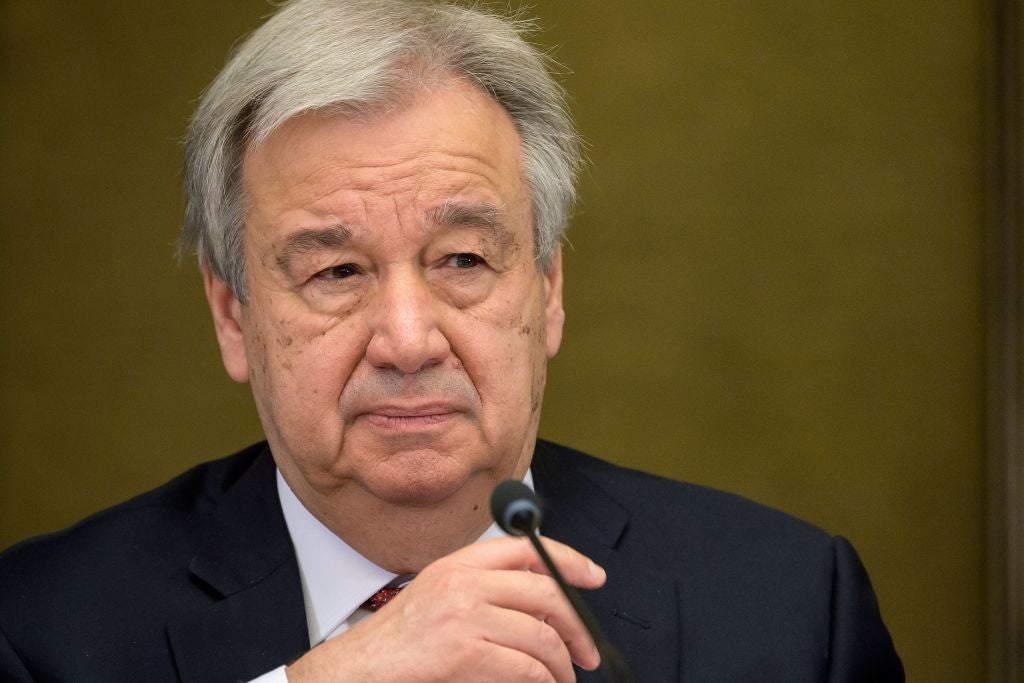 In his closing speech at the Insurance Development Forum Summit on 8 June, António Guterres, secretary general of the United Nations, gave insurers a clear message: “We need net-zero commitments to cover your underwriting portfolios, and this should include the underwriting of coal and all fossil fuels.”

Insurers can have a very direct impact on the fossil fuel sector through their underwriting policies. If fewer insurers are willing to insure fossil fuel projects and companies, premiums soar and in some cases projects may not advance.

Last year, insurance broker Willis Towers Watson reported that coal-sector companies are facing premium rate increases of up to 40%. In May, a contractor on the controversial Adani coal mine project in Queensland revealed in an appeal to the Australian Parliament that it was unable to find an insurer willing to underwrite its contracts on the project.

But more needs to be done, says ShareAction, which recently ranked 70 of the world’s largest insurers based on a questionnaire about environmental, social and governmental factors.

The investor-focused NGO’s report revealed that insurers with a property and casualty (P&C) business were consistently showing discrepencies on their underwriting policies than their respective investment teams. This implied that the latter teams were taking a stronger stance on excluding fossil fuels from their portfolios than their underwriting counterparts.

ShareAction found in the case of coal that one in four (26%) property and casualty (P&C) insurers with coal exclusion policies for their investment activities published no similar guidelines for underwriting – remarkably, given the direct exposure they have to climate change.

Report author Felix Nagrawala says: “Sustainability scores were lower for underwriting than investment across the board… It shows that the insurance industry is yet to realise the systemic risks that climate change, biodiversity and rights violations pose to the economy.”

These rating bands are calculated relative to peers based on the number of standard deviations from the mean score that insurers are awarded for their responses to a survey. The poll breaks down a number of questions across four themes, which are weighted according to their perceived importance: Governance (31%), climate change (23%), biodiversity (23%) and human rights (23%).

For climate change, some of these questions are based on exclusion policies, such as what percentage of assets under management is covered by policies placing restrictions on sectors such as thermal coal mining. But there are questions on the positive impacts of their underwriting and investment activities.

Overall, the approach of insurers to responsible investment and underwriting was ‘insufficient’, found ShareAction. Of those surveyed, 46% received the lowest rating (E), while 17% received a D rating, and none received the highest or second-highest ratings of AA and AAA.

For example, Germany's Allianz is mentioned as having particularly strong climate risk mitigation policies in place. The insurer aims to reduce the impacts of climate risks by incentivising preventative measures to increase clients’ resilience and compensating for climate-related damages.

Part of a narrowing trend

Despite ShareAction’s concerns, there are reason to be cheerful. Capital Monitor analysis of separate rankings of insurers’ fossil fuel policies – specifically coal – over the past three years reveals the gap between underwriting and investment policies is narrowing. In other words, the underwriting departments are increasingly adopting the same strict policies.

By examining three separate sets of annual rankings on lead insurers’ policies on coal industry underwriting and investing from campaign group Insure Our Future, Capital Monitor found that while in 2018 the average scores for investment policies were 62% higher than for underwriting, by 2020 that gap had narrowed to just 11%.

Insure Our Future uses a different scoring methodology to ShareAction, focusing more specifically on exclusion. It considers ruling out all insurance for all types of thermal coal infrastructure – such as coal mines and power plants – as a strong underwriting policy, for example.

On the investment side, a strong coal policy covers all types of thermal coal that is not consistent with a 1.5°C pathway as well as companies providing pipelines and other transportation infrastructure to related projects. It will also assess exposure via equities and bonds, actively and passively managed funds, insurers’ proprietary assets, and assets they manage for third parties.

In Insure Our Future’s 2020 assessment, no company received more than half of the available points for total fossil fuel investment or underwriting, which includes oil and gas.

In its latest policy update, Allianz lists the policies already in force that cover its investment portfolios, but will only additionally cover P&C insurance portfolios as of 2023. Its current investment policy restricts companies deriving more than 30% of their generated electricity from thermal coal (utilities) or revenues (mining companies) until the end of December 2022.

One insurance firm that has moved from a negative to positive score is France's Axa. In 2019, the company strengthened its underwriting policy from banning the underwriting of new and existing P&C businesses with any coal-related project, to including restrictions at a client level.

It also precludes any companies that derive more than 30% of their turnover from coal, have a coal-based energy mix of over 30%, or mines that extract more than 20 million tonnes of coal annually. Some of these policies have been covered in its investment portfolio since 2017.

The closing gap between insurers’ underwriting and investment policies demonstrates that insurers are waking up to the catastrophic risks posed by insuring and re-insuring coal and coal-linked companies.

“I think we’re now seeing a closing of that gap. But there are still companies that have divested from coal that are still underwriting coal,” says Peter Bosshard, global coordinator of Insure Our Future.

He believes the financial incentive for insurers to keep insuring companies they don’t want in their investment portfolios remains compelling; insurance contracts are typically rolled over year by year, providing short-term financial gains.

“Insurers have a more direct self-interest in divesting because they realise that many of these assets are getting stranded and that’s a continuous process," says Bosshard. "The longer you hold on to those assets, the more you lose out.

“Meanwhile, I think many insurers have realised they may also have a self-interest in restricting underwriting for coal because of the liability from climate lawsuits… and, of course, there’s also reputational damage.”

But while the influence of public scrutiny is having an impact on policy, there are signs insurers could be going to ground, and with the support of government.

At the end of April, Canada’s federal energy regulator granted a request from the government-owned Trans Mountain oil pipeline – the construction of which is hotly opposed by indigenous groups and activists – to keep the names of its insurers secret.

For the eagle-eyed, it’s not too difficult to figure out who could be linked to such deals. French re-insurer Scor, for example, is the only company that features on a list compiled by environmental organisation StandEarth of the insurers that haven’t yet ruled out providing cover to Trans Mountain.

Scor is cited as having a tar sands policy for investment, stating that it does not invest in companies for which oil sands represent more than 30% of their total reserves – but not for underwriting, therefore enabling it to be a part of this controversial project.

Nevertheless, the direction of travel is becoming increasingly clear: more insurers are committing to no longer insuring fossil fuel companies. In the 2020 Insure Our Future report, six new insurers haven chosen to end or limit their coal insurance since 2019, bringing the total number to 23. The report also states that at least 65 insurance companies divested from coal last year – almost double the number for 2019.

Another innovation in the ESG insurance space is the new Net-Zero Insurance Alliance, which was announced in April and includes seven insurers that are already leaders of the Net-Zero Asset Owner Alliance.

Clearly, insurers are recognising the importance of exiting fossil fuels for good, although whether they’re moving fast enough, and in line with the latest International Energy Agency recommendations, is less certain.