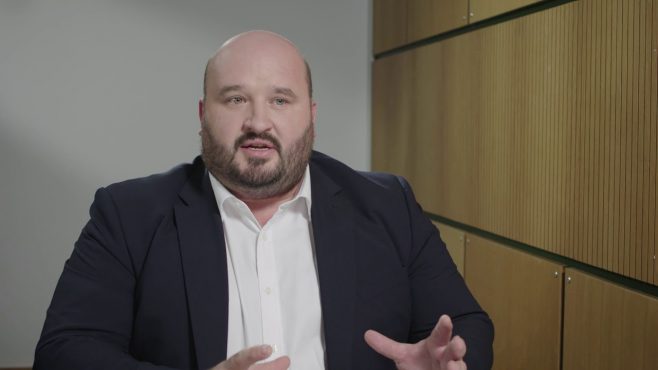 In November, an influential global asset owner-led initiative, the Transition Pathway Initiative (TPI), published an independent analysis into the 1.5°C alignment of 140 global energy companies. The TPI’s findings are important because they form the basis of the investor-led Climate Action 100+ assessments of companies vying to reach net zero by 2050.

Under any interpretation, the TPI’s results were bleak: only 10% of companies aligned with a path to 1.5°C in 2050, while the majority (57%) failed to align with any of the TPI’s temperature benchmarks.

In the oil and gas sector the results were worse: just three companies – TotalEnergies (recently rebranded from Total, to signify its shift to a more diversified energy company), Occidental Petroleum and Eni – were deemed to be on track. Despite this poor result, it raised the eyebrows of a handful of campaign groups and individuals, who argue the analysis was, in fact, too generous. Reclaim Finance went on the attack, arguing that the TPI’s conclusions were “both too good to be true and technically impossible” as they only align with 1.5°C on a long-term basis.

In response, the TPI clarified the purpose of its assessment. It says it provides a “wide range of indicators, and different, complimentary analyses”, which should not be applied in isolation. It does not look at the feasibility of targets, but, rather, it assesses their ambition.

A closer analysis of the TPI’s assessments, as well as what it isn’t able to measure, reveals key issues with oil and gas majors’ net-zero targets, which Capital Monitor believes investors must look out for.

2050 targets are not enough

Let’s take a look at the TPI’s two-pronged methodology. Firstly, it assesses an individual company’s management quality, based on 19 indicators – ranging from whether or not the company acknowledges its role in climate change, to whether a company links CEO remuneration to climate targets.

Secondly, the TPI assesses the carbon performance of companies, using quantitative benchmarking based on different scenarios consistent with the Paris Agreement, including the International Energy Agency’s latest projections for a 1.5°C pathway. This is a significant step forward from previous benchmarks, where the TPI has used a below-2°C. scenario. Its benchmarking is sector-specific and focuses on emissions intensity rather than absolute emissions.

The TPI considers the alignment of three oil majors to its 1.5°C benchmark as progress, although even those that perform the best in the TPI’s assessment – Eni, TotalEnergies, and Occidental Petroleum – are set to align just before the 2050 deadline.

This analysis has sparked a debate around the meaning of alignment. Henri Her, energy analyst at Reclaim Finance, says that late alignment with net-zero benchmarks equates to misalignment.

For example, based on the TPI’s pathway, TotalEnergies only aligns in 2047: “They’re aligned for a really brief time,” says Her. “And for all those years they are not aligned, they will keep emitting way too much carbon in the atmosphere and contributing lots to global warming.”

Indeed, TotalEnergies forecasts a 35% growth in gas production between 2019 and 2030 and will dedicate around 80% of its investment capacity to oil and gas production in that time despite a shift towards renewables. That a company can reduce its emissions intensity while increasing overall output is why campaign groups such as Reclaim Finance take issue with the TPI’s focus on intensity rather than absolute emissions.

In response to Reclaim Finance, the TPI reinforced its belief that, even if oil and gas companies are not aligned now, “if they deliver on their targets, they will bring their emissions intensities below low-carbon benchmarks in the long term”.

It adds: "Unfortunately, science does not give an unambiguous answer to exactly when an individual company needs to align. That is why we choose to show the whole pathway for each company. Investors may decide how to act on the information."

Give us interim targets, please

The TPI’s comments earmark a long-held concern that many companies are failing to provide valuable interim net-zero targets. In September last year, the TPI, along with the Institutional Investors Group on Climate Change (IIGCC), published the 'Net Zero Standard for Oil and Gas', calling on the corporate sector to set clearly defined short, medium and long-term plans to reduce greenhouse gases. At present, only 63 out of 140 energy companies were found to set greenhouse gas emissions targets, according to the TPI.

Although critics of the TPI’s research have valid arguments, the ability to base assessment off self-disclosure is a challenge for everyone.

David Bamford, director at climate consultancy Future Energy Partners and former head of exploration at BP, says, among other factors, the lack of consistent reporting standards means that taking oil majors’ future ambitions at face value is a dangerous assumption. “There is much talk of distant nirvanas, faraway promises that are difficult even for energy professionals to assess, risk and value,” he says.

Bamford believes it would be wise for investors to ask the following: what did a company do last year and what does it plan for the next three years, and how is C-suite remuneration tied to the outcomes and performance, focusing very specifically on greenhouse gas emissions?

But what about expansion?

Another significant gap in oil majors’ reporting, which the TPI does not measure, is capital expenditure for expansion. In its latest net-zero analysis, the International Energy Agency claims that no new oil and gas developments are needed beyond 2021, yet each of the oil majors are continuing exploration in search of sites for expansion.

A 2020 report from Oil Change International, a research and advocacy group focused on exposing the cost of fossil fuels, reveals that of the oil majors (BP, Chevron, Eni, Equinor, ExxonMobil, Repsol, Shell, and TotalEnergies) only BP disclosed plans to stop exploration (and this was limited to new countries), while none committed to stop approving new extraction projects. It also finds that none of the oil majors exclude carbon offsetting from their plans, which is not reflected in the TPI’s methodology, as this "goes beyond an oil and gas company’s own transition efforts".

The report concludes: "By stopping investments in new fields, stopping putting new reserves into production, and accelerating the phase-out of some existing production, oil and gas production would decline at a pace aligned with 1.5°C."

Adam Matthews, chief responsible investment officer at the Church of England Pensions Board, which has over £3bn of assets under management, and TPI co-chair, agrees that oil majors’ capital expenditure on exploration is a key indicator – as is investment into renewables – but, despite asking them for this information in last year’s round of disclosure requests for the Climate Action 100+ net-zero company benchmark, the response was poor.

“Hardly any companies could meet it because it was a new request from investors,” says Matthews. “My expectation is that in the next round of assessment you’ll probably see more evidence of company disclosures in that regard.”

For investors who cannot wait that long, there are some organisations attempting to shed light. In November 2021, environmental non-profit Urgewald released its Global Oil and Gas Exit List, capturing expansion data from research firm Rystad Energy's database. The authors attempt to determine which companies are preparing to bring new oil and gas assets into production.

A handful of institutions – such as Italian insurer Generali, which is one of the only financial institutions with a conventional oil and gas insurance policy – are guided by such findings. According to Urgewald’s list, which also includes information on how oil majors’ activities impact local or indigenous communities, Shell has the third-highest average annual capital expenditure on oil and gas exploration.

It’s not just about supply

Matthews says that, ultimately, the transition of oil and gas majors is reliant on the relative demand for energy: “We can put all the pressure we want on the listed companies… And we can get all the commitments that we can from them, but unless we change demand, those companies themselves won't be able to deliver on any commitments they've made.”

This year, Matthews says investors have got to “flip this relentless focus on just the suppliers of energy to actually who's demanding the energy and ensuring that they've got proper targets that mean that they're changing their business models”.

“Ultimately, then," he adds, “that means companies can transition.”