Spare capacity? The Australian retailer is moving to cut carbon and waste. (Photo by Carla Gottgens/Bloomberg via Getty Images)

Supermarket operators are generally quick to highlight the sustainability of their food sourcing, but it is only more recently that they have started to embrace green financing.

French hypermarket chain Carrefour inked the sector’s first sustainability-linked loan  in December 2019. It was a €3.9bn ($4.6bn) deal to refinance two loans with 17 key performance indicators (KPIs) linked to targets related to waste, biodiversity and supporting both suppliers and employees.

Its peers are following suit. Australia saw the first sustainability-linked loan for a supermarket operator and the largest such issue in its retail sector on 25 August. The Coles Group, the country’s largest supermarket chain and second-largest retailer, agreed a A$1.3bn ($950m) series of four-year year sustainability-linked loan bilateral debt facilities to replace existing commitments.

Such facilities are commonplace in the capital markets and are similar to club deals. Coles declined to reveal the precise breakdown of the loans, but all have identical documentation for the sustainability elements. That is why they are bundled up as a single deal.

The sustainability-linked loan means Coles – rated Baa1 and BBB+ by Moody’s and S&P, respectively – has extended its liabilities by four years and that almost half of the company’s borrowing is now in a sustainability format. Coles has A$625m conventional loans due in 2024 and A$790m the following year. 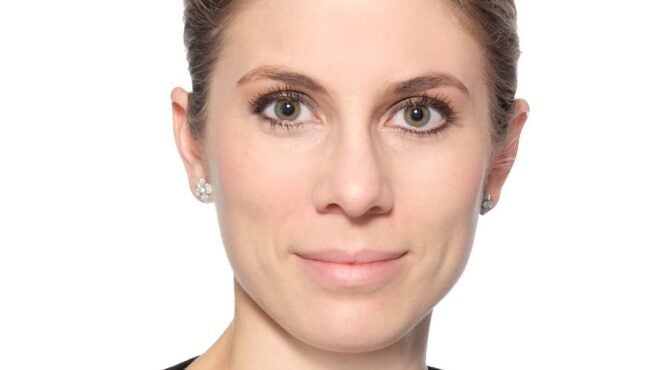 Noemie Peiffer, Asia-Pacific head of sustainable finance at BNP Paribas, says Coles’ KPIs are ambitious, as they should be to satisfy such a loan’s criteria. (Photo courtesy of BNP Paribas)

Coles published its sustainability strategy in March and the sustainability-linked loan “draws a direct line between our sustainability performance and our cost of capital”, chief financial officer Leah Weckert tells Capital Monitor.

The company went with three KPIs, whittled down from an initial list of 17, says Tania Smith, a director in Australian bank ANZ’s sustainable finance team. The Melbourne-based bank was another sustainability co-ordinator for the sustainability-linked loan, while KPMG was the external verifier.

And the targets are “ambitious”, as they need to be to satisfy sustainable financing criteria, says Noemie Peiffer, Asia-Pacific head of sustainable finance in the global banking division at BNP Paribas. “They have to be firmly quantified, firmly traced and firmly rooted into the sustainability strategy of the clients,” she says.

Although none of the targets for the sustainability linked loan has been made public, the first is linked to Scope 1 and 2 greenhouse gas emissions – those associated with electricity purchases and from direct operations.

Those emissions had already declined 36.5% between 2009 and last year as a result of improved energy efficiency through the use of renewable power in some stores and refrigeration management.

Slight tweaks to the temperature inside the stores may seem minor, “but when you aggregate that across hundreds of stores in their network across every state in Australia, they add up”, says Smith. Coles has around 2,500 retail outlets across the country. 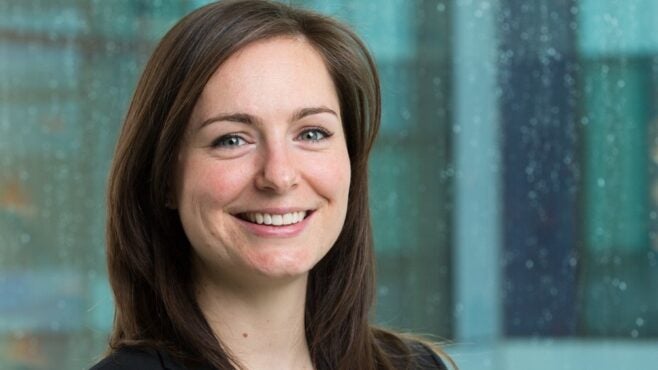 Scope 3 emissions – those that are part of Coles’ value chain but over which it does not have direct control – are not part of the KPIs for the sustainability-linked loan but will fall within future reviews of the company’s plans, Healey says.

Indeed Coles has already started to report Scope 3 emissions in its most recent sustainability report. Last year they fell 9% to 275,640 tonnes of carbon dioxide equivalent. For KPIs to be included in sustainability-linked loans, they must be backed by at least three years of historical data, peer comparison and industry benchmarks.

The loan’s second KPI target is focused on waste. Again, precise details have not been released, but Coles aims to divert 85% of its supermarket waste from going into landfill by 2025. The figure rose to 79% from 74% last year, largely down to the company’s focus on managing food waste (see chart below).

In 2020 Coles’ donations to Australian food charity SecondBite increased by 21%, donations for animal feed by 42% and the use of organics bins (for composting or renewable energy production) by 45%.

However, the company says its progress on managing waste has been constrained by a range of issues, including the limited number of recycling facilities and varying policies between states and at a national level.

But infrastructure restrictions are not the only issue, says ANZ’s Smith. “Because [waste management] relies on each individual doing the right thing, it’s very much a behavioural-based metric.”

Coles’ progress on managing waste is constrained by issues such as the limited number of recycling facilities and varying policies between states and nationally.

The coupon on the Tesco loan, which BNP Paribas also worked on, falls if the retailer achieves three targets: cutting its Scope 1 and 2 emissions, sourcing renewable electricity from on-site generation or from the grid under power purchase agreements, and reducing food waste.

Yet Coles’ sustainability-linked loan also incorporates a diversity-focused KPI - again details have not been released. It focuses on boosting the share of women in leadership positions to 40% by December 2023. Last year, the percentage of women in leadership rose 0.9 percentage points to 34.2% (see graph below). This was mostly due to an increase in female supermarket store managers.

The interest rate on the loan will fall if Coles hits all of its targets and rise if it does not. The company declined to reveal details of the step-up/down.

Most sustainability-linked loans in Australia are structured to have symmetrical pricing, and the discount/premium is between three and six basis points.

The bond is directly linked to Woolworths’ emissions-reduction performance, says chief financial officer Stephen Harrison. It includes a 25bp step-up if the group misses its Scope 1 and 2 emissions targets. The Sydney-based conglomerate has cut these emissions by 27% since 2015 and has targeted 63% by 2030.

Woolworths had already issued the domestic retail sector’s first green bond in April 2019: a A$400m five-year deal with a 2.85% coupon.

Such developments from big and influential players are welcome, given the importance of sustainability in the food and beverage industry.