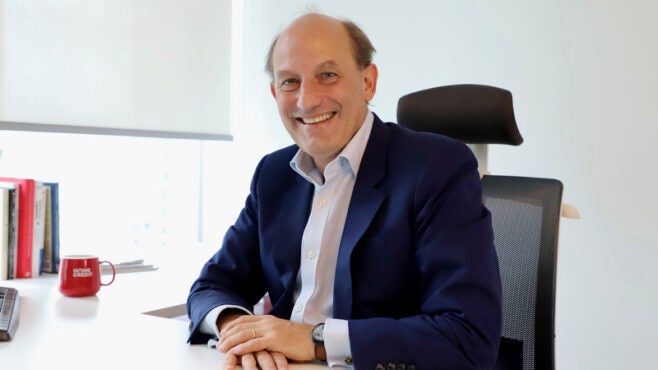 Jean Lafontaine of Home Credit says the company now has an ESG debt framework and a structure for measuring key performance indicators for such deals. (Photo courtesy of Home Credit)

Poor financial inclusion and education are major issue in the Philippines, as they are in many emerging markets. Nearly half (47%) of the Asian country’s population remained unbanked as of mid-2021, according to a survey by the central bank. That figure has at least improved markedly since 2017, when it stood at a whopping 77% – and when 9% of people did not even know how to open a bank account.

Accordingly, the first ESG loan taken out by Czech consumer finance firm Home Credit – specifically its Philippine unit – is linked to Sustainable Development Goal 4 (Quality Education). Arranged by Deutsche Bank, the one-year sustainability-linked deal was dated 21 December, but details such as the size were not made public. It is part of a larger facility and is likely to be rolled over, says Jean Lafontaine, Home Credit’s group head of funding, treasury, M&A and investor relations.

The deal reflects rising interest from the financial sector in the social pillar of ESG, including financial education, after the vast bulk of global green, social and sustainability (GSS) debt issuance so far has focused on Sustainable Development Goal 7 (Affordable and Clean Energy).

Home Credit has been at the forefront of financial education in the Philippines since the financial literacy campaign it launched in 2016, entitled ‘Juan, Two, Three’. It is also known for its emphasis on equality – the gender ratio of both its staff and its board is almost 50/50.

Accordingly, when the company published its first ESG report in November last year, group chief external officer Jan Ruzicka called it an “evolution rather than a revolution”.

Home Credit spends a lot of time talking to people in rural and economically underdeveloped areas about what credit is and how it works, says Lafontaine. “We pride ourselves around the world, historically, [on having] given people their first loan and… their first credit score,” he tells Capital Monitor. “That is what I would call financial inclusion – bringing people into mainstream finance.” 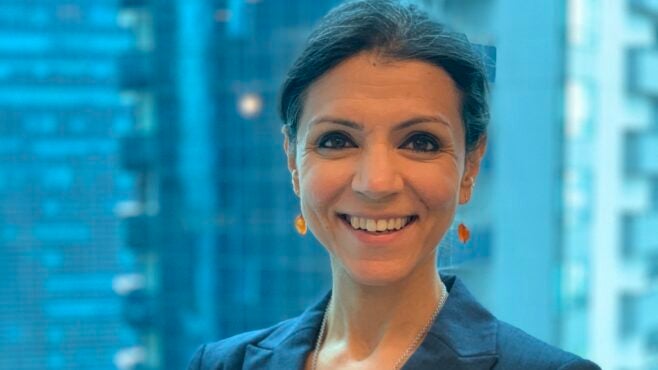 Kalpana Seethepalli of Deutsche Bank says the key performance indicators for the Home Credit deal had to be “concrete and measurable” and aligned with globally established standards for governance. (Photo courtesy of Deutsche Bank)

Founded in 1997 by late Czech billionaire Petr Kellner, who died in a helicopter crash in April last year, Home Credit has operations in nine countries – including China, India and Russia – and across Central and Eastern Europe and Southeast Asia. It expanded into the Philippines in October 2013.

With a business model based on making high volumes of small loans, Home Credit is data-rich, enabling it to incorporate granular detail into its education key performance indicator (KPI). The targets are based on the number of financial literacy sessions delivered and the number of new customers added, broken down further into those new to credit and those who are female.

Digitisation push in the Philippines

The second KPI ties in with – but is not directly linked to – a push by the central bank to digitise the country’s financial services industry. It is based on Home Credit providing at least 60% of its loans via electronic channels, up from 52% in 2020 and 20% the year before.

Speaking in November, the governor of the Philippines central bank, Benjamin Diokno, said digitisation was a priority for two reasons: it ensured robust economic growth and encouraged financial inclusion. “Technology allows the underserved sectors – such as low-income earners and people from remote areas – to easily access affordable financial products and services, including credit for livelihood activities,” he added.

The use of mobile technology is changing very rapidly, says Lafontaine. “People have phones but may never have gotten credit before.”

The second KPI also has a link to financial education in the Philippines and elsewhere, in that it helps distribute online learning services. Home Credit estimates that its digitalisation campaigns – which incorporate videos, webinars and even gamification on how to use credit – reached 60 to 65 million people globally last year. “We’re using all of the social means possible,” says Lafontaine.

The final KPI is based on ensuring Home Credit only uses data for agreed purposes, in line with the group’s increased focus on privacy over the past couple of years, particularly since the adoption of a Group Personal Data Protection Framework in 2020. The framework reflects data protection best practice and incorporates data protection principles and rules in the countries where Home Credit operates, the company says.

The transaction pays a lower interest rate than a conventional loan, with a step-up that kicks in if the company misses its KPIs, calculated on the principal from the first day of the loan year.

Home Credit last came to the market in the Philippines with a conventional loan in mid-January 2021. In a deal, coordinated by Citigroup, it arranged a two-year facility of up to 6bn pesos ($116.7m) with an interest rate of 5.12%, 375 basis points over the three-month BVAL rate, Bloomberg’s pricing of interest rates.

The KPIs for the latest deal had to be “concrete and measurable” and aligned with globally established standards for governance, says Kalpana Seethepalli, director of ESG for Asia-Pacific at Deutsche Bank. The emphasis on the social element of ESG was driven by Home Credit’s commitments to financial inclusion, she adds.

Home Credit will employ an independent third-party company to measure and verify the KPIs, though it is yet to choose which one. What it does now have in place, though, is an ESG debt framework and a structure for measuring the KPIs – which was a key incentive for undertaking the transaction, says Lafontaine.

The company is also likely to roll out similar ESG loans in other parts of its network. “With Deutsche Bank, we are looking at other countries,” he adds. “I think this is the beginning of something.”

Meanwhile, Home Credit’s latest transaction aligns with a push by the Philippine authorities to boost what remains a small GSS debt market, with just $993.2m of bonds raised last year across five issues. That was down from a peak of $2.3bn in 2019 (see chart below), and total outstanding issuance at the end of 2021 was $3.8bn. Figures for GSS loans in the country, meanwhile, are hard to come by.

The fall in GSS issuance reflects the trend in the wider Philippine corporate bond market. It is a result of “uncertainty in the domestic economic recovery”, the sluggish performance of the peso against the US dollar and the lingering effects of Covid-19, said the Asian Development Bank in its latest economic report on the country last year.

However, issuance is expected to pick up this year thanks to support from the central bank. Last week, the Philippines launched its inaugural sustainable finance framework, and Diokno said he was considering streamlining regulation to encourage green loans and bonds.

“We are now looking at the potential use of preferential rediscount rates or provision of higher loan values to enable banks to extend green loans or finance sustainable investments,” he told the audience at the Asian Financial Forum 2022 on 10 January.

If the global trend is anything to go by, GSS debt issuance in the Philippines will soon gain momentum – likely driven by more landmark deals focused on achieving various SDGs.