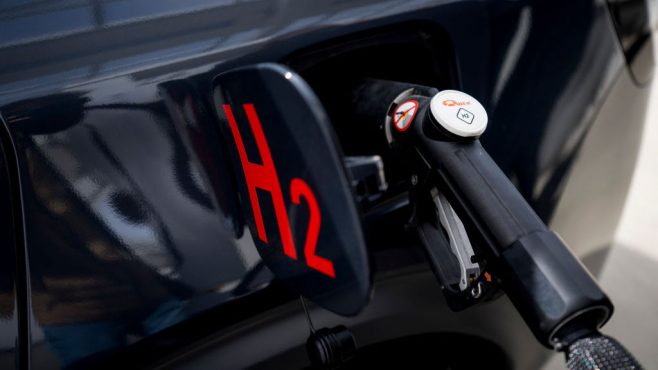 Hydrogen is touted as a fuel that will help wean the world off oil and gas. (Photo by Jasper Jacobs/Belga Mag/AFP via Getty Images)

France’s Air Liquide sold a debut €500m ($607m) ten-year green bond in late May, with the industrial gas group paying the lowest coupon it has ever paid on that maturity of issue. It did so, even as the ‘greenium’ – the premium paid for green over conventional debt – had almost vanished. This was largely down to the sustainable projects for which the proceeds would be used, most notably the focus on a growing hydrogen business.

The issue is a way of aligning the company’s financing strategy with its corporate strategy, says Jacques Molgo, deputy chief financial officer of Air Liquide, which has become the first industrial gas producer to issue a sustainable bond. It is highly likely the company will come to market with other similar deals in the next two years, he adds.

The world’s second-largest supplier of industrial gases had previously dabbled in sustainable debt in a very limited manner. In October 2012 it became Europe’s first corporate to sell a socially responsible investment bond with a €600m 2.125% nine-year issue. The proceeds went into the company’s home healthcare business. 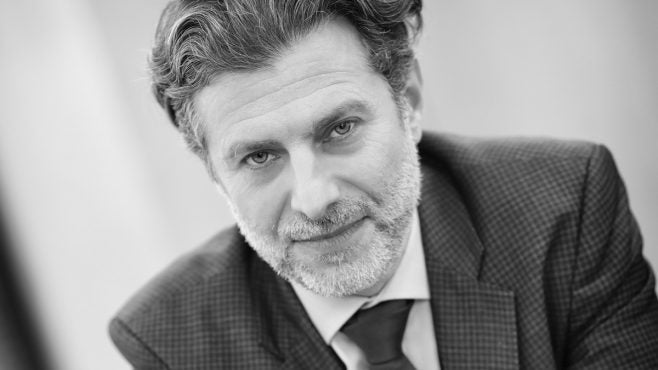 Markets have changed drastically since then. The latest bond, rated A-/A3 (Standard and Poor’s/Moody’s), was nearly five times oversubscribed and saw its books filled within 32 minutes, peaking at €3.3bn, Molgo says. At the start of May, rating agency Moody’s had affirmed the Air Liquide’s A3 rating and upgraded its outlook to “positive”.

Crédit Agricole was the sole sustainable structuring adviser on the deal – the proceeds of which will be used for sustainable projects – and was also joint bookrunner alongside BNP Paribas, HSBC, Natixis and Société Générale.

The banks were able to tighten pricing from the initially mooted mid-swaps plus 60 basis points (bp) to guidance of 30–35bp before the bond finally priced on orders of €1.7bn at mid-swaps plus 28bp.

That is the lowest rate that Air Liquide has ever paid on ten-year debt.

It is also a clear indicator of how much the prices of ESG and conventional bonds have converged. The spreads of green and other ESG issues against non-sustainable debt benchmarks in Europe have tightened from around 15bp in 2019 to 9bp in the first quarter of 2020, to roughly 1bp this year (see chart below).

Green premiums had tightened for corporate green instruments to virtually 0bp in April, confirmed the London-based Association for Financial Markets in Europe in its first-quarter ‘ESG Finance Report’.

This has come on the back of strong demand. Euro-denominated green bond issuance for the first five months of this year alone amounted to €2.6bn, up from €1.97bn for the whole of 2020, according to rating agency Standard and Poor’s (S&P).

Nonetheless, companies can still extract a pricing advantage for bonds that offer something new.

“I can see differentiated pricing… dependent on the story,” said Sam Lukaitis, London-based director of global capital markets at private equity firm Carlyle, speaking at an S&P webinar on ESG financing on 14 June.

“So maybe there’s a lower ESG margin for one company and a higher ESG ratchet for another because [the latter is] doing something that is far more impactful,” he added. “That will grow in importance over time.”

And so it proved for Air Liquide. A ten-year €500m bond issued by the company in March last year priced at mid-swaps plus 140bp. That suggests this year’s debt saved 112bp on the previous issue.

But Molgo argues that last year’s bond was an outlier, reflecting difficult market conditions at the time. Bankers say fair value on the day of the issue for a ten-year issue was mid-swaps plus 33–35bp, giving Air Liquide a saving of 5–7bp on conventional financing.

Around half the book (52%) went to French investors, then to those in Germany and Austria, then Switzerland and Benelux. The vast bulk of investors were asset managers (57%), followed by pension funds (16%) and central banks (11%), with corporates making up the rest.

What made the bond stand out in the market and for investors was the use of proceeds, say bankers close to the deal.

“We are the first industrial gas company not only to publish these kinds of objectives but also to offer a sustainability financing framework and to print a green bond,” says Molgo.

The proceeds will be used for projects that will align with four Sustainable Development Goals (SDGs): 3 (Good Health and Well-being), 7 (Affordable and Clean Energy), 8 (Decent Work and Economic Growth) and 9 (Industry, Innovation and Infrastructure).

ESG ratings provider Sustainalytics provided the second-party opinion for Air Liquide’s sustainable financing framework. It describes the funding as “credible” and “impactful”, with its focus on the energy transition, reducing greenhouse gas emissions, and healthcare.

Key to this assessment is Air Liquide’s plan to promote hydrogen as a driver of a low-carbon economy, says Sustainalytics.

Air Liquide has invested close to €600m in new hydrogen solutions since 2014, S&P says in a late April report. The gas producer stands to benefit from its “established presence in the traditional hydrogen market, technological expertise, and early participation in some of the most advanced pilot projects across the blue [hydrogen – for which the carbon emissions are captured and stored] and green hydrogen [generated from renewable energy sources ] value chains”, the rating agency adds.

The company’s hydrogen business had annual revenues of around €2bn last year. It intends to invest €8bn in the low-carbon hydrogen supply chain by 2035, by which time it says that revenues from hydrogen will triple.

Meanwhile, Air Liquide is also targeting a one-third fall in its scope 1 and 2 carbon emissions by the same year from a 2020 base level, and carbon neutrality by 2050.

On the healthcare front, 15,000 hospitals globally use the oxygen and hydrogen produced by Air Liquide. Further underlining the sustainable nature of the latest bond's proceeds, the company says it intends to help rural communities in low and middle-income countries access medical oxygen through its partnerships with non-government organisations.

Hydrogen is regularly cited as the great hope to help the global economy shift away from its reliance on oil and gas. In addition to the power sector, car manufacturers, shipping and airlines are all looking closely at the fuel.

While hydrogen has been touted as a replacement for hydrocarbons in the past, this time the calls have some weight. The technology that backs it up is now cheap enough to be realistic. More to the point, however, governments are taking the need to decarbonise seriously, and hydrogen is seen as key to that.

“We see huge potential for the hydrogen ecosystem to develop, for various industries, in order to achieve the Paris Agreement,” said Glenn Llewellyn, vice president of zero-emission aircraft at Airbus, speaking at the Financial Times’ Hydrogen Summit in April.

Air Liquide looks to have set a noteworthy precedent for other gas producers.