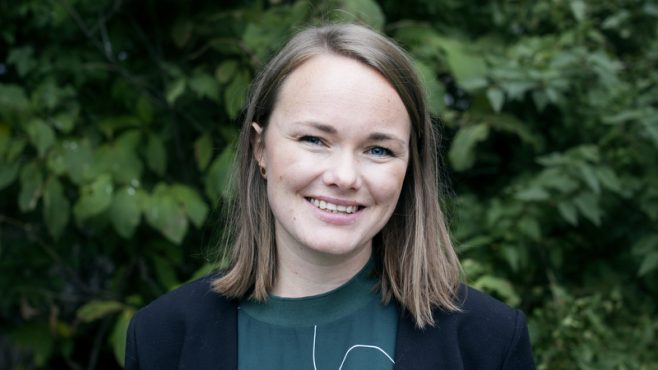 Torunn Brånå of Kommunalbanken (KBN): “We wanted to support our clients’ change by lowering the cost of capital for green investments.” (Photo courtesy of KBN)

When it comes to addressing climate change, Norway is ahead of the curve, having announced its intention in 2007 to become the first carbon-neutral country. In line with such thinking, its local government funding agency is working to implement an ambitious strategy – underpinned by a green lending programme ­– to help reduce the nation’s reliance on fossil fuels.

Kommunalbanken (KBN) plays a key part in contributing to Norway’s efforts in achieving its environmental targets, through the strength of its position in the market and its role in the economy. The country, which relies heavily on revenues generated by the petroleum industry, plans to reduce its greenhouse gas emissions by as much as 55% by 2030 from 1990 levels.

As the largest provider of credit to the local government sector, with a loan book of around NKr300bn ($34.9bn), KBN has long played its part in the growth of sustainable finance in Norway. It started providing green loans in 2010 and in turn borrows via issuing green bonds to finance that lending (see graph below). As such, it looks well positioned to help drive the decarbonisation of the country’s municipalities and county authorities.

“[Our green lending programme] is considered an important tool for achieving Norway’s national emissions reduction targets by our owner, the state,” says Harald Jacobsen, KBN’s head of sustainability and a member of the board.

The programme is growing rapidly. As of January, KBN had $2.9bn equivalent in green loans outstanding, representing 9% of its total lending book. The bank expects that figure to rise to 10% by the end of the year and is targeting at least 20% by the end of 2025. In 2020, new green loans represented one-third of net lending growth.

KBN expects the ratio of green to conventional loans to rise naturally, as its long-term lending book matures. But it uses green loans as a tool for driving environmental projects, so extends them to new activity rather than for refinancing. No new loans are granted to vehicles using fossil fuels.

Meanwhile, the bank last year adopted a target to cut emissions generated from its own activities by at least half by 2030 from their 2019 level. In its scope 3 emission figures KBN currently only includes emissions associated with flights taken by employees and the residual waste it produces. But in the long term it wants to measure and report all emissions generated from sources outside of its control, such as by its suppliers and from its lending portfolio.

In its 2021–2023 strategy, Building a Sustainable Society, published last year, KBN sets out near-term objectives ahead of what promises to be a challenging decade ahead for its clients, as their fossil fuel tax revenues are set to decrease.

The agency has made climate risk an important part of the evaluation criteria that the local government sector must apply when making investment decisions. Sharing its expertise in climate risk is part of its social function and an aspect of its strategy in building a sustainable society.

The agency’s strategy centres around raising awareness of the impact of climate risk and promoting green finance. A key player in the standardisation of green bonds, KBN joined the executive committee of the International Capital Market Association (ICMA) Green Bond Principles in 2017. It also acted as chair of the technical and environmental working group for the Nordic public sector issuers’ Position Paper on Green Bonds Impact Reporting.

KBN was also an early mover in structuring innovative green loans. It has been offering discounted lending for climate-friendly investments since 2010 and financing it with an early example of sustainable debt issuance.

The bank uses the net proceeds of green bonds mainly to finance projects evaluated as eligible under its green bond framework. Eligible transactions must help reduce greenhouse gas emissions, improve energy efficiency or work towards climate change adaptation. The environmental impact of such projects must be estimated and documented

KBN offers green loans at lower interest rates than for conventional financing. KBN gives a 10 basis point discount on margins to green lending, on a fixed or floating basis. There is no sliding scale on the discount offered, neither are interest payments linked to specific targets at the borrower level, as they increasingly are for sustainable lending in the wholesale market. All types of loans with a term longer than three years can qualify as green.

“We wanted to support our clients’ change by lowering the cost of capital for green investments through a reduced margin,” says Torunn Brånå, head of green finance at KBN. “[This approach] has been successful in making sure environmental concerns are taken into consideration when clients undertake projects.” 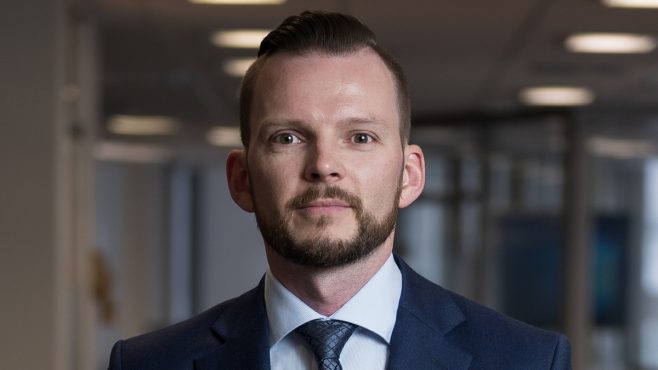 By June this year, KBN had financed 280 green projects, contributing to an estimated reduction in CO2 emissions of 50,454t. Projects started in 2021 included construction of the Fosslia Care Centre in Stjørdal Municipality and the Bodø Spektrum swimming pool. The former development is expected to contribute a 92t reduction in CO2 per year and the latter a 6t reduction.

The bank’s commitment to the environmental cause is further underlined by its approach to real estate. Its requirements on lending to the sector, which accounts for 73% of its book, are more stringent than the government guidelines for the industry.

“Our criteria reference the national building code, but to be accepted into our loan portfolio they should be at least 20% more energy-efficient,” says Brånå.

KBN matches its green lending criteria to the promises made to its own investors under the ICMA Green Bond Principles. For every new green bond issued, it ensures the corresponding lending meets the principles and is aligned to the UN’s Sustainable Development Goals.

“By borrowing money for green projects through green loans, our customers get [indirect] access to the green bond market without having to set up a separate green bond framework and deliver their own annual reporting to investors,” says Jacobsen.

KBN’s requirements on lending to the real estate sector, which accounts for 73% of its book, are more stringent than the government guidelines.

Interestingly, appetite for sustainable bonds from Asia had helped establish KBN’s green finance scheme. “The bank’s decision to start the green funding and lending programme was based on demand from Japanese investors,” Jacobsen says. Green bonds were a new and developing market in 2010, but Japan was for some time the biggest market for such issuance, according to the Climate Bonds Initiative.

KBN first issued bonds with a green purpose in 2010, according to data provider Refinitiv. Then in 2013 it published its first green bond framework and started issuing debt under it, as the first financial institution in the Nordic region to do so.

In 2016 the framework was labelled as ‘dark green’, the most stringent and environmentally friendly of the three shades awarded by second-party opinion provider Cicero. This category is assigned to projects that correspond to the long-term vision of a low-carbon and climate-resilient future.

KBN published its most recent update in March this year. “[The update] reflects recent developments in sustainable finance and sustainable business in general,” says Brånå.

It also places greater emphasis on climate-related risks. Physical risk assessments are now part of the documentation for all physical structures financed through green loans. And the agency seeks to raise awareness of the impact climate risk may have on local communities.

The local government sector faces a number of environmental risks, including:

With this in mind, KBN last year updated its climate risk tool for the local government sector. The tool assembles climate risk data and information relevant to Norwegian municipalities, and advice on how such risks may be managed.

Since its move into green finance a decade ago, KBN has made a major contribution to the development of the sustainable funding market. It is an example of what governments can do to tackle climate change from the ground up.