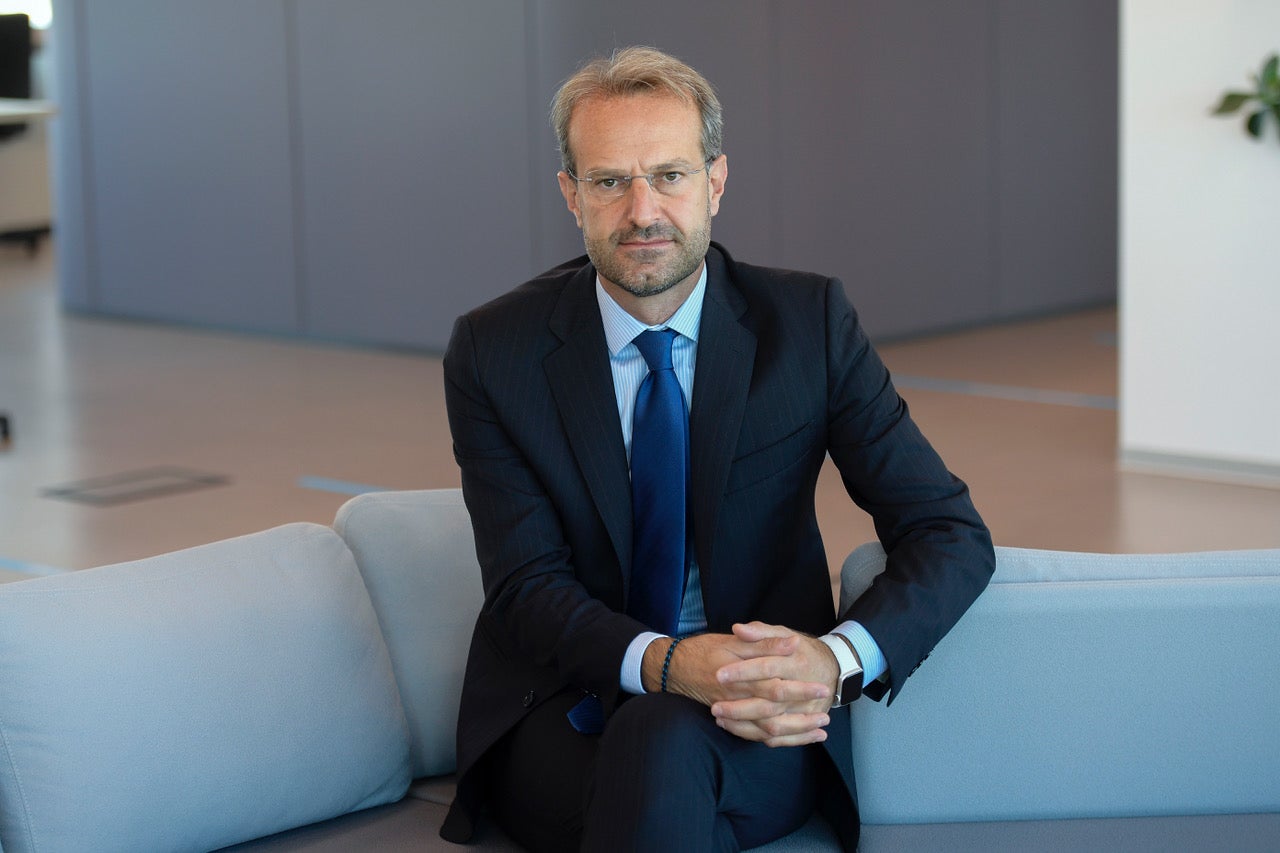 It seems counter-intuitive to suggest that the aviation sector can be linked to the concept of sustainability – after all, estimates indicate that it is responsible for around 3% of global carbon dioxide emissions.

Aeroporti di Roma (AdR), which aims to achieve net carbon neutrality by 2030, would beg to differ.

In late April, the Italian group, which manages Rome’s Ciampino and Fiumicino airports, sold a €500m ($600.3m), 1.75% fixed-rate, ten-year sustainability-linked bond (SLB). This is the first contribution by an airport operator to the SLB market, which swelled by 131% to $160bn last year, according to not-for-profit organisation Climate Bonds Initiative.

By any financial metric the deal was a blow-out success. Yet there is no getting away from the fact that AdR remains the main airport system in Italy and the seventh-busiest in Europe, with 49.4 million passengers flying to some 240 destinations worldwide in 2019, according to data provider ACI Rapidex.

Indeed, Joshua Kendall, head of responsible investment and stewardship at London-based Insight Investment, is generally sceptical about airports raising financing in this manner. “It is unclear how airport providers can claim to be green when they support a currently unsustainable mode of transport,” he says. The £753bn ($1.05trn) fund house did not take up any of the issue.

Marco Troncone, AdR’s chief executive since April last year, addresses this dichotomy head-on. One reason he planned the bond was because of “finger-pointing within the industry” and to “clear the name” of the airport sector, he told Capital Monitor last week.

“We are not denying that there is a certain footprint in the aviation sector, but the answer cannot be ‘let’s not fly any longer’,” Troncone adds. “We may advocate a switch to rail [travel] when it comes to short distances, but for medium to long-haul routes, the answer cannot be to sail across the Atlantic Ocean, however fascinating that might be.”

AdR thus decided to embark on the deal to have a consistent financial strategy that was increasingly focused on green projects, he says. “But we also wanted to choose an innovative and convincing transaction at a time when greenwashing is a concern.”

Investors certainly liked what they saw. Books for this deal were more than five times oversubscribed, at their peak hitting €2.7bn. Bank of America and Crédit Agricole acted as joint structurers, while the bookrunners were Barclays, Goldman Sachs, IMI-Intesa Sanpaolo, Mediobanca, Société Générale and UniCredit. AdR is rated Baa3/BB+/BBB-.

The level of demand allowed banks to tighten pricing by 30 basis points (bp) from the mooted initial price of around mid-swaps plus 210bp. In the end, the bond went at mid-swaps plus 180bp, and priced slightly below par to achieve a yield of 1.875%. This meant the bond priced at a 7bp discount, banks involved in the deal said.

The paper was almost entirely taken up by European investors, with UK and Ireland buyers making up 59% of the book. Fund managers and asset owners represented the bulk (89%) of purchases, with banks and private banks accounting for 9%.

The road to AdR’s sustainable debt intentions was initially paved with a €300m nine-year green bond in November last year.

While that issue was tied both to a solar energy project and the expansion of the airport’s low-carbon transport infrastructure, the latest one is in an SLB format because the funds are linked to sustainable performance targets.

In fact, AdR had originally planned an SLB last year, says Troncone, but it took time to put together a new sustainability-linked framework and to create “a meaningful and convincing set of objectives”.

There are three detailed sustainable performance targets for the new issue, all of which reference the reduction of direct and indirect carbon dioxide emissions. The step-ups – the increase in the bond coupon if these performance targets are not met – are significant. They increase by 12.5bp if one is not met, 19bp if two are missed, and 25bp if AdR fails on all three counts.

Key performance indicators for the SLB’s first target include a shift towards photovoltaic power plants and certified green electricity, and replacing the airport’s ground fleet with electric vehicles.

The second target is for the airport to maintain its Airport Carbon Accreditation (ACA) Level 4+ rating – a carbon management certification programme – which is up for review in 2027.

At the start of April, AdR became the first European member of an elite club when it achieved ACA Level 4+ for its plans to achieve net-zero carbon dioxide emissions by 2030. The only other airports to boast the same are Dallas Fort Worth International in the US and Indira Gandhi International in Delhi, India.

That was a boost for AdR as it planned the bond. “It gave us a lot of credibility on the roadshow and gave our presentations a bit of spice,” says Troncone.

The third target is to reduce passenger Scope 3 emissions by 7% by 2027, through measures such as improving rail and bus access to the airport and introducing charging points for electric vehicles.

This metric was the hardest to define because it is outside the airport’s direct control, Troncone says. The targets had to be the right balance of commitment and risk so “it took some time”, he adds. “We can push, we can ask, we can advocate, but, of course, we are not in direct control of passengers.”

Sustainalytics, the ESG ratings provider that signed off the bond, labelled the first of the sustainable performance targets “adequate” and the second and third “strong”.

Elephant on the runway

All this being said, there is a significant elephant on the runway. While AdR’s sustainable performance targets include passenger emissions, they exclude aircraft-related emissions.

Such issues can be partly put down to the airport being an early mover with the SLB, Troncone suggests.

As we are at the very early stages of decarbonisation, it’s too premature to commit in detail on something that is not really clearly defined.

“As we are at the very early stages of decarbonisation, it’s too premature to commit in detail on something that is not really clearly defined in terms of action plans,” he says. Once there is visibility, both from regulators and the broader industry on how airlines will decarbonise and that sustainable fuel is the answer, he adds, then “it will become clear what part we can play in this respect”.

But many of the carbon-reduction solutions that have been proposed around aircraft remain, ahem, pie in the sky. Hydrogen-powered aeroplanes, for example, are often cited as a hope but the technology is simply not there yet.

“A [hydrogen-based] solution has to be a viable Airbus size to have any dramatic impact or even measurable impact. I’ve yet to see a design that’s engineered to ensure passenger safety,” said Alan Epstein, professor emeritus at the Massachusetts Institute of Technology, speaking last month at the Financial Times’ Hydrogen Summit.

Still, the direction of travel is clear. Green and sustainable financing in the airport sector is becoming more commonplace.

The Netherlands’ Royal Schiphol Group was Europe’s first airport operator to enter the space in 2018. And at the end of August last year it sold its third green issue, a €500m 12-year bond at mid-swaps plus 100bp, as part of a €1.2bn financing package.

And at the end of April, Korea’s Incheon International Airport Corp sold a $300m five-year Regulation S bond at 99.465 to yield 1.361% or US Treasuries plus 52.5bp. (There are two types of US bonds sold: Regulation S and 144a. The former are sold in US dollars but not to onshore – US institutions, for example – while the latter are also in US dollars, but offered onshore.)

Not all airport operators are on board with the sustainability trend, however. At the end of April, the Airport Authority Hong Kong announced a HK$400m ($51.5m) four-year expansion of business aircraft facilities at the territory’s airport. The move will expand the site by 50% and quadruple the size of the executive terminal. This might make financial sense, but private jets are estimated to produce up to ten times more carbon dioxide per passenger than commercial flights.

By contrast, while AdR’s new SLB may not quite clear the airport industry’s name, at least it is piloting in the right direction.

Topics in this article : airports , aviation