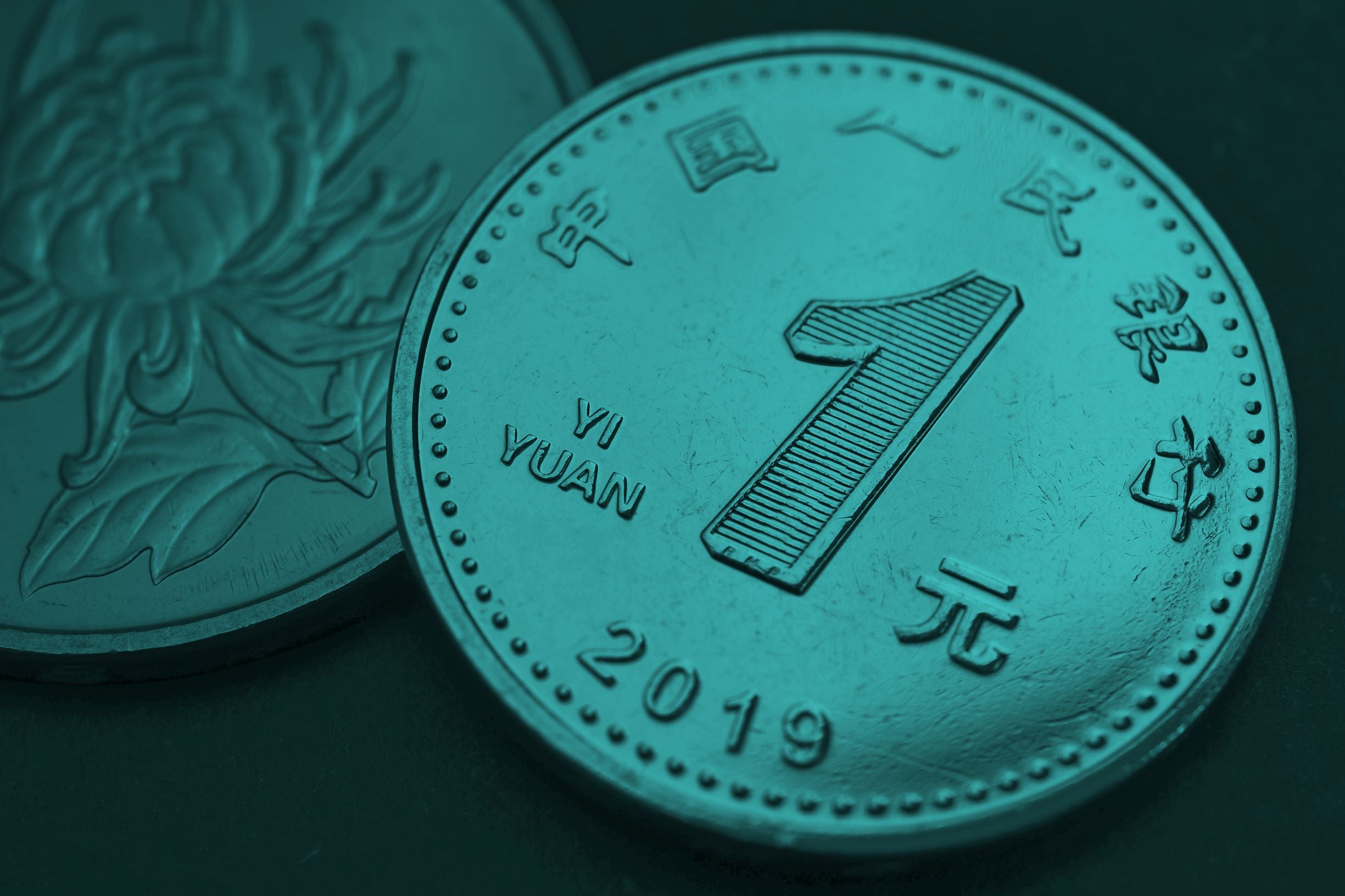 The development of Chinese green bonds is promising, but there’s still a way to go. (Photo by Deacons Docs/Shutterstock)

The China green bond market is on the up. Chinese companies issued 119 green bonds in 2020, 34 more than in 2019, according to data from Refinitiv. Out of those 119 issues, 103 were designated for the onshore Chinese market.

The overall volume of Chinese green paper in the offshore market (including non-China-headquartered companies) reached $185bn and 342 issues, up $15bn and 39, respectively, on the year before.

Given 2020 was a write-off for many, the numbers overall signal an increasing appetite for both issuing and buying Chinese green bonds. “The issuance peaks in the onshore and offshore markets together accounted for around one-fifth of global new green bond deals in 2019, ranking top among all countries,” remarked Fitch Ratings in December 2020.

Although Refinitiv was unable to provide any data on the types of investors who bought the primary-issued offshore bond paper, it is safe to assume that most of them would have been asset managers.

Whereas commercial banks are the biggest buyers of onshore Chinese bonds, that title goes to mutual funds when it comes to their offshore equivalents. Offshore markets are, according to Pictet Asset Management, “more impacted by US base rates movement, global risk sentiment, and credit spread change”.

A drop in the ocean

Either way, such numbers are tiny compared to the volume of outstanding debt originating from Chinese companies. The onshore renminbi market alone is well over $13trn in size, of which about $10trn is corporate debt, according to S&P Global figures.

To its credit, China has taken a lead in mandatory environmental impact reporting. Fitch Ratings, among others, acknowledges that policymakers’ continued emphasis “to improve the regulatory framework related to green bonds under the target of transitioning to a low-carbon, sustainable economy” is a key driver for the green bond growth.

In 2015, the People’s Bank of China (PBoC) issued its first guidance for the inter-bank market defining what projects would be suitable for green bonds, and the National Development and Reform Commission (NDRC), the regulator responsible for corporate bond issuance, issued its equivalent definitions a year later.

Most recently, the PBoC updated the eligible use of green bond proceeds in June 2020. And in October, five government ministries set a target of containing climate change using financial tools. Six green finance pilot zones – a common policy mechanism in China – have also been set up to trial policies. Local governments in Jiangsu province and Shenzhen are providing subsidies, capped at Rmb2m and Rmb500,000, respectively, to green bond issuers.

In the case of the corporate sector, areas covered by the NDRC guidelines include: green urbanisation – energy saving and transport; clean and efficient use of energy; new energy – hydropower, wind, nuclear, solar, bioenergy, geothermal, marine and air energy; ecological agriculture; and the so-called ‘circular economy’.

It is this basis upon which the green bond market in China has taken off. In fact, the UK-headquartered Climate Bonds Initiative has worked closely with the PBoC in advising the central bank on how to develop its guiding principles and with providing an international perspective to its oversight.

But, despite the policy drive provided by China’s top regulators, fund managers acknowledge that investors outside of China remain sceptical about what they are buying into. Understandably, China Inc. has a reputation for lacking transparency.

Aware of this perception, the local asset management industry has looked to bolster credibility. For example, Ping An Asset Management’s Hong Kong operation (Ping An AM HK) launched its China Green Bond Fund in late 2019, focusing primarily on offshore Chinese green bond debt. In its most recent and inaugural annual impact report, the manager is quick to leverage the reputation of its parent financial services group, Ping An.

China’s second-largest life insurer became the country’s first asset owner to sign up to the UN Principles for Responsible Investment, had its ESG rating upgraded by MSCI from BB to A in 2020, and was the first mainland Chinese insurance company to be included in the 2019 Dow Jones Sustainability Index. It was also an early adopter of the Task Force on Climate-related Financial Disclosure standard (TCFD).

According to Grace Ng, a senior fixed income portfolio manager at Ping An AM HK, the firm is keen to boost the credibility of its green bond fund (currently around $100m in size).

“This year we may look to partner with external bodies who can help us conduct [further] impact analysis,” says Ng. “You cannot expect one manager to do everything all by itself. So, assuming we operate the same methodology, and make the same assumption in terms of calculation, it could be a good idea to get such parties to do it for us.”

Albeit only one investor, Ping An AM HK’s green bond prospectus offers up a useful insight into China’s green bond story.

The green bond fund mainly invests in “international standard-aligned green bonds predominantly issued by China issuers via the Bond Connect or an RQFII channel for exchange-traded bonds”. A key reason for this is that the offshore market will offer more secondary liquidity.

The fund is exposed to fewer than 50 issuers, which in turn are deploying the proceeds of their debt into 800-plus green projects. Analysing the impact of these schemes, as Ng alludes to, is where the challenges lie.

But, a result of the policies set in place by government, the fund can track with confidence the impact of its investments.

Take clean energy, for example. The report states: “The power generated out of clean energy and savings from efficiency improvement projects have reduced the carbon footprint in our atmosphere by 135,012 tons of CO2 per annum, equivalent to over 27,000 fossil fuel passengers’ cars removed from the road for a year.”

However, the small size of the fund is indicative of a lack of eligible bonds in the marketplace. As time progresses this will be less of an issue, but monitoring the real impact of these investments certainly won’t be, irrespective of the mandatory reporting requirements.

International investors will be aware of bond indices, such as the Bloomberg Barclays Global Aggregate Index, tracking China’s bond market and pulling in large volumes of indexed funds with it. S&P Global predicts foreign investor holdings of Chinese bonds could hit between $4trn and $5trn by 2030. And, as much as China has been highly proactive in regulating the green bond market, the overall bond market itself lacks a level of transparency that investors are comfortable with.

It’s very hard to know how far the government, or quasi-government entities, will back failing credit.

A major divide is the relationship onshore ratings agencies have with the marketplace. In China, agencies are not allowed to provide low credit scores, curtailing their capacity to act independently. More than 80% of the local ratings on non-financial corporate issuers are AA or above, remarks S&P Global.

Another factor is the lack of understanding on how deep the state’s tentacles reach into China’s private sector. It’s very hard to know how far the government, or quasi-government entities, will back failing credit. With rising defaults in this area, it seems China’s top brass are willing to slowly withdraw the implicit state guarantee, but don’t assume too much just yet.

Until more fundamental changes take place within the Chinese bond market and, arguably, the culture of openness at the central government level, the development of green bonds may find itself inhibited by general investor sentiment.