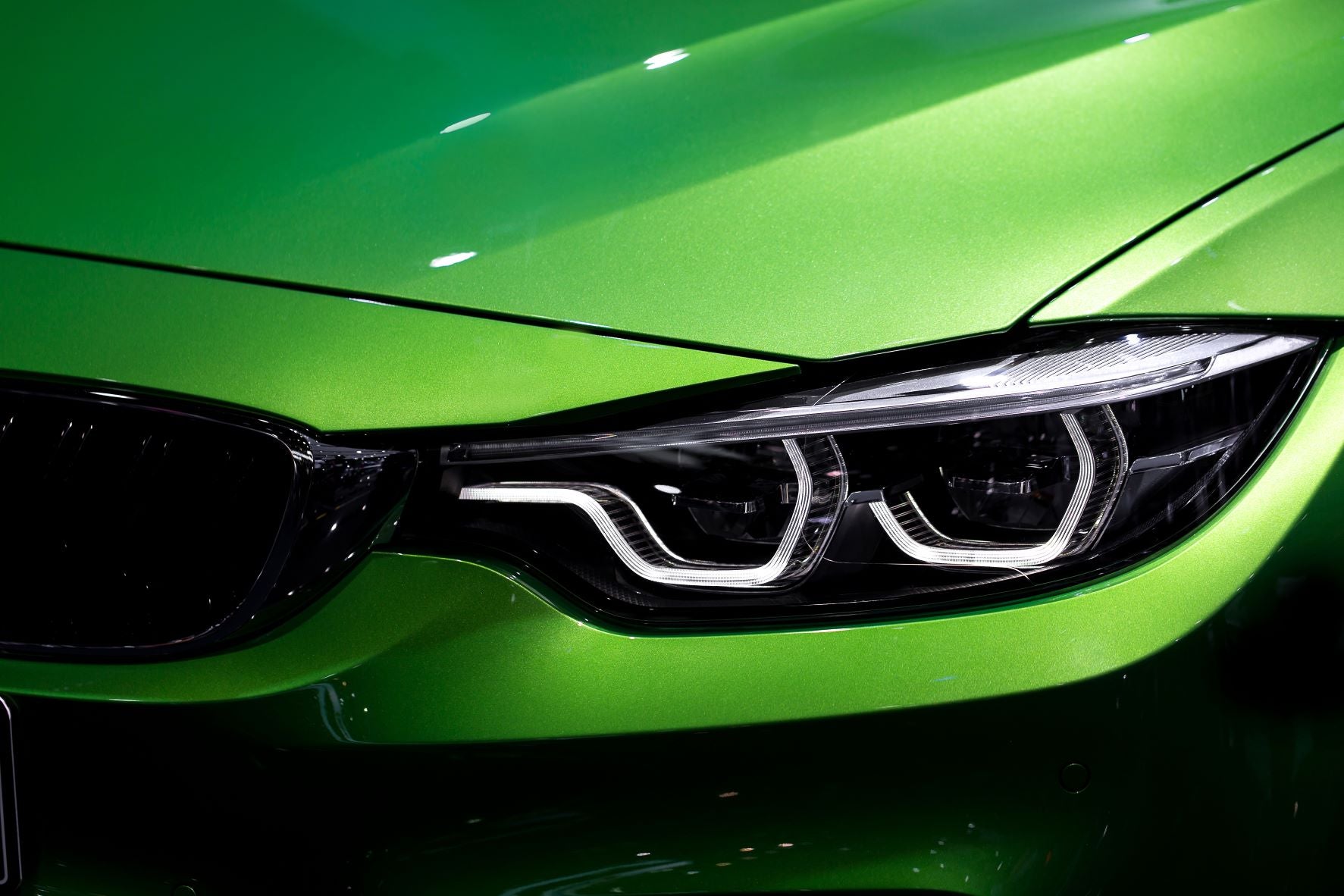 Europe’s automotive industry has been slow to embrace sustainable financing. It has faced scepticism over how green any such debt can really be – given the transport sector accounts for 23% of global greenhouse gas emissions, according to Bank of America. That’s not to mention the havoc wreaked on the industry by the Covid-19 pandemic.

Nonetheless, a handful of the continent’s car makers have dipped their toes in the green bond market. Since September, for example, Daimler, Volkswagen and Volvo have all sold green bonds. But the proceeds for all three target the development of electric vehicles rather than the wider industry.

Enter Valeo, a French manufacturer of high-tech auto parts focused on smart mobility and intuitive driving. At the end of July, the company issued the first sustainability-linked bond to come from the automobile sector in Europe.

There is a difference in structure between green and sustainability-linked bonds. Proceeds for the former – the criteria for which are generally seen as being easier to satisfy – can be used for green projects in general, while the latter’s coupons require specific targets to be hit.

The key performance indicators (KPIs) for Valeo’s €700m ($830.9m) 1% seven-year deal target cuts not only in Scope 1 and 2 carbon emissions – those directly produced by the company – but also in those generated by its customers and suppliers and categorised as Scope 3. These goals form part of Valeo’s commitment to reducing carbon dioxide emissions by 23.5% by 2025 and 45% by 2030, as it continues down a well-established route. For the record, the firm has also committed to be totally carbon-neutral by 2050.

The sustainability-linked bond deal is “completely aligned” with the company’s internal strategy for carbon neutrality, says Anita Leibenguth, director of group finance and treasury. Indeed Valeo published its first environmental policy and launched an environmental audit programme a decade ago.

The bond’s two KPIs are linked to Sustainable Development Goals 7 and 13, which target clean energy and climate action, respectively. The first, as mentioned above, is to reduce carbon dioxide emissions by 45% by 2030 and to do so without any recourse to carbon offset actions. This is described by second-party opinion provider ISS ESG as “ambitious”.

To achieve its Scope 1 and 2 emission aims, Valeo says it intends to invest more than €400m to increase the energy efficiency of its operational activities. The plan is to increase the group’s low-energy consumption from 5.5% in 2019 to 50% by 2025 and 80% by 2030, by using a mixture of wind and solar power at the group’s sites.

Valeo has committed to using an external auditor to verify the reporting and ultimately to publishing the name of the said firm.

A trickier task will be reducing the Scope 3 emissions produced by the company’s suppliers. It wants to cut them from 48.5 million equivalent tonnes of carbon dioxide in 2019 to 37.3 million by 2025.

To achieve this, Valeo has ambitions both upstream – for its suppliers – and downstream, for its end users (see above chart). For the former, the company has set emission-reduction targets and demanded that carbon dioxide emissions be integrated into suppliers’ design specifications. For the latter, Valeo is developing its low-carbon technology to use in electric vehicles as well as targeting lighter materials and alternative technologies.

The company will conduct the necessary assessments using an internal data collection and verification system on an annual basis. While this KPI is measurable and quantifiable, it does not reference an external standard because there is not one commonly used in the market, says ISS ESG.

For the bond’s second KPI, Valeo says it will buy more from suppliers that are subject to its own sustainable manufacturing policies. It aims to raise the proportion of such suppliers on its roster from 80% this year to 81% next year and to 82% by 2025.

That is not as straightforward as it may sound. It has taken the company since 2014 to reach the 80% mark. And, as ISS ESG notes, that final 20% “represents a huge amount of much smaller suppliers and extremely small volumes of purchasing”. 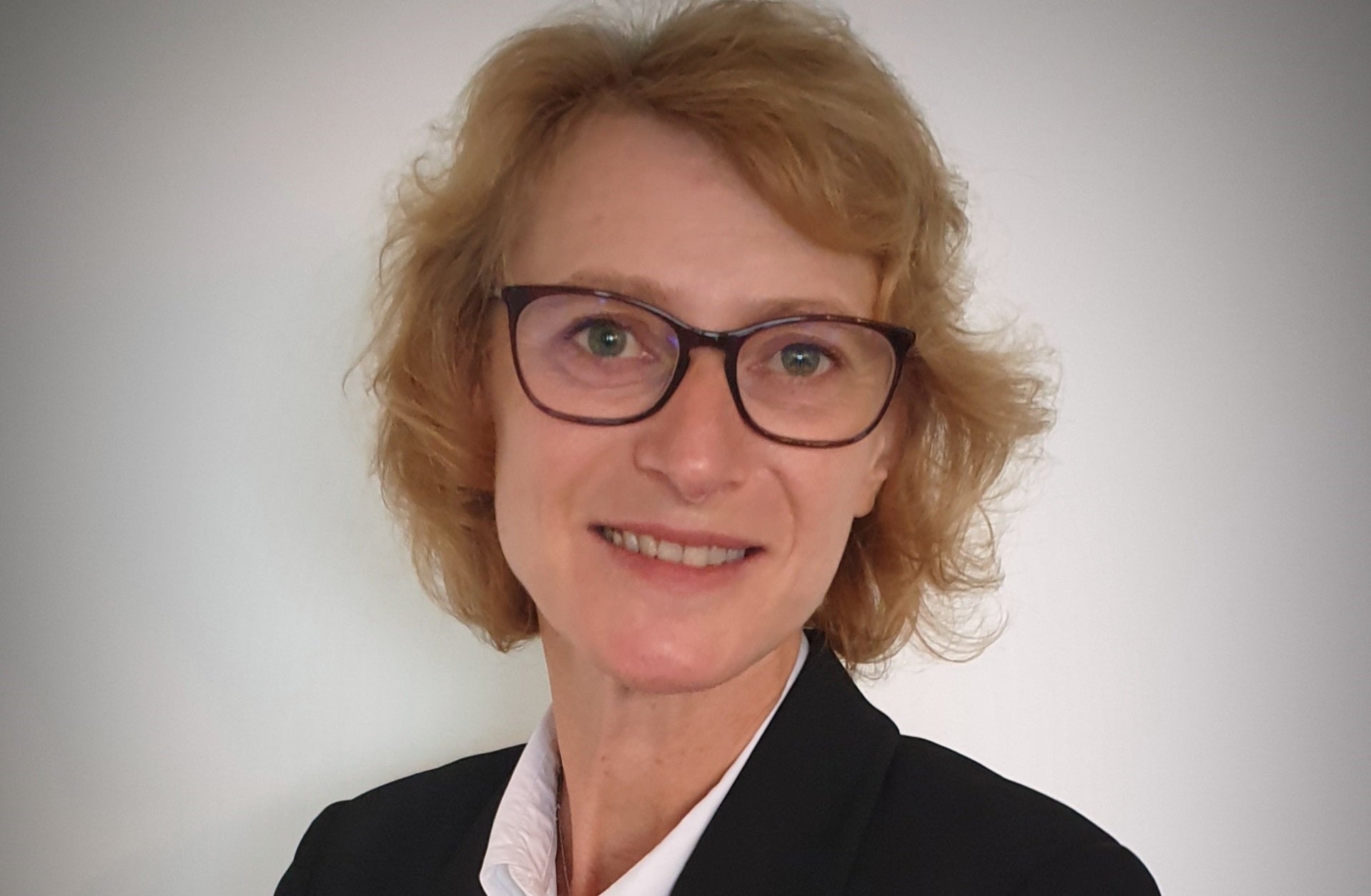 Anita Leibenguth of Valeo expects issuance of green and sustainable bonds to become the trend across the auto industry. (Photo courtesy of Valeo)

Still, there has been buy-in from said suppliers, whose sustainability performance is assessed on an annual basis, says Thierry Lacorre, Valeo’s investor relations director. “We work closely with our suppliers to achieve our CO2 emission targets, and they are not surprised by our requests.”

Valeo has a very strong incentive to ensure they stay on track. The bond has a steep step-up of 37.5 basis points (bp), should the company miss the targets of its first KPI at the end of 2025, and another in August 2028, when it matures. The second KPI is not included within the step-up criteria because it is not externally verifiable

Proceeds for this sutainability-linked bond will be used to refinance current debt and a €600m bond due in September next year. The company still has €3.1bn of debt outstanding out to August 2028 and a loan from the European Investment Bank with €300m outstanding that is due in 2029.

Despite the transaction coming at the start of the summer hiatus, it attracted significant investor demand. Following a two-day roadshow and some 25 one-on-one meetings, €2.3bn worth of orders came in for the sustainability-linked bond. As a result, the bank arrangers were able to tighten pricing by 30bp from where the deal had first been marketed to mid-swaps plus 125bp.

Positive financial results for Valeo gave a further boost to book-building. On the day before the issue launched, the company reported a 31% bounce in sales for the first six months of the year to €9bn and a rebound to post €90m in profit after a loss of €1.2bn in the same period last year.

Two-thirds of the questions from investors on the roadshow focused on the results and one-third on the automotive sector and ESG policy, says Anthony Passelande, vice-president of Société Générale’s debt capital markets team, which ran the deal. “We got questions about decarbonisation and carbon dioxide emissions, as well as specific questions regarding the KPIs.”

The Valeo bond shows the automotive industry has entered a “virtuous circle”, with ESG having an impact across the value chain. Giulio Baratta, BNP Paribas

This is not the first sustainability-linked bond from the auto parts sector – that came from Mexican auto parts manufacturer Nemak at the start of July in the form of a €500m 2.25% seven-year bond.

But that deal was not used as a pricing comparison. For one thing, Valeo is an investment-grade credit, rated Baa3/BB+ (Moody’s/S&P) to Nemak’s Ba1/BB+/BBB-. French names are also viewed as less risky than certain ones from emerging markets.

So when pricing the deal, bankers looked to French car makers such as Peugeot and Renault and US equipment provider Wabtec. The latter sold a €500m 6.5-year 1.25% green bond at the end of May.

Fair value for the Valeo deal was seen as mid-swaps plus 130bp. That suggests the company saved itself 5bp on the interest it would have paid on a conventional bond.

Valeo’s Leibenguth reckons the trend to issue green or sustainable debt is likely to continue across the auto industry and could become “market practice” and a route down which the company expects to go in the future.

Giulio Baratta, head of European debt capital markets at French bank BNP Paribas, which was a global coordinator on the deal, says the bond shows that the automotive industry has entered a “virtuous circle”, with ESG having an impact across the value chain.

Certainly, the deal comes as the auto industry has had to reinvent itself after the “perfect storm” last year of Covid-19 and rising sector trends such as electrification and digitisation, says Oleksiy Soroka, senior high yield credit strategist at Dutch bank ING.

The pandemic offered a “window of opportunity” for companies in the automotive sector to reposition themselves towards the sector trends of electrification and digitisation, according to a late-November report from investment bank Lazard.

As befits a cutting-edge manufacturer, Valeo has seized the chance with aplomb and put down a strong marker for its industry peers.