In association with PRI 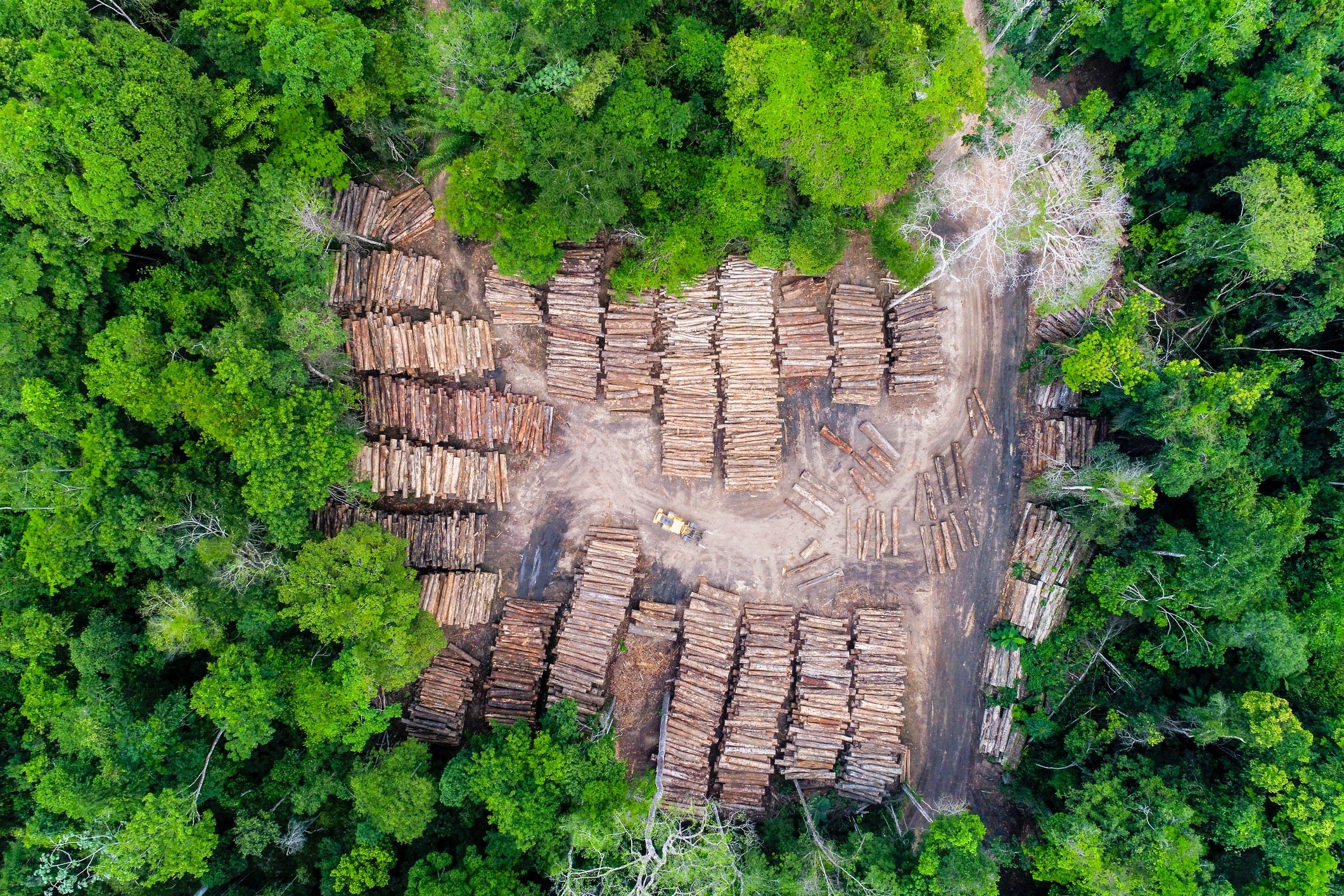 The loss of forests in countries such as Brazil has had an unprecedented impact in terms of greenhouse gas emissions and biodiversity loss. (Photo by Tarcisio Schnaidervia Getty Images)

Climate change and biodiversity loss are the most pressing challenges for investors and deforestation is a key driver for both. Deforestation is a systemic risk; its impacts are cumulative and irreversibly affect nature’s ability to support life on the planet, as well as provide the resources essential to commerce and the global economy.

The scale of deforestation has increased rapidly in recent years. In 2020, primary tropical forest loss was a staggering 44% greater than in 2014. Between 2010 and 2020, net forest loss stood at 4.74 million hectares per year.

Repurposing land for agriculture is a major factor in this loss, accounting for 73% of deforestation worldwide, as well as for 23% of total greenhouse gas emissions globally. Data shows that the drivers of deforestation are majorly connected with the production (and consumption) of three commodities: cattle, soy and palm oil.

Forests are not only the source of livelihoods for 22% of humanity, but they also absorb 40% of the world’s greenhouse gas emissions while performing high-value ecosystem services.

The impact of deforestation is felt mainly in areas of tropical rainforests that are highly efficient carbon sinks and hubs of biodiversity. The loss of these forests, mostly in Brazil and Indonesia, has had an unprecedented impact in terms of greenhouse gas emissions and biodiversity loss. Estimates suggest that protecting forests could provide between 16–30% of the climate change mitigation required to keep global warming within 1.5–2°C.

So what is being done to address the issue? As it stands, not enough. The time is now to move from commitment to action on forests.

We have come a long way since the New York Declaration on Forests in 2014 to equip investors with the tools and data they need to act further and faster than we’ve seen thus far. There are still challenges, around the availability of data, low political will and general awareness. Nonetheless, once the message is clear and aligned among the investors on the top of these chains, investees will be held accountable and should report harmoniously.

It is possible the Taskforce on Nature-related Financial Disclosures, or TNFD, will provide us a framework for reporting on nature, starting with deforestation. Also, on the ground, there are champions across the stakeholder landscape that have shown it is possible to implement traceability of these supply chains and expand the production of commodities over already cleared areas that are productive but not in use, particularly in Brazil.

Collective action is utterly vital to achieve meaningful changes on halting deforestation. Governments and regulators, as well as investors, must align their asks of disclosures for companies’ metrics for tracking progress and practices to manage this risk.

Time and again, we see improved outcomes when firms act jointly to develop and implement science-based roadmaps on issues such as this. As seen with the growing number of collective net-zero initiatives, investors are stronger together; able to exert concentrated pressure on the most egregious offenders to change their practices, reporting on progress jointly, and act together to develop mutually agreeable standards on issues such as disclosures. A disparate approach will simply not yield the results we need, particularly within the time frames required.

The PRI has helped to facilitate various groups designed to act on deforestation, but the rapidly increasing loss of biodiversity and the role the issue has to play in macro efforts to curb emissions underlined the importance of stepping up these efforts.

In July this year, the PRI launched the Sustainable Commodities Practitioners’ Group (SCPG), bringing investors together to coordinate with their peers while beginning to align their asks, metrics and practices on deforestation over 18 months.

A total of 46 investors, representing $30trn in assets under management (AUM), are now members of the SCPG, with the group’s programme of work covering deforestation as: a material financial risk, a distinct investment policy, metrics for monitoring and reporting, and engagement with investees, policymakers and NGOs.

Setting up an action plan

After bringing up the levels of knowledge across the sector on issues such as the cost of deforestation, the group has focused on exploring actionable steps on how best to overcome the challenges in addressing these issues. Recently, the group completed the process of evaluating the viability of implementing a model deforestation policy based on existing best practices and the data and tools available and necessary to support it.

This shared policy is set to serve as the blueprint for aligning portfolio holdings with goals of reducing and ultimately reversing the loss of natural habitat. The framework is structured to represent collective input on a given practice, and supplementary consultation, while also preserving the confidentiality of participant organisations.

Members of the SCPG have been crucial in driving momentum towards commitments of deforestation-free finance to be announced at Cop26. They join other leading financial institutions representing $9trn AUM in committing to tackle agricultural commodity-driven deforestation, as part of broader efforts to drive the global shift towards sustainable agricultural production and more climate-friendly solutions.

The commitment includes using best efforts to eliminate agricultural commodity-driven deforestation (for palm oil, soy, beef, pulp and paper) from their investment and lending portfolios. To achieve collective action, firms have committed to publishing exposure, milestones and reporting metrics for credible progress, a critical step towards reversing deforestation globally and aligning the sector with a Paris Agreement-compliant 1.5°C pathway.

Nobody should be under any illusion that we’re on track to reverse deforestation. We are not. Further action is required on the issue, which remains central to the goal of managing climate change and reducing the damage done by greenhouse gas emissions.

What we can take from the success of groups like the SCPG is how results are best realised through a united approach. By coming together to share knowledge, discuss best practice and develop and implement a common standard of approach, we’re able to see more meaningful action taken on a much faster scale than we have arguably throughout the past decade.

When it comes to systemic risks such as biodiversity loss and climate change, these are everyone’s problem, and firms should act together when it comes to solving them. Doing so is now our best chance to preserve the loss of our treasured natural spaces and the benefits they bring to our planet.

Topics in this article : PRI , sponsored