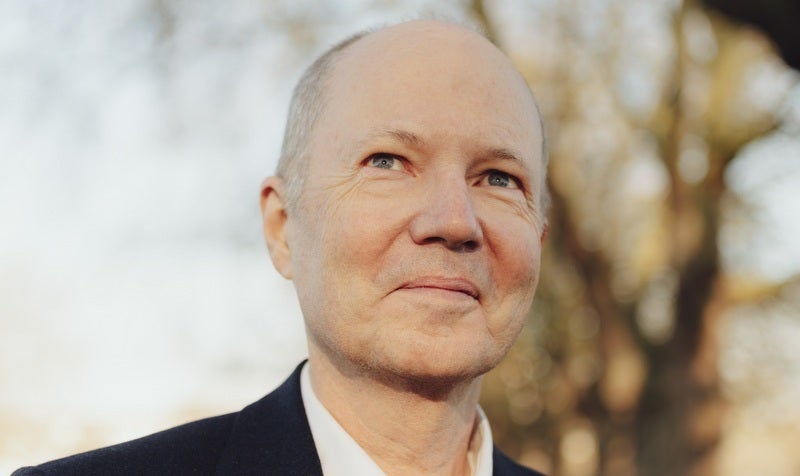 James Thornton, founder and CEO of ClientEarth, says the European Central Bank’s corporate bond buying programme is “not only unwise, but illegal”. (Photo courtesy of ClientEarth)

Back in 2016 Polish power companies Enea and Energa were preparing to build what would supposedly be the country’s last new coal plant – but then they met resistance from ClientEarth, a London-based environmental law charity focused on fighting climate change.

A non-governmental organisation (NGO) objecting to a fossil fuel project is hardly unusual; a typical approach would be to flag publicly the environmental and social problems such a plant would pose. In this case, they were substantial: Ostrołęka C would have produced annual CO2 emissions roughly equivalent to those of New Zealand.

Adopting a subtler approach, lawyers working for ClientEarth first bought stock in Enea, then objected to the project on the grounds of significant financial risk. They spoke the language of the company and its shareholders – and in August 2019, they won.

“We realised a while ago that what you can achieve with environmental law alone is not going to be enough to get us there as fast as we need to go,” ClientEarth founder James Thornton told Capital Monitor in late October. “The answer was easy: we follow the money.”

Thornton set up the organisation in 2008, loosely basing the model on the National Resources Defense Council, a New York-based non-profit where he had spent ten years.

The role of such organisations is arguably more important today than ever, considering the leadership vacuum in evidence at the Cop26 climate talks in Glasgow this month. The pact signed at the end of the conference – billed as humanity’s last chance to prevent irreversible climate breakdown – satisfied few. Wealthy governments were widely seen to be kicking the can down the road yet again.

ClientEarth is not inclined to give them an easy ride.

Take its current action in Belgium against central banks in Europe over the climate impact of the European Central Bank’s (ECB) €1trn quantitative easing (QE) programme. The charity is pushing for the ECB decarbonise its corporate bond purchase programme and align it with the Paris Agreement goals. If it is successful, billions of euros could shift into green activities and assets.

That would be a huge win. According to environmental non-governmental organisation  (NGO) Reclaim Finance, the ECB’s Covid-related spending alone has seen its support for European oil and gas massively expand. Between March 2020 and September 2021, €15.3bn was spent on bonds issued by carbon-intensive companies, a 16.2% increase.

[European Central Bank head] Christine Lagarde wants to do the right thing [for the environment], but is held back by national central bank governors. James Thornton, ClientEarth

“We said that’s not only unwise, but illegal,” Thornton says. “As a European government entity, the ECB is bound by the European Green Deal, which this clearly goes against.”

ECB head Christine Lagarde “wants to do the right thing”, he adds, but is held back by governors who take a very narrow view of their mandate by looking at the financial implications of any decision in isolation.

Given the failings of even supposedly the most sustainably minded policymakers, societal pressure is increasingly falling on the private sector to take the reins. And organisations such as ClientEarth are busier than ever trying to force sustainable outcomes.

Even as the NGO’s lawyers are focused on consigning coal to history and preventing flagrant greenwashing, Thornton has natural gas infrastructure in his sights.

Following the success of the Enea case, ClientEarth is building out its corporate and securities practice in Europe, the US and Asia, he says – “the three biggest capital markets”. He declined to be drawn on the size and speed of this growth.

Many of ClientEarth’s 180-odd lawyers are already recruits from prestigious US and UK law firms, with expertise across corporates, securities, banking, insurance, pensions, fiduciary duties, trade and greenwashing.

More generally, the number of what are called ‘strategic’ cases – which go beyond the concerns of the litigant(s) and aim to bring about some broader societal shift – has risen dramatically in the past five years, according to the London School of Economics and Political Science (see chart below).

And yet suing big companies is often seen as futile: they have such deep pockets and massive legal teams, so the argument goes, that there is no point in trying to take them down.

Despite ClientEarth’s several high-profile philanthropic donors, such as Pink Floyd’s David Gilmour and the members of Coldplay, its annual revenue – in the millions of dollars – is dwarfed by the billions made by energy companies.

“Energy companies’ resources are infinitely greater than ours, but the law is the one thing that allows citizens to raise arguments to governments or corporations on as equal a playing field as possible,” says Thornton. “If you know what you’re doing and you pick the right cases, it doesn’t matter if they have 30 or 3,000 lawyers. If you can cut in the right place, you only have to do it once.”

The fact that nearly six in ten climate cases outside the US have been successful for the climate action being brought reinforces his point (see chart below).

Of course. knowing how to choose the right cases comes with experience.

It is common to draw parallels between the climate litigation being pursued today and high-profile cases against tobacco companies in the late 1990s. While these were hugely important, they were based on tort law, meaning the defendants were seeking damages; sometimes in the billions. When a corporation is being sued for damages, its lawyers will bring millions of documents and nitpick over every last detail: the tobacco industry archive is now at 14 million documents. It suits public offices to argue such cases, but they are not appropriate for an NGO, says Thornton.

Another oft-repeated criticism of the rising wave of strategic cases is that it can force listed companies such as Shell to sell their most polluting assets into private hands, making them much harder to assess.

“I see the issue, but I really see it as temporary,” Thornton says. It is easier to scrutinise public companies than private ones, he admits, “but it’s not that much easier”.

What matters is what follows most successful strategic litigation: governments take up the baton and use the established precedent to introduce new legislation. If they do not, then litigation against private entities is a viable route.

Hypothetically, ClientEarth could bring a case against a private equity firm, Thornton says, though it has not yet done so. “You can’t run the world on litigation alone; you need legislation and for governments to actually stop companies from buying things inappropriately.”

Certainly ClientEarth’s activities extend beyond litigation. It works with shareholder groups such as Climate Action 100+, an investor-led initiative that encourages its members to work with their investee companies, including filing and voting on climate and environmental resolutions.

Thornton cites ClientEarth’s work in Asia. It followed the Enea success with a similar case against Japanese utility J-Power, which scrapped plans for a new coal plant before they even reached the courtroom.

As long as the money is willing to flow in the wrong direction, you can’t make the [climate] transition work. James Thornton, ClientEarth

“That was a marvellous high-leverage moment for us. It was highly efficient because we didn’t even have to go to litigation,” he says. “When they know you can kill them, you can have a very happy meeting.”

ClientEarth’s lawyers also played a role in Japan’s first-ever shareholder proposal on climate, submitted to banking giant Mizuho last year. Gaining support from 34% of shareholders on such a proposal is unremarkable in a Western context, but it was “culturally new and very exciting” for Japan, says Thornton.

The bank ultimately came back with its own plan in May this year, in which it committed to Paris Agreement alignment, set targets for greenhouse gas reduction, and strengthened its engagement policies.

“Again, we didn’t need litigation, but the legal tools employed in consultation with investors got us to a point where our own self-interest fit with theirs,” Thornton adds.

Indeed ClientEarth’s lawyers now have sufficient clout that they can sometimes shut down greenwashing simply by writing to companies. A recent case in point: in September the NGO sent a letter to each of the 17 banks involved in the UK’s hotly contested Cambo oilfield, again citing the banks’ legal and fiduciary duties to shareholders. They are awaiting a response.

“Cambo is another example of banks offering to do the wrong thing,” he says. “As long as the money is willing to flow in the wrong direction, you can’t make the transition work.”

At least organisations such as ClientEarth are showing that they can help the pendulum swing a little in favour of the environment.