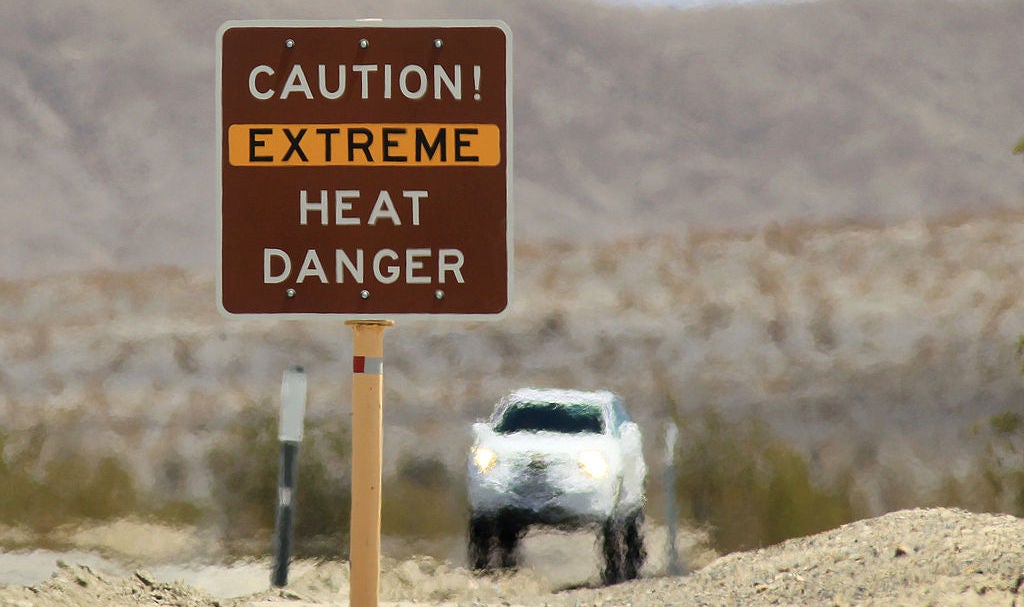 Temperature rising: California is just one of a growing list of places suffering devastating wildfires in recent months. (Photo by David McNew/Getty Images)

With less than three months until the UN Cop26 conference on climate change, governments in 192 countries are busy preparing for the event and pre-event negotiations are well under way. One of the many topics on the agenda is a global carbon pricing mechanism.

The concept is not a new one: global leaders first seriously discussed it as part of 1997’s Kyoto Protocol. An agreement on carbon pricing and trading was ratified by 191 countries – crucially, not including the US – in 2001 and subsequently lost momentum, but support for such a system has recently staged a resurgence.

The IMF, OECD and World Bank – all long-standing advocates of the idea – have re-asserted their positions in the past few months, as have environmental groups and some politicians. In June, the IMF published a proposal for the creation of an international carbon floor price in preparation for Cop26. It pointed out that only one-fifth of all emissions are priced and the global average price is just $3 per tonne.

The rise of solar project financing in Australia

And, with a seemingly sympathetic president in the form of Joe Biden – who has not explicitly endorsed the concept – at least the US can be expected to be relatively supportive. That could of course change quickly if Republicans were to regain power.

Investors coming to the table

Institutional investors are now increasingly also coming to the table. Last month the Net Zero Asset Owners’ Alliance (NZAOA), a coalition representing a combined $6.6trn in assets, called on governments to create a binding ‘price corridor’ for carbon with a floor and ceiling, harmonised across national borders.

This would be no easy feat: the ‘polluter pays’ principle – those who produce pollution should bear the costs of managing it – has been met with responses ranging from enthusiasm to derision around the world.

[Policy tools for carbon pricing] would affect our investment behaviour, our insurance underwriting and our supply chains – but that’s kind of the point. Paddy Arber, Aviva Investors
ESG data, insights and analysis delivered to you View all newsletters By The Capital Monitor team Sign up to our newsletter

“We want to create a positive feedback loop between financial services and the government – we’re not dragging our heels here,” says Paddy Arber, head of government engagement at UK fund house Aviva Investors. “As both a long-term investor and insurer, we recognise that our industry doesn’t exist [if the temperature were to rise by 4ºC from pre-industrial levels].”

Governments have not done enough to tackle climate change since the Paris Agreement was ratified in 2015, he adds. The agreement’s goal is to limit the rise in the global temperature to well below 2ºC, preferably to 1.5ºC, compared with pre-industrial levels.

“Policy tools around carbon pricing […] are a very powerful way of signalling to the market exactly what governments want us to invest in,” Arber says. “We realise that it would affect our investment behaviour, our insurance underwriting and our supply chains – but that’s kind of the point.”

Global carbon trading volume hit $269bn in 2020, according to Refinitiv (see graph below), but internationally there is a patchwork of schemes that operate in different ways. That makes both comparability and collaboration difficult. They typically fall into three camps: emissions trading systems (ETSs), carbon taxes or a combination of the two.

At best, such regimes are regional; the EU boasts the largest ETS. But most are national, and many are limited to provinces or even just cities. In natural resource-rich, emissions-heavy Canada, eight of its ten provinces have their own scheme tied to the federal rate; the other two use the federal system directly.

Encouragingly, China – which is responsible for just over one-quarter of global emissions (well ahead of the US’s 11%), according to Rhodium Group – went live with its nationwide ETS last month after local pilots in eight cities (see also map below). This is seen as hugely positive, though concerns have been raised over the initiative’s level of ambition.

The case for global coordination

Coordinating those markets would make fossil fuel use and production – and other emission-heavy activities – more expensive, give markets a clear price signal and boost government revenue. It would also make accounting and risk management simpler for multinationals, say industry participants.

Critics argue that existing carbon markets so far are inefficient and often corrupt, and that very few emissions reductions can be directly attributed to the schemes in question.

In any case, the international process required for a global emissions scheme does not exist yet, so it is too early to expect the unveiling of a global carbon tax at Cop26. But that could change over time.

The most likely scenario is that major markets will move first to establish a carbon price, as 38 countries have done so far, says Ed Baker, climate and energy transition technical lead at the UN’s Principles for Responsible Investment, which is involved in the NZAOA. Competition will take hold over time and governments will introduce a price at the border – an adjustment mechanism of sorts, as was mooted by the EU last month. The more of those that exist, the greater the pressure will be on laggards to help level the playing field, Baker adds.

A global carbon price corridor would be ideal, but national and regional efforts can also be effective, agrees Arber. “The most robust, binding policy action – which we need here – always takes place at the national or regional level rather than globally.”

“There are good arguments for coordinating carbon prices,” says Patrick Bayer, chancellor’s fellow in energy policy at the University of Strathclyde. But the issue is so politically sensitive in different ways around the world, he adds. In the US, for instance, the prospect of a carbon tax has encountered fierce resistance, with President Biden opting for a payment scheme for emissions reduction instead.

“For efficiency’s sake, it might be nice to have a global market, but voters aren’t global,” Bayer says. “So we might need to accept some inefficiencies in exchange for more political leeway as to how governments cater to their own constituencies.”

Trading schemes are ultimately seen as more palatable to voters than a carbon tax. The latter sets an exact price by specifying a rate for greenhouse gas emissions or the carbon content of fossil fuels, tailored for different sectors. It does not include a limit on emissions, is easier to administer and generally provides more certainty for businesses.

An ETS, or cap-and-trade system, meanwhile, puts a limit on the total amount of emissions and allows the trading of carbon credits on the marketplace. Companies below the threshold can sell their surplus credits to those exceeding the threshold. The EU sets the number of permits, allowing some form of price intervention, but the market sets the price.

The EU has the biggest and oldest ETS – it was set up in 2005 – which shows that carbon pricing can be effective when combined with a suitable policy environment.

[Carbon pricing schemes] can work if market participants know the policy is credible, is not going anywhere and will become more stringent over time. Patrick Bayer, University of Strathclyde

According to analysis by Bayer, the ETS saved around 1.2bn tonnes of carbon dioxide between 2008 and 2016 – a 3.8% reduction – despite the low price of around €5 per permit, which some had said rendered the effort useless. In 2019, when prices were higher, emissions fell by 8.3%.

There has however been widespread criticism that the EU’s system is too vulnerable to lobbying and too weak to provide incentives to firms for reducing their emissions.

Still, says Bayer, these schemes can work if market participants know the policy is credible, is not going anywhere and will become more stringent over time.

The cost per tonne under the EU ETS hit an all-time high of €50 in April. And the EU announced plans last month to limit the number of permits in circulation and extend the scheme to cover emissions from shipping, road transport and heating fuels.

Global coordination may be politically difficult, but there are reasons to be optimistic given unexpected important policy changes in other areas. One came in early July, with a surprising U-turn whereby 130 governments voiced support for a global corporate tax rate, a shift that would have been unthinkable just months ago.

“Just as the corporate tax debate has suddenly come back on the agenda, we’d like to see a similar policy breakthrough on carbon pricing,” says Baker. “Carbon pricing isn’t a magic solution, but there is no answer to the climate problem that doesn’t involve it.”