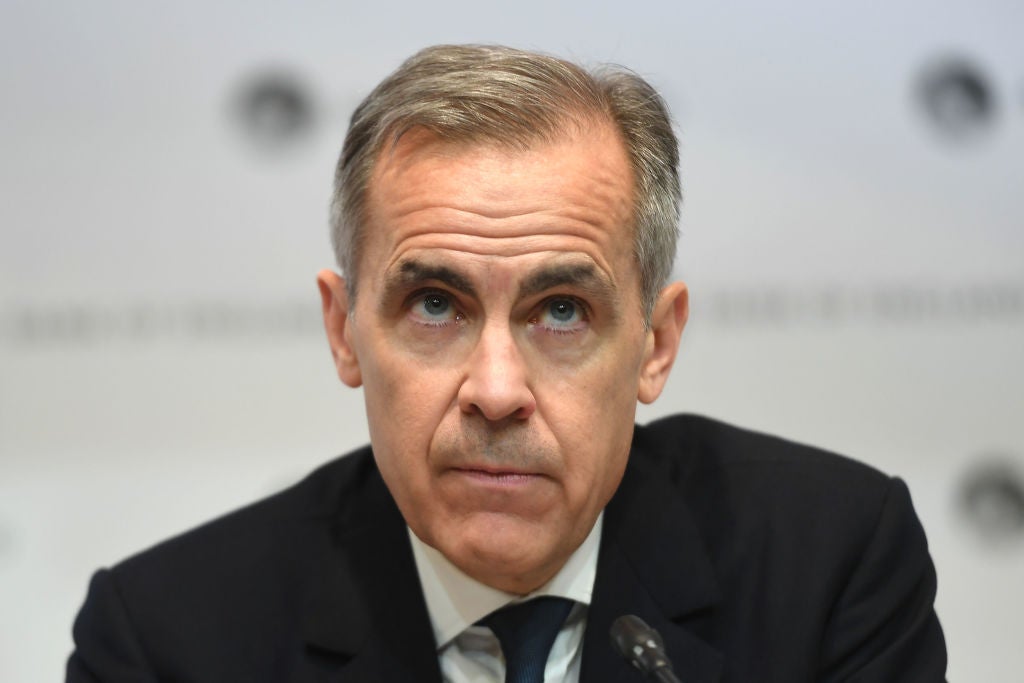 The one-time governor of the Bank of England has a stark message for his audience. (Photo by Peter Summers/WPA Pool/Getty Images)

History is littered with examples of the powerful failing to heed the warnings of their forebears. The financial sector is as guilty as any for this, and probably more so. We witness a financial crash every ten years, on average, and with it a loss of economic growth, a further erosion of public trust, and a dispiriting sense that the elite always escapes unscathed.

Mark Carney, while very much a member of the elite, is clearly aware of these failings. Carney’s trajectory to the storied heights of governor of the Bank of England in 2013 was set by his performance as Canada’s central banker, when he helped his country avoid the fallout of the 2008 financial crisis. An economist by training, Carney is clearly someone who takes history seriously and would rather it wasn’t repeated quite so often.

Written amid a global pandemic, his book, Value(s): Building a Better World for All, is as ambitious as its author: it aims to offer nothing less than a manifesto to solve the climate crisis and build a sustainable and equitable future for all.

With the conviction of someone very comfortable with big numbers, Carney delivers a stark message: if we don’t want billions of people displaced from their homes, our ecology irreparably damaged, our economies ruined, then we must act now. To hit our net-zero objectives and keep temperature rises below 1.5°C by 2050, we must halve carbon emissions every ten years. This will involve reinventing the way we live, and the way we value our world.

Key to Carney’s argument is the need to reintegrate values into our economic model. In failing to see the value of our natural environment and societies, other than the price attached to the commodities we can extract from them, we have failed to care about our impact on them.

If we can place a market price on Amazon, the $1.5trn e-commerce company, Carney asks, then why don’t we have a dollar value assigned to the Amazon rainforest? “There’s no ledger for that,” he writes.

Value(s) introduces readers to the individuals and events that shaped our slow financial divorce from reality. From the role of inflation in the signing of Magna Carta to the “flash boy” traders who could turn the economic lights off with the push of an enter key, Carney examines the historical relationship between those who wield economic power and the people and industries they are supposed to support.

As a former public servant, Carney admits governments and public institutions have consistently failed over the years to strike the right balance between allowing the market to flourish and tempering its worst excesses. He provides the example of how the Blair government was proved right to give the Bank of England independence to control monetary policy, but wrong to trust the financial markets to police themselves.

The lessons learned from the most recent financial crisis reveal that market fundamentalism – the belief the market is always rational, always right – is a fallacy, an article of misplaced faith.

But at the heart of Carney’s vision is the urgent need for that same financial sector to support our transition to a low-carbon economy. He believes that with the right state protections in place and a reinvigorated sense of purpose and values, capitalism has a chance of not only saving us but making us better. Just this once more, we must trust in the institutions that have systematically failed us in the past.

This is hard to swallow, but Carney’s analysis is sound. With such a short window to address our failings, there is, he writes, no time to invent a new economic model. All we can do is try to imbue the existing one with a moral duty to think beyond the boundary of a balance sheet. Carney accepts this cannot be done in a vacuum; conjuring the ghost of Reagan, he says we must “trust, but verify”.

His optimism stems from an understanding of how recent technological developments have the capacity to empower all parts of society. Information is, he observes, no longer the preserve of the rich and powerful but an effective check and balance to those in power; something that Carney demonstrated himself recently when his claim that Brookfield Asset Management, of which he is vice-chairman, had achieved net zero emissions across its $600bn portfolio were dismantled by climate experts.

Information can also be misinformation. While Carney acknowledges the rise of populism and the toxic side effects of social media are an impediment to his grand vision, it’s unclear if he has really factored these malignant elements into his thinking. At times, there’s a sense he doesn’t want such problems to derail the emotive power of his call to action.

Power still with the elite

Despite this, Value(s) delivers very credible answers to how we tackle the most fundamental problems of our time. It’s a rich, thought-provoking and often inspiring read. But it is not a book that seeks to advise the man on the street. At times, Value(s) reads like a moral self-help book for the rich and powerful – a Ten Commandments for the 0.1%.

This is deliberate. Because as much as Carney wants us all to play our part, he is targeting his persuasive efforts on today’s elite – those who still wield the influence to make meaningful change now.

And it’s essential he does. If a man of Carney’s background and credibility can’t shift the sands, then very few will. Clearly an admirer of Greta Thunberg for her ability to project to the world our dire situation, Carney’s rigorous analysis and logical mind means he departs with her on the way we go to solve it. As he sees it, with the right political and moral tools in hand, history doesn’t need to be repeated.

But we’ve heard that before.

Value(s): Building a Better World for All by Mark Carney is available through HarperCollins.