In association with S&P Global 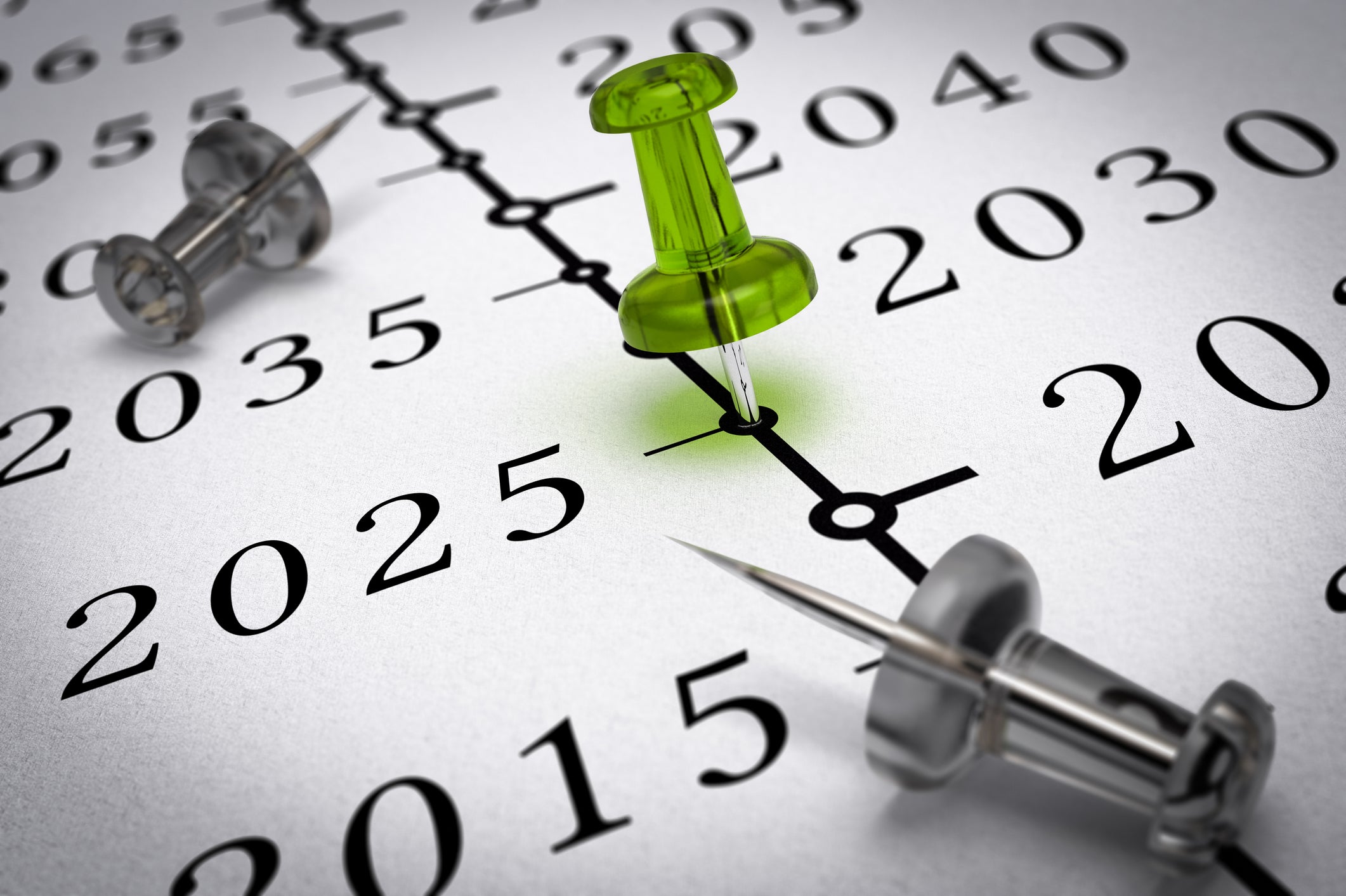 Even if global warming is limited to 2°C rather than 1.5°C, research by S&P Global Sustainable1 reveals the world would need to cut fossil fuel-related emissions across multiple sectors by 2025. (Image by olm26250 via IStock)

For years, scientists have said that limiting global warming to no more than 1.5°C above pre-industrial levels is crucial to avoid some of the worst impacts of climate change. The UN’s Intergovernmental Panel on Climate Change (IPCC), meanwhile, has created an even greater sense of urgency for all parts of the world to start moving now, rather than later, to reach that goal.

Even under a less ambitious scenario in which global warming is limited to 2°C, research undertaken by S&P Global Sustainable1 reveals the world would need to make cuts to fossil fuel-related emissions across multiple sectors by 2025.

The research is based on an analysis of two S&P Global Platts Analytics Future Energy Outlook projections. The first, the Reference Case, reflects the current state of policies, technologies and markets, as well as expectations on how those factors are most likely to evolve. The second is the more ambitious 2-Degree Outlook, and in the research S&P examines how carbon dioxide emissions would need to change across geographies, sectors and the power supply mix to limit global warming to 2°C.

The physical impacts of climate change pose real risk to businesses as extreme weather and other climate-related effects can hurt supply chains, endanger the workforce and cause major damage to infrastructure.

Setting a net-zero target can be an important first step for companies to address the threat of climate change, but ambitious goals alone are not sufficient. S&P Global Sustainable1 believes companies would have to make proactive changes on the path to net zero now. They need to create realistic plans to transition to a low-carbon world. And crucially, as S&P Global Sustainable1 president Richard Mattison previously stressed to Capital Monitor, those transition pathways need to include near-term milestones. The path to 2050 won’t be attainable without credible signposts in the next few years. 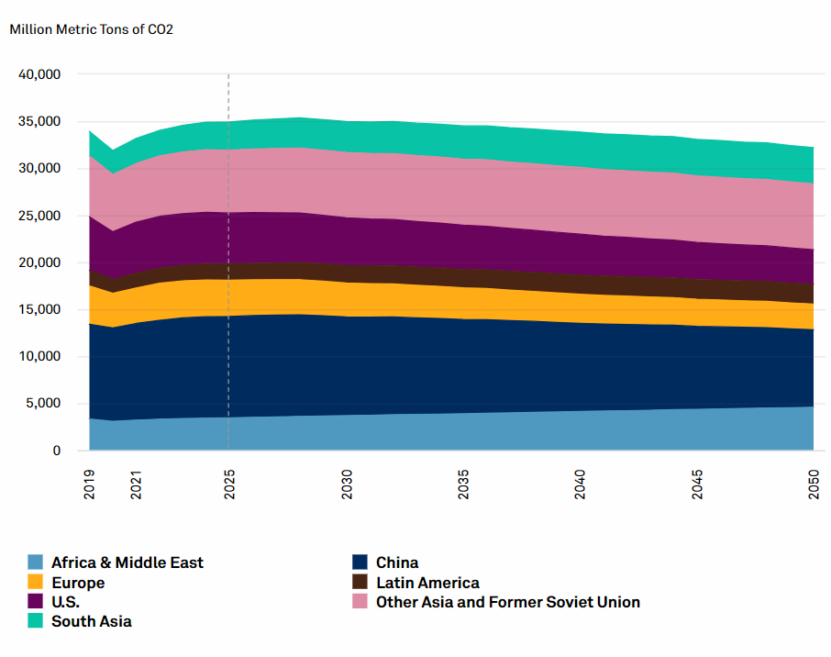 How those geographies need to reduce emissions to limit global warming to 2°C relative to pre-industrial levels. 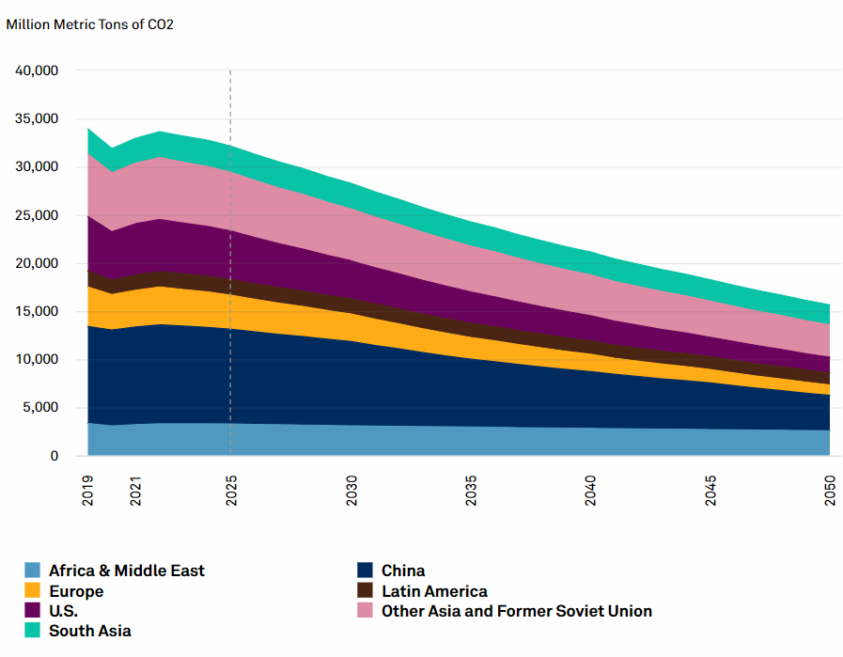 The US must curb natural gas emissions by 2025

A review of the S&P Global Platts Analytics Future Energy Outlooks reinforces the idea that near-term action would be required.

The CO2 emissions cuts needed in the near term are not uniform across all geographies or sectors. For example, under the 2-Degree Outlook the world would need to reduce annual emissions from fossil fuel combustion by over 50% by 2050. When those required emissions cuts are modelled at the country level, a varied picture emerges based on the age of the underlying asset base, economic imperatives and long-term policy targets.

For example, under the 2-Degree Outlook assumptions, the US would need to curb emissions from coal by 22%, natural gas by 11%, and oil by 8% by 2025 from 2019 levels – the year before the Covid-19 pandemic upended the economy. China, on the other hand, with a national ambition to double GDP within the next decade and a half, would only see a 6% decrease in emissions from coal under the 2-Degree Outlook.

Yet the chances of either China reducing emissions from coal or the US curbing natural gas emissions by 2025 appear to be low. Rather, on its current trajectory, China is expected to increase its coal-related emissions over the next four years by about 4% due to strong growth in the demand for electricity, according to the Platts Reference Case Outlook. And the US is currently on track to increase natural gas-related carbon emissions by about 5% by 2025, the model shows. Most of those natural gas-related emissions gains are linked to emissions from the industrial sector as well as gas used by the energy industry across extraction, processing, refining and liquefaction.

While US utilities are building new natural gas plants, the model indicates emissions from gas-fired generation would be down 5% under the Platts Analytics Reference Case. These emissions would decline slightly less (by 4%) under the 2-Degree Outlook, as gas is needed to offset an accelerated coal phase-out and as key end-use sectors are electrified.

Countries can only make the emissions cuts needed to transition to a low-carbon economy if companies and sectors also change. As such, an analysis of what needs to change at the sector level can help companies, investors and governments understand where the biggest initial moves are needed.

Almost all energy, industrial and transportation sectors would need to have reduced total annual emissions in 2025 compared with 2019 levels, although to varying degrees, under the 2-Degree Outlook.

Yet, as S&P Global Sustainable1 has previously noted, the maritime transportation sector is only now starting on efforts to reduce emissions, with carbon-free commercial shipping expected to enter pilot phases in 2023. The 2-Degree Outlook forecasts that the maritime sector will see emissions increase by 7% between 2019 and 2025. By 2050, the maritime sector would need to curb emissions by 15% under the 2-Degree Outlook, while under a Reference Case Outlook the continued recovery in international trade leads to a net emissions gain in shipping.

For its part, the International Maritime Organization, which is the regulatory agency for the global maritime sector, aims to cut annual greenhouse gas emissions from maritime shipping in half by 2050 from 2008 levels.

More nuclear and renewables needed by 2025

Scientists have long indicated that the world will need to transition away from emitting fossil fuels to limit global warming. The world’s future supply mix will look very different by 2050 than it does today.

In the near term, low-carbon power supplies would need to accelerate globally by 2025 under the 2-Degree Outlook compared with the Reference Case.

According to the Platts data, as part of broader gains of low-carbon power capacity, the share of nuclear energy in the global power mix would need to stay near constant at 10% from 2019 to 2025 in a 2-Degree Outlook, primarily by postponing the planned retirements in some of the world’s largest nuclear fleets. Then, to deliver a meaningful gain in low-carbon power gen capacity by 2050, investment decisions need to be taken soon to ensure these long lead time projects can contribute to decarbonisation.

As for other zero-carbon generation? Generation from wind and solar would need to increase by 133% and 98%, respectively, from 2019 levels by 2025 under the 2-Degree Outlook. The current Reference Case trajectory shows wind generation supplies increasing by 100% and solar by 81% by 2025, in comparison. This reflects the fact that delivering meaningful progress on long-term targets would require substantial increases in capacity already in the short term.

Beyond 2025, investments in developing and scaling other low-carbon technologies – such as carbon capture and sequestration, improved battery storage, sustainable biofuels and low-carbon hydrogen (such as green hydrogen derived from using water and renewable electricity) – will be needed, scientists and academic studies have shown. 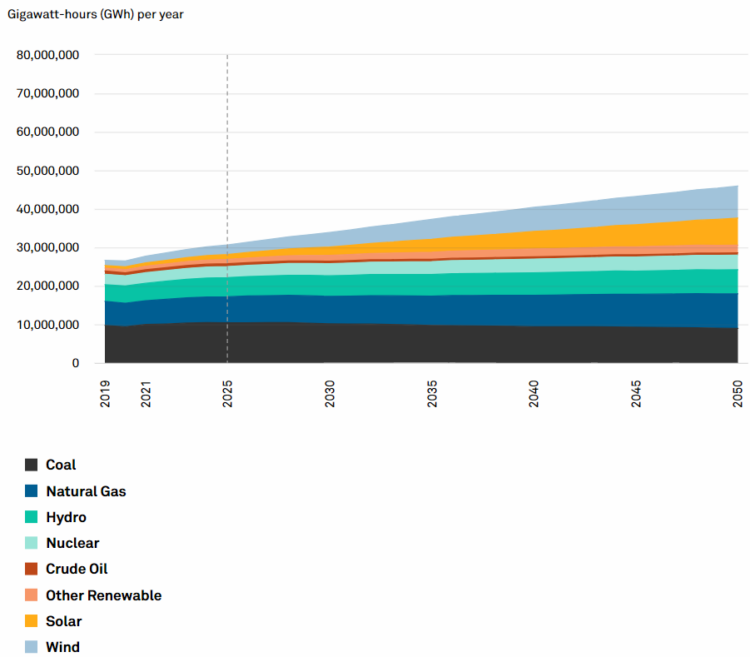 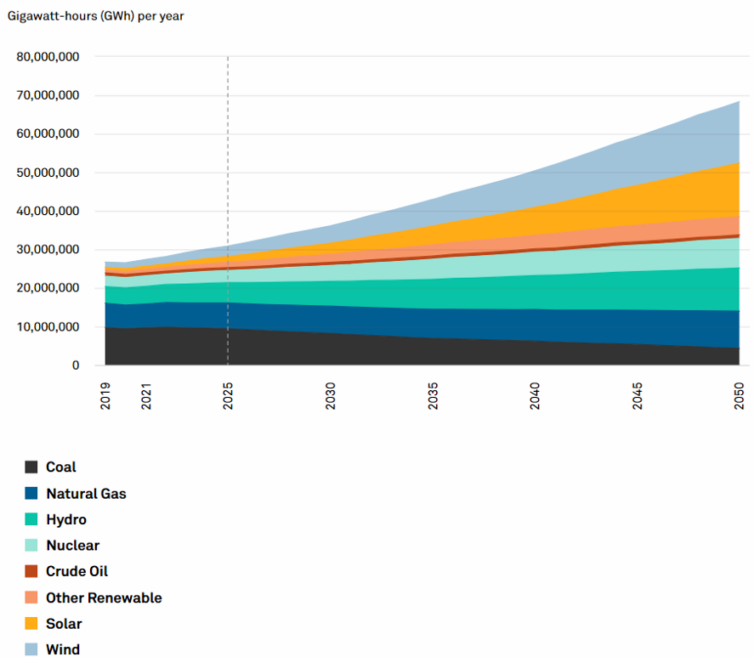 Energy users and governments are not the only ones that need to make changes in the coming years. Customers will also play a role.

For example, the International Energy Agency (IEA) in July estimated that about 55% of the energy-related emissions reductions needed to achieve net zero by 2050 would be “linked to consumer choices such as purchasing an [electric vehicle], retrofitting a house with energy-efficient technologies or installing a heat pump” powered by electricity.

Companies may be wise to move sooner rather than later to ensure they can make changes in the most cost-effective manner possible before governments enact new decarbonisation requirements with higher implementation costs as we near the 2050 deadline. Moreover, pressure from investors and the public, particularly the younger generations, appears likely to increase as the physical impacts of climate change increasingly manifest.

We’re hearing a growing number of voices calling for this dramatic change. For example, the IEA, which was created decades ago to help ensure stable global fossil fuel supplies, in July published a report looking at what needs to happen to global energy under a net zero by 2050 scenario. The IPCC in 2018 said that limiting global warming to 1.5°C will require achieving global net-zero emissions by around 2050.

Achieving net zero “requires nothing short of a total transformation of the energy systems that underpin our economies”, the IEA wrote in its report, which included a number of markers for 2025 and 2030 along that road. The divergence in the Reference Case and 2-Degree Outlooks from S&P Global Platts Analytics reinforces the importance of investing in low-carbon solutions today to deliver on more ambitious targets over the longer term.