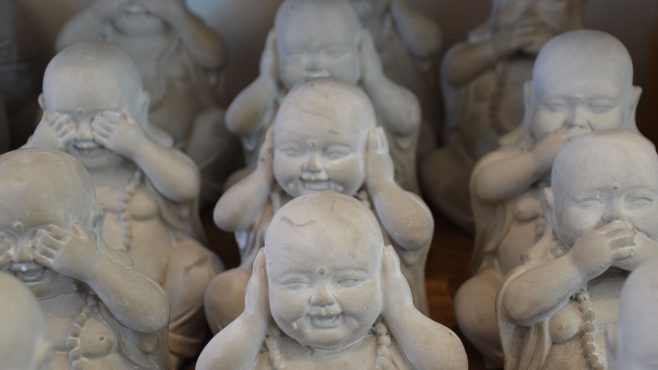 Investors would prefer companies not to raise the spectre of human rights scandals less it affect their investments. (Photo by VMKphotos/Shutterstock)

Introduced in 2015 following years of campaigning by NGOs and charities, the act requires companies with a turnover of £36m or more – around 9,000 in total – to report annually on the actions they have taken to combat modern slavery, including in their supply chains. It seemed revolutionary when proposed, partly because it was the first such law in the world, but low levels of compliance, poor reporting, and zero enforcement action for non-compliance have undermined its impact.

In 2020, 1,486 reports from 5,574 companies in total were submitted to the government’s voluntary registry. Most companies submit reports on behalf of their subsidiaries, implying around a 60% compliance rate. Of those that did report, less than 10% identified specific risk factors let alone actual instances of slavery.

“We operate under the assumption that forced labour exists in every supply chain, so if companies haven’t found anything, they haven’t looked hard enough,” says Felicitas Weber, KnowTheChain project lead at the Business Human Rights Resource Centre. “There have been positives in raising awareness and understanding, but we feel that five years of reporting under the Modern Slavery Act have shown that, sadly, it’s not working.”

Why this matters now

With an estimated 25 million people in some form of forced labour globally – equivalent approximately to the population of Australia – it’s clear that existing legal frameworks are lacking. And companies appear to know this: more than three-quarters of respondents to a 2016 survey thought there was a likelihood of modern slavery in their supply chain.

There are, of course, varying levels of compliance, and some companies have committed to the exercise. But with no requirement to seek out problematic practices – and no enforcement mechanism for not even doing the bare minimum – the legislation is failing in its duty to have a meaningful impact on working conditions for millions of people.

Between companies, governments, investors and the public, there’s a much clearer understanding today of the importance of social issues than when the act was implemented. That’s partly because information is much more readily available now that every worker has a smartphone in their pocket, but, on the part of investors, it also reflects a shift in the way they think about their role in society.

A few weeks ago the UN-supported Principles for Responsible Investment (PRI), the biggest collection of investors representing approximately 7,000 signatories, released its new three-year strategy in which it named human rights and climate change as priorities. PRI policy specialist Alyssa Heath says this is because of “the maturity of the work many investors are doing on ESG”. “There’s a much greater understanding in both investor and corporate communities that the actions they take have outcomes that matter,” she says.

So investor engagement on social issues, which used to be the preserve of ethical and faith-based firms, has certainly become more mainstream. But the success of investor advocacy can be limited by the fact that modern slavery is a systemic issue, and the way investors have tended to approach it in the past has discouraged companies from identifying issues. That’s where policy must come in.

See no evil, speak no evil

One investor-led initiative is trying a different tactic. In mid-April, a group in the UK representing £7trn in assets expanded an existing campaign, encouraging construction and materials companies to identify instances of modern slavery in their supply chains.

Companies have few incentives to dig into their supply chains, partly because investors are telling them they don’t want to hear of any human rights scandals. James Corah, CCLA

“Companies have few incentives to dig into their supply chains, partly because investors are telling them they don’t want to hear of any human rights scandals – in fact, it disincentivises them from looking for it,” says James Corah, head of ethical investment at CCLA, the £12bn assets under management (AUM) asset manager spearheading the initiative.

The move builds on an existing initiative aimed at hospitality in which CCLA engaged with 13 companies. Just one hotel group reported the discovery of forced labour in its operations and reported on it under the Modern Slavery Act. Corah says this is unrealistic and evidently means companies are not looking hard enough.

The goal of the initiative – called Find It, Fix It, Prevent It – is for more and more companies to report instances of modern slavery every year. “We actually want companies to find more horrendous human rights abuses because we know they’re out there,” Corah adds.

This type of investor engagement can be effective, but equally important is lobbying for better policy. A key part of the CCLA initiative is engaging with the government on how to improve legislation.

“We firmly believe that public policy can make a real difference to how seriously this issue is taken by companies and their understanding of their responsibility to provide a remedy for victims,” says Corah. “All too often we hear of companies changing suppliers, but that doesn’t provide any redress for victims, and in some cases can worsen their plight.”

How to improve it

The European Commission is working on several corporate governance proposals, including mandatory supply chain due diligence. This is positive because it would require not just reporting, but actively seeking out, identifying and remediating instances of forced labour. Similar national legislation in France and the Netherlands has also learnt from the mistakes of the Modern Slavery Act.

Human rights advocates also cite recent decisions by US Customs & Border Patrol to ban the imports of products with known supply chain issues as highly successful. These actions can have a meaningful impact on a company’s bottom line: in April, Malaysian glove manufacturer Top Glove halved the size of its planned Hong Kong IPO after its US imports were seized in March following forced labour accusations. Hitting companies where it hurts tends to prompt more meaningful remediation from the company concerned, and this type of action is a relatively straightforward way to do it. “The US bans show that there’s a much stronger role all governments could take that would lead to more positive outcomes,” says Weber.

There are, of course, positives. The UK Modern Slavery Act has been successful in raising awareness within the corporate community, including among boards. But its market-led, reporting-based nature does little to help the issue it sets out to address. We know that modern slavery is prevalent – more so in some industries than others – yet for now, companies are under no obligation, regulatory or otherwise, to actively identify and prevent it.

At the very least, the UK government should introduce some form of enforcement for the companies that do not even bother to do the bare minimum. “We need new legislation that introduces liability for companies for the failure to prevent human rights abuses,” says Weber. “They set their supply chains up in this way, so they have to do the due diligence. The act is fine, but we want to see outcomes for workers – and we just aren’t seeing that yet.”