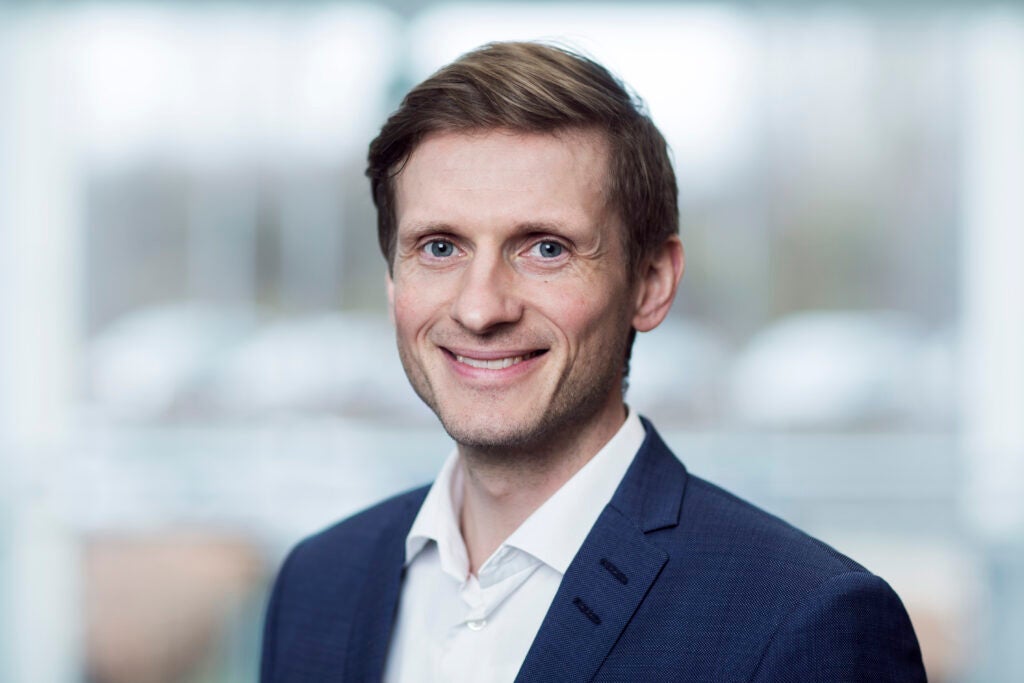 Christian Kjær is head of liquid markets at ATP. (Photo courtesy of ATP)

Investment research providers around the world have been updating their processes in recent years to account for the surge in interest from investors in environmental, social and governance (ESG) products and strategies.

However, as non-traditional and non-financial datasets are still evolving, so are the ways in which they are being analysed. Each research company – MSCI, Sustainalytics, Standard & Poor’s, and dozens of others – has its own way of identifying, analysing and scoring ESG metrics.

For investors, the differences between the providers can be problematic. Last year, for example, online fashion retailer Boohoo was criticised for poor labour practices in some of its UK facilities, despite receiving a clean bill of health from several ESG ratings providers. (Boohoo subsequently investigated claims made by the Sunday Times and accused the newspaper of inaccurate reporting.)

Seb Beloe, head of research at sustainable investment specialist WHEB Asset Management, wrote in a subsequent blog that many investors were basing ESG investment decisions on high-level ratings “without digging into the underlying data”.

Roughly 600 miles away in Copenhagen, Denmark, the Nordic country’s largest pension fund has been grappling with this challenge for the best part of three years. ATP manages DKK960bn (£111bn) on behalf of 5.3 million Danes as part of the state pension system – and having such a high profile comes with extra responsibilities as an investor.

Christian Kjær, head of liquid markets at ATP, cites research by MSCI into the scoring systems of different providers, which has shown the correlation of scores for the same company can be as low as 50%.

“The first discovery we made when we started looking at this was that it is quite hard to understand exactly what it means to get a high ESG score,” Kjær says. “It’s not always obvious why a score is high, so it is unclear exactly what it means. The implication of that is, if you look at the scoring from different vendors, they don’t agree that much.”

At the same time, the Danish fund was also aware that immediate action through divestment could reduce the carbon footprint of its investment portfolio overnight. However, this was not a palatable option. Kjær points out that, while this approach is pushed by many environmental campaign groups, it is not a long-term solution to global warming or pollution. As one of Europe’s largest asset owners, ATP had the ability – and the responsibility – to do something different.

The group instead decided to take a bespoke approach to ESG analysis. As head of ESG, Ole Buhl explains the use of such data should be tailored for different asset classes and sectors to be more effective. The data requirements of, for example, a global quantitative equity portfolio, are very different to those of a private markets strategy or real estate fund.

Kjær and his team drilled down into the underlying data used by third-party providers to explore what factors could indicate good companies in terms of both financial performance and active contributions to reducing carbon emissions.

Utilities under the microscope

The utilities sector was the natural first place to start, says Kjær, as it is responsible for a disproportionate amount of global greenhouse gas emissions when compared with its size relative to the wider listed market.

Kjær explains: “We went looking in the dataset to find things to help us identify the companies that will excel on the climate side in utility companies. It turned out we could find some numbers there that score company management on their work towards green energy and carbon intensity reductions.”

When back-tested, these data points proved useful in identifying companies on a path towards reducing their emissions and increasing their use of renewable energy sources.

Kjær cites the example of Danish utility croup Ørsted. Previously known as Dong Energy, it was predominantly reliant on oil and gas for many years. After a failed stock market listing in 2008, the group reassessed its business model. It has since grown its renewable energy production massively, moving from 17% of its output in 2006 to 90% last year.

Ørsted now aims to have 99% of its energy sourced from renewables by 2025, by which time it also aims to be carbon-neutral. It is also exploring how to address the wider impacts of energy production, exploring links to ten of the 17 Sustainable Development Goals (SDGs).

According to Kjær, Ørsted “transformed into a green utility company within a short time span, and in the same time, was a fantastic return story”.

He adds: “If we are able to identify the next Ørsted, we can improve our returns and also be part of the green transition by supporting the companies that are moving in that direction.”

The next stage: people

The next focus for ATP is on “human capital”. This will involve a similar process to the one that led to its utilities analysis: scrutinising the ESG data of companies that depend more on people – such as healthcare service providers, pharmaceutical companies, and telecommunications firms – in an effort to find information that points to outperformers.

Companies in these areas rely on attracting and retaining people with specialist skills to add value to their products and services, making labour rights and working conditions a vital part of their culture and governance. Initial analysis conducted last year found that ATP “has a rather high level of exposure towards human capital-intensive industries”, according to a report on the research. More than one-fifth (22%) of portfolio companies operated in industries in which human capital played “a crucial role”, the report states.

The Covid-19 pandemic has served to underscore the importance of working conditions and healthcare provision to corporates and their staff. In addition, protests in the US and elsewhere against the killing of black citizens by police have highlighted diversity and inclusion issues, as well as putting company culture in the spotlight. These are all factors that feed into ATP’s analysis of human capital.

“We think this area is very interesting and it is something we are really focusing on at the moment,” says Kjær, “but going from the idea to the final product takes a while, and there are no guarantees that it will work.”

The importance of impact

Tilting towards companies that are reducing emissions or improving labour conditions chimes with the growing desire among many investors to see a non-financial impact from the investments alongside a financial return.

Buhl and Kjær are keen not to overstate the “impact” their techniques can have. “Impact is a big word,” Kjær says. “It’s maybe too big to use [in this context] but we think this is the right way to have an impact on the global environment, to identify the companies that are trying to move in the right direction and invest our capital to support them.”

Buhl adds: “We are not taking the actual decisions to drive companies in the right direction, it is the companies themselves. This idea that [one investor] can create impacts – I think it is more complex than that. But naturally we have our own voice and use it whenever relevant.”

For ATP, it’s better to have an impact on ESG issues through active ownership than its advanced quantitative investment processes. Presenting a strong voice at AGMs and during debt financing negotiations can create a bigger result than ATP’s actual ownership stake might suggest it can have, according to Buhl.

However, the organisation is acutely aware of the importance of the SDGs, and is soon set to publish its own report on how it aligns its portfolio with the goals and measures its success, based on metrics developed by the Sustainable Accounting Standards Board.

If you look at SDG funds… there is a mismatch between where the financing needs are the biggest, and where investors can put their money.

While the fund does not have a specific SDG investment strategy, it is looking to identify how it can use the goals to have a similar long-term positive impact to that of its utilities strategy.

In an effort to address this mismatch, the Danish government launched a DKK5bn SDG investment fund in 2018 with the support of ATP and other local pension funds. It is designed to invest in SDG-aligned solutions for emerging markets and “contribute to the mobilisation of additional capital” in these areas. ATP has also worked with the World Bank and other institutions to deploy capital in developing markets through green bonds and other asset classes.

The fund’s work in other areas is also progressing. Aside from human capital research, ATP’s illiquid asset investment team is exploring how to find relevant data.

Buhl explains: “In the illiquid markets, we base our work more on getting a fundamental base of ESG data to start the analysis. In that field it has much more to do with benchmarking your investments with others, and actually understanding where the [data is] different.”

What remains the same across asset classes for ATP is the importance of internal expertise. It will not simply buy third-party analysis – its investment professionals “have to understand these data points” themselves, Buhl says.

This is important from an ESG perspective, he adds, “but actually more from an investment perspective, to understand why in the long term it will increase revenue for ATP”.

Topics in this article : SDGs

Nick is a pensions and investments writer with more than 12 years experience.
Websites in our network