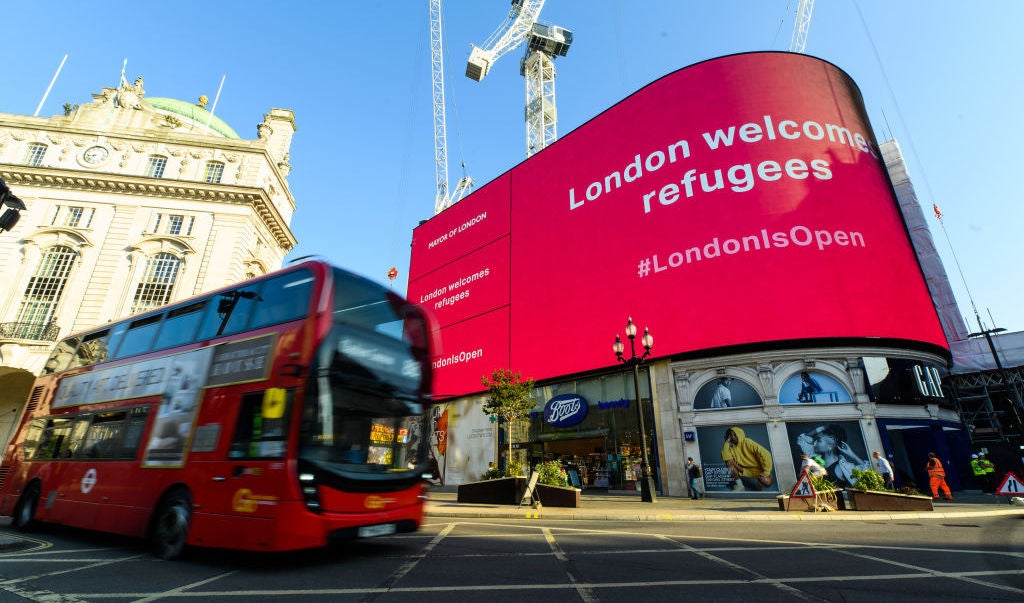 But do the UK’s banks? (Photo by Joe Maher/Getty Images)

For newly recognised refugees in the UK, accessing financial services is vital to rebuilding their lives, getting work and finding somewhere to live. Yet barriers to banking at many British financial institutions are still too high for the majority of such individuals.

The issue is a particularly pertinent one right now. The UK has seen some 8,000 Afghans arrive in the past few weeks alone, following the Taliban’s takeover of their country, and has resettled 20,000 Syrians over the past five years (see also graph below). That is on top of the dinghies of desperate people crossing the English Channel. Of the 26 million refugees globally, there were 132,349 in the UK at the end of 2020, according to the United Nations High Commissioner for Refugees (UNHCR).

On 1 September the UK government launched a support package for Afghans arriving in the country. Dubbed Operation Warm Welcome, it will provide immediate indefinite leave to remain, alongside funding for school places and healthcare. It may be too early to assess the scheme’s effectiveness, but The Guardian reports that it offers special banking privileges allowing refugees to open bank accounts that enable them to work without permanent addresses.

Many newly recognised refugees in the UK cannot provide sufficient documentation to open a bank account. Most high-street banks require proof of address or income to access financial services.

This creates a vicious circle. Without a bank account, refugees face significant barriers accessing welfare benefits and building financial independence. And they cannot obtain long-term housing without the means to pay rent. This leaves them in a catch-22 situation, says the Refugee Council, which works with refugees and asylum seekers.

The London-based organisation argues that British retail banks should do more to provide financial services to refugees and those seeking asylum in the UK. It is calling on such companies to accept biometric residence permits, issued by the Home Office, as sufficient identification to open a basic bank account and to ensure that accounts are granted well within 28 days.

That is the time frame within which refugees must find somewhere to live and a means of supporting themselves once the Home Office formally approves their refugee status, according to the Refugee Council.

Some progress is admittedly being made. Lloyds Bank, Bank of Scotland and Halifax now all accept more forms of ID, such as biometric residence permits and charity recommendation letters. HSBC says it is looking to expand its service offering to help refugees.

Lloyds is arguably leading the charge in the UK. It has launched a programme to allow refugees and vulnerable groups to use alternative sources of ID to access banking. Through the Lloyds Foundation, the bank connects with charities supporting refugees, homeless people and victims of domestic abuse to better understand their needs. Indeed, there were 1.23 million unbanked people in the UK, according to a March 2019 government report.

“The key to this is… knowing exactly what these customers are facing so the bank can identify areas where they might be able to change processes to help them access banking,” says Aferdita Pacrami, head of communications at Lloyds Foundation.

Charities verified by the foundation can provide letters of recommendation to the bank’s branches, confirming the identities of people applying for accounts. Lloyds Foundation is looking at how to support people who do not speak English, again by connecting the bank with charities it works with to share expertise.

Other groups are starting to make moves in this area. 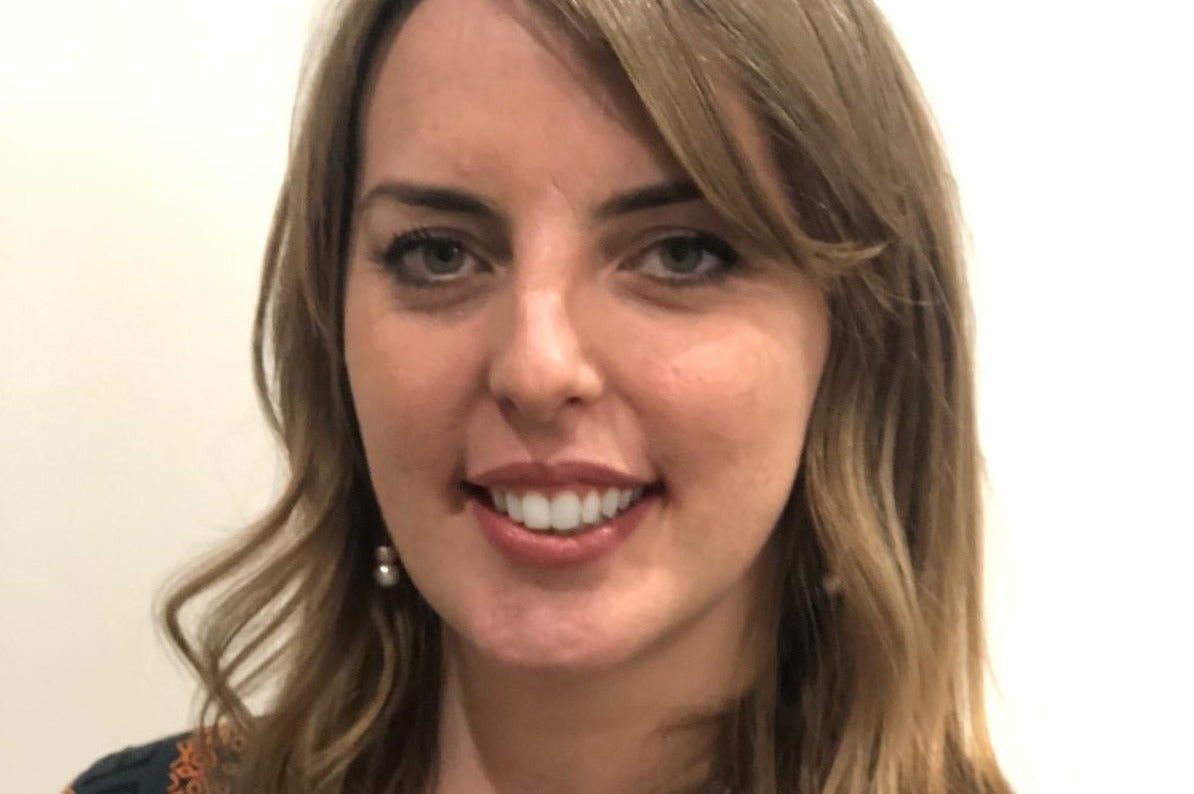 HSBC hopes to extend its banking services to refugees, building on its experience of providing services to survivors of domestic abuse and the homeless, says Maxine Pritchard, UK head of financial inclusion and vulnerability. “The challenges are very similar,” she adds, but does not offer a time frame for when HSBC might extend its service to refugees.

Any refugee-focused programme that HSBC launches will follow extensive work to identify and assess the suitability of its charity partners, Pritchard says. “We need to make sure the [charities’] processes are robust enough and we fully understand the nature of the individual.”

HSBC says it has already helped at least 1,000 victims of modern slavery and human trafficking to gain financial independence through its Survivor Bank service since it was set up in 2018. The service provides access to a basic bank account without the need for photo ID or proof of address.

Like refugees, survivors of modern slavery lack many of the documents needed to open a bank account, such as a passport or physical address. Survivor Bank enables individuals to open accounts when supported by a caseworker from the Salvation Army or one of 18 other charities that can verify their identify.

HSBC provides a similar service to those without a fixed address. In partnership with housing charity Shelter, the bank’s No Fixed Address programme enables caseworkers to verify an individual’s identity. It has provided some 1,100 accounts.

Such plans and schemes are positive, but banks can do much more, as BNP Paribas is showing with its financial inclusion efforts in continental Europe.

The French bank offers refugees and other typically unbanked individuals easy access to financial services, through its financial technology company Nickel, that requires no minimum deposit and no fixed address. BNP Paribas is also offering training to refugees and migrants through a series of partnerships, and supports lending to early-stage refugee-led enterprises.

Nickel evolved from Compte-Nickel, a fintech targeting modest savers, such as children depositing their pocket money and those who wanted to buy goods online. BNP acquired the business in 2017, and it now serves some two million clients.

Rather than limiting support to individuals already in the charity system or relying on partners to verify an individual’s identity, Nickel enables unbanked individuals to access financial services directly at their nearest 'bar-tabac'.

“We accept the address of a foyer [temporary migrant housing] or laundrette or somewhere else they may go during the day,” says Claudia Belli, global head of social business and microfinance at BNP Paribas.

BNP Paribas is offering training to refugees and migrants through a series of partnerships, and supports lending to early-stage refugee-led enterprises.

A charitable endeavour it is not, however. Nickel charges €20 a year for its services and a 2% fee for each transaction. As such, it “is earning a lot of money”, says Belli. “It is social business with a purpose, which has the capacity of creating an impact. If you want to have purpose, you have to earn money.”

BNP Paribas’s approach to refugee support goes far beyond arm’s-length foundation grants. It works with dedicated non-governmental organisations (NGOs) such as France’s Singa and other partners to provide training and legal advice to refugees and, in some cases, offer employment.

The bank has hired 15 refugees via its Refugeeks programme to work in its IT department. The programme – operated alongside Simplon, a company running free intensive courses in digital professions in France and abroad – aims to help facilitate refugee integration through language and IT skills.

What’s more, BNP Paribas helps refugees and migrants to secure funding for early-stage business through its network of microfinance institutions, such as Turin-based PerMicro. On a larger scale, in 2020 it provided €6.2bn in funding to NGOs and social enterprises globally and has trained relationship managers to understand the specific needs of social entrepreneurs.

The bank is also paying a full salary to 150 of its full-time, retirement-age employees to spend two years working in NGOs or social enterprises.

Sponsored by the World Economic Forum, the HRII brings together people from government, finance and insurance to identify ways, other than charity and government funding, to help underserved or challenged populations to access the financial system.

The initiative is looking to understand the nature of humanitarian funding needs. They can range from rapid short-term disaster relief to long-term or venture capital backing entrepreneurs living and building businesses in refugee camps.

“It’s a challenging and complicated bill of work,” Drew says, and the HRII is only at the early stages of its journey. One thing it has done so far is create a database of all investible opportunities that allows screening of assets by geography, amount of capital, risk tolerance and theme.

Certainly potential investors – and banking providers – may want to bear in mind that, as Drew notes, refugee-owned businesses "are an incredibly interesting credit risk, because by virtue of their circumstances they have very few resources [and they are incredibly resilient]”.

Whatever refugees may lack, they are unlikely to be short on determination and survival instincts.