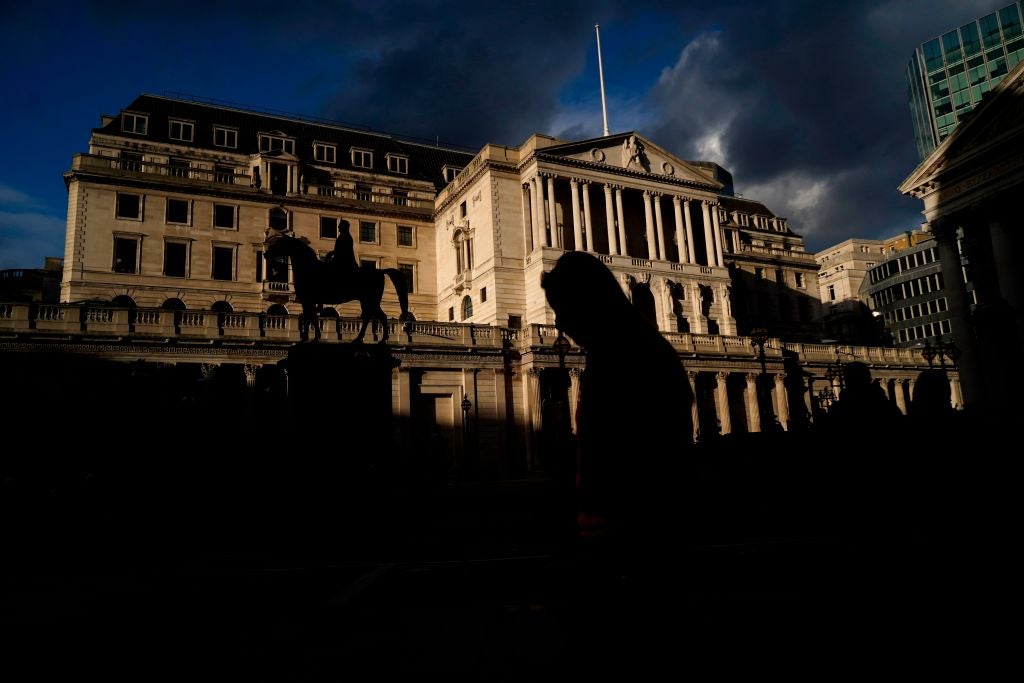 For the first time ever Bank of England supervisors will turn their attention to the threat posed by climate change. (Photo by Niklas Halle’n/Getty Images)

The upcoming stress tests on UK banks and insurance companies, as mandated by the Bank of England (BoE), are set to produce the most accurate picture to date of climate risk in the financial system.

The goal is to establish how bank balance sheets and capital levels stand up to two sets of risks: the physical risk of severe weather events like flooding, subsidence, droughts and fires, and transition risks, such as policy changes to encourage the shift towards net zero emissions.

Stress tests have become an increasingly popular piece of the bank regulatory toolkit since the financial crisis of 2008-09. It’s a wildly more complex version of a doctor asking you to walk on a treadmill: BoE supervisors give banks a range of hypothetical stressful scenarios and then analyse how their borrowers would fare under them.

The BoE’s tests will begin in June with submissions due in September. The results will be published in the first quarter of 2022, but the bank will decide whether to launch a second round of tests by the end of 2021.

This is significant because it will create a picture not just of an individual bank’s climate risk, but of climate risk in the broader UK economy. “We’ve been talking about needing to understand this risk for years, and banks often say they don’t have sufficient data to robustly assess it. Everyone understands the data won’t be perfect, but it will be a big step in understanding how exposed banks really are,” Damian Hales, a partner at Deloitte who advises banks on credit risk management, says.

Stress tests are also useful because they’re forward-looking. “While other ongoing data-gathering exercises are useful, they show where we are right now, not where we might be in the future,” adds Rutang Thanawalla, a director at Deloitte. In this way, future iterations are likely to affect both supervisory and individual bank policy.

Stress test results are typically used to set capital buffers: the number of capital banks have to hold against their lending books in case of a crisis. They can also be used to highlight financial stability risks and to inform broader policy decisions. That won’t be the case this time: the climate tests will look at the system in aggregate and will not produce pass or fail results for individual banks, though the BoE has not ruled this out in future.

For us, it’s very important that this exercise doesn’t, at this stage, lead to capital implications.

“For us, it’s very important that this exercise doesn’t, at this stage, lead to capital implications,” says Constance Usherwood, prudential director at the Association for Financial Markets in Europe, which represents the region’s banks and capital market players. “We’ve already seen the effectiveness of stress testing generally, and we think they will be a key plank of the climate risk policy. But there are challenges, and they’re in a very experimental phase right now.”

Banks have made no secret of the pressure that capital requirements and buffers, which have increased tenfold since the financial crisis, have put on their ability to lend. Business lending from UK banks alone dropped by £90bn between 2009 and 2017, despite record low interest rates.

While a typical stress test scenario might focus on a severe recession combined with market volatility, this time banks and insurance companies will be tested on three policy-response scenarios over a 30-year period: no action, business-as-usual; early policy action driving an orderly transition; and late policy action resulting in a disorderly transition.

The process is highly data-intensive. Risk teams map the scenarios proposed by supervisors onto their portfolios to understand the implications on their future revenues, asset values and capital levels. That includes understanding their scope three implications: the operational resilience of their counterparties as well as their own. Most banks don’t have this data right now, so it will be a challenge.

Balance sheets will be assessed on a static basis – that is, as if the bank makes no moves to mitigate risk over time – though they can add commentary around their expected response (into a spreadsheet, with a maximum 40,000-word limit). This could include helping counterparties to reduce their emissions, investing more heavily in green finance or exiting sectors altogether.

That qualitative analysis of management actions is likely to produce some interesting macro implications, according to Graham Lloyd, director of strategic planning at Nationwide. “It’s a huge undertaking but it will hopefully lead to some great conversations about the level of climate risk across the UK, and how policy can help to reduce those risks,” he adds.

If the BoE does decide to run a second round of tests, these would likely examine the implications of a bank’s planned management actions for others in the market.

What could go wrong

As well as making clear that the first round of climate stress tests should not dictate capital buffers, banks, lobby groups and others have also raised concerns about the accuracy of a test that looks 30 years into the future, when bank balance sheets tend to be much shorter term.

Regulators will feel comfortable once they’ve ticked this off their list, but they’re using scenarios that are only as good as our last crisis.

Cliff Rossi, a professor at the University of Maryland’s Robert H Smith School of Business, is concerned that supervisors will consider the job done and “take their eyes off the ball of the next crisis”.

“My concern is that regulators will feel comfortable once they’ve ticked this off their list, but they’re using scenarios that are only as good as our last crisis,” he says. “Covid provided the perfect example – our adverse scenario modelling was based on a 2008-style crisis, which was nothing like what we saw in 2020. And none of our scenarios worked,” he says.

Supervisors are aware of this and have made clear that they will continue to tweak their approach. There is broad agreement that this is a learning exercise for all involved.

“Although I’m sceptical, I’m also realistic about the fact that we need to do something,” says Rossi. “As long as everyone understands the limitations, I’d grudgingly say that it’s better to do something that’s wrong and refine it over time – but we need to find a way of doing this that’s more practical, applied and realistic.”