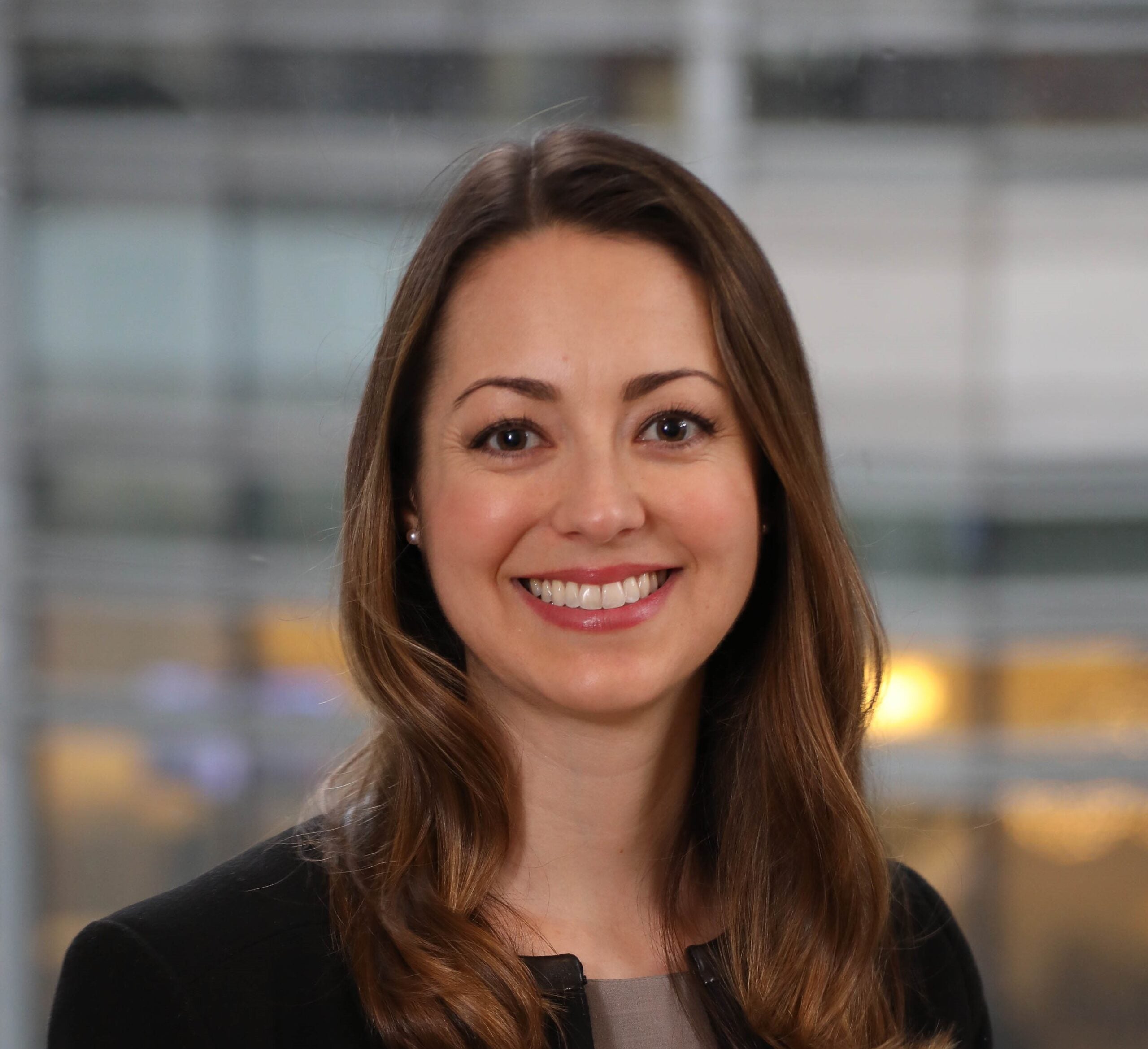 Investment in new fossil fuel supplies is incompatible with net zero while the coming decades will see huge declines in the use of fossil fuels, the International Energy Agency (IEA) said last week in a pivotal new report that is expected to send energy executives scrambling to transition.

The IEA’s ‘Net Zero by 2050’ sets out a clear roadmap for the global energy sector, calling for a major overhaul of energy systems that underpin global economies; for billions of dollars of investment in new technologies; and, among plenty of others, no investment in new fossil fuel supply projects with immediate effect.

A radical departure from the IEA’s fossil-friendly past energy scenarios, the influential body’s report places the banking sector in the spotlight for its role in financing the fossil fuel energy sector. Many banks have been keen to take a positive spin from last week’s publication despite its unsettling conclusions.

In the case of JP Morgan, one of the biggest suppliers of capital to the oil and gas sector, the report arguably calls into question the potency of new targets to reduce the carbon intensity of the clients across its financing portfolios. The bank is targeting a 41% fall in  its auto manufacturing portfolio, a 69% fall in electric power, and a 35% drop in operational oil and gas and 15% fall in end-use oil and gas.

Based on the IEA’s 2019 Sustainable Development Scenario (SDS), the goals are part of the bank’s efforts to align its financing activities with the climate goals of the Paris Agreement. But critics say its strategy points towards a well above 2°C world, allows for expansion of fossil fuel financing, and that the IEA’s new report may render the SDS obsolete, forcing JP Morgan back to the drawing board.

“It sets out quite clearly what 1.5°C means: no fossil fuels and no expansion,” he says. “The climate movement has been calling for this for years. Now the IEA has put it on paper, it will be unignorable.”

Capital Monitor caught up with Marisa Buchanan, JP Morgan’s global head of sustainability, on the morning of the IEA report’s publication to get its early take.

“We’ve got teams across the firm digging into the report,” she says, when questioned on whether the bank will have to change its approach based on the new net-zero roadmap scenario.

“What I think about the IEA’s report is that it plays out in pretty stark terms the challenge we face,” she says. “What I see as critical is that just saying you are going to stop supply doesn’t solve the demand challenges we have for resources like oil and natural gas. It shows very clearly that current government commitments are not enough to meet the goals of Paris.”

As a backdrop to the IEA findings, climate activists have generally welcomed the US bank’s move to set clear targets, particularly in the power sector, which imply a much greater restriction on coal financing – the US bank already prohibits the financing of new coal plants – and its inclusion of methane emissions. They also praise the scope of the financing, which includes all capital markets activities and covers Scope 3 emissions, which many other banks are yet to do.

But the fact the bank has focused on intensity rather than absolute carbon reduction targets has disappointed many. Intensity alone are not sufficient in a decade when global absolute emissions must be cut by 45% at a minimum, RAN says in a report published on the same day the IEA report was released.

JP Morgan’s intensity-only targets “take a page from Big Oil’s playbook” and are “fully compatible with the expansion of fossil fuels and threaten to rubber-stamp increases in absolute emissions”, RAN adds.

It draws on the example of Shell, to which the bank provided $4.7bn between 2016 and 2020. While Shell targets a 20% reduction of carbon intensity by 2030 and a 1–2% annual reduction in oil production to 2030, it is also planning to extract 6.453 billion tonnes of CO2 from new oil and gas reserves to 2050 and has provided no guarantees on cutting absolute emissions to 2030, according to RAN.

Buchanan positions it differently. “We would not, philosophically, make a commitment like this if our goal was to do the opposite,” she says.

“The IEA’s [new 2050] scenario does not replace the IEA SDS and therefore, our targets are still Paris-aligned,” a JP Morgan spokesperson confirmed to Capital Monitor. “We developed our current targets based on the IEA SDS scenario… As scenarios and data improve and technology develops, we will consider updating our targets.”

Using its proprietary Carbon Compass methodology, with support from ERM, a global sustainability consultancy, JP Morgan believes it has correctly mapped emissions and energy projections for oil and gas as a share of the overall future energy mix to its own portfolios to calculate its targets. Its operational intensity scenario assumes a 75% reduction in methane emissions, a 90% reduction in carbon dioxide emissions from flaring, and a 15% reduction in carbon dioxide associated with other energy use.

Focusing on intensity allows the bank to ensure it is doing business with companies that are acting responsibly and taking steps to reduce their emissions in line with the goals of the Paris Agreement, Buchanan says. It allows it to compare companies of different sizes in its portfolio without year-to-year fluctuations in absolute emissions.

Reducing intensity does not preclude a fall in absolute emissions either. Policy changes and the economics of renewables are likely to mean fossil fuel production shrinks over time so the absolute emissions of the banks’ clients will fall anyway. In the IEA’s latest scenario, fossil fuels will fall from almost four-fifths of total energy supply today to slightly over one‐fifth by 2050.

But regardless of what activists are demanding, cutting financing to poor-performing companies is clearly a last resort for JP Morgan.

We have the ability to move the financing lever, but our main objective is to work with our clients to achieve carbon reductions in the real economy. Marisa Buchanan, JP Morgan

“We have the ability to move the financing lever,” says Buchanan. “But our main objective is to work with our clients to achieve carbon reductions in the real economy.”

This sits in contrast with banks like Société Générale, which have set targets to reduce lending exposure by 10% to the oil and gas extraction sector by 2025.

Richard Roberts, director of research at Volans, the agency behind the UK government-backed Bankers for NetZero initiative, which now works with the global Net Zero Banking Alliance, believes this now runs contrary to the new thinking.

“The IEA report is very stark, both in terms of the speed of investment of new technology and how fast the wind down of fossil fuels will have to be,” he tells Capital Monitor. “That is a call to the banking sector not to finance any new fossil fuel [projects].”

But the bank, which extended financing of $317bn in lending and underwriting to the fossil fuel industry between 2016 and 2020, according to RAN, seems intent on handling its roster of global oil titans with kid gloves rather than a wooden cane.

“We see this as an opportunity to partner with our clients around these issues, and again really support them on their transition,” says Buchanan.

Companies not on the right trajectory will be cajoled with dialogue while the targets are set at portfolio level, meaning that in instances where clients have a larger carbon intensity, financing to those with a lower carbon intensity footprint can be increased instead.

The bank will monitor the impact of its financing through close cooperation with its clients, assessing the projected carbon intensity of future capex plans and investments, and over time will signal its ambitions towards steeper reductions.

Where IEA recommendations and JP Morgan’s strategy do converge is in the need for major investment in green technologies. Annual investment in low‐carbon  technologies in end‐use sectors must rise from $530bn in recent years to $1.7trn, the IEA says.

Not a fan of GFANZ

JP Morgan is also notable by its absence as a signatory on the Mark Carney-led Glasgow Financial Alliance for Net Zero (GFANZ), which includes 43 of the world’s biggest lenders with a combined $28.5trn in assets.

When asked why, Buchanan says JP Morgan is further down the path than many of the institutions signing up to the agreement. GFANZ is about setting out aspirations, something the bank has done already, she says.

Buchanan is equally keen to impress that there’s no point cutting supply when demand remains strong, and says that until stronger policy action is taken, there is little a single financial institution can do.

“The climate challenge is bigger than any one institution,” she says. “This commitment that we’ve made represents our ambition, and we hope that others will follow suit by taking some more action. And again, it can’t just be about squeezing supply. That’s not a long-term solution.”