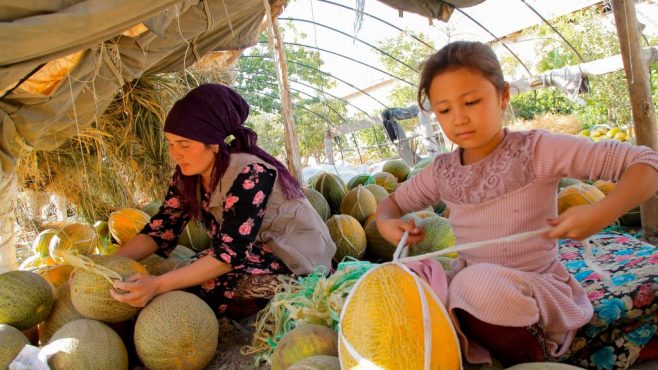 Uzbek children have benefited from a deal facilitated by JP Morgan’s DFI. (Photo by Temur Ismailov / AFP via Getty Images)

Mooted British plans to cut foreign aid are seen by many as a huge blow to the world’s poorest – and they highlight the increasingly important role of the private sector in driving investment to emerging economies.

State aid is dwarfed by the billions of dollars potentially available from international investors. Ghana, for example, received $936m in official development assistance in the whole of 2019, but raised $3.03bn via a Eurobond in March.

This is where organisations such as JP Morgan’s nascent development finance institution (DFI) potentially come in.

Launched in January 2020 to expand the US bank’s activities in development finance and catalyse investment for the UN’s Sustainable Development Goals (SDGs) in emerging countries, the DFI has already helped channel $146bn to development projects worldwide.

Developing countries face an annual funding gap of $2.5trn if the SDGs are to be met by 2030, according to the United Nations Conference on Trade and Development. But only a small chunk of the growing wall of sustainability-focused capital finds its way to emerging markets.

JP Morgan’s DFI says it aims to bring emerging market impact investing to the mainstream, by working with multilateral development banks and financial institutions to de-risk projects and by boosting the impact-related disclosure of transactions.

But it is not a DFI in the traditional sense. JP Morgan will not be using zero-cost public money or its own balance sheet to drive capital to projects and countries overlooked by private financing – so called ‘additionality’. Moreover, while traditional DFIs must generate returns, they have greater scope than an investment bank to take riskier bets on projects with higher expected impact but lower commercial returns.

JP Morgan’s DFI is finding it hard to assess accurately the impact of transactions because of a lack of available data on use of the proceeds.

Unsurprisingly, JP Morgan does not see a conflict between its DFI’s profit-driven and developmental objectives, but the bank concedes that deals that make it through its exclusions filter must meet its commercial objectives. Prohibited projects include those in the coal mining, coal generation and tobacco sectors.

The DFI will work alongside JP Morgan’s bankers to originate deals, assisting clients with disclosures on the development impact of investments, rather than acting as a capital allocator or originating transactions itself. But the aim is to expand its origination capabilities and promote development finance assets such as thematic bonds that address specific SDG targets. The DFI is already looking for new hires.

The institution will also play a key role in helping the bank deliver on the new $2.5trn target to advance climate action and sustainable development that it unveiled last month. JP Morgan plans to finance and facilitate $1trn for green initiatives to support climate action over ten years, with the rest split across community development and development finance.

While JP Morgan’s DFI has been largely welcomed by the development community, its commercial provenance has met some scepticism.

Industry heavyweights such as Nick O’Donohoe – the chief executive of CDC, a UK-based DFI, and a former JP Morgan executive – says the new DFI must be judged by how ‘additional’ it is to the market, as he wrote in a blog post in February last year.

“Will it just be a new way to describe activity that the investment bank is already planning?” he asked. “Or can it find new and innovative ways to direct more capital towards critical development issues?”

O’Donohoe has also urged the US bank to increase capital flows to the “toughest” markets, tighten up its exclusions on areas such as oil and gas and captive coal, and rigorously monitor the impact of its funding. 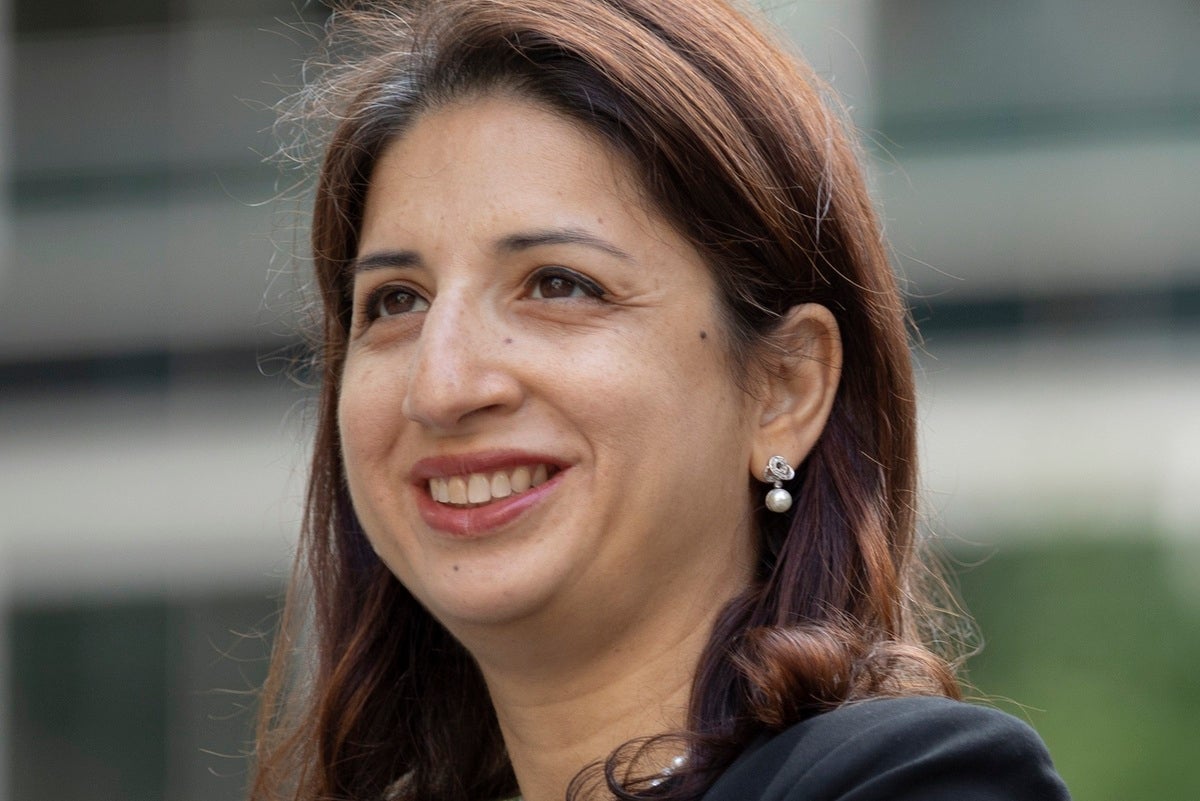 So how does the DFI’s report card read one year on?

First, it surpassed its initial $100bn deployment target, facilitating $146bn via 437 transactions in its first year. Its projects met 16 out of the 17 SDGs and spanned the globe, facilitating infrastructure finance to connect rural areas to commercial cities in Colombia and funding the construction of at least 400 schools in Mongolia through that government’s first green bond.

“What we’re really pleased about is that we’ve been able to apply [our methodology] to the majority of the SDGs, and we’ve achieved a really nice diversity of product and geography,” Faheen Allibhoy, head of the DFI, tells Capital Monitor.

But since JP Morgan is one of the biggest providers of funding to emerging markets already, it is hard to get a sense of whether the DFI is really scaling up development capital – as O’Donohoe intimated.

The bank says it is unable to provide comparable data on transactions financed and facilitated in emerging markets in 2019 and 2020. “Because we’re not using our own or public shareholder money, there’s no scrutiny in terms of additionality,” says Allibhoy.

Where the bank adds value, she argues, is that it helps provide disclosure to the market and offers a “very consistent, methodological way of looking at deals”.

Central to its approach is a ‘development intensity score’. Based on industry best practice, the score is calculated by assessing the size of the development shortfall – such as the number of hospital beds per 1,000 people – and combining this with an assessment of the impact of the transaction. This is based on the targets provided by the client and on the market contribution and structure of the deal.

How much extra value JP Morgan provides compared to other DFIs is another question, given that they too have impact assessment methodologies.

In any case, a proprietary methodology and strong capacity to crunch numbers are only worth as much as the quality of the data fed in. And the DFI is finding it hard to assess accurately the impact of transactions because of a lack of available data on the use of the proceeds by the end users.

Of the 437 deals it assessed, the institution designated 282 ($91bn worth) as “low impact”. Indeed, only one deal – valued at $2bn – was designated as “high impact”, meaning the client had provided very specific, measurable targets for the anticipated development.

Asked if the DFI would finance higher-impact projects to improve this balance, JP Morgan points to the multiple factors that fall under the scope of deal assessment.

Over time, as we collect more data from the transactions we do, we aim to have better data on impact.

A standard bond with an undefined use of proceeds provided to a multilateral development bank (MDB), such as the Asian Development Bank or World Bank, would be given a low score, despite the fact these MDBs exist to facilitate development worldwide.

JP Morgan adds that it is working with clients to provide as much information and disclosure around the use of proceeds and intended impact, and notes that it is still early days.

“We’re just at the beginning of the journey,” Allibhoy says. “These transactions were all done less than a year ago, so the impacts are all ex ante or anticipated at the moment. Over time, as we collect more data from the transactions we do, we aim to have better data on impact.”

The bank is also looking to work with a third-party provider of ex ante monitoring services to determine how best to monitor the impact of capital provided through the life of the instrument.

Ultimately, measuring the impact of the return on dollar investment is extremely difficult, says Paddy Carter, director of development impact at CDC. So JP Morgan should be applauded for telling us “more about what it is financing, and where, and asking itself questions such as whether the hospitals it is financing will benefit the bottom deciles of the income distribution”, he adds. “We want to know more about what the underlying companies are doing.”

Nascent challenges aside, JP Morgan can at least boast some early success stories.

One beneficiary of increased disclosure is Uzbekistan. In November, the DFI worked with the government there to raise UZS2trn ($200m). The money helped build 15 new schools, three new health institutions and new transport and utility infrastructure, and fund social welfare programmes to support women and children.

The DFI assigned the transaction a development intensity score of “high”, adding 13 pages of disclosures to Uzbekistan’s offering circular as well as details on how the proceeds of the deal aligned to seven SDGs.

Uzbek officials say this helped the transaction reach a broader investor set. “We have reflected in the prospectus the areas where the proceeds would be used as well as SDG alignment; and this facilitated the marketing to new sources of institutional capital focused on SDGs and social impact,” Nargiza Nigmatova, head of global financial markets at Uzbekistan’s ministry of finance, tells Capital Monitor.

Allibhoy says she would like to see the increased disclosure fuelled by the DFI drive greater investor demand and lower cost of funding, but feels it is too early to quantify the extent to which it is doing so just yet.

Similarly, the jury looks set to remain out on the success of JP Morgan’s new DFI until it can originate – and more accurately measure the impact of – its own deals. But as CDC’s Carter says, more information on companies and markets is always welcome.