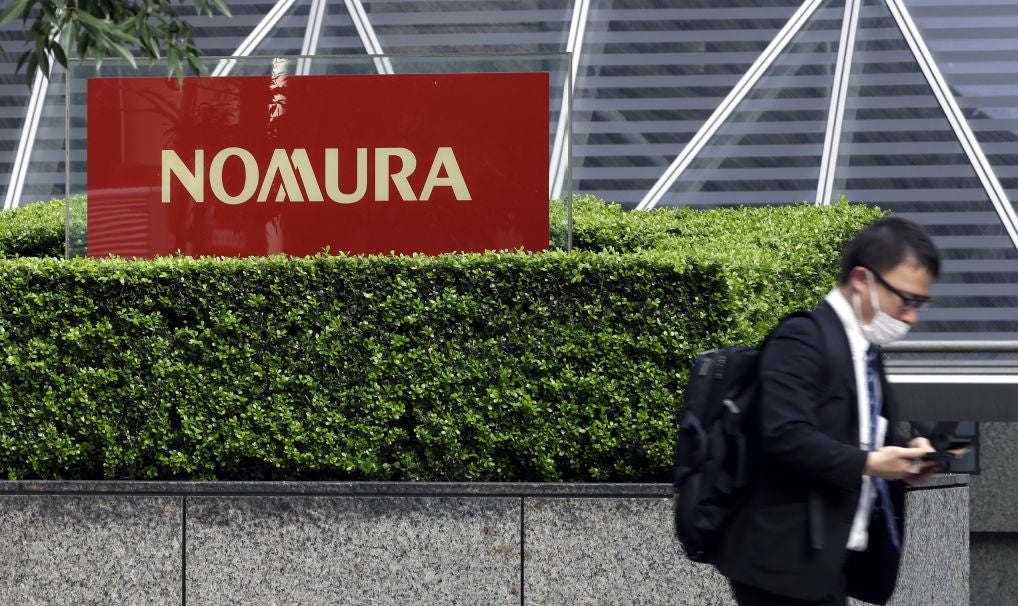 The Japanese bank’s headquarters in Tokyo. (Photo by Kiyoshi Ota/Bloomberg via Getty Images)

In September Nomura joined the growing roster of global banks within the UN’s Net-Zero Banking Alliance (NZBA), a financial collective committed to reducing its carbon financing and investment portfolio emissions by 2050. Alliance members are required to submit, within 18 months of signing up, science-based climate plans and interim targets for 2030, and annually publish details on emissions.

Efforts to standardise how banks approach aligning their portfolios with pathways to net zero are accelerating. On 20 October, the Financial Services Taskforce, which co-founded the NZBA and now includes a group of CEO-level executives from 11 global banks, published a guide offering suggestions for how banks can develop robust strategies with positive climate impact.

Accepting that each bank’s journey will vary depending on where it operates and what it finances, the guide also includes a discussion as to whether capital markets activities should be included in constructing a net-zero strategy.

While the signatories to the guide agree that “on balance sheet” is in scope, there is fierce debate about how to account for capital markets activities, such as M&A advisory. The group settled on reporting capital markets-related emissions metrics, but only using them to inform carbon targets when the methodology around calculating such metrics improves.

For Nomura, leaving capital markets and other “facilitated emissions” out of scope of climate targets means the bulk of its business – raising debt, equity and facilitating big M&A transactions – can continue largely unchecked. The bank is, however, focusing attention on its commercial lending book and has pledged to align this, and its investment portfolio, to net zero by 2030.

Nomura’s total credit exposure – or loan equivalent figure, which covers some straight loans, structured lending, derivatives exposures and capital markets activity – to carbon-related assets is just 1.4% of its total credit exposure as of 31 March, with transport making up 0.4%, power 0.3%, and oil and gas 0.3%, as set out in its TCFD report (see chart below).

To that end, senior management does not have to figure out how to unbundle vast and complex relationships with oil and gas giants. But to assess the transition risk of its portfolio, it is using Intergovernmental Panel on Climate Change’s (IPCC) representative concentration pathways scenarios and the Network for Greening the Financial Systems’ (NGFS) transition scenario.

As such, Nomura hopes to facilitate capital into nascent technologies such as carbon capture and storage and electric vehicle infrastructure, and help arrange transformative transition trades in renewable energy and clean technology through last year's acquisition of Greentech, a US boutique investment bank specialising in renewable energy and sustainable technologies. At the same time, Nomura aims to work with clients to understand the impact of climate change on their development.

Andrew Bowley, Nomura’s wholesale governance officer, tells Capital Monitor: “At one end of the spectrum we’ve got our appetite, which is basically the scenarios that we won’t finance… and at the other end is where we are positively engaging in sustainability activity and how we are dealing with that in a clear and coherent way. 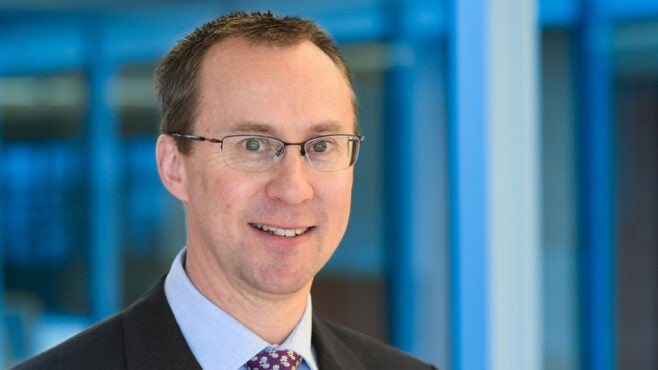 “It’s about truly understanding where the organisation is on a transition pathway, [whether it is] on the best route, [and] if it’s off route, does that mean we don’t want to do business with them, can we steer them [in the right direction?]”

As of September last year, Nomura decided it would not provide financing to new thermal coal power generation with technology below ultra-supercritical (which are particularly fuel-efficient) in developed markets, nor to new thermal coal mine development in developed markets, nor mining in mountain-top areas, protected areas or conflict minerals. It also has restrictions on financing for projects on peatlands, high-conservation areas, primary tropical forests or illegal or destructive logging.

However, emerging markets are not mentioned in these exclusions, despite them accounting for a substantial portion of its financing activity.

Nomura is “not favourably disposed” to financing any coal project, even in emerging markets, a spokesman tells Capital Monitor. “However, we have left flexibility in the policy because we may see a situation where the social benefits of a new coal project might, during the transition, outweigh the environmental impact. This would have to be a truly extraordinary situation.”

In any case, the bank’s overall financing restrictions are likely to get tighter, says Bowley, without giving a planned timeline. “If you’ve got a net-zero commitment, clearly your commitment to anything that has emissions has got to tighten over time.”

But embedding ESG into investment banking must go beyond the parameters of what the bank will and will not finance, Bowley says.

To this end, the Japanese bank says it is enhancing its existing transaction approval processes with screening for ESG risks and training all investment banking staff on what constitutes ESG.

“We’re setting the criteria ever tighter to make sure what we finance is within a central bound. We don’t just add anything that touches E, S or G,” says Bowley. The bank is very conscious of avoiding accusations of greenwashing in this respect, he adds.

To determine what it means by ESG, the bank assesses against an internal reporting framework based on eligibility criteria for green or social bonds that over time will be verified by external assessment.

“If a company meets a materially significant portion of those criteria – effectively towards 90% or above – then we’ll [do the deal],” says Bowley. Those flagged as having significant ESG risks are referred to senior management to review.

The bank’s key performance indicators currently focus on greenhouse gas emissions, but it is increasingly focused on how to quantify social impacts.

While Nomura’s commitment does not yet include its capital markets activities, Bowley says it made the pledge with the expectation that underwriting and similar activities will be built into the framework.

A net-zero edge for Nomura?

Nomura may have a head start on this with Greentech. Founded in 2009 by Jeff McDermott, Nomura’s recently appointed global co-head of investment banking, Greentech has completed some 170 green and sustainable deals, including $55bn of M&A, $9bn of capital raising and 77GW of renewable energy asset transactions.

Now renamed Nomura Greentech, the firm focuses on both incumbents and innovators. It defines the former as large energy and natural resources companies that the firm helps decarbonise and the latter as private equity-backed start-ups that want to change the world’s energy and infrastructure systems.

The theory is that if the US and Europe do everything right, and Asia continues to use high-carbon, wasteful technologies, we’re going to destroy the planet. Jeff McDermott, Nomura Greentech

In his new role, McDermott is charged with expanding Nomura’s global investment banking platform and its US franchise. The bank aims to boost global advisory revenues by at least 50% by the end of its financial year 2023/24. Pressed on where he thinks this growth will come from, McDermott says he is “embargoed on giving any data other than my age”.

The acquisition marries McDermott and his 80-strong team’s sector expertise with Nomura’s global network, which offered the particular attraction of Asian market penetration, a region that McDermott did not previously have the scope to reach.

"The theory is that if the US and Europe do everything right, and Asia continues to use high-carbon, wasteful technologies, we’re going to destroy the planet," McDermott adds. “We have to help accelerate this technology transfer, this business model transfer, to Asian companies and investors.”

Over the past year, Nomura Greentech has completed or announced 27 M&A and financing deals for companies in Africa, Asia ex-Japan, Europe, the Middle East and North America. “Business has doubled from what it was before the merger,” says McDermott’s, with the pipeline now three times its pre-merger size.

The firm had advised on $2.5bn of transactions by the end of its financial year 2021. The new franchise has also won its first Japan mandate and advised Tokyo-based NEC Corporation on the sale of US franchise NEC Energy Solutions, an energy storage company, by South Korea’s LG Energy Solution. The deal was signed in September but has not yet closed.

Nomura certainly appears in a better position to achieve net zero than some of its bulge-bracket peers, and the bank does appear to be aligning its business operations to that end. But it remains a concern that a clear set of timelines on how it will achieve these ambitions is still lacking.