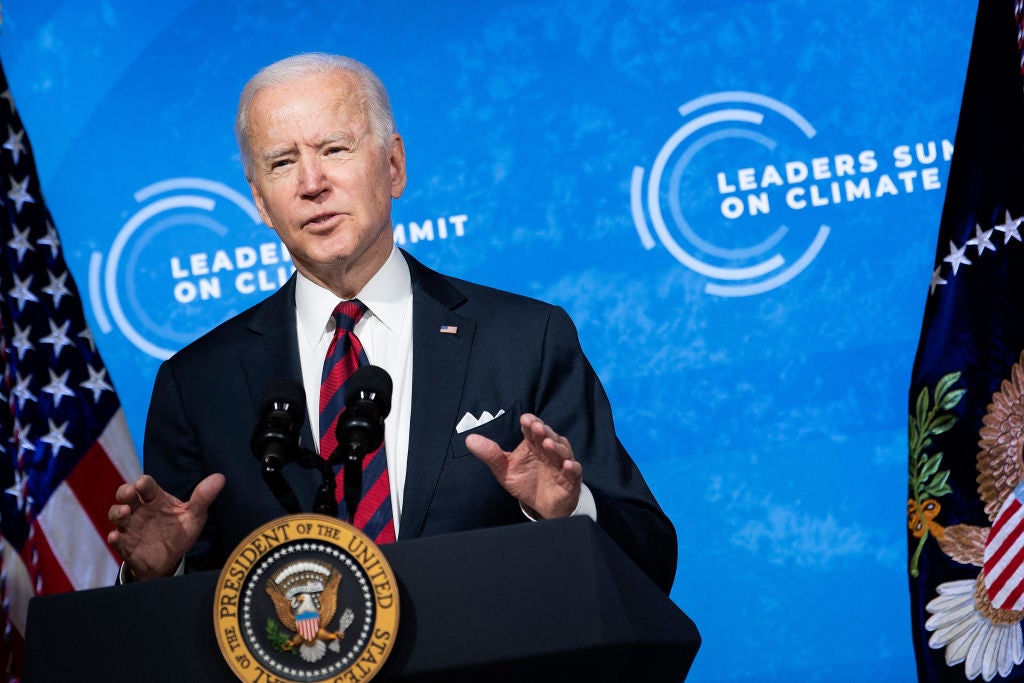 Large and influential investors, and even some leading corporates, are throwing their weight behind a new proposal to force US companies to report granular information about how climate change will affect their business. Many see the move – part of President Joe Biden’s wide-ranging environmental drive – as well overdue, and that without it markets are failing to properly price in climate risk.

The plan has backing from the likes of huge investors BlackRock and Blackstone and tech giants Apple and Uber, but undoubtedly faces opposition from some quarters.

“The SEC [Securities and Exchange Commission] is clearly acknowledging that it’s [lagging] behind the international arena [on environment-related regulation] and is moving forward quite aggressively,” says Sonia Barros, a partner at US law firm Sidley Austin. She previously spent 17 years at the securities regulator covering corporate disclosure.

The SEC launched its 90-day consultation on mandatory climate-related disclosures in March. The proposals incorporate 54 detailed questions addressing, among other areas, broader environmental, social and governance (ESG) disclosures, the creation of a dedicated standard-setter, and whether audits should be required.

In addition, the SEC has this year created new climate-focused positions, voiced support for the IFRS Foundation’s plans to establish the International Sustainability Standards Board, and established an ESG task force, while its officials have given multiple speeches focused entirely on climate change.

“This type of public statement is not typical and shows a big policy shift – that [regulators] are doing everything they possibly can to catch up,” Barros tells Capital Monitor. The SEC’s activity levels in this respect over the past six months have been unprecedented, she adds.

And not before time, many would argue.

For years now investors have been calling on companies to adopt a standardised framework for non-financial reporting. Nearly 600 individual firms with a combined $54trn in assets under management and representing 80% of global industrial emissions have now joined Climate Action 100+. The initiative is urging companies to implement the recommendations of the Taskforce on Climate-related Financial Disclosures (TCFD).

In February, the world’s biggest asset manager, BlackRock, went a step further by declaring it may vote against companies that do not report their carbon emissions.

“We don’t believe companies should wait for government action to adopt TCFD-aligned disclosures, but we also support the efforts of regulators to mandate disclosure of climate-related financial risks aligned to TCFD,” the $9trn fund house told Capital Monitor in an emailed statement.

“A consistent set of reporting standards will promote access to consistent, high-quality and material public information that will allow asset owners and managers the ability to make more informed decisions,” added BlackRock.

Another huge US asset manager, the $3.6trn State Street Global Advisors (SSGA), is of a similar mind.

“[SSGA] is supportive of initiatives for greater sustainability disclosure from public companies and is prepared to use the voting power to push for progress in this area,” says Carlo Funk, head of ESG investment strategy for Europe, the Middle East and Africa.

“Companies need to have active plans in place and need to understand how ESG topics affect their companies,” he tells Capital Monitor. “Companies and their directors should be prepared to engage with shareholders and other stakeholders on ESG topics and indicate the board’s awareness and sensitivity to ESG matters.”

Even some corporates – such as Apple and Uber, both of which already produce ESG reports – have been quick to voice their support for the proposal.

“Many, if not most, of our investors – regardless of location – have asked us to make commitments regarding climate and sustainability,” Keir Gumbs, Uber’s deputy general counsel, told Capital Monitor. “They’ve been extremely supportive of our commitments, both in terms of the substance and reporting.”

While around 1,500 corporates – mostly multinationals – have formally expressed support for the TCFD, a significantly smaller number report in line with its recommendations. Many are reluctant to do so because of concerns about disclosing confidential information and the lack of a standardised reporting framework, says the TCFD’s 2020 status report, published in October.

The US Chamber of Commerce and Business Roundtable did not respond to requests for comment, while the Small Business Administration declined to comment. Both are based in Washington, DC.

Meanwhile, there is the inevitable political opposition. West Virginia attorney general Patrick Morrisey, a Republican, has threatened to sue the SEC, calling its proposal “unprecedented and dangerous”. He said enhanced climate disclosures could see companies “state in securities filings how much meat is eaten in company cafeterias”.

Such developments would not be unusual in such a litigious country, and industry sources do not seem especially concerned by the threat. This may be at least partly because Republican commissioners are in the minority at the SEC right now, says Barros.

Ultimately, the implications of inaction on environmental reporting could be disastrous. Research suggests that the potential economic damage of climate risk is huge, and that it is not being properly priced in by investors because of a lack of available data.

Since 1980, extreme weather events have cost the US at least $1.87tn with a bill of $95bn for 2020 alone, according to government data (see graph below). And a World Economic Forum study in November found that 2019 equity valuations did not reflect any of the commonly discussed global warming scenarios and associated projected changes in hazard occurrence or incidence of physical risk. It recommended mandatory climate change physical risk disclosure standards.

In short, investors in the US are missing out on data that’s available to investors elsewhere because of differences in disclosure requirements – and this can affect valuations, says Degas Wright, chief executive of US firm Decatur Capital Management.

Others make a similar point.

Cardano Group, a Dutch risk and investment advisory firm, has responded to the SEC consultation because its clients are largely UK pension fund trustees, which from October will be regulated in line with TCFD standards.

“We’re pushing for TCFD for two reasons: the urgency of climate change, of course, but also because it’s now a regulatory obligation of our clients,” says Will Martindale, group head of sustainability at Cardano. “We’ve seen great progress among some US companies, but there’s always going to be gaps in disclosure when it’s not a regulated obligation.”

Globally, there has been steady improvement on climate disclosure among signatories to the UN Principles for Responsible Investment (see chart below).

Perhaps surprisingly, though, more large companies in the Americas report on sustainability issues than anywhere else in the world, according to KPMG’s sustainability reporting survey, published in December 2020. Nearly all of the biggest US companies now use some standard – the Global Reporting Initiative is the most popular – but there are still many to choose from, making comparison tricky.

Even so, at a policy level, the US is considerably behind other nations in respect of climate disclosure. The European Union already has an enhanced mandatory regime, New Zealand and the UK have also confirmed plans, and many more jurisdictions already have voluntary schemes in place.

Moreover, as the SEC is arguably the most influential securities regulator in the world, its proposals – if adopted – are likely to encourage many more markets to follow suit.

And the actions of the Biden administration so far suggest it’s a question of when, rather than if, tighter disclosure requirements are introduced.

The consultation will close on 13 June, at which point all responses will be reviewed. The SEC is likely then to propose initial rules for public comment, typically for 30 or 60 days, before releasing final rules and starting a transition period prior to full implementation.

It’s possible that the watchdog will release three proposals over the coming months: one on climate disclosure, one on ESG disclosures more broadly, and a third addressing international coordination.

There is some way to go, though, because the regulator is conscious of the potential burden for corporates.

“The SEC is very attuned to the cost and burden on companies and will need to go through a cost-benefit analysis, but there’s clearly a lot of support for moving forward,” says Barros.

There is a careful balance to be struck, agree reporting specialists.

“If the US were to go full-speed and introduce a massive reporting requirement, many companies will either panic, fake it, or ignore it,” says Svetlana Klimenko, financial management specialist at the World Bank. “So I would always recommend a gradual approach.”

Meanwhile, BlackRock suggested to Capital Monitor that governments should “pair any mandate with temporary legal protections to shield companies from liability, as long as they make a best effort at representing material risks”.

The prospects for mandatory climate disclosure in the US look hugely promising, but as ever, the devil may be in the detail – and clearly the stakes could not be higher.