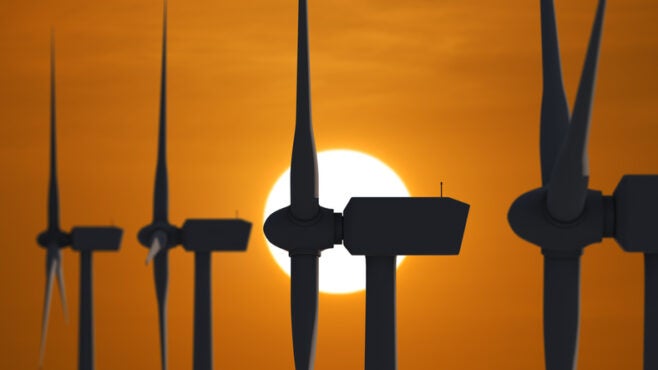 Just hot air? Governments are raising more green debt than ever before but the use of proceeds are less targeted at renewable energy than expected. (Photo by x-reflexnaja via Getty Images)

Early forays into green bond issuance by sovereign governments have been modest any way you look at it. They have so far issued €145bn of green bonds to date, according to Capital Monitor sister company GlobalData – only around 10% of all green bond issuance. France is the largest advanced economy issuer so far, and green bonds make up only 1.9% of its debt stock. The only exception is Chile, where 16% of its bonds are now labelled green, social or sustainable.

The private sector has built much of the early momentum in green bond issuance. This is in contrast with the non-green bond market where governments like to lead – finance ministries issue at benchmarks in order to build a yield curve that the private sector can use for pricing. The US, the world’s most important government bond issuer, has yet to announce any intention of a green issue, while no country has dared to go near sustainability-linked bonds, of which over 60 have been issued by corporates to date.

Given investor demand for green products and the fact government spending will be a key driver behind plans to transition to a low-carbon world economy, this is perhaps surprising.

Sovereign green bond use of proceeds

The spending of sovereign green bond proceeds has also failed to match policy priorities. Emissions generated by supplying energy account for 23% of European emissions, according to the European Environment Agency. The next highest are domestic transport (20%), industry (19%) and residential and commercial property (11%).

However, only a tiny proportion of green bond proceeds have gone toward generating cleaner energy. For those countries that first issued before 2021, annual allocation and impact reports show green bond investors where their money has been invested.

Green buildings, which involves building or improving buildings to high energy efficiency standards, was another popular area: five countries invested bond proceeds into green buildings, with an average allocation of 40%. France, the largest issuer, has invested 46% of its green bond proceeds into projects such as providing incentives for households to upgrade their home heating systems and insulation. Lithuania has so far directed its green bond proceeds to one major project: modernising Soviet-era apartment buildings to make them more energy-efficient.

Some issuers have different priorities altogether. Egypt used 54% of its proceeds for sustainable water and wastewater management. The vast majority of Fiji’s green bond proceeds have gone toward rebuilding schools and conducting emergency works following cyclones, while Indonesia used 36% of its green bond proceeds to improve its flood mitigation and food security.

Many countries did allocate funds to renewable energy; however, the average allocation to renewables was just 5%.

One reason for the lack of renewables in green bond allocations is that many countries decide they want to raise a bond, then look for existing expenditure items it can be linked to. So, in many cases, assigning green bond funds to rail was easy because it was expenditure that already existed.

Assuming investor appetite holds, we are likely to see more ambitious forms of government expenditure tailor-made for green bond financing. With this, more proceeds are likely to shift away from ready-made expenditure items such as transport and towards new items related to transition projects, such as renewable energy.

This is starting to happen in France. France’s debt management office, Agence France Trésor, said in a 2021 investor presentation that the allocation of green bond funds to renewable energy would be increasing from 8% to 47% (its next post-issuance report will confirm if this occurred).

While France’s issuance has been relatively small compared to its debt stock, it is now viewing its entire public expenditure through a green lens.

This does not necessarily mean France is massively increasing its spending on renewables. It is partly because up until this year an environmental tax was used to fund renewable energy projects, with the finances kept separate from the general budget. Now this tax has come to an end, a portion of renewables expenditure has been brought back into the general budget. But it is also because the French finance ministry has begun giving every item of state expenditure a 'greenness coefficient' allowing it to identify eligible green bond allocations. While France’s issuance has been relatively small compared to its debt stock, it is now viewing its entire public expenditure through a green lens.

We might expect to see similar trends when the UK and Germany issue their first post-issuance reports. They will pick the low-hanging fruit first – existing expenditure items like rail – but once they have got their cross-department cooperation organised, we may well see more pressure for governments to generate more ambitious green projects.