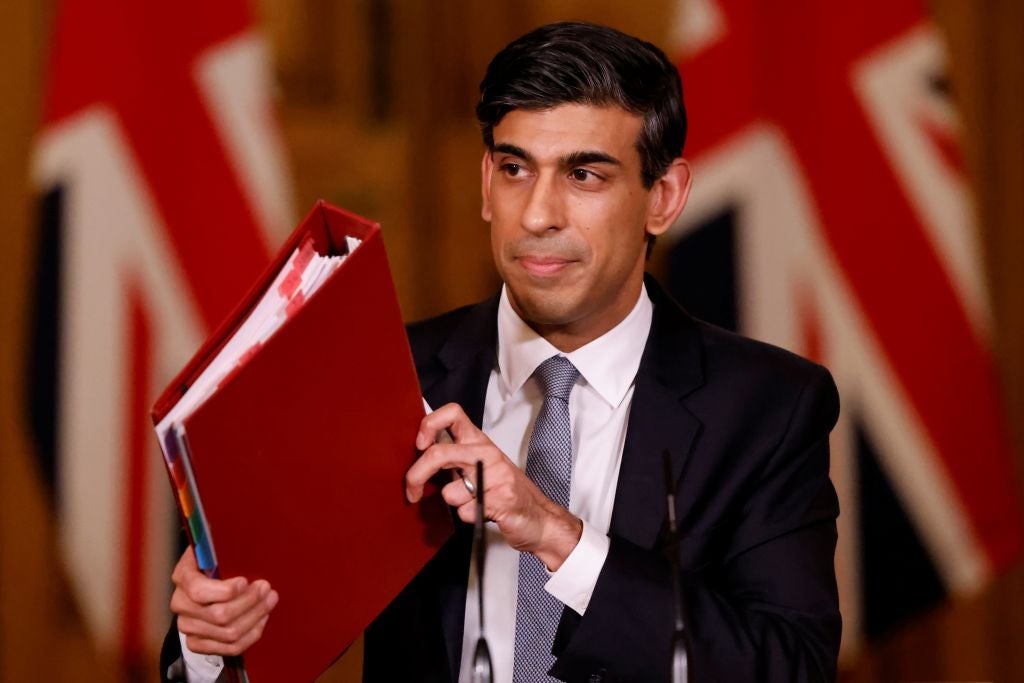 Rishi Sunak, chancellor of the exchequer for the UK, is set to reveal a blueprint for a green taxonomy. (Photo by Tolga Akmen/WPA Pool/Getty Images)

Financial market participants are concerned by the UK government’s plans to develop its own green taxonomy rather than directly implement the EU’s version. They argue it could confuse investors and increase the cost of capital.

Anxiety around having multiple taxonomies to work to was heightened in late 2020 when the UK Chancellor Rishi Sunak set out the government’s Ten Point Plan for a Green Industrial Revolution, including further information on plans for its own standards.

Put simply, a green taxonomy is a classification system that determines the sustainability of different economic activities, which companies then report against. It’s seen as essential to improving environmental comparisons between different firms, which is currently difficult as companies can choose from a range of voluntary standards.

At this stage, not much is known about the UK’s intentions, though it’s not expected to diverge significantly from the EU. In his statement, Sunak said it would “take the scientific metrics in the EU taxonomy as its basis”, with a newly created technical group reviewing suitability for the UK market.

At a minimum, two taxonomies would be a compliance headache for financial institutions, most of which would be subject to two or more regimes. But some are concerned it would also make investment products harder to compare as well as increase the costs of cross-border capital raising, which could act as a deterrent to companies looking to raise funds.

The UK and EU are not the only jurisdictions developing their own taxonomies. China already has one, and adaptations at various stages of progress are underway all over the world, including in Canada, Russia, Malaysia and Singapore. There are already some fairly major divergences: Russia’s proposal includes coal-to-gas conversions as a sustainable activity, while China’s taxonomy permits clean coal projects to be financed by green bonds.

“Our concern is that every country ends up with a slightly different definition of what’s green or sustainable, which would be a serious problem for cross-border capital flows,” says James Alexander, CEO of the UK Sustainable Investment and Finance Association (UKSIF), a membership organisation representing UK banks. “Most financial institutions have investors in different countries so it’s really important to have the same understanding of what’s sustainable.”

While the government had initially said that its taxonomy would be principles-based, the announcement last November suggests greater alignment with the EU’s prescriptive approach.

The most likely scenario is that the UK adopts a taxonomy that is practically the same, but with some minor tailoring to its own transition pathway.

“It’s justifiable that there may be some tweaks to the technical screening criteria to reflect UK economy specifics, such as the country’s industrial mix,” says Tonia Plakhotniuk, an associate director in the policy team at the Association for Financial Markets in Europe. “But if the UK were to significantly revamp that criteria – which is science-based – that would be a political decision that we believe would lead to higher compliance costs, an operational burden, reduced liquidity, and higher costs for cross-border transactions.”

No taxonomy is perfect

While viewed as ambitious when first pitched in 2019, the EU’s taxonomy has not had a smooth path to implementation. The European Commission’s entire renewed sustainable finance strategy has been delayed due to fierce lobbying from eastern member states over the inclusion of natural gas, which they see as an essential transition fuel in their journey away from coal.

This tension is unsurprising considering the EU taxonomy must satisfy 27 governments – and it could present an opportunity for the UK, which has already made considerable progress on its carbon transition, to go one step further.

Ben Caldecott, director of the University of Oxford’s sustainable finance programme, believes it should. “In that way, the UK taxonomy would become the more rigorous and robust of the taxonomies and help create a race-to-the-top dynamic with the EU and other countries,” he says. This rationale is generally based on the fact that global financial institutions have to comply with regulations everywhere, so it often makes sense to implement the highest standard across the board.

The UK taxonomy would become the more rigorous and robust of the taxonomies and help create a race-to-the-top dynamic with the EU and other countries. Ben Caldecott, University of Oxford

While governments everywhere are aiming for the same end goal, their specific targets vary. The UK is aiming for a 68% reduction in emissions by 2030 – more ambitious than the EU, which has a target of 55%. There is a degree to which national-level differences make sense – it would be difficult to assess a project in a developing market against EU standards – but it’s also easy to see how this could create opportunities for arbitrage and confusion. Generally, financial institutions prefer consistency – even if it means losing out on an advantageous regime in one jurisdiction.

Ultimately, the taxonomy an issuer complies with will be determined by where its investors are located. If the company has investors in both the UK and EU – which most do – it will potentially be reporting different taxonomy scores to different investors.

That would make it much harder for investors to know which result to trust, says a government affairs director at a major international bank in London. “It’s true that it’s a compliance hassle, but we’ll cope with that,” he says. “The bigger issue is how difficult this would make it to compare companies – which is the whole point of the taxonomy.”

If the UK were to diverge significantly, it’s likely that the same company will have different scores under each taxonomy. Policymakers are at risk of perpetuating the existing environment of multiple ESG (environment, social and governance) standard-setters and scoring systems that are already confusing investors everywhere, and transaction costs would likely rise in line with the increased compliance burden.

The focus on global consistency can be a red herring. While it would undoubtedly help if all regulators classified investments in the same way by insisting that everyone comes along for the ride it can give more advanced nations an excuse for slow progress and risk driving down standards to accommodate everyone.

Besides, in its current state, the EU taxonomy is very narrow. It only covers six areas of economic activity and does not ban anything. Over time it is likely to mean that if a company’s performance against the taxonomy is unsatisfactory, it will be more difficult for that company to attract green-minded investors. But that is happening anyway. Legislators are well behind large parts of the market on this.

In any event, the International Platform on Sustainable Finance – an initiative led by the EU and China, it includes members from 17 jurisdictions, representing 55% of both global greenhouse gas emissions and GDP – should ensure that taxonomies at least work together. The UK joined in late 2020, and the goal will be mutual equivalence.

This should give some comfort that regulators do at least plan to work together, and many hope that further US support will come as Cop26 momentum builds over the summer – though a US taxonomy is not expected anytime soon.

A spokesperson for the City of London’s International Regulatory Strategy Group (IRSG), which is providing input to the government’s taxonomy working group, says it strongly agrees with the EU alignment approach, adding: “Climate change is a global crisis and needs global solutions. To avoid fragmentation in this space, the IRSG is calling for the development of aligned taxonomies.”