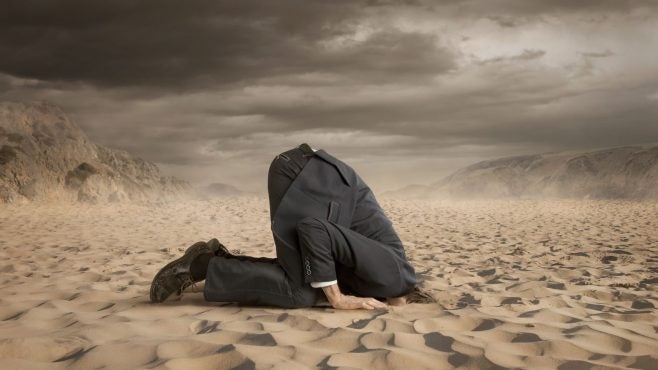 Company executives are ignoring the challenges of ESG reporting. (Photo by Rangizzz/Shutterstock)

At the end of February last year, a US district court judge in Montana had to rule on whether an activist shareholder at NorthWestern Corporation (NorthWestern) could force the utility company to allow shareholders a vote on an environmental resolution at its annual meeting.

The activist, a lawyer called Thomas Tosdal, had wanted NorthWestern, which serves the states of South Dakota, Nebraska and Montana, to halt coal-fired electricity generation at Montana’s Colstrip plant and replace it with non-carbon-emitting renewable energy by the end of 2025.

The judge eventually sided with the company, for the technical reason that the proposed vote was too narrow in scope. He argued that the shareholder proposal had failed “to transcend the ordinary business operations of NorthWestern” because it did not “focus on something larger than shutting down a specific plant by a specified target date”.

The event merely highlighted a problem companies are encountering more often: the disclosure of environmental, social and corporate governance (ESG) data. Although pressure from shareholders is increasing, regulations remain slow to harmonise and companies are confused, uncertain and, in some cases, very hostile to being questioned about it.

“Although 98% of global institutional investors take ESG and sustainability data into consideration when they’re making an investment decision, nearly 83% of them cite data as the obstacle to effective assessment of investments,” said Sherry Madera, global head of industry and government affairs at market data firm Refinitiv, speaking at the Institute of International Finance (IIF) Sustainable Finance Summit on 21 April.

It is a concern that has been picked up in recent reports, which conclude that confusion about ESG reporting limits effectiveness and increases cost for companies.

Part of the problem is the sheer number of standards out there, the scale of which has been highlighted by Nuveen. The global investment manager’s 2021 Proxy Season Preview highlights the fact that, in 2020, under 25% of S&P 500 companies’ ESG reports were aligned with the Sustainability Accounting Standards Board (SASB) reporting framework, only 16% of reports referenced the Task Force on Climate-related Financial Disclosures (TCFD), and just 5% of companies published complete TCFD-aligned reports.

“It’s probably the biggest impediment to our work on the responsible investing team at Nuveen, in terms of integrating ESG factors into the investment process,” Peter Reali, the company’s global head of engagement, tells Capital Monitor.

Eric Van Nostrand, head of research for sustainable investments and multi-asset strategies at investment manager BlackRock, made a similar point at the IIF summit. He explained that when he makes investments based on sustainable data, it is not as straightforward as just underweighting the big emitters and overweighting companies that are more exposed to clean technology.

“What we need to do is get nuanced insights about the ways that companies are…  embracing new sources of energy and aligning themselves both to minimise their own transition risk and to gain exposure to the… the low-carbon economy,” he said.

While the problems for investors should not be underestimated, neither should the scale of the problem for companies. They find it hard to know what to disclose and over what time frame, often burying their heads in the sand rather than addressing ESG demands head-on.

“There are over 1,500 organisations expressing their support for TCFD globally, but not everybody is able to provide the disclosure or understands the impact of their activities, or the impact of climate on their assets, their portfolios or their strategic resilience in the future,” said Andrea Blackman, global head of ESG solutions at Moody’s, speaking at the IIF summit.

It is this confusion that is adding to the stress, and to the bottom line for firms.

“With respect to reporting frameworks, companies choosing to report using multiple standards or metrics may risk limiting their reporting effectiveness and impact, and increasing complexity and cost,” noted KPMG in its recent report Environmental, Social and Governance (ESG): A Key Approach to Business Resilience. The professional services firm is calling for comparable ESG information and moving towards a global, consistent reporting standard.

The cost of capital between the highest ESG-scored companies on MSCI World Index and the lowest is 39 basis points.

The cost of a lack of ESG transparency is significant. MSCI, the US provider of market indices, has estimated that the cost of capital between the highest ESG-scored companies on its World Index and the lowest is 39 basis points – a cost of funding that should make any chief financial officer think twice.

“The problem is quite significant right now,” says Patrick Chu, head of business reporting and sustainability at KPMG China. Nuveen’s Reali agrees, but adds: “At this stage, there is probably no excuse for a lack of a plan of how you’re going to get there.”

That cost is unlikely to go away any time soon, especially as corporations remain under increasingly active pressure from shareholders.

“The reason [that companies want to list] is to connect to capital,” Chu tells Capital Monitor. “They need to make sure that they are following the ESG expectations of their investor group, which includes private equity and investment funds.”

And there is certainly a sense investors are becoming more active. In the US, for example, for the 2021 proxy season climate-focused stakeholders of S&P 500 companies have filed 121 proposals to ask questions at shareholder meetings. This is up from 93 last year, according to proxy advisory firm ISS.

But boards are not going down without a fight. As Nuveen points out in its report, companies can omit shareholder proposals from ballots through what are called ‘no-action requests’. The US Securities and Exchange Commission (SEC) allowed 63 resolutions related to environmental and social issues to be omitted in 2020 – including that from NorthWestern – up from 41 in 2016.

This increase in the number of omitted resolutions reflects both shareholders flexing their muscles as much as an unwillingness to embrace ESG matters. Either way, it is not a long-term solution.

Just because there isn’t a specific referendum from a shareholder proposal on the ballot doesn’t mean that people won’t consider voting against directors.

“There are many shareholders that have started to view aggressive, no-action requests as maybe a bit too far,” says Reali. “How long can a company keep batting this stuff away?” he asks, pointing out that the omission of a proposal from the ballot does not exclude shareholders using a court order.

And whether a proposal is on the ballot or not, he believes much more activism is going to be seen this year. “Just because there isn’t a specific referendum from a shareholder proposal on the ballot doesn’t mean that people won’t consider voting against directors,” he warns.

The carrot and the stick

The other pressure on companies comes from regulations. Although legal pressure on ESG compliance might remain contentious, there is little doubt that increased regulation is the direction of travel.

A prime example is Hong Kong. The Hong Kong Stock Exchange has had ESG reporting requirements for listed companies since 2016, but in July last year new guidelines kicked in. These now include a board statement on a company’s position on ESG matters, the disclosure of environmental key performance indicators (KPIs), and a requirement that ESG reports are published within five months of the financial year end.

Cries for a common language on sustainability are certainly growing louder. KPMG’s Chu uses auditing as an analogy, pointing out that when he conducts a financial audit he is aware of the requirements, and the numbers are generally consistent. With ESG audits, however, he says that “the problem is interpretation”.

Few would disagree that some level of harmonisation is needed, but if companies and investors are hoping for agreement on international global standards any time soon, they might need to think again.

Not everyone is in favour. Indeed, some in the US are actively hostile. In mid-April, Hester Peirce, commissioner at the SEC, argued in an online polemic on the organisation’s website that common ESG disclosure metrics would “constrain decision-making and impede creative thinking”. Appointed by Donald Trump, her point is that metrics that are determined by the government stifle innovation and are a shift away from what she describes as “investor-oriented financial materiality”.

Hers may be an increasingly isolated voice. In January, 61 companies with a combined market capitalisation of more than $20trn publicly committed to the World Economic Forum’s stakeholder capitalism metrics proposal, a core set of recommended disclosures.

In a statement, the companies, that include firms from Accenture and Credit Suisse to Heineken and Suntory Holdings, recognised that standardised and mandatory non-financial reporting is critical to creating a form of capitalism that can address climate change, environmental degradation and social inequality.

As Brian Moynihan, chairman and chief executive of Bank of America, said at the time: “Common metrics will help all stakeholders measure the progress we are making and ensure that the resources capitalism can marshal – from companies, from investors and others – are directed to where they can make the most difference.”

The pain and cost for companies in ESG reporting is likely to remain for some time, but with continued pressure from shareholders and increased harmonisation of international standards, there is light at the end of the tunnel.