In Association with RAO Global 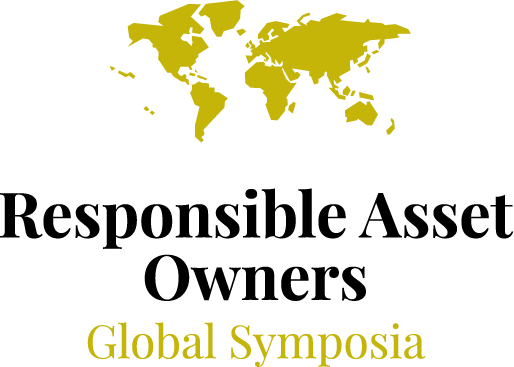 The US’ relationship with anything ESG is anything but smooth sailing. In fact, it came as a surprise to many seasoned observers that any political step forward has been made at all given the significant political resistance from oil states such as Texas and Florida where economies are founded on revenue spurting from the ground.

Getting the Inflation Reduction Act over the line is a big feather in US President Joe Biden’s cap. Given his shrinking personal popularity and the seemingly endless partisanship between Democrats and Republicans, passing the country’s most ambitious climate bill ever truly shows where there’s a will there is a way.

The law, which includes $369bn in tax and investment incentives for clean energy, was heralded as a major breakthrough for the nation responsible for the most carbon emissions historically.

The news is likely to be welcomed by major asset owners like CalPERS & CalSTRS, who have for a while used shareholder activism to drive ESG-friendly boardrooms across the carbon-heavy industries. Such investors, including CalSTRS portfolio manager Aeisha Mastagni will be sharing such insights at the upcoming RAOGlobal conference in New York on 28 September alongside 30 other global leaders focusing on the challenges and opportunities of responsible investment strategies across the Americas region.

Given the US’s international clout, this progress is also hugely significant for global negotiations, with experts suggesting it could help focus the minds of policymakers elsewhere, who, certainly in Europe, are focused on more immediate, but related, matters of energy security.

As Capital Monitor puts it: “For the first time since the UN climate process began 30 years ago, America has a credible plan for reducing its emissions.”

But credibility only gets you so far. Tracking alongside the Federal Government’s commitment to reducing reliance on hydrocarbons is the growing number of influential US states who baulk at being told to pivot their economies anywhere else.

Perhaps not everyone will share the Republican’s view. In a spoiler alert for RAO conference-goers –  astronaut Ron Garan will be speaking to RAO CEO Adrienne Lawler about why his uniquely global view makes clear: “We must take care of the planet for human survival” and will share his views of planet Earth from space.

Caught in the crosshairs of this most public of philosophical debates is one of the US’ most iconic financial brands – BlackRock. The world’s largest asset manager by AUM was the only US company to be shortlisted by the Texan comptroller (ten in total), Glenn Hegar, as being an investor that ‘boycott[s]’ fossil fuels. As such it is at risk of divestment by state pension funds. Maybe CEO and founder Larry Fink’s recent ‘on the fence’ statement that ESG will be considered but is not a primary driver in investment strategies has caught up with him.

Notwithstanding the questionable methodology applied to come up with the shortlist, the irony is that BlackRock has exposure to something like $290bn in assets in Texas and is the single largest investor in the state’s vital oil and gas industry. Any sudden divestment could cause quite a stir in the markets.

Divestment is why it almost certainly won’t come to pass…. But the mere threat may have had the desired effect. BlackRock is now in intense negotiations with the comptroller’s office to sort out the delicate situation. Both sides have leverage, so a compromise, in whatever form, is the most likely outcome.

And on the topic of leverage, it is fascinating to see how smaller actors are able to throw their weight around to great effect. Once the purview of those with the financial muscle, recent successful attempts to move the corporate needle have come from small investors such as Engine No.1 who last year successfully shook up Exxon’s board composition. As many will know, US asset owner CalSTRS supported the action.

This has not gone unnoticed by those who view such “green” activism with disdain Anti-“woke” investment firm, Strive Asset Management – founded by Vivek Ramaswamy – appears to be hitting the right notes with investors. Its most recent US Energy ETF (DRLL) has amassed more than $315m of investment in little over a month with an elegant sales pitch.

DRLL would, as the FT recently reported, “call on energy companies to evaluate all current and future internal investments exclusively based on financially measurable returns on investment, without regard to any other social, political, cultural or environmental goals”.

Simple partisan soundbites may have more effective cut-through in the short term, but life isn’t as simple. The divestment vs engagement debate is a perfect example. BlackRock and other fund owners argue a blanket policy of not investing in certain kinds of companies is not a sound investment strategy, a view contrary to that of many veteran investors focused on sustainability.

The founder of Tobacco Free Portfolios, Dr Bronwyn King, who has spoken at several Responsible Asset Owners (RAO) conferences about how “there is nothing, literally nothing, you can do to tobacco which is going to stop it from harming smokers, the environment and workers who harvest it” whilst other major fund owners have said they don’t believe the divestment is the best way to achieve change or deliver the returns they need for their stakeholders.

Those fund owners have gone on to say their alternative position is “to work with companies to improve their ‘product’ and not throw the baby out with the bathwater, disadvantaging all”.

So where is the relationship between investors, politicians and ESG now? Somewhere between in therapy and having a temporary separation.

Legislators may need to step in to force the two sides to work things out and attendees of the RAO Global – the Americas 2022 event will hear more about that from Professor Paul Watchman, special legal adviser at UNEP who will warn about legislation coming down the track. Watch this space.

Discounted tickets to attend the RAO Global – the Americas 2022  in person in New York or virtually, are available to Capitol Monitor readers at a significant discount of 70% off. Just use the code CM70 at the checkout.

Adrienne Lawler is the CEO of RAO Global Events. She is known for her work with the BBC, SKY and ITV, anchoring news programmes as well as lighter consumer-based programmes. Also a successful business woman, Adrienne presents on a variety of subjects with knowledge and experience.
Websites in our network