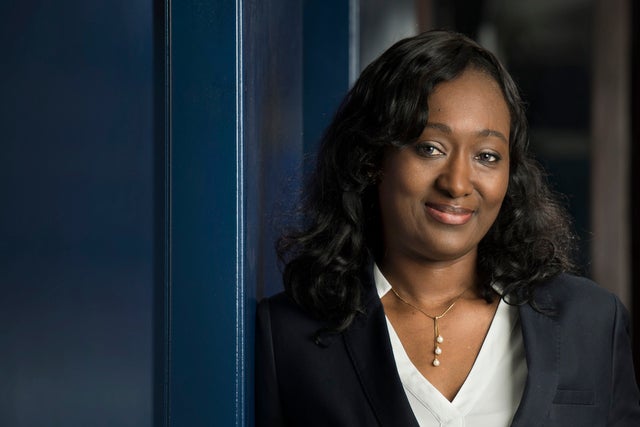 Green finance has been slow to take off in Africa. In a report at the end of March this year, the Washington-based non-profit Brookings Institution calculated that Africa has historically made up a mere 0.4% of the international market.

It is not just an issue of volume. Of the $3.96bn green debt that had been issued in Africa up to mid-August, just $84.1m was made up of debt issued by non-financial companies in sub-Saharan Africa.

“[Green financing] would seem like an excellent fit for Africa because everything to do with so much of Africa’s economy depends on it,” says Tedd George, founder and chief narrative officer at Kleos Advisory, a London-based advisory firm focused on sub-Saharan Africa. He lists a number of factors that should make the region open to the structure, such as the commodity chain and its exposure to ESG on the environmental side.

“But the fact that there haven’t been more green bonds so far is a reflection of why there hasn’t been more of all other kinds of financing that should exist in Africa,” he adds. He cites misperceptions within international financial institutions about regional risk as well as a general ignorance about the markets.

The first green bond from a non-financial corporate in the region came in May 2019 with a 15-year local currency deal for Nigerian electricity supplier North South Power Company, to finance the group’s development of solar energy. It was followed in October that year by a five-year local currency deal from Kenyan real estate company Acorn Holdings to develop environmentally friendly student accommodation.

The next issue was not until late July this year when North South Power Company printed a second green bond, this time with a ten-year tenor, again to finance the group’s development of solar energy.

Cheick Sanankoua, co-founder and managing partner of HC Capital Properties, which developed, financed and manages Cosmos Yopougon in partnership with the project’s lead global investor SFO Capital Partners, says that “sustainable investment and finance was the whole approach around how we decided to do this”.

It took a long time to get the deal across the line. He describes it as “15 months of hard work” to get the Edge green building certificate – an initiative to encourage developers to design sustainable buildings – from the World Bank’s International Finance Corporation (IFC) in June last year, as well as validation from the Climate Bond Initiative and technical help from UK-financed development agency FSD Africa.

In one sense, bringing the bond to market was easier than might have been expected thanks to a “conjunction of factors”, says Kadi Fadika-Coulibaly, managing partner of placement agent Hudson & Cie.

She says that Emergence Plaza was already a resilient company with all of the green bond certification that was needed and had already been rated A- by domestic ratings agency Bloomfield Investment. On top of that, the climate into which the bond priced was “good” thanks to an economic stimulus from the government.

“The banks, the insurance companies and the pension funds are more liquid [as a result]. They welcomed an investment that is innovative, but also good for sustainable growth,” says Fadika-Coulibaly.

The roadshow took two or three weeks and was all done virtually. Questions from investors focused on the green structure. Green bond guidelines had only been drawn up by the regulator (the Central Bank of West African States – BCEAO) along International Capital Market Association (ICMA) lines at the end of last year. This bond is the first to have been issued since guidance had been drawn up.

The deal was structured as a private placement both because the issuer wanted a lower cost of funding – private placements generally have a lower coupon than public deals – and because of the size of the bond, says Fadika-Coulibaly.

Price discovery on the bond was, says Sanankoua, “more of an art than a science”. It is certainly difficult to look at comparisons from other green bonds as there are so few (see chart below). But it clearly grabbed investors’ attention as the deal was oversubscribed by around a third.

The financial advantage to the company of the bond is not to be sniffed at. The Emergence Plaza bond priced 150 basis points lower than the 9% interest rate it was paying on an existing CFA Fr8.4bn bank loan.

Sanankoua is sanguine about the cost savings. He says that loan had been taken out before the mall’s construction and that “there was a lot of construction risk” within the initial loan that is just not there any more.

The shopping centre has impeccable green credentials. As well as the Edge green building certificate, the 17,441m² building has a reduced window-to-wall ratio, reflective paint and insulation for the roof and external walls, variable-speed drives within its air-handling units, higher-efficiency refrigerated cases, and energy-saving lighting. Water-efficient plumbing fixtures also reduce the shopping centre’s water use.

The key performance indicator (KPI) for the bond focuses on how much waste has been recycled at the shopping centre on a daily basis. Sanankoua has a target of 20% by the end of this year, and 25% by the end of 2022. This is up from around 14% when the mall opened in 2018.

“We are the only shopping centre that I know of in the region that knows how much of their waste [is] recycled,” he says. It took 18 months to get the metrics in place, he adds, and all the waste produced by the centre and its tenants – excluding Carrefour Market, which handles its waste separately – are included in the KPIs.

“You can’t get to a 25% target for recycling waste overnight. You have to do it gradually,” Sanankoua continues. The process involves being aware of not just who is taking the waste, but what are they doing with it. “If somebody picks up the waste and then throws it in the river, then it doesn’t make sense,” he says.

As a private placement, a sustainability report has not yet been disclosed, but Sanankoua says that the annual publication of a report on the website is one of the requirements of financing. Internal reports, he says, have already been shared with investors and the board.

That private structure also means that some of the steps expected in a public deal are also missing. For example, there will not be any direct third-party assessment, although the IFC oversees the sustainability of the Edge certification. And no step-up has been included in the bond structure should Emergence Plaza not meet its KPIs. "We haven’t structured it that way,” says Fadika-Coulibaly.

In the end, 80 investors such as Africa Re in Lagos, Ecobank Asset Management in Côte d’Ivoire and French insurer Axa's Cameroon business participated in the transaction, with the majority of them insurance companies based in the region.

The success of the Emergence Plaza bond was also down to the backdrop into which it emerged.

Côte d’Ivoire has been recently upgraded by all three international ratings agencies. In August last year, Moody’s confirmed the sovereign at Ba3, and S&P rated it at BB- at the start of July, followed by Fitch Ratings at the end of the month. The only other sub-Saharan economy to have higher ratings is Botswana.

“We upgraded [Côte d’Ivoire] because we believe that growth will remain so strong in the medium term,” explains Fitch Ratings analyst Cedric Berry. Plus the political risk has “diminished significantly”.

Peaceful parliamentary elections in March this year saw President Alassane Ouattara and his Rassemblement des Républicains party hold on to its majority in parliament.

The economy also remains in better shape than many of its peers.

“A quick V-shaped-type recovery from the pandemic,” is how Stuart Culverhouse, head of sovereign and fixed income research at Tellimer Research in London, characterises the economy. Before the pandemic, growth had been running at around 6%, and even during the coronavirus slowdown it only fell to 2%, he says, adding that the economy has avoided recession.

This gives a good outlook for future green issuance.

Certainly, HC Capital Properties plans to issue more green bonds to finance the development of retail complexes in Francophone West and Central Africa. “We have ambitions to do more in the future to refinance other projects,” says Sanankoua.

And Fadika-Coulibaly describes an enviably wide pipeline that has emerged since the Emergence Plaza issue. “I have received requests from other corporate issuers. We also have the city looking to issue bonds to build sustainable housing in the suburbs of Abidjan,” she says.

The sovereign too is rumoured to be looking at green issuance that would give the market an additional boost. Egypt and Nigeria have previously issued green debt and, most recently, in mid-July, Benin sold a €500m ($584m) 14-year Sustainable Development Goals bond.

“Africa is bound to be among the last [fully to adopt green financing] because it’s always been on the outside of so much of international finance. It just doesn’t get a fair share of it,” says Kleos Advisory’s George.

“But this is a real opportunity because there’s such a need for ESG projects in Africa and this is a great opportunity for them actually to start tapping into international markets,” he adds.