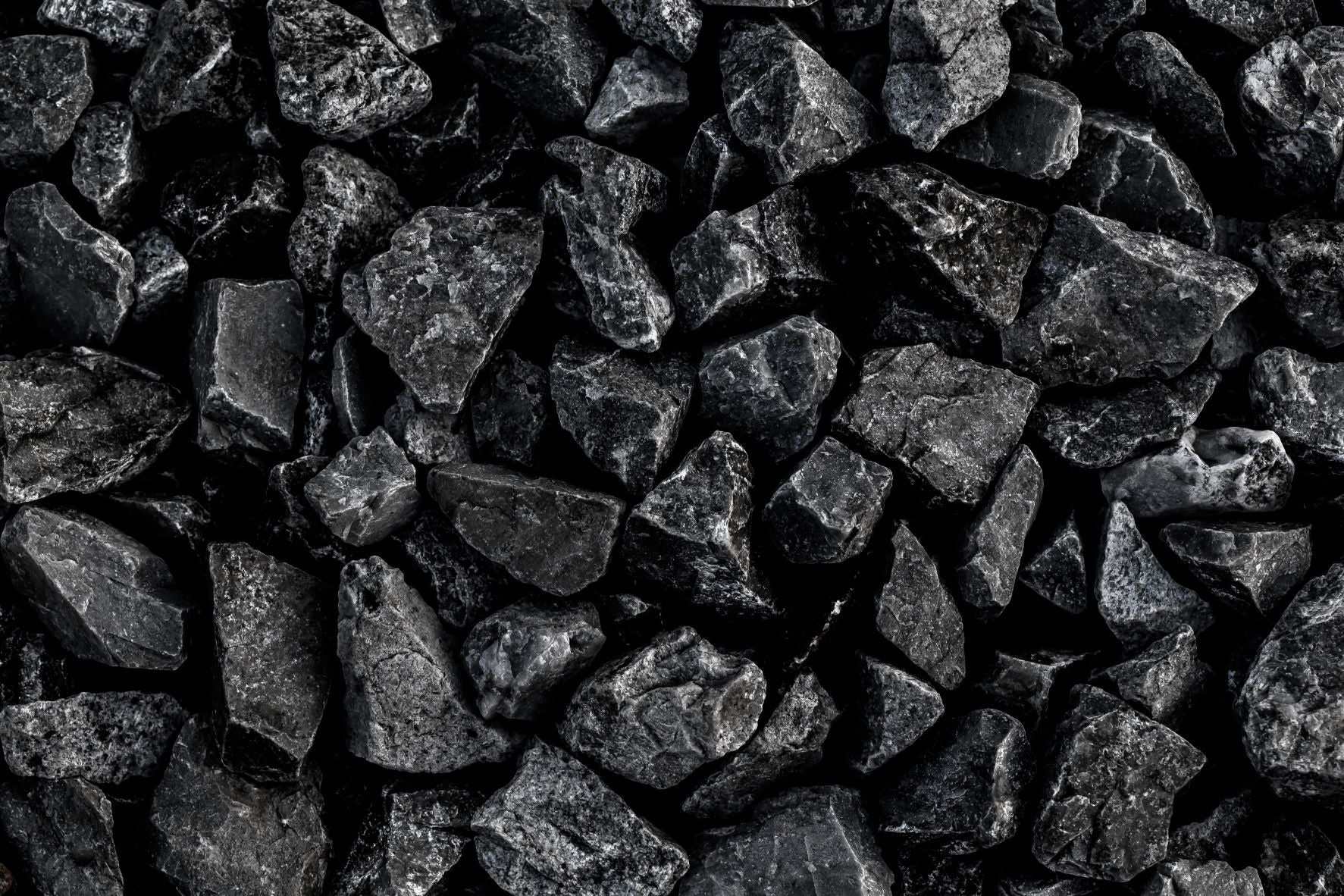 Many asset managers are blaming their passive investments as a reason for their exposure to coal. (Photo by Patty Chan via Shutterstock)

Since its launch last December, the Net Zero Asset Managers Initiative has gained 128 signatories that manage a combined $43trn in assets, signalling the industry’s heightened awareness of the urgent need to slash emissions and avoid a climate catastrophe.

Pledging to reach net-zero emissions by 2050 is just the first stage in what is a mammoth process of decarbonising the multi-trillion-dollar portfolios that are heavily exposed to fossil fuels.

With the emphasis on the ‘zero’ and not the ‘net’ – signatories of the initiative agree to only use offsets when there are “no technologically and/or financially viable” alternatives to eliminate emissions – investors are left with a handful of options for how to approach this task.

This includes, as stated by the pledge, implementing a stewardship and engagement strategy with a clear escalation and voting policy, setting targets for assets managed in line with net-zero pathways, and policy advocacy. It does not, however, necessarily mean divesting from any given assets.

Therefore, the sticky question remains of what asset managers ought to do about investments that are clearly incompatible with a net-zero pathway, such as the one recently outlined by International Energy Agency (IEA), which clearly states that there is no room for new oil, gas or coal development in its net-zero scenario.

Despite coal being the most polluting of all fossil fuels, almost half of the world’s 29 largest asset managers by assets under management (AUM) do not have a single coal policy in place, according to NGO Reclaim Finance.

Reclaim Finance scores asset managers on their policies using a ‘coal policy tool’ – this includes several signatories to the Net Zero Asset Managers Initiative such as Vanguard, the world’s second-largest investor in coal.

The tool covers insurers, banks, asset owners and asset managers on the quality of their coal policies and gives asset managers a score out of 40. The highest-scoring asset manager according to Capital Monitor’s analysis of the tool is Crédit Mutuel AM, which received 39 points for its strict exclusions on fossil fuel projects, meaning it will ensure an overall coal phase-out by 2030.  By contrast, only one of the 11 of the largest asset managers by AUM Capital Monitor analysed scored a single point, with the other ten scoring zero (see chart below).

The Institute for Energy Economics and Financial Analysis (IEEFA) praises BlackRock for having at least some form of coal policy in place, but as Capital Monitor analysis shows, it only applies to its actively managed funds, and not exchange-traded funds (ETFs).

By splitting BlackRock’s coal exposure during 2020 and 2021 into ETFs versus mutual funds, the impact of this becomes clear: while relative coal exposure for ETFs increased during this period, it decreased for its active funds.

If anything, investors’ exposure to coal between the two periods of mid-2019 to mid-2020 and mid-2020 to mid-2021 has increased over the past year (see chart below), according to Capital Monitor analysis of more than 1,400 funds from the 11 asset managers finds. This is based on data from Morningstar on funds broken down by exposure to various fossil fuels by a tool called Fossil Free Funds, powered by non-for-profit As You Sow.

Of the managers analysed, exposure to fossil fuels as a proportion of their entire portfolios ranges from 1.45% to 10.14%, with between 0.19% and 1.17% of that specifically in coal. The market value of these investments changes frequently, but in the case of Vanguard and BlackRock, for example, recent estimates put their cumulative exposure to thermal coal at around $180bn, which is nearly 20% of the total institutional investment in the whole industry.

For each asset manager, the same funds, give or take a few inclusions or exclusions, were analysed. However, as the net value of all assets has increased over the past year, the research focuses on fossil fuel and coal exposure as a percentage of total assets, to account for changing values.

A crucial caveat to this is that the coal screener applied by Fossil Free Funds changes slightly between the 2019/2020 and 2020/2021 periods, as thresholds tighten for companies with a coal-fired capacity that merits their placement on non-for-profit Urgewald’s Global Coal Exit List. This means there is a chance the asset managers in question have exposure to some of these new companies, which could cause figures to rise.

More specifically, the coal screeners for both time periods are the same, in that they include companies defined by Morningstar as within the thermal coal or coking coal industries; the top 100 coal reserve holders from the Carbon Underground 200, which is based on S&P Global Market Intelligence data and covers 98% of proven and probable coal reserves from listed companies; and Urgewald’s Global Coal Exit List, a database of companies participating in the thermal coal value chain.

The exit list is ‘forward thinking’, in that it identifies companies that are still developing new coal assets, and is therefore updated every year. The same is true of its thresholds, which in 2020 were tightened to reflect Intergovernmental Panel on Climate Change (IPCC) recommendations on necessary coal-fired production reduction targets of 78% by 2030, bringing the total number of companies from 746 in 2019/2020 up to 935 this past year.

So while investors are not necessarily allocating a larger proportion of their total net assets towards coal, what the data does reveal is that their portfolios are drifting away from a net-zero pathway.

Given its interests in the sector, the lack of a coal policy in Vanguard’s commitments to net zero was highlighted by the IEEFA in June, when it claimed the asset manager has "yet to understand the financial case outlined by the [IEA's] roadmap to Net Zero by 2050, despite joining the Net Zero Asset Managers Initiative".

The IEEFA recommended that Vanguard immediately commit to a coal exit policy, which phases out thermal coal mining and coal power from all debt and equity portfolios. The institute also dismissed a popular argument that investors have little control over their passive investments, something the non-profit organisation The Sunrise Project flagged in a 2020 report.

While Vanguard hasn’t adopted this position specifically in relation to fossil fuels, its stewardship report, published in March 2021, includes the following statement: "Investment stewardship, however, is not used [as] an active input to inform trade-related decisions for our equity index funds. Companies are included in or excluded from their underlying index as determined by the sponsor of the index, which is independent of Vanguard."

Yet IEEFA says that "removing the ~6% fossil fuel exposure in Vanguard’s funds would not be difficult and could be done almost immediately". It continues: "The decision to retain fossil fuels is Vanguard’s alone [as the company] reserves the right to make changes to its benchmarks with only board approval." The IEEFA adds that "many funds also employ a sampling strategy that frees [them] from owning every stock in an index".

A spokeswoman for Vanguard responded: “[We] have published clear expectations of boards to effectively oversee material climate-related risks, and to disclose the company's climate strategy, progress in risk mitigation targets, and their results using widely recognised investor-oriented reporting frameworks."

In an op-ed penned earlier this week, titled How Passive Investing is Blocking Climate Crisis Progress, Reclaim Finance founder Lucie Pinson argues that “there are no legal requirements for index funds to exactly match the underlying index’s composition; it is a business choice to launch such funds”.

As the "business choice" to launch such funds appears increasingly incompatible with the business case for net zero, investors will soon have to decide about which business approach they most favour. From an environmental perspective, the latter is very clearly preferable.