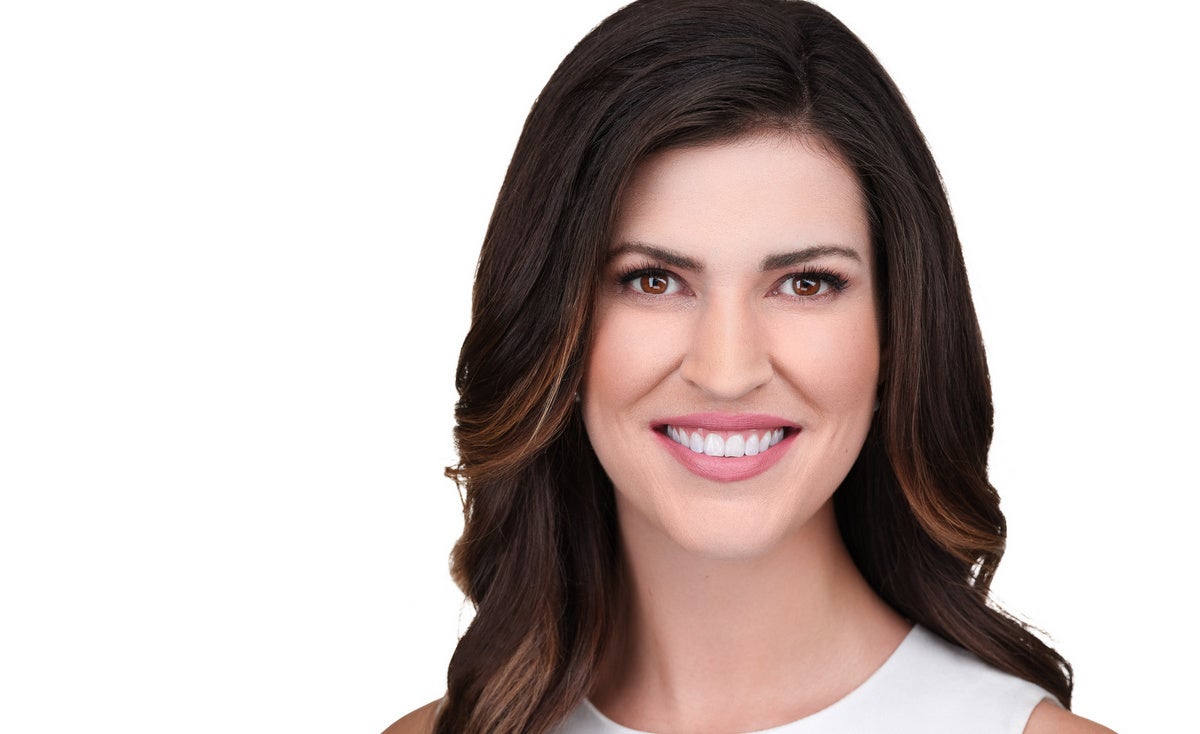 Sunnova Energy’s head of sustainability, Kelsey Hultberg, says the solar provider is preparing to report on its Scope 3 emissions from next year. (Photo courtesy of Sunnova)

The US’s nascent solar power industry has struggled to obtain financing in recent years, but there are signs the capital markets are growing more receptive, amid improving public sentiment and growing government support for renewable energy. A positive development was the issue last month of the first green bond by Houston-based residential solar and energy storage services provider Sunnova Energy.

The deal came on the back of a rising trend. US solar generating capacity grew by 43% with the installation of another 19.2 gigawatts (GW) in 2020, according to a report published in March by Edinburgh-based energy consultancy Wood Mackenzie (see graph below). The company forecasts that the sector is likely to add 324GW of capacity over the next decade to reach a total of 419GW.

“The forecast shows that by 2030, the equivalent of one in eight American homes will have solar [in their energy mix],” says Abigail Ross Hopper, president and chief executive of the Washington, DC-based Solar Energy Industries Association.

Despite the clear benefits of solar technology, however, the industry has faced difficulties in raising funding. Renewable energy giant SunEdison’s filing for bankruptcy in April 2016 after its debt became unmanageable has cast a cloud over the sector in the US.

“[The SunEdison bankruptcy] has certainly made it much harder for companies to go to the capital markets,” says David Feldman, senior financial analyst at the National Renewable Energy Laboratory, part of the US Department of Energy.

While some companies, such as solar equipment makers Array Technologies and Soltec, floated successfully on the stock market last October, others have seen a more muted response from investors. In April this year, FTC Solar, a manufacturer of solar tracking systems, had to price its initial public offering (IPO) considerably below its initial marketing range.

It should be borne in mind, though, that solar is still a fledgling industry. “Half of the solar that’s been installed in the US has been sold in the past three to five years,” says Feldman.

Against this backdrop, Sunnova’s 10 August sale of a heavily oversubscribed $400m five-year green bond with a coupon of 5.875% points to brighter prospects ahead.

Founded in 2012 and originally backed by private equity firms Franklin Square Capital Partners and Energy Capital Partners, Sunnova listed in New York in 2019. The company had initially faced the same market headwinds as other solar operators. It had scaled back what it expected to raise in the equity markets from $276.8m in July 2019 to $168m and its shares still fell 6.3% on their first day of trading.

But there are signs that the industry is gaining momentum. 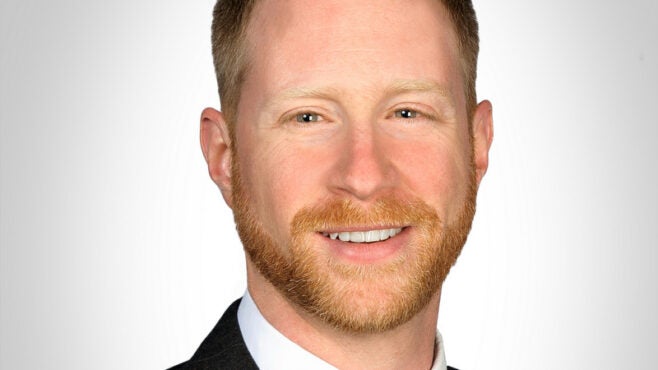 Rob Lane, CFO of Sunnova, was able to upsize the firm's green bond from $350m to $400m on strong investor demand. (Photo courtesy of Sunnova)

Indeed, the thinking behind the new debt issuance, says chief financial officer Robert Lane, is part and parcel of what he calls the “maturing industry”. The company had previously funded itself with four securitisations between 2017 and last year, with such assets held off balance sheet. He decided to visit the bond market this time around.

“We wanted to build up cash on the balance sheet to be able to support the operations and the maintenance,” Lane says. The deal not only gave the company’s equity “a chance to breathe”, he adds, but also allowed the firm to prove to the markets that solar is “viable if you do it right”.

Sunnova decided to use the 144A bond format – an international standard that does not require registration with the US Securities and Exchange Commission – to get “something that would in fact trade with qualified institutional buyers”.

There was four times as much investor demand as paper available, enabling Lane to increase the deal size from $350m. Many of the names came from Europe and a significant number from Israel, he adds. They ranged from small hedge funds to larger asset managers, pension funds and insurers.

When it came to pricing, there were no similar bonds to use for comparison, so it required “fundamental analysis”, Lane says. In the secondary market two weeks later, the bond had traded up only very slightly to 101%, suggesting the price level was set fairly.

Demand for the issue was boosted not only by Sunnova’s green framework but also by Cicero designating the bond as dark green. This is the highest rating from the second-party opinion provider and is only handed to projects “that correspond to the long-term vision of a low-carbon and climate-resilient future”.

The company has committed to reporting from December on how proceeds from the bond have been used, and they will be audited by PwC.

Despite the deal’s success, Sunnova cannot rest on its laurels, says Kelsey Hultberg, chief of staff and head of sustainability. And that includes working on reducing the carbon footprint of its own operations.

Sunnova only released its inaugural ESG report in April this year, and, as Cicero points out, the company currently has no short and medium-term targets for emission reduction and does not yet measure or report Scope 3 emissions ­– those it does not produce from its own business.

That is a work in progress, says Hultberg. “We’re early on in our journey and we fully admit that." The company is “in the process of going through our Scope 3 emissions accounting” to ensure the data is ready to be reported in April next year.

In respect of reporting its Scope 3 emissions, there are around 15 different categories involving transport and distribution, processing of sold products and end-of-life treatment, Hultberg says. “My personal goal is for us to measure at least three [of those categories], but I want to push our team to measure five.”

Some companies that have embraced reporting these emissions have found the process easier if they have long-standing supplier relationships. For younger companies like Sunnova, it is a case of starting those conversations “as early as we can”, says Hultberg.

To flip the switch on climate change, we need a grid that’s chock-full of renewable energy that’s also cheap and accessible. Jennifer Granholm, US Energy Secretary

“It’s a process. You get in early with a couple [of suppliers]. You really get under the hood and try and get an accurate depiction of what’s going on,” she adds. “We want to dig in and make sure that we’re showcasing a complete picture of what that Scope 3 is.”

Sunnova had initially focused on Scope 1 and 2 emissions – those from the company’s own operations and power generation – in its first ESG report because they are “easier to get your arms around”, Hultberg says.

The company generated 855,000 metric tonnes of carbon dioxide last year – 845,000 were Scope 1 and 10,000 Scope 2. It will tackle them via a green building policy incorporating LEED design, Energy Star certification and stormwater mitigation elements.

With markets taking solar more seriously, it’s likely that impetus is being provided by encouraging noises from the government. In a brief published in mid-August, the US Department of Energy argued that solar energy could supply more than 40% of the country's electricity by 2035.

“To flip the switch on climate change, we need a grid that’s chock-full of renewable energy that’s also cheap and accessible,” said Secretary of Energy Jennifer Granholm at the time.

Some states are early adopters. In late August the California Independent System Operator said it intended to increase its solar and wind power capacity this year to help meet the state’s target of 50% renewable generation by 2025, up from 44% now.

But misinformation is not helping the cause. Earlier this year, frozen wind farms and solar panels were falsely blamed for energy blackouts in Texas in February. And high-profile commentators on conservative TV channel Fox News have claimed that green energy means a less reliable power grid.

Nonetheless there are signs that even some of the most stubborn opponents of renewables have begun to shift their stance.

“Oil and gas folks that I know who wear their bright red Maga [Make America Great Again] hats and want to tell me that [Covid] vaccines are a hoax would also like to know if we can help put some solar onto their oil rigs,” Lane says. “They see the value proposition and the cash proposition.”

If even such individuals can be persuaded, there is surely a bright future for solar power.