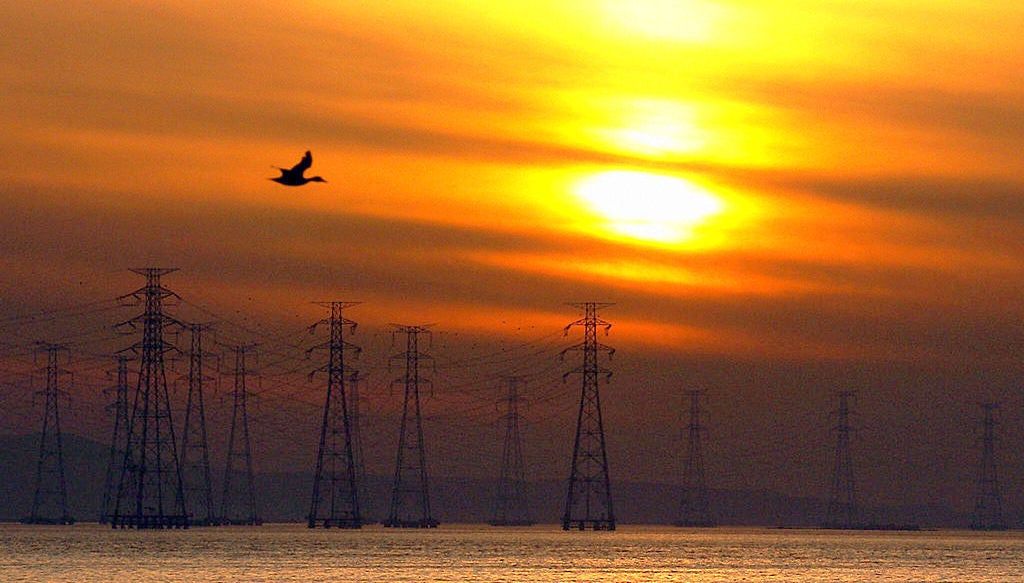 Seoul power: Is the sun setting on coal-fired generation in South Korea? (Photo by Kim Jae-Hwan/AFP via Getty Images)

Warnings are now coming almost daily about the fast-deteriorating environment from both individuals and nature itself ahead of November’s Cop26 UN climate summit in Glasgow. Among the latest – and starkest – was this week’s bleak assessment from the UN’s Intergovernmental Panel on Climate Change (IPCC).

Yet the world’s economies are making painfully slow progress in weaning themselves off fossil fuels, most notably coal. The US, for instance, will increase the share of power it generates from the commodity by three percentage points this year to 23%, estimated the Washington, DC-based Energy Information Administration on 10 August.

But Asia is the biggest elephant in the mine. The International Energy Agency (IEA) forecasts global coal demand will rise 4.5% this year, with Asia accounting for 80% of that growth. The world’s two most populous countries – China and India – generate 60% and 75%, respectively, of their electricity from coal. 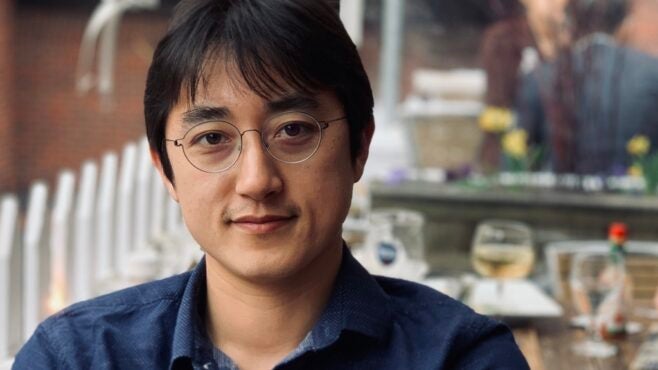 There is “general reluctance” in Asia to adopt clean energy and “high perceived risks around new and emerging technologies”, even when they have been proven, versus the “perceived reliability and affordability of coal”, said William Hudson, head of south-east Asia at UK non-government organisation The Carbon Trust. He was speaking during a webinar hosted by the British Chamber of Commerce in Singapore in late June.

That is why many institutional investors targeting assets related to the world’s transition to cleaner energy are focused on the region.

The gulf between ecological commitments and actual progress is particularly wide in South Korea. It is ranked lowest among all OECD countries for the share of energy it generates from renewables – just 6%, according to Carbon Tracker – but sources 43% of its power from coal (353TW, a figure that has remained stable for the past five years) (see graph below).

In October, President Moon Jae-in committed to carbon neutrality by 2050 and to a W8trn ($7bn) green investment plan. This followed the country’s most recent energy plan, announced in December 2018, which requires around one-third of coal capacity to be retired by 2030.

Moreover, the economy is heavily exposed to the coal price as it imports 90% of what it uses. The sharp jump in prices this year has fuelled even louder calls to increase renewable energy capacity.

And even though many capital allocators seem to be getting the message that coal is unlikely to be a good long-term investment, it seems the government is not.

In late June local company Samcheok Blue Power did not receive a single bid for a three-year bond to help with the construction of its 2,100MW coal power project in Gangwon Province. That was despite an attractive-looking coupon of 3.188%.

But the W100bn ($86m) of paper was all retained by domestic company NH Investment & Securities, the arranger on the deal. The plant is still expected to be operational by April 2024. Seoul said it was the last coal-fired power project that the country would build.

NH Investment & Securities did not respond to emailed requests for comment from Capital Monitor, but in a statement reported in the Korean press, the company said: “The purchase of corporate bonds was agreed in 2018. Other than this, we will abide by ESG goals.”

A cynic might note that the sustainability reports that NH published in 2018 and 2020 reports make no mention of coal.

Samcheok Blue Power’s bond might have flopped, but others have fared better. At the start of August, Korea Midland Power (Komipo) sold a $300m 1.25% five-year bond, which attracted a massive $2.7bn of orders. The terms specifically excluded the construction of new coal-fired units – but make no mention of the fact that all of the units are already built and, of course, that the capital raised will go to standard coal operating requirements.

Komipo’s issue was rated Aa2 by Moody’s, as its parent – the country’s largest utility, Kepco – is majority-owned by the government. Kepco owns and operates almost 90% of the coal-fired plants in Korea.

In a similarly intellectually dishonest manner, one of the banks on the deal, HSBC, argued that proceeds were used to refinance a bond rather than any new mining projects. The other bookrunners were Citi and UBS, which both declined to comment.

There is scepticism in the market about how many offshore wind farm projects will be executed successfully. Ryan Shin, Korea Development Bank

In any case, while Samcheok Blue Power has found financing tough, the other two coal projects [see chart] are private financing initiative (PFI) projects, which means funding was “grandfathered into the system”, Youn says.

The Goseong 2,080MW coal-fired power station in South Gyeongsang province is close to completion, while the Gangneung 2,080MW plant in Gangwon province is halfway there. Financing for the former was agreed by Kookmin Bank and Shinhan Bank in 2017, and for the latter with 34 financial institutions in 2018.

“These two projects did not have any bond issues because 100% of the construction cost was procured through project financing at the beginning,” Youn adds.

The problem in South Korea is both the structure of the power generation market and the toothlessness of the commitments that have been made about coal investments.

Kepco is both poacher and gamekeeper in the market in that it “buys the power and then sells it”, says Durand D’souza, a data scientist in the power and utilities team at London-based think tank Carbon Tracker. As a result, the utility has little interest in renewables.

Moreover, Seoul has achieved less than 1% of its 2030 wind energy targets, said Ryan Shin, deputy general manager in the project finance department at Korea Development Bank. He was speaking at the PFI Taiwan & South Korea Offshore Wind roundtable at the end of May. The government has said that it will produce 12GW from wind.

The priority for Kepco, says Youn, has been to keep electricity prices “low and stable”, so it has concentrated on coal, which is perceived as both.

Another barrier to the global phase-out of coal is that there are still willing investors. Even though one-third of the world’s total assets under management come under a net-zero pledge, less than one-quarter of coal assets are covered by an investor exclusion policy, as Capital Monitor reported earlier this week. 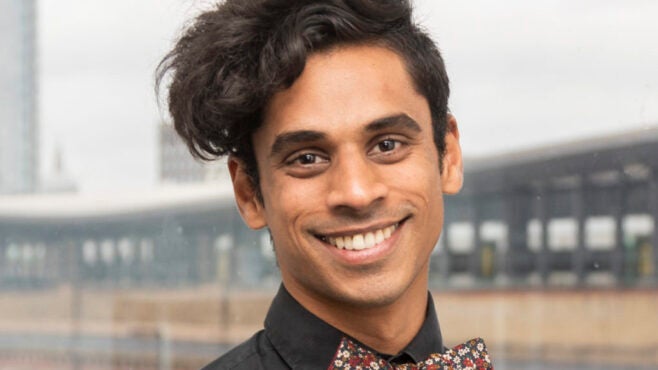 Admittedly, there is gradual progress on this front. Pension funds both globally and in South Korea have largely deserted coal-related assets. In May, South Korea’s National Pension Service, a state retirement fund with $766bn in AUM at the end of last year, said it would no longer invest in coal projects and excluded investments associated with climate change.

But while the ten largest asset managers in Korea have said they are stepping back from funding the industry, these commitments are narrow: they are not to invest in new coal projects.

“[Asset managers] tend to say that they are not going to work on new coal power, but that doesn’t include [plants] that are already in the later stages of construction or already have their permits to operate,” says D’souza. That is why Komipo was able to raise funds so easily.

Probably the most likely incentive to encourage a shift away from coal is its potentially negative impact on the domestic economy. As South Korea imports the vast bulk of its coal, it is vulnerable to major changes in the price of the commodity, D’souza says.

And the price has risen sharply this year. The cost of Newcastle thermal coal, the benchmark in the Asia-Pacific region, had increased by 74.6% over the past three months to $169.4 per tonne on 11 August.

This is down to factors such as tight supply in China, a global commodities bull market and lower import volumes in the first quarter of the year from other Asian countries.

The rising price of coal means coal power projects will not be commercially viable after 2030, said an April report from Carbon Tracker in conjunction with South Korea’s Chungnam University. Given how quickly the price has leapt this year, that could be the case even sooner.

“If we don’t decarbonise our energy system quickly enough, Korea will soon lose its competitive edge,” says Youn. That is the kind of threat to which the government and the chaebol business conglomerates may finally respond.