Shot in the arm: Green funding is on the up in Europe’s healthcare sector. (Photo by leopictures via Shutterstock)

Healthcare providers in Europe have been slow to seek out green financing, at least partly because measuring sustainability in their sector is difficult. The first deal in the sector took place in September last year, when Swiss pharmaceutical company Novartis sold a €1.85bn ($2.2bn) sustainability-linked bond.

Yet this could be the start of a wave of such transactions, as the sector increasingly recognises the Covid-related cachet it now commands among investors, suggests Henry Elphick, chairman of London-based healthcare consultancy Mansfield Advisors.

It is early days for ESG financing in healthcare services, says Marketa Horkova, primary credit analyst at rating agency S&P Global and lead author of a 1 July report on the subject.

But there are growing signs of life. Six significant European healthcare ESG deals have hit the public markets since February, raising €9.4bn ($11.1bn). Half of them were done by French companies. 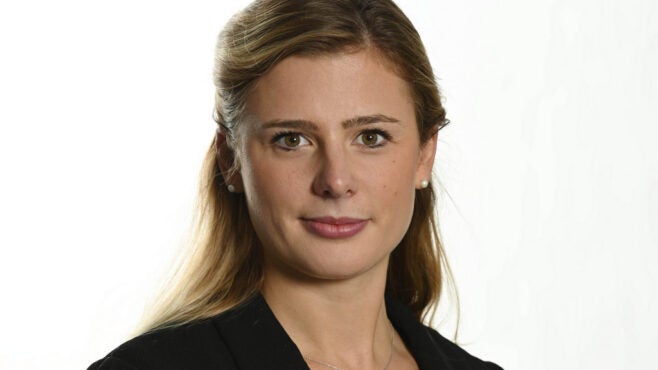 Indeed, it was French investors who created an appetite for the green bond market in Europe as it ramped up in 2017, says Anne-Claire Lejeune, a green and sustainable assets originator at Natixis. Energy players and real estate developers are at the forefront of such issuance given the property sector’s massive carbon footprint, she adds, but as a result of the Covid-19 pandemic “the healthcare players are really committed to this market now”.

Two of the seven deals were bond sales, both in sterling. At the start of June, French senior care operator Korian sold an inaugural £200m ($277.2m) 4.125% perpetual green bond and at the end of the same month London-listed healthcare real estate investment trust Assura issued a £300m 12-year sustainability bond with a coupon of 1.625%.

However, the sustainable loan market has seen the most activity.

In early February, French hospital operator Elsan – owned by private equity firms Ardian and KKR – took a €1.6bn seven-year loan at 3.55% with the margin based on patient satisfaction, medical waste reduction and quality of work life of its employees. Natixis acted as sustainability coordinator of this deal.

Then, in late May, Finnish private healthcare provider Mehiläinen, owned by UK private equity firm CVC Capital Partners, agreed to a four-year 3.67% €1.06bn loan. The interest margin is tied to the quality index of care services for the elderly, access to non-urgent care at Mehiläinen’s public health centres, and the firm’s carbon dioxide emissions.

A lot of the banks are looking for exposure to ESG paper. They have to have ESG-compliant paper on their loan books. Henry Elphick, Mansfield Advisors

Most recently, at the start of July German healthcare group Fresenius and its renal care subsidiary Fresenius Medical Care each sold a €2bn sustainability-linked loan. The five-year deals each come with two one-year extension options and are linked to the company’s sustainability goals. The coupons have not been declared.

The reason for the focus on the syndicated loan market is that it benefits bankers as much as the borrowers, says Elphick. “A lot of the banks are looking for exposure to ESG paper. They have to have ESG-compliant paper on their loan books.”

It is a subsidiary of Australian healthcare major Ramsay and has long been dominant in France. The company also has operations in Italy and a strong presence in Sweden, Denmark and Norway since it acquired Swedish private healthcare operator Capio in November 2018.

In late April, Ramsay Santé signed a €1.45bn dual-tranche sustainability-linked term loan coordinated by BNP Paribas, with Crédit Agricole and Mediobanca involved as arrangers. The €700m five-year loan printed at Euribor plus 225bp, while the €750m six-year priced at Euribor plus 275bp.

The plan was to have a greater maturity [of borrowing], to diversify our funding and to have ESG financing. Pierre de Pesquidoux, Ramsay Santé

As a result, the interest rates were -0.314% and -0.264% when the deal was signed. These rates rise or fall by 10bp depending on whether the key performance indicators (KPIs) are hit. The borrowing package also includes a €100m capex facility and a €100m credit facility.

“The plan was to have a greater maturity [of borrowing], to diversify our funding and to have ESG financing,” Pierre de Pesquidoux, director of treasury and finance at Ramsay Santé in Paris, tells Capital Monitor.

It is a challenge to compare ESG loans against their non-ESG counterparts directly, but the August 2017 loans that this deal refinanced were repriced from Euribor plus 350bp to Euribor plus 312.5bp. This saved the company an average of 62.5bp across the two tranches.

Ramsay Santé followed this deal in June by taking a new ESG €98m ten-year loan. It was arranged by French bank Natixis and advised on by CMS Francis Lefebvre Avocats.

A world-first transaction, the loan is a top-up to an asset-based borrowing structure called a collateral trust. A structure “invented by the Romans”, the collateral trust is a tax-efficient way to manage property, De Pesquidoux says.

The entire €186m in the collateral trust is now subject to the green KPIs set in place by the company, he adds. It holds three of Ramsay Santé’s hospitals in Paris: the Hôpital Privé d’Antony (the company’s French flagship asset), Hôpital Privé des Peupliers and Hôpital Privé Marne Chantereine.

De Pesquidoux declined to comment on the pricing of the loan other than to say that “normally a real estate loan is half the cost of a term loan”.

One reason healthcare companies have been slow to embrace green debt relates to the challenges posed by the United Nations’ Sustainable Development Goal (SDG) 3 – to ensure healthy lives and promote well-being. In short, it is tricky to develop measurable KPIs for this purpose.

“It’s not that healthcare-focused funds aren’t invested in companies that are doing good for the world. They are,” Rumi Mahmood, senior associate at MSCI Research in London and one of the authors of the report, tells Capital Monitor. “It’s to do with the fact that the standards and targets set by the UN to be aligned with the SDG are very specific.” 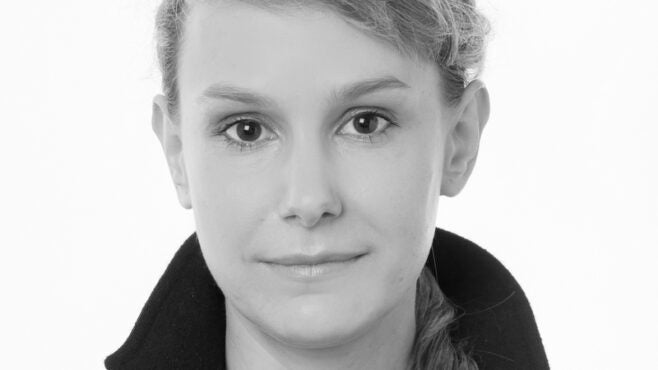 Marketa Horkova of S&P Global says social KPIs are harder to measure than environmental ones. (Photo courtesy of S&P Global)

S&P’s Horkova supports this point. On top of the fact that there are different regulatory regimes even within Europe, she says, social KPIs are harder to monitor. “It’s a more complex issue than on the environmental side where the targets around emissions and waste management are more easily monitored and defined.”

This makes the four KPIs set out in Ramsay Santé’s sustainability framework even more impressive. They are described by Moody’s affiliate and second-party opinion provider Vigeo Eiris as “robust”. Three of them are socially focused and one targets emissions.

“All of the criteria have been used for the loan,” explains De Pesquidoux. “For the collateral trust – as it is linked to buildings – we have only one criterion based on greenhouse gas reduction.”

The first target is to increase patient satisfaction by 0.5 percentage points every year based on a national survey conducted by the Haute Autorité de Santé (HAS), France’s main hospital regulator, and by an internal indicator in Scandinavia, called the Net Promoter Score. Last year these stood at 73.65% and 75.32% for inpatients and outpatients in France, while they were 72.5% in Scandinavia.

The second is to develop ‘proximity care services’ within the community for underserved parts of the population in France and Sweden.

The third is to begin to cover direct and retired employees in France with a preventative health programme, with the aim of covering all current and retired staff by 2027.

If met, this target would lead to a 19% reduction in energy consumption and a 12.7% decline in carbon dioxide emissions by 2027 (see also chart below). Ramsay says it intends to achieve it by revamping buildings, installing solar panels and optimising heating and cooling usage.

The task is a challenging one. The buildings’ emissions are one thing; De Pesquidoux says the Hôpital Privé des Peupliers has had 12 extensions so far. In addition, medical equipment’s power usage is rising.

“The consumption of electricity for printers or PCs has declined, but that is not the case at all for the medical equipment,” he says. The energy consumption of magnetic resonance imaging (MRI) scanners, for example, has more than tripled from 1.5 teslas (T) to 5T over the past decade.

It is therefore not surprising that Ramsay Santé expects to visit the capital markets in the not-too-distant future, with a public bond in the offing.

It is unlikely to be the only healthcare provider to do so. Elphick says “a wall of money” is switching out of generalist investment funds and looking for specifically sustainable assets. “Healthcare ticks a lot of the boxes, and the sector is beginning to cotton on to this now."

Hence more healthcare companies are realising it is worth making the effort to tap the green debt markets. The floodgates – or rather, the hospital doors – may be about to open wide.