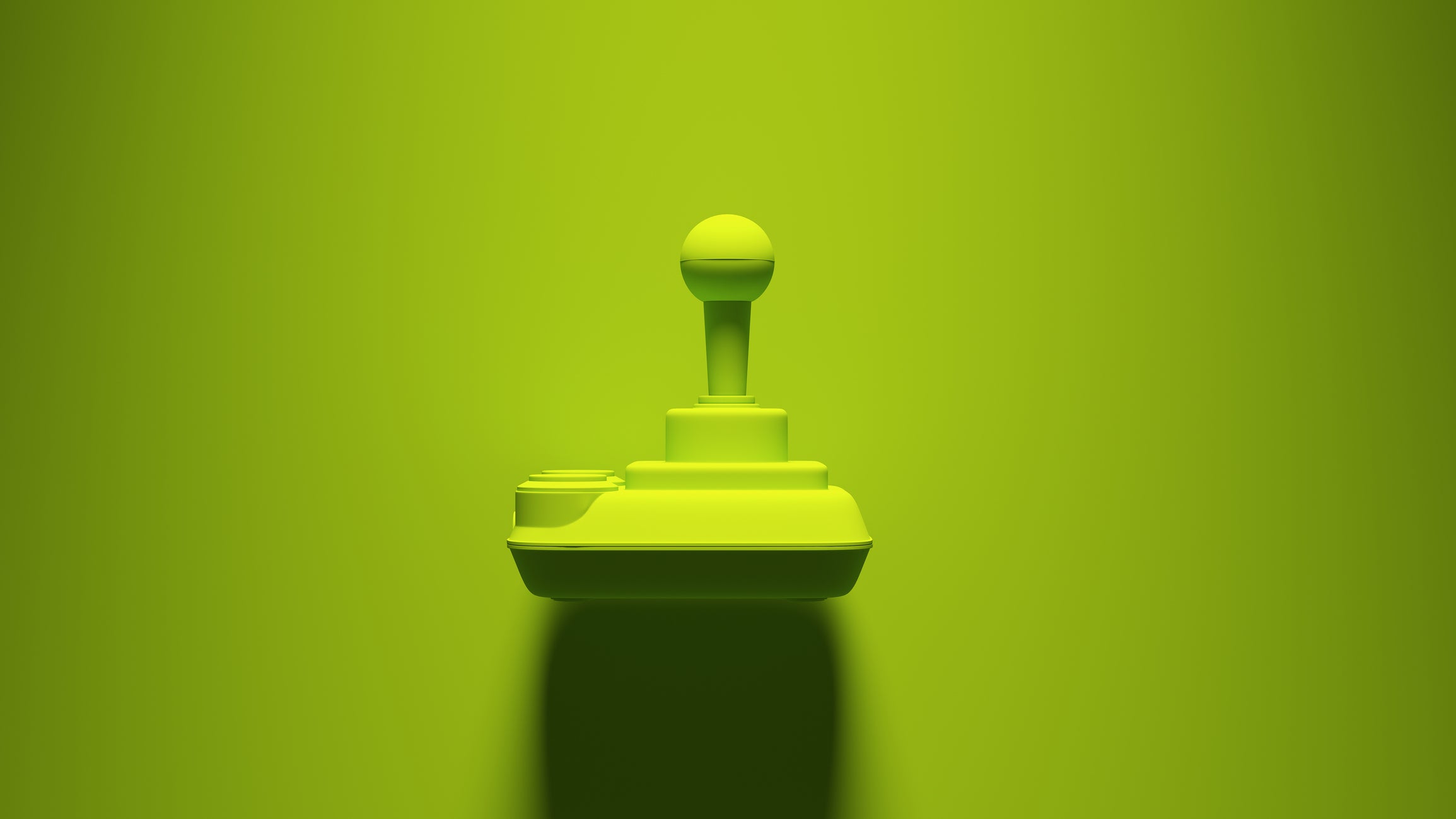 Issued in November, the progress report by the Net Zero Asset Managers initiative (NZAM) detailed the 2030 targets set out by all 43 signatories. Those who pored over the details claimed that the targets covered too few assets and that too few investors provided comprehensive decarbonisation plans across those assets.

Official NZAM numbers suggest only 35% of signatories’ assets are being managed in line with net-zero goals. Just 13 asset managers out of the 43 have so far committed 100% of their assets under management (AUM) to net zero, although members are not yet obligated to do so.

Further number crunching indicates the effective decarbonisation target of the initiative could be far lower.  According to a report called ‘Missing the Target’ from think tank Universal Owner, if you combine the percentage of AUM covered by asset managers’ targets with the percentage reduction in emissions pledged across those assets, it is just 20% – well below the 50% recommended by the Intergovernmental Panel on Climate Change (IPCC).

When broken down in this way, AUM committed to net zero falls short of the headline figures often used to present the initiatives. Only a handful of asset managers, highlighted in the above chart, commit to reduce absolute emissions – the rest commit to reducing carbon intensity, which does not necessarily lead to lower emissions overall.

To be clear, there is nothing within the NZAM policy commitments that suggests the signatories are deliberately misrepresenting their ambitions or breaching the initiative’s rules. However, Universal Owner claims the targets set out by NZAM signatories are potentially ‘gameable’ because asset managers can choose the subset of their AUM to include in their target.

The think tank argues NZAM signatories have a couple of avenues they could take should they wish to present themselves in a better light.

First, they could only set targets for those companies that are either closest to Paris Agreement alignment already, or which have set Paris-aligned targets. This would ‘minimise’ their need to actively change the business models of their investee companies, including heavy emitters. Second, they could strive to achieve the greatest emissions reductions by exiting their most carbon-intensive holdings, foregoing the need to drive decarbonisation across their portfolios.

The way asset managers report which assets, or asset classes, they include or exclude from targets, varies greatly, as shown in the first chart. As none identify specific assets or funds within their targets, it is hard to ascertain whether any are excluding high-emitting companies or sectors.

A number of asset managers claim they cannot commit certain assets to net zero as the methodologies to measure it do not exist yet. For example, Aviva excludes asset classes in line with the Net-Zero Asset Owner Alliance protocol, a guide that includes private equity, unlisted corporate debt, mortgages and covered bonds as classes without established decarbonisation methodologies.

In the Universal Owner report, Nomura Asset Management is singled out for its approach to reporting to the NZAM. The report states: "[Nomura Asset Management] appears to have calculated the percentage of its AUM with Paris-aligned targets and applied its target to that subset (55%) of its AUM, therefore taking the least-effort route, abdicating the need actually to do anything to drive decarbonisation."

Specifically, the Japanese asset manager’s target of 55% is "determined based on the ratio of individual companies among its holdings that have set decarbonisation targets".

Naho Yohda, a spokesperson for Nomura Asset Management in Tokyo, told Capital Monitor that Universal Owner’s summary of its targets was not a fair reflection of its strategy. He said its targets are “limited to assets for which GHG [greenhouse gas] emissions can be measured at any given time” and stressed it does not "arbitrarily disclose data that is convenient for us, as stated in the [Universal Owner] report”.

Taking the easy way out?

Capital Monitor analysis of a handful of explanations made by asset managers for why they have excluded portions of their AUM suggests many more could be adopting the first strategy outlined by Universal Owner: focusing solely on companies that are already more likely to be Paris-aligned, or less carbon-intensive.

An example is La Financière de l’Echiquier, which only commits assets within its socially responsible fund range, where "carbon emissions reduction is part of the investment philosophy and customer demand", to net zero. The $35bn fund manager stresses these are the only assets that it is "confident" will reach these net-zero targets.

Similarly, Fidelity International has only committed assets to net zero already classed as “green” – either Article 8 or 9 – under the European Union Sustainable Finance Disclosure Regulation (SFDR). Fidelity, which had $706bn in AUM as of end-2020, did not comment on whether or not this could be considered ‘gaming’ the targets.

BMO Global Asset Management’s Europe, Middle East and Africa business, which commits 12% of its AUM to net zero, will focus "primarily on products which are part of our ESG product range". A spokesman for the asset manager said it would be making further announcements over the coming months as "we further commit additional AUM to net zero".

That some asset managers have chosen to exclude assets they aren’t confident will reach net zero by 2050 poses the question of whether a target should aim to be ambitious and comprehensive, or realistic.

In a 30 November press conference hosted by ShareAction, a non-government organisation that promotes responsible investment, Mahesh Roy, global lead of net zero and capital markets at the Carbon Disclosure Project, said, in response to a question from Capital Monitor about which assets should be excluded from interim targets: “I think where possible when methodologies exist, they should be within a financial institutions’ target… in the Science-Based-Targets initiative [SBTi] for financial institutions, you can't exclude sectors where methodologies exist.”

A number of asset managers also claim they cannot commit their passively managed assets to net zero. The largest passive managers, such as Vanguard and BlackRock, have not yet announced their interim targets, but if all passive assets are excluded from their net-zero targets, then a huge proportion of assets could be hidden from view. Research from environmental non-governmental organisation Reclaim Finance finds that 45% of assets held by the world’s 29 largest fund managers are passively managed.

However, not all managers have this problem. Handelsbanken, which holds roughly a quarter of its total SKr850bn ($94bn) in index funds, is one of the 13 to have committed 100% of its assets to net zero. Handelsbanken confirmed its target includes passively managed assets, with the caveat that having had a “restrictive approach to fossil fuels going several years back”, the carbon intensity of its portfolios is at a “relative low level”.

As Capital Monitor has previously shown, passive assets often escape fossil fuel policies, despite some, including Universal Owner, believing it is possible to do so. Its report argues that "greening index funds may be difficult, but it is well within the power of the financial system". It claims that index funds can be "greened" at one of two levels: by changing the underlying indices or changing how index funds track those indices.

But does the fact that asset managers have committed less than half of their targets to net zero means that the NZAM has fallen back on any of its promises? It thinks not.

When Capital Monitor asked the six investor networks, which make up the NZAM, about this issue, they provided a joint response, stating those "not able to commit 100% at this time provided information on plans to increase their proportions of assets to be managed in line with net zero, and subject to interim targets, in the near term".

They conclude that this "is consistent with the expectation of the initiative that the percentage of AUM committed to be managed in line with net zero will increase over time to reach 100%".

But according to one of the authors of the Universal Owner report, Louis Fletcher, this strategy of ‘ratcheting up’ targets over time is not compatible with IPCC scenarios, and directly contradicts the NZAM’s overall net-zero commitments. Fletcher argues that committing to decarbonise just 20% of assets by 2030 means the reduction asset managers would have to make between then and 2050 in order to reach net zero would be “economy-shattering stuff.”

The system is broken

Pressure on the NZAM to push members to commit 100% of their assets to net zero will only become more intense, especially as a significant number of asset owners signed up to the Cop26 Declaration, expressing their expectations of the fund management industry.

Colin Baines, investment engagement manager at the Friends Provident Foundation and a Cop26 Declaration signatory, tells Capital Monitor that “we see a huge variance in standards from asset managers making similar climate commitments and claims… from good to terrible”.

He continues: “As it stands, membership of these initiatives is being used by many to greenwash. As such, membership is not useful to asset owners as an indicator of taking climate change seriously.”

Baines argues that although there may be issues with methodologies for some asset classes or with data availability, that does not explain the disparity between managers.

Rather than trying to frame asset managers as “bad-faith actors”, trying to game the system, the Universal Owner report author believes that what is far more important is asset managers implement “policies to change these companies: exclusion policies, escalation policies, policies about how they're going throttle the flow of bonds to both companies that are out of alignment with the Paris Agreement and their financiers”.

These points echo the divestment versus engagement debate, which is ongoing, and unlikely to be settled any time soon.