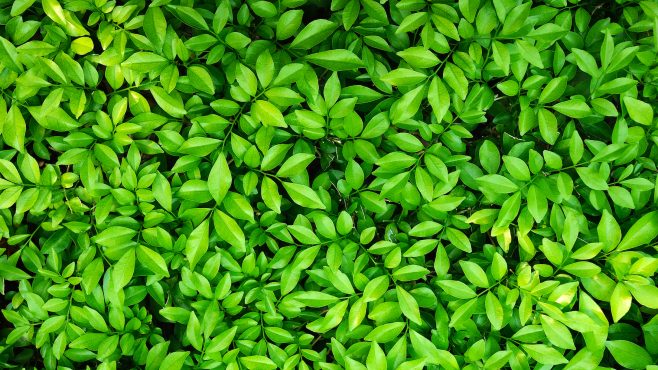 The spread between ESG bonds and standard public debt is narrowing but remains in place. (Photo by pernsanitfoto via Shutterstock)

The ESG bond market – the market for green, social and sustainability bonds – is unstoppable. For the first six months of the year, global issuance volumes hit $533.2bn, according to Refinitiv data. This is not only comfortably more than double the $200bn volume of debt issued in the same period last year, it is also not far off the $548bn sold for the whole of 2020. And there are good reasons to believe this trend will further pick up pace.

But although volumes are up, and green funding has become mainstream, there is little sign that the greenium – a portmanteau word signalling the cheaper cost of funding that sustainable bond issues achieve – shows any sign of vanishing. Indeed, although the bond spreads achieved by green issues have shown a tendency to harmonise with traditional bonds for much of the year, that advantage looks here to stay.

The concept of a greenium is intrinsically a peculiar one. As Antoine Bouvet, senior rates strategist at ING, pointed out in a recent paper, there is no theoretical reason why a company’s green bonds should trade at a premium to its vanilla bonds. They have exactly the same chance of being repaid.

But to understand this dynamic and how recent the idea of the greenium is, it is worth rewinding to the early days of the sustainable bond market.

After the European Investment Bank created the market with a €600m ($707.7m) climate awareness bond in 2007, issuers were generally paying a higher yield to sell green debt. “It only turned positive at the end of 2019,” says Rick Watson, head of capital markets at the London-based Association for Financial Markets in Europe (AFME).

This shift happened because of the rapid increase in green bond volumes. As both issuers and investors saw the advantage in being green, this brought down the cost of borrowing. Demand has been so high – most issues over the past few years have been significantly oversubscribed at the book-building stage – that the pendulum has swung the other way and issuers are paying a lower yield.

The reason for this, as Thibaut Cuillière, head of real asset research at Natixis, explains, is because there is a “captive demand” for green debt.

It’s not only rapidly growing direct ESG funds that have been searching for green bonds to buy; traditional funds have become more ESG-oriented and require a significant proportion of their portfolios to be green.

This demand is unlikely to vanish. In a mid-year client survey published in early July, Natixis clients overwhelmingly said they expected to increase their allocation to green and ESG bonds over any other kinds of debt.

Funds like this have joined investors who look at the green bond market almost philosophically and see greenness as a proxy for being well-run.

“It can be a way to find successful companies. Those that are at the forefront of adapting to climate change are going to be the ones that return the best,” says Henrik Johnsson, global co-head of capital markets at Deutsche Bank.

What has changed since the start of this year is, quite simply, volume. Around 40% of European bond issuance is currently green, according to Deutsche Bank, which has removed its rarity value. With this, the theme of the past six months for bond spreads has been convergence.

“The biggest outperformance is often at the beginning of a trend when an industry is starting to adopt a number of standards and supports,” says Nannette Hechler-Fayd’herbe, head of global economics and research and chief investment officer for international wealth management at Credit Suisse.

Eventually, that premium tends then to come to some form of stable mean even if there might be “tactical fluctuation” depending on business, interest rate and credit spread cycles.

This has been true across the spectrum of companies. Sebastian Meyer, director of fixed income indices at IHS Markit, points out that in the high-yield bond market – companies rated below BBB and which he calls “high emitters” (see chart) – had a strong premium in October last year of around 15–20bp.

This was a function of not only new high-emitting sectors like energy companies and car manufacturers moving into the green market in greater numbers, but also the fact that the market was being opened up to new investors. While insurance companies, banks and pension funds both dominate and are usually limited in the debt that they can buy to high-quality names, moving down the ratings scale sees opportunities for different types of funds.

Since then, the greenium has what he calls “calmed down” to 5–10bp, though the move is also a reflection of the cyclical nature of those companies that have benefitted from an upswing as economies emerge from Covid-19 lockdowns.

But this is where it gets interesting.

Since the first quarter of 2021, the greenium for investment-grade corporate debt in Europe has stabilised at around 3bp with no sign of vanishing. This despite the fact that bond spreads have tightened.

“The greenium is a function of the spread,” explains Natixis’ Cuillière. Theoretically, he continues, now that the market has begun to price in an economic recovery, so should the greenium.

But the theory isn't working, because although corporate spreads have come in from around 50bp to 35bp over mid-swaps, the greenium hasn’t moved.

“It was 5% of the spread of corporates at the start of the year, and it is now 7.5% of the spread,” he says. By the end of the year, although he expects spreads for new issues to continue to shrink, he still expects the greenium to remain the same. By that time, it will be around 9% of spreads.

Elevation in the secondary market

It is a different story in the secondary market. The existence of a secondary market is yet another sign of the green bond market’s growing maturity. Its growth should not really come as a surprise. Deutsche’s Johnsson points out that with such a high percentage of new issuance being green, “it is natural that it is going to feed into the secondary market”.

There has been little sign of any convergence at all here and greenium spreads still remain elevated. But this is a simple function of supply and demand. The oversubscription that appears for every primary issue means that accounts that have not achieved their full allocation have to look elsewhere. As Natixis’ Cuillière puts it, investors want to pick up green paper wherever they can to “‘greenise’ their portfolios”.

There is some debate what the enthusiasm for green issuance means for the rest of the year. Some believe that issuance will draw breath. “A slowdown would make sense,” ING’s Bouvet tells Capital Monitor. The past 12 months have seen “exceptionally favourable market conditions” for borrowing, and typically most corporations front-load their borrowing to the first half of the year.

But not everyone agrees. Cuillière believes that it will continue as issuers take advantage of the demand. “It will continue to stay massive for the second half,” he says, as corporates continue to issue into a market that is keen to buy the debt and so they can lock in cheaper funding.

Does this mean that you don’t have a green bond market any more – you just have a bond market? Tom Greenberg, Credit Suisse

To all intents and purpose, the position of the two markets will reverse, with the ESG market becoming the conventional market. “The default presumption in five years is going to be that unless there’s a good reason why you’re not issuing an ESG-compliant instrument there probably should be a reason,” says the AFME’s Watson.

Others go even further. As more and more companies incorporate ESG and embed sustainability into their operations, Tom Greenberg, head of investment banking capital markets and ESG advisory at Credit Suisse, muses whether the markets themselves will converge: “Does this mean that you don’t have a green bond market any more – you just have a bond market?”