Africa, a continent acutely vulnerable to the effects of climate change, is in dire need of investment into its renewable energy infrastructure. But it receives a tiny fraction of the capital that flows into such assets in certain other regions, most notably Asia.

That is a problem the Africa Finance Corporation (AFC) – which is focused on bridging the continent’s infrastructure gap – is looking to address with the launch of a 2-gigawatt clean energy strategy. The move signals an important shift for the multilateral finance institution under new chief investment officer Sameh Shenouda as it looks to drive the adoption of renewable power across the continent.

Africa offers huge opportunity for infrastructure investors and yet faces the biggest challenge in attracting capital, Shenouda tells Capital Monitor. “Sun is not an issue at all in Africa, [and] there’s a lot of water resources, but how do we convert these resources into projects? The challenge is you need scale.”

Yet just $34.7bn went into such assets in the region between 2011 and 2021, according to law firm Linklaters, while Irena says investment in off-grid renewables was only $1bn in Africa between 2008 and 2019. In stark contrast, the Asia-Oceania region – driven above all by China – receives the largest share of renewable energy investment globally: an average 55% between 2005 and 2019 or around $166bn in 2019, by Irena figures (see graph below).

On top of this, the Covid-19 pandemic has reversed progress made on expanding access to affordable and clean energy. Now some 590 million people lack it in Africa, an increase of 13 million or 2% over 2019, according to the International Energy Agency. And there are estimated annual deficits of $50bn and $170bn, respectively, for meeting SDG 7 (Access to Clean and Affordable Energy) or the $170bn annual deficit for SDG 9 (Industry, Innovation and Infrastructure).

To help address such issues, Nigeria-based AFC is establishing a two-gigawatt renewable energy platform with a view to “supercharging” investment in the sector. Shenouda introduced the strategy when he joined in January from Zarou, an infrastructure company owned by private equity giant Blackstone.

AFC, which has $7.3bn in assets, is aggregating a series of 50-to 60-megawatt clean energy projects into a $2bn two-gigawatt platform over the next three to five years. At perhaps $50m apiece, they would otherwise have been too small to attract investment from big institutions on their own, Shenouda says. Projects will be a combination of acquisitions, early- and late-stage development projects, partnerships and privatisations, across various African countries.

Big renewable energy developers see Africa as a fragmented market where they cannot build a 500-megawatt single-asset project, says Shenouda. “Once you get critical mass, you attract third-party capital.” 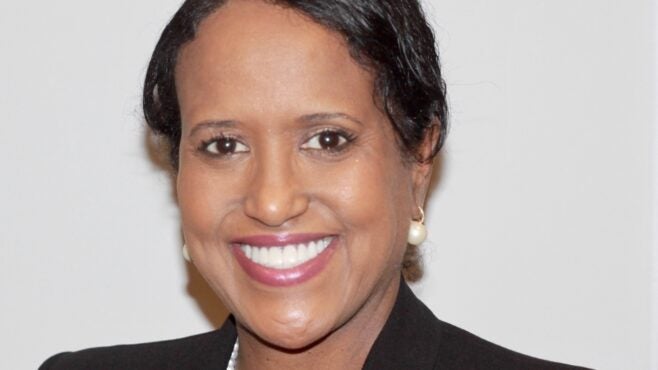 The new platform’s focus will be on core renewables – wind, solar and hydropower – and new technology such as batteries, hydrogen and large-scale desalination projects. The AFC already has investments in a 60MW wind farm in Djibouti, the 44MW Singrobo hydropower project in Ivory Coast and the 25.5MW Cabeloica wind farm based in Cape Verde. But given AFC’s mandate, Shenouda felt it should do more.

The next phase of Shenouda’s strategy is to list the platform on the London Stock Exchange. “If you list an African platform in London or on another exchange, this is when you bring the huge wave of capital that is chasing renewables,” he says.

AFC’s clean energy goals are ambitious and much-needed – and reflect continent-wide aims. Most African countries have signed the Paris Agreement and are committed to achieving a net-zero economy by 2050. But the institution operates on the frontline of industrial development, so remains heavily involved in the financing of high-carbon sectors such as heavy industry, transport, logistics and fossil fuels.

What's more, Africa’s energy demand is set to expand by 3% a year to meet the needs of its growing population, which is expected to double to at least two billion by 2050, according to the IMF.

As a result, simply ditching traditional energy sources – which are often plentiful and relatively cheap – is not an option, as big regional lenders like Ecobank and Standard Bank have pointed out.

AFC also provided $300m of senior debt to Dangote Industries in 2019 to part-finance the construction of a 650,000-barrel-a-day crude oil refinery and a 2.8m tonnes-a-year urea fertiliser plant in Nigeria, its largest shareholder country, among other projects.

As AFC’s renewable energy portfolio grows, it will start to reduce the portion of fossil fuel projects on its balance sheet, Sameh Shenouda, Africa Finance Corporation

Power represents 25% of AFC’s investment portfolio and of this, renewables represent around 5%. As AFC’s renewable energy portfolio grows, it will start to reduce the portion of fossil fuel projects on its balance sheet, Shenouda says. But introducing stricter policies around what the institution can and cannot finance is still some way off.

After all, when Africa is realising barely 5% of the value of all its commodities, it can be difficult to ask governments there to abandon their country’s natural gas reserves and switch to solar, says AFC’s Adam.

While renewable energy is becoming more affordable in some locations, in others the costs are still prohibitively high. Egypt, for example, can produce clean power from solar plants at two cents per kilowatt-hour. But the unit cost of electricity in many African counties is about double the global average, at 14 cents per kilowatt hour, according to CDC, a British DFI.

If a country can produce energy from its gas at one cent per kilowatt-hour, it does not make sense to suggest they do something else, Adam says. “That is the resource they have.”

Meanwhile, the idea that African countries could “leapfrog” the high-carbon path taken by more industrialised countries is easier said than done, given the wide variation in sophistication of the continent’s economies, she adds.

Some countries have made progress in their energy transition: in Egypt, 30% of energy now comes from renewable sources. Others have suffered major setbacks. The Zambian government had invested heavily in hydropower, but chronic droughts severely curtailed its plans. It is now aiming to deploy 500MW of solar by 2023.

Another obstacle for the energy transition is the need to have reliable base-load power to support the grid. In African countries, weaker grids can only support a 25-30% share of renewables at best. Hence fossil fuels remain essential for keeping grids stable. Overly frequent supply interruptions cause blackouts, so gas will always have to be the source of the base-load capacity, Shenouda points out.

While AFC’s efforts are a step in the right direction, they fall well short of the 310GW of renewable power that Irena estimates the continent will be able to generate by 2030. It seems that major investment will have to come from elsewhere.