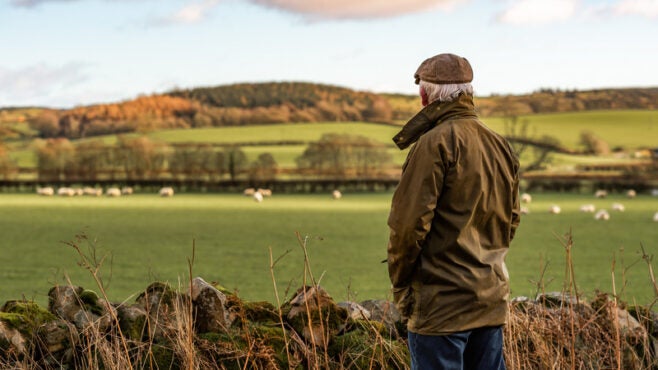 The outlook is challenging for UK agriculture. (Photo by JohnFScott / iStock)

Standing on the edge of the North Yorks Moors National Park, Ingleby Farms produces crops and South Devon cattle. Jack Bell, who owns and manages the 1,000-acre estate, is navigating a tricky time for British agriculture, with changes to subsidy regimes coming as a result of Britain’s exit from the EU and costly pollution-reduction measures looming as the sector works to meet a 2040 net-zero target.

The UK’s agricultural industry – which produces 45.6 million tonnes of carbon dioxide equivalent (tCO2e) a year, according to the National Farmers’ Union (NFU) – is under pressure to cut its greenhouse gas (GHG) emissions while also improving biodiversity, soil health, air and water quality, and sequestering CO2.

But the higher management expenses and land use changes associated with the transition to a low-carbon economy will come at a cost that outstrips farm incomes and government subsidies.

The incoming Environment Land Management (ELM) subsidy schemes will reward farmers for making agricultural practices more sustainable and replace the Basic Payments Scheme under the EU’s Common Agricultural Policy (CAP). But they will result in a funding shortfall, says Bell, who adds: “This is where biodiversity net gain [an approach to development that leaves biodiversity in a better state than before] and carbon auditing could be the answer.” (See charts below.)

Farmers are increasingly looking at ways to make up the difference by monetising the emerging revenue opportunities in natural capital markets, including carbon sequestration (also known as capture and storage), carbon insetting and carbon-plus projects.

Carbon insetting refers to selling carbon credits within the food supply chain, only allowing them to be counted towards the Scope 3 emissions reductions of participants in the chain. Carbon plus project instruments combine carbon sequestration with other outcomes, particularly related to biodiversity. Carbon could be sold at a premium if the package specifies certain conditions that are 'nature-positive', for instance.

There are financial products and programmes outside the UK that some feel could be useful models for British agriculture in these areas – such as outcomes-based payments – but they will require farming businesses to work together to generate scale.

Too early to sell carbon credits?

Carbon sequestration could be worth £1.7bn ($2.3bn), roughly half the total value of public subsidies for agriculture, says environmental think tank Green Alliance in a new report.

One UK-based banker, who asked not to be named, says 83% of his firm’s agricultural clients believe they will reach net-zero GHG emissions by 2035, five years before the NFU’s target. Farmers will then be able to start selling credits, he adds. “But it’s at a very early stage at the moment.”

Market participants agree this represents a big opportunity for farmers –  there are certainly potential buyers out there (see pie chart below). But it is an unregulated market, and industry bodies say it is too early for individual farmers to sell credits.

The NFU advises farmers not to offload potentially valuable credits yet, nor to prioritise doing so over food production. Similarly, the Green Alliance warns that selling carbon offset credits to buyers upfront could harm farmers’ own decarbonisation efforts.

“The advice I’ve taken so far is not to sell now,” says Bell. “Progressive farmers I speak to now are working out how many tonnes of carbon they are producing and how many tonnes of surplus they can sell or rent out, but none of us wants to sell anything in perpetuity.”

Farmers need to understand what carbon credit trading will mean for their business and supply chains, agrees Roddy McLean, director of agriculture at NatWest. Once they sell these carbon credits, they are gone forever, he points out. That may put them at a disadvantage in the future if a food producer or retailer were to change its sustainability requirements.

The potential for farmers to not just reach net zero but genuinely remove carbon is significant, says Timothy Coates, chief customer officer and co-founder of Oxbury Bank, a specialist agricultural lender. “But the question is what form does such a market take, how will payments actually be made and who will facilitate it?”

Selling carbon credits now may put farmers at a disadvantage in the future if a food producer or retailer were to change its sustainability requirements. Roddy McLean, NatWest

Nonetheless, it makes sense to take some action now, argues Coates, who also runs a 1,250-acre arable farm in Oxfordshire. There may be a high cost for doing nothing, particularly if the ‘carrot’ approach to transition – under the ELM subsidies, for example – becomes a stick in the form of carbon taxes, he says.

Coates has developed carbon credits – certified by the Woodland Carbon Code quality assurance standard – on his farm but plans to hold them for now. “I can decide on a future date to sell them, but I would only do that on the absolute certainty I would remain a net-zero farm once they are off my account,” he says.

A further disincentive to selling is the current low carbon price, which is expected to rise substantially.

In the meantime, guidance and support is on the way for the industry. The NFU is working on a set of governance principles for how the public and private sector can work together on natural capital projects, while the Green Alliance is pushing the case for insetting.

In addition, the Environment Agency’s Natural Environment Investment Readiness Fund is developing and financing new standards. These include the creation of a UK Farm Soil Carbon Code to reward farmers for the carbon-sequestration benefits of more regenerative on-farm practices, and a Hedgerow Carbon Code. Currently, carbon credits are mostly linked to afforestation or peatland restoration via the Woodland Carbon Code and the Peatland Code, a voluntary certification standard for UK peatland projects.

One way for farmers to monetise their carbon reduction and sequestration efforts is to sell carbon plus products.

Monetising the benefits of improving sustainability is a principle that Quantified Ventures, a Washington, DC-based consultancy, applied to the creation of its Soil and Water Outcomes Fund, which it raised from external investors. The fund offers financial incentives to farmers who transition to conservation practices that yield positive environmental outcomes like carbon sequestration and water quality improvement.

The structure ensures that multiple parties share the cost of and benefit from projects, says Adam Kiel, who co-administers the fund. 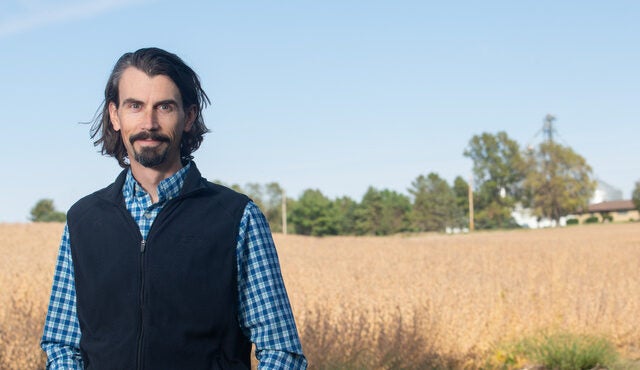 This principle of outcomes-based payment is starting to be used in the UK, at a smaller scale. In the Poole Harbour Catchment Initiative, Wessex Water works with a group of farmers to reduce nutrient run-off from their fields into local water supplies. Wessex Water funds improvements to farming practices that lead to improved water quality.

Corporates are under growing pressure to transition their supply chains to net zero and, with the Task Force for Nature-related Financial Disclosures framework on the horizon, also make them nature positive, says Helen Avery, director of nature programmes at the Green Finance Institute (GFI). This means companies may change where they are sourcing food from or will have to support farmers to make the transition, for which they will need finance, she adds, making farmers who are not transitioning a higher risk for their lenders.

Outcomes payments are relevant here in that any financing needs to be repaid by cash flows, she adds. “Banks are not confident in knowing that interventions will produce the desired outcomes and that therefore debt can be serviced. And we’ve all yet to grapple with what ‘nature positive’ looks like. That needs to be tackled for finance to flow more easily.”

The outcome payments model benefits from scale, Avery says. So the GFI is working on aggregating pools of farmers “who can collectively work to provide one or more outcomes”.

With a similar objective in mind, the UK’s Game & Wildlife Conservation Trust and the NFU have been working since 2020 to promote farming clusters in the UK. The Environmental Farmers Group brings together eight farm clusters to focus on biodiversity, nutrient offset and carbon trading markets to develop a scalable proposition that is attractive to commercial entities and local authorities. The British government’s Countryside Stewardship Facilitation Fund has also been made available to support such initiatives.

In the Netherlands, Dutch group Rabobank has developed an outcome payments mechanism to enable domestic farmers and the business community to achieve mutual goals around natural capital and biodiversity to support dairy farmers in their transition.

The bank has created a biodiversity monitor for the dairy industry that assesses the sustainability of farms based on six indicators. It has integrated the tool into its loan application process and rewards the best-performing farms with a 20 basis point discount on new loans. Rabobank’s analysis shows that farmers that score higher on sustainability also show better financial performance, says Jeen Nijboer, sector manager for sustainable farming.

The scheme started in July last year and the bank has extended €92m in loans. It hopes to extend it to 20% of its farming customers and garner a 90% share of the Dutch farming lending market.

Rabobank is also working to set up a carbon bank that will help set the standard for dairy farms to gain more income from sequestration or emissions reduction.

As companies and investors better understand how natural capital affects their financial returns, and farmers get savvier about how they can leverage their assets, it seems logical the two sides will increasingly converge.