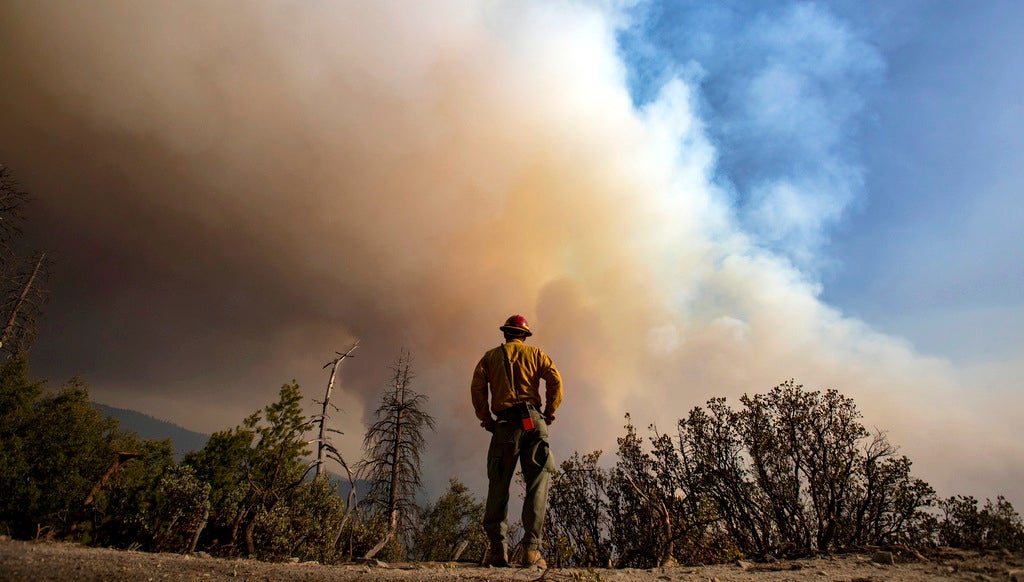 Smoke rising from wildfires in California: the state’s citizens are increasingly exposed to the effects of climate change. (Photo by Brian van der Brug / Los Angeles Times via Getty Images)

It is wildfire season in California. The rising intensity and devastating impact of these events has served to highlight the grim reality of a changing climate. Hence staff at the California State Teachers’ Retirement System (Calstrs), the US’s second-biggest pension scheme, appreciate more than most how important it is for influential investors to act quickly and decisively on environmental issues.

Accordingly, the Teachers’ Retirement Board, which governs Calstrs’ operations, set out a plan this month to reach net-zero carbon emissions across its $311bn portfolio by 2050. The investment teams are now in the process of reviewing and updating data on emissions across the portfolio in order to map out interim and final targets.

This plan consists of three ‘pillars’ – risk management, investment opportunities and use of influence – Kirsty Jenkinson, Calstrs’ director of sustainable investment and stewardship strategies, tells Capital Monitor. These three elements were already part of the institution’s sustainable investment policy, but the addition of a net-zero target has added a “North Star” focal point for the investment team to work towards.

Jenkinson and her colleagues under chief investment officer Chris Ailman have now been tasked with establishing a net-zero action plan. This involves setting a “baseline and milestones” for managing related risks and expanding low-carbon investments.

The first step is to undertake a deep dive data exercise, seeking the most recent and accurate portfolio data on carbon emissions and other environmental indicators across public and private markets. Once a baseline has been established, it will allow the sustainable investment and stewardship strategies (SISS) team to start work on identifying risks and investing in new assets.

Net-zero pledges have been attracting much scepticism given that they lack any legal or regulatory recourse if companies fail to achieve them. But Calstrs seems to be making more effort than many corporates and investors to work out how it will reach its targets. 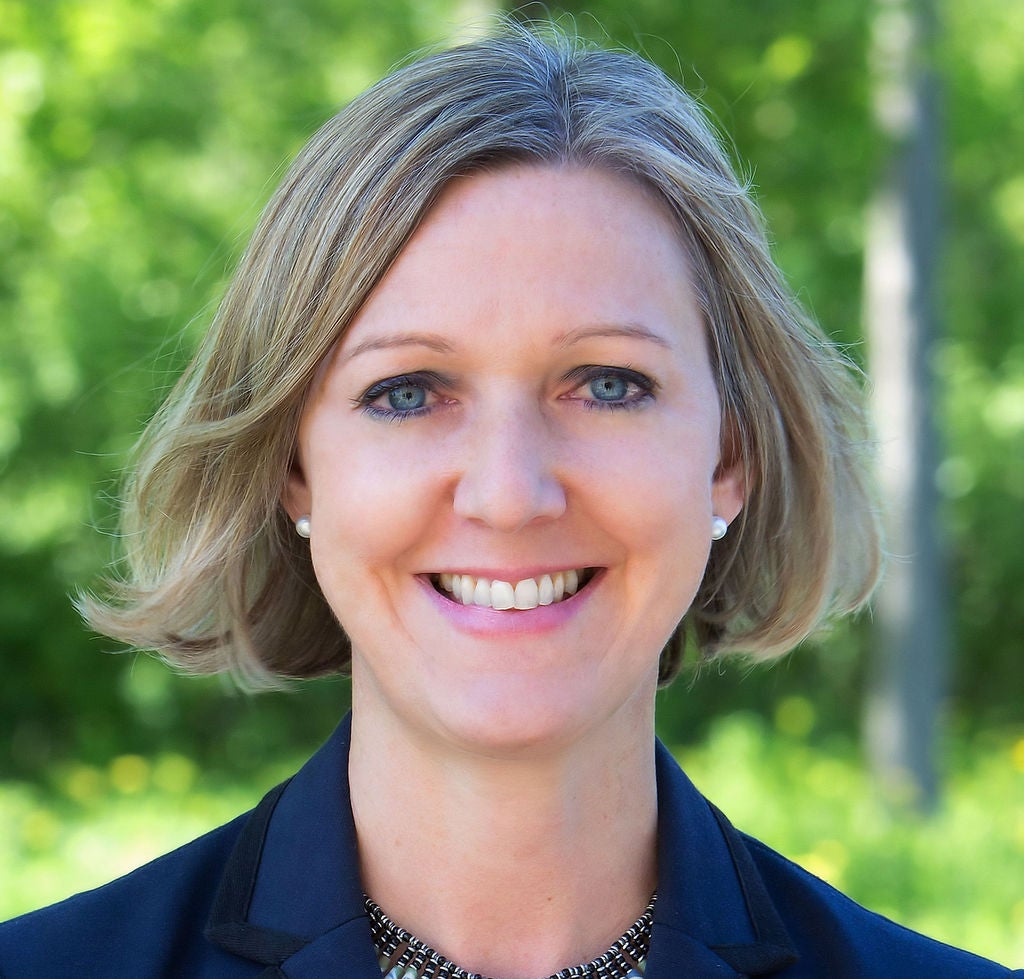 The SISS team is responsible for around 3% of Calstrs’ portfolio, allocated mainly to activist and sustainability-themed asset managers and a bespoke low-carbon index aimed at reducing portfolio emissions. That portion is set to grow to 5% of the fund, expanding to incorporate sustainable private market investments.

This index was created from allocations initially made to US and developed market low-carbon benchmarks provided by MSCI in 2017 and 2018. These have been adapted into Calstrs’ low-carbon index, which optimises emissions exposure “around a tracking error target”, according to the fund’s ‘Green Initiative Task Force’ report.

The index has since been amalgamated into the SISS team’s public equities portfolio, which stood at $3.4bn as of the end of last year. This year, the team plans to add emerging markets exposure to the index.

With the ink barely dry on Calstrs’ new investment strategy, the pension fund is still at the information gathering and “mapping” stage, Jenkinson says. However, it sees interesting opportunities emerging in line with the net-zero target in areas such as waste management, food and agriculture technology, and renewable energy.

“We see the biggest opportunities in solutions on the private side,” she adds. “We have a mandate now to increase co-investments with our [internal] colleagues in private equity, real estate and infrastructure.”

In August, for instance, Calstrs partnered Abu Dhabi Investment Authority and Dutch pension fund manager APG to acquire a new clean energy platform, Arevon Energy. Thanks to this deal, the US plan leads its domestic pension peers in terms of fast-rising investment into renewables, according to New York-based research house Global SWF (see graphs below). Canada’s retirement funds such as CPPIB and Omers still head the pack on this front, though.

Previously owned by Swiss private equity company Capital Dynamics, the Arevon platform received $1bn in initial funding from its new owners on top of existing allocations to funds managed by the Arevon team. The platform includes 4.5 gigawatts (GW) of operating and under-construction renewables capacity, including solar farms and battery storage, and a further 3GW is planned.

The deal came shortly after US Senate approval of a $1.2trn bipartisan infrastructure bill that underscores the Biden administration’s renewable energy agenda.

Given its size, the fund’s influence is significant in board rooms and shareholder meetings. Notably, it supported activist hedge fund Engine No. 1’s successful bid to install new board directors at oil giant ExxonMobil. Three independent directors were appointed after shareholders supported their election, the first time that non-Exxon staff had held board roles.

More broadly, in the first seven months of this year Calstrs voted on 231 separate environmental and social-themed shareholder proposals. Of these, 34 received majority support from other investors, with 13 backed by more than 80% of shareholders.

But Calstrs, California Public Employees' Retirement System (Calpers) and New York Common Retirement Fund are the exception to the rule, he says. All three score highly in Global SWF’s proprietary Governance, Sustainability and Resilience (GSR) rankings, with 84%, 80% and 84%, respectively.

Conscious of the growing focus on social as well as environmental impact, Calstrs is also pushing corporate diversity issues.

The move is a timely one. Under the Biden administration, the Securities and Exchange Commission (SEC) is pushing for new rules to improve boardroom diversity. At the start of August, the regulator approved US-based exchange Nasdaq’s proposed new rule requiring all listed companies to report on the diversity qualities of their boards. Should they fail to do so, companies must outline the reasons for their shortcomings.

Companies listed on Nasdaq’s US bourse must in future have at least two “diverse directors”, including a female director and one who identifies as “an under-represented minority” or as LGBTQ. Boards have two years to ensure they have one diverse director and four or five to get to two, depending on which Nasdaq exchange they are listed on.

Calstrs has a target list of companies with which it is engaging on diversity issues and is also working directly with its asset managers on this area.

The pension fund itself published a progress report in March this year detailing both how it has engaged with portfolio companies and asset managers on gender and racial diversity, and how its own 176-strong workforce measures up on such factors. The document contains metrics used to measure Calstrs’ progress on improving diversity both internally and externally. The fund also engages with managers on diversity and inclusion issues through events and direct conversations.

In partnership with Canadian asset manager AGF Investments, the SISS team has helped advocate for greater female representation on boards in China, Korea and Singapore, says the diversity report. It also cites UK asset manager Schroders, which it says has found that “49% of their targeted companies added at least one woman to their board” following engagement.

However, the report does not list any specific companies that have embraced diversity on their boards.

Jenkinson’s team has a target list of companies with which it is engaging, in collaboration with other investors through organisations such as the Thirty Percent Coalition and the Human Capital Management Coalition. In order to challenge companies to cast a wide net when seeking new board appointments, Calstrs assesses board make-up, skill sets of directors, appointment policies and processes, and governance documents.

Collaboration is important here, too. Calstrs has been involved in recent diversity initiatives in the real estate investment sector through its membership of the National Council of Real Estate Investment Fiduciaries.

In the public equity space, the pension fund says it has already helped improve diversity in listed companies in its home state through the California Board Diversity Initiative (CBDI). The scheme was launched in 2015 in partnership with two other local funds, Calpers and the Los Angeles County Employees Retirement Association.

The CBDI initially engaged 25 California-based Russell 3000 companies with all-male boards – none of which it has named publicly – writing to them to flag their concerns about the lack of diversity. Of those, 20 had taken affirmative action to appoint female directors within four years. The CBDI escalated the issue with the remaining five companies, tabling shareholder resolutions in 2020, prompting three more firms to appoint female directors.

Calstrs and its US peers are to be applauded for pushing ahead with their efforts to address climate change and improve corporate diversity, especially given the regulatory uncertainty they face. The landscape could well shift radically again if the Republicans were to get back into power.

“We recognise that, from a federal level, policy could change again in a couple of years,” Jenkinson said during a panel at the Making Sense of Net Zero event hosted by Capital Monitor and the New Statesman in early September.

At least US investors have a more favourable backdrop for environmental and social improvement efforts than in recent memory. And they have to start somewhere.

Nick is a pensions and investments writer with more than 12 years experience.
Websites in our network