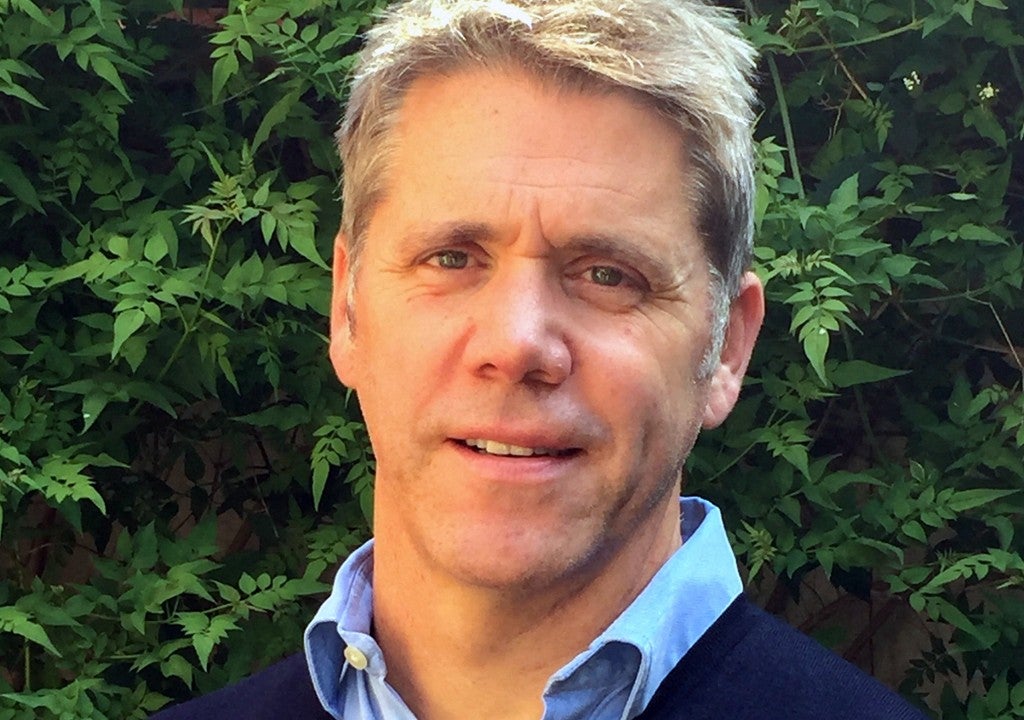 In 2018 the Intergovernmental Panel on Climate Change said that to limit global warming to 1.5°C, net carbon dioxide emissions must reach zero by mid-century. That is, by 2050 greenhouse gases going into the atmosphere must be balanced by the equivalent being removed.

And suddenly the term ‘net zero’ was everywhere.

A huge and rising number of governments, local authorities, investors, financial institutions and other businesses have made pledges to achieve net zero emissions. Around one-fifth of the world’s largest companies have done so, with many more expected to join the list by the end of the year – especially given the pivotal UN Cop26 climate change conference coming up in November.

No wonder: making such a pledge itself is relatively simple and risk-free. Most of the deadlines are far off – most typically in 2050 – and there is no legal framework forcing commitments to include interim targets, accountability mechanisms or limit their reliance on carbon offsets.

Tellingly, some entities – such as oil and gas giants BP, Shell and Total – have labelled their plans merely “ambitions”. Others, such as Credit Suisse, have admitted they are not sure how they will achieve some of the goals they have committed to as part of their net-zero pledges. (See also graphs below.)

Telecoms provider O2, beer maker Brewdog – both UK-based companies that have made net-zero pledges – did not respond to requests for comment for this piece. London-based outsourcing and energy services company Mitie declined to comment.

Governments have been reluctant to introduce standards or enforcement for net-zero transition plans, even though they cannot honour their own Paris Agreement commitments without the private sector pulling its weight.

For instance, the UK – host of the Cop26 event – was one of the first countries globally to enshrine in law its target of net-zero emissions by 2050. However, as Capital Monitor previously reported, a government spokesperson said in August that it is “not the government’s job to directly enforce climate commitments made by private companies”.

Indeed, the government’s policy actions – such as the construction of Britain’s first new deep coal mine in 30 years and plans to expand the Cambo oil field in the North Sea – are entirely at odds with its public messaging on climate action, says Charlie Kronick, senior climate adviser at environmental campaign group Greenpeace UK.

“The tools are there”

There are plenty of ways that governments and regulators could strengthen legal frameworks to police businesses’ emission-reduction commitments, he says. Britain, for instance, could choose to directly regulate investment in and lending to high-carbon sectors rather than simply tightening disclosure requirements.

“The tools are there for governments to send some really clear signals about high-carbon industries and the financial actors who invest in or fund them – but it’s not happening,” Kronick adds. “And the longer they wait, the harder it gets.” 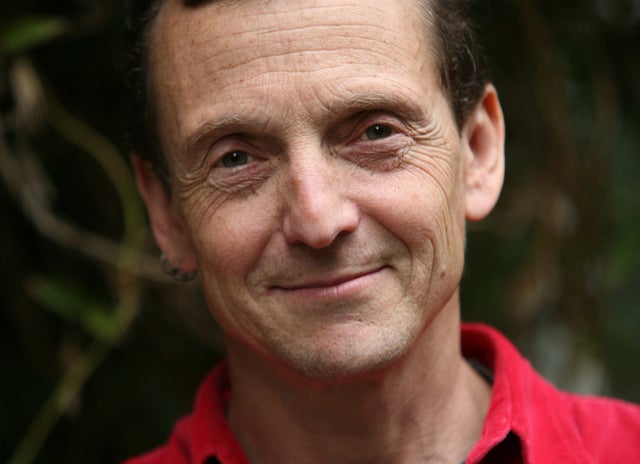 As a result, many are sceptical of the pledges made by corporates. Especially in light of the relatively short-term nature of companies’ financial targets and the sheer complexity of large modern supply chains.

“We’re most reassured by the companies that tell us this stuff [measuring and cutting emissions] is really difficult, because that’s what we see too,” says Rob Harley, portfolio manager at Edinburgh-based equity fund house Stewart Investors. “The glib ease with which some [environmental] commitments are made is quite striking.

“There are so many questions to be asked when any company makes a net-zero commitment: what the pathway looks like and how they’ve got to it, what assumptions they’ve made, how they’re thinking about Scope 3 emissions, and how they’re using offsets.”

For all the reasons mentioned above, it is very rare to see detailed net-zero plans made public – but there is the odd exception.

FTSE 250 company Spectris, which supplies precision instruments, made a public pledge in July that it would reach net zero by 2040. It aims to do so for Scope 1, 2 and 3 emissions – both those produced by the company and its power sources and those connected to it but outside its control. Spectris’s commitment also incorporates interim targets and annual reporting, and is verified by the Science-based Targets Initiative – a widely recognised standard for emission-reduction plans.

“Being a company of scientists and engineers, we felt it was really important to ensure we fully understood what a net-zero ambition would mean to the group before making our commitment,” says Rebecca Dunn, Spectris’s head of sustainability. “Setting our target has really been a bottom-up process over the past eight months, starting with business-led workshops and the collection of perspectives and data across our business.”

Since the announcement, Dunn adds, employees, customers, suppliers and investors have been incredibly supportive.

But that’s not always the case. When BP set its net-zero target in February 2020, it included plans to cut oil and gas production by 45% over the following decade. That was ambitious by the sector’s standards, and a rare example of a clear, measurable interim target to reduce emissions rather than merely offset them. And it is what investors publicly claim they want to see. Yet within a week, the oil major’s share price had fallen to a 25-year low.

That said, activist groups – and some investors – are increasingly challenging companies on their transition plans.

At the end of August, Australia’s Environmental Defenders Office (EDO) made history by suing natural gas producer Santos on behalf of shareholder advocacy group ACCR over the its claim to have a credible pathway to net-zero emissions by 2040. This constitutes misleading or deceptive conduct under local corporate and consumer laws, the EDO says on behalf of ACCR, which is an investor in Adelaide-based Santos.

The lack of consensus around calculating and reporting emissions leaves plenty of room for accounting shenanigans. Pablo Berrutti, Stewart Investors

Governments and oil majors have borne the brunt of the pushback against vague or misleading emission-reduction commitments. Witness also the landmark court order in May for Shell to accelerate its emissions cuts.

But that could soon change.

Of the 50 largest power utilities in the US, only 20 have made climate pledges, and only three of those are consistent with limiting warming to 1.5°C or less, environmental group Sierra Club said in its response to the US Securities and Exchange Commission’s consultation on mandatory climate disclosures, which closed in June.

But while it seems inevitable that there will be more cases like those involving Santos and Shell, things are not moving fast enough, says Kronick.

After all, the lack of consensus and agreed standards around calculating and reporting emissions leaves plenty of room for “accounting shenanigans”, says Pablo Berrutti, Sydney-based investment specialist at fund house Stewart Investors.

That is because of the nature of the ‘net’ part of such commitments, adds Berrutti, who is also founder of sustainability research initiative Altiorem. Which is why Stewart Investors has specified a goal of 1.5°C alignment with its own climate plan, rather than with net zero.

Without regulation and consistent standards, companies can more or less make the number up [for emissions reports]. How do you audit that? Steve Holt, Grant Thornton

UK regulators want accounting and audit companies to rubber-stamp greenhouse gas emissions reports in the same way as they do financial reports, says Steve Holt, London-based forensic partner at audit and advisory firm Grant Thornton. But many are uncomfortable doing so when so much is uncertain, he tells Capital Monitor.

“The government essentially wants someone on the hook for these reports,” he adds. “But without regulation and consistent standards, companies can more or less make the number up. How do you audit that?”

There’s also a feeling among some company directors that sustainability is a “flash in the pan – today’s important thing – but tomorrow it might be different”, Holt says.

“There are all sorts of games going on… because it’s all so subjective – you can basically report on whatever you like,” he adds. “It’s also because businesses just aren’t set up to be able to measure their environmental impact. For most, it’s just not been seen as that important for decades, so they don’t have the data ready.”

Governments do not have to target net-zero plans specifically. Of all the issues that Stewart Investors’ investee companies raise, the most commonly cited wish is an internationally agreed carbon price or tax, Harley says. “It would make a huge difference to the accuracy of company forecasts if there was more clarity around carbon pricing, and that could be built into financial and emissions-reduction models.”

Besides, other regulatory tools will always have their limits. “Rules need to be in place, but the problem with rules is that people find ways to get around them,” Berrutti adds. “Look at the amount of money spent on tax lawyers.

“[So] I lean towards a more principles-based approach with good accountability,” he says. “I do think civil society does an increasingly good job of holding organisations accountable for their actions.”

A good thing too, given governments' lack of appetite to do so.