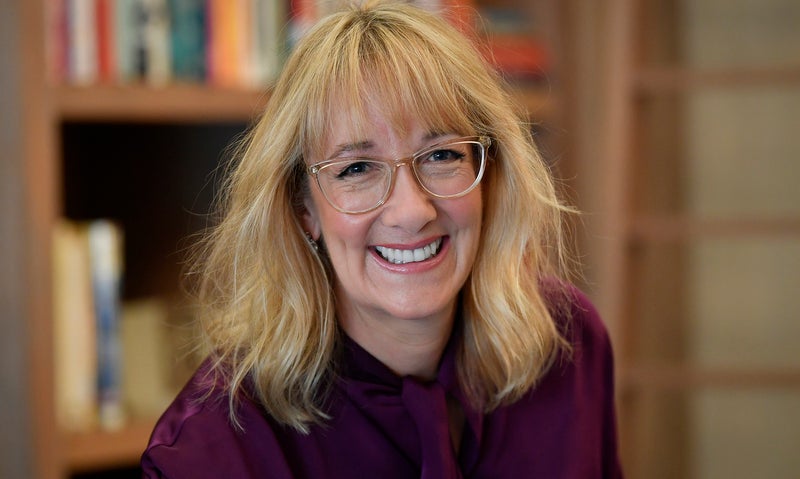 Credit Suisse is a bank in flux. Following a series of multi-billion-dollar losses this year, the beleaguered lender has started a major strategic review to assess its risk management controls. A leaner, new-look group with a more conservative approach to risk is expected to emerge, with speculation swirling about asset disposals and even a potential merger with Swiss rival UBS.

How this will affect Credit Suisse’s approach to ESG integration and its appetite for financing high-carbon emitters is as yet unclear. The bank’s chairman Antonio Horta-Osorio isn’t expected to unveil the new long-term vision before this year is out.

They could only say so much, given the strategic review now under way after a turbulent period capped by two events in March. The bank lost $5.5bn loss from the blow-up of family office Archegos and has ties to collapsed supply chain finance company Greensill Capital.

We’re mapping our exposures and our relationships against the highest-emitting industries and attacking those first. Marisa Drew, Credit Suisse

Credit Suisse has already begun de-risking both its investment banking and wealth management arms. In the former, it has reduced its risk-weighted assets by $20bn and leverage exposure by $41bn since the end of the first quarter of this year, according to its second-quarter results.

Still, the lender appears to remain committed to facilitating SFr300bn of sustainable financing to support transition strategies over the next ten years – a commitment made in July 2020.

Moreover, in August last year the bank set up a new sustainability, research and investment solutions function at executive board level with the aim of embedding and being accountable for ESG principles across the group. It is led by Lydie Hudson, formerly the company’s chief compliance and regulatory affairs officer.

Credit Suisse’s senior sustainability bankers are tight-lipped on the expected outcome of the review, but one tells Capital Monitor that they expect ESG to remain a central focus. “Sustainable transition is at the core of most European banks,” the executive says. “[Integrating ESG] doesn’t seem for any bank like a very hard decision.”

Credit Suisse intends to use its leverage as a capital provider and its advisory capabilities to help its clients make the transition to a lower-carbon economy. It has been analysing its loan book with that in mind.

The firm categorises carbon-related and climate-sensitive sectors based on client industry codes used in internal credit risk management processes, under the American and Swiss industry classification systems (NAIC and NOGA), according to its 2020 report for the Task Force on Climate-related Financial Disclosures (TCFD).

Credit Suisse recognises that it will need to cut lending – or at least ensure it funds credible transition projects – in certain areas if it is to meet its overall net-zero ambitions. The group has committed to achieving net-zero emissions from its operations, supply chain and financing activities by 2050, with interim targets due to be published in 2030.

The new financing restrictions led Credit Suisse to turn down several transactions in 2020. In its 2020 TCFD report, the company said it had turned down 10.5% of 963 transactions assessed on the basis of potential environmental and social risks. They included bond issuances for a large thermal coal mining and power generation company and for an electricity producer, a bond refinancing for a mid-sized power generation company, and a buy-side mandate for an energy company with thermal coal mining activities. It declined to name any of the companies.

Moreover, Credit Suisse has cut its fossil fuel financing from $22bn in 2017 to $9.5bn in 2020, according to a Rainforest Action Network (RAN) report published in March 2021. It had been Europe’s largest financier of coal mining between 2016 and 2020, providing $2.405bn of funding to the sector, according to RAN. It was also Europe’s third-largest financier of coal power over the same period.

“Not many banks have a steady downward trend, and even fewer have fallen so much in percentage terms,” says Paddy McCully, senior analyst of energy transition at non-government organisation Reclaim Finance.

There are, though, calls for Credit Suisse to go further. On 30 April a group of investors with $2.5trn under management urged the lender to set a firm deadline for phasing out financing for the coal industry. While the bank excludes project finance for new coal power plants and mines, its coal policy does not exclude financing companies that happen to be developing new coal projects, says Reclaim Finance. 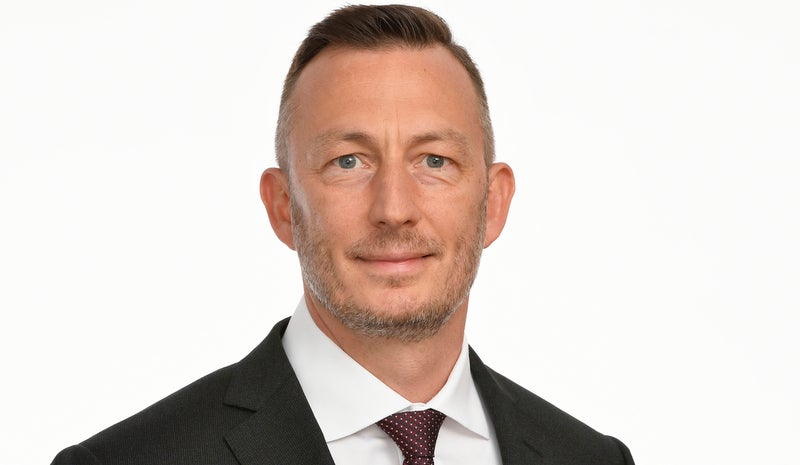 Daniel Wild, head of ESG strategy at Credit Suisse, says the bank does not yet know how it will deliver clear transition pathways across all industries. (Photo Credit Suisse)

Credit Suisse did, in February this year, commit to develop emission-reduction targets in line with the criteria of the Science-Based Targets initiative (SBTi). This sets a clearly defined pathway for companies to cut greenhouse gas emissions. Any commitment must be presented to the SBTi for official validation within two years.

Wild calls the SBTi the “most robust system for the net-zero transition”. But he admits the bank has entered into the commitment without knowing how it will deliver clear transition pathways across all industries. “No organisation knows at the moment of signing all the exposures. So that means we are taking a bit of a risk, having to execute something we don’t have full transparency over.”

One might argue that the risk is very low indeed, as there is no legal or regulatory mechanism to hold institutions to account if they miss targets.

“Credit Suisse only committed in February 2021, so could not be expected to have already submitted a target,” says McCully. “But I would be concerned that they know there are no consequences for not submitting targets, and won’t be rushing to do so.”

The banking sector in general has indeed been slow to set interim net-zero targets, confirms a new report by campaign group ShareAction. Only five banks – not including Credit Suisse – have set an overarching target, while only three – Lloyds, NatWest and Nordea – have committed to halve their financed emissions by 2030, finds the research, which was published yesterday (6 September).

Given the severity of the climate change emergency, ShareAction says it is “regrettable that many banks will not set targets and or publish plans supporting these targets for another two to three years”.

Drew and Wild say the bank is fully committed to the targets.

For instance, Credit Suisse is measuring the carbon intensity of its loan books and setting goals to reduce that through the decisions it will make on lending. “We’re looking at the highest-carbon-emitting industries, and then mapping our own exposures and our relationships against those industries and attacking those first,” says Drew.

To this end, Credit Suisse is applying its Client Energy Transition Framework to its clients in the oil and gas, coal mining and utilities/power generation sectors, covering $20.6bn of lending.

Companies are categorised according to their readiness to transition. They range from being “aligned” to “unaware”. The former refers to business being aligned to the Paris Agreement and the latter means the business shows little to no evidence of steps taken towards transition (see pie chart below).

The 12% of clients who fall into the “unaware” category could face some tough questions from the bank if they fail to present a credible transition strategy. Most clients (61%) fall somewhere in the middle.

“For those clients who don’t intend to do anything, we have been very clear that when their loans come due, if they’re asking for further lending support, we will not be in a position to provide that capital,” says Drew.

The lender says it has supported the issuance of more than $50bn of sustainable debt capital market (DCM) instruments since 2013 and has led equity capital market (ECM) deals for important ESG-related companies. It cites plant-based food producer Beyond Meat, Swedish oat drink company Oatly, and Footprint, which develops new technology to reduce plastic.

In respect of the DCM business, Credit Suisse will also be looking to boost its 2.1% market share in green corporate bonds. (It exited the public sector debt business, which accounts for the majority of green bond issuance, in 2015.) As of 2 September in all international green bonds, Credit Suisse had arranged 51 deals worth $4.7bn, well behind market leader JP Morgan with $15.8bn and a 7.2% market share. The Swiss bank has a much higher share of overall global bond fees.

Still, Credit Suisse’s growing focus on transition strategies may help it at least match its peers’ growth in transition-aligned products, such as sustainability-linked loans and bonds.

Indeed, the company expects growth in its advisory business to come from corporate strategic acquisitions of businesses aimed at improving their ESG credentials. “There’s a massive amount of capital formation at small to mid-cap [enterprise] level,” the unnamed executive says. “Most big companies will finance their transition on balance sheet, but equity formation in small to mid-cap companies is a big opportunity.”

Another area of growth for banks in the US is expected to involve providing funding to the commercial and industrial suppliers of huge retail chains, such as Target and Walmart, as they start to transform their business models with a lower-carbon economy in mind.

Ultimately, Credit Suisse understands the concerns of stakeholders, says Drew. “We have got to the accelerate the move to the global net-zero scenario, and that means we need to move toward greener solutions, including the… phasing out of coal. I would say it's multi-stakeholder pressure, but we feel the same thing; we feel the same mission.”

The trouble is, one stakeholder’s ‘mission’ tends to be different from another’s. At present, the key focus for Credit Suisse is presumably to steady the ship. Where a precise ESG strategy sits within that remains to be seen.