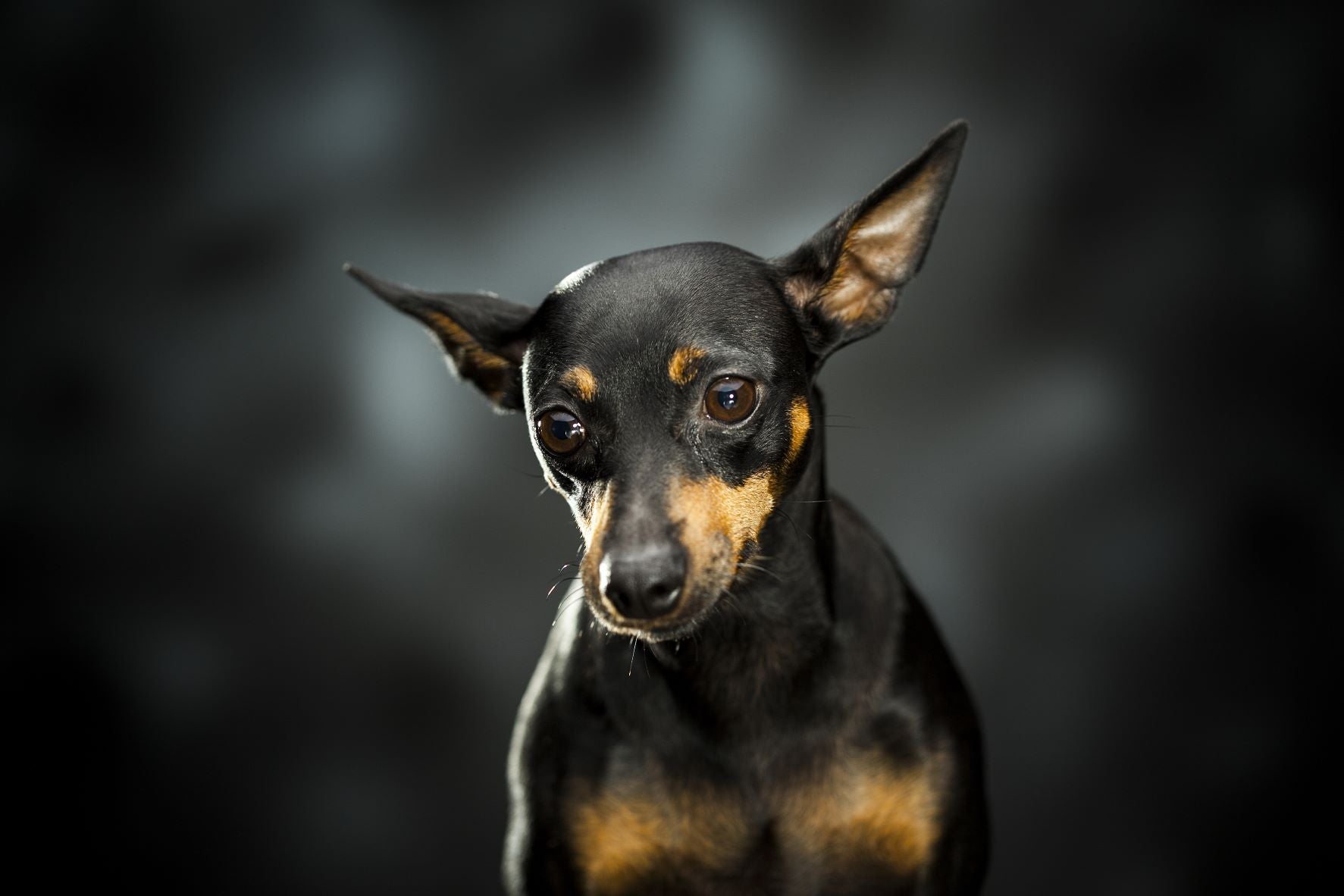 No bite? The lack of a watchdog for attaining net-zero pledges places pressure on investors to hold companies to acocunt. (Photo by immfocus studio via Shutterstock)

There are consumer protection laws and advertising standards to deter companies from mis-selling products. There are regulatory penalties and fines for inaccurate reporting of financial information. But if a company misses an emissions reduction target, there is no such clear legal mechanism for holding it to account.

One-fifth of the world’s largest companies have now set net-zero carbon goals, typically to be reached by 2050 (see graph below), and many more are likely to do so in the build-up to the UN Cop26 climate conference in November. Yet with no minimum standards or clear incentives to demonstrate progress to stakeholders, companies can put whatever they want in their pledges.

Many do not have effective carbon accounting or management strategies. Many are heavily reliant on carbon offsets, which, it is argued, simply move emissions around rather than reduce them. Around 40% do not have interim targets. In fact, just 20% of all corporate and government commitments meet the minimum requirements under the UN’s Race to Zero campaign. And, according to a new artificial intelligence-driven study, just 5% are entirely free of greenwashing.

“If we don’t agree on some common standards, the net-zero pledge bubble will end in a backlash,” says Tim Mohin, chief sustainability officer of carbon accounting firm Persefoni. “You can’t really have any hope of a meeting a goal if you don’t set out a strategy for how you’re going to achieve it – this just feels like a scandal waiting to happen.”

The situation is also frustrating for investors, which are signing up to their own net-zero initiatives in droves, with $88trn worth of capital across more than 160 firms now committed to Race to Zero. After all, their ability to honour those commitments is highly dependent on the companies they invest in.

Managing investment transition risk and alignment: Not for the faint-hearted

Match point: How to find the right cross-border payments partner

Why investment-related emissions scopes are so important

In July the Institutional Investors Group on Climate Change, which represents $14trn in assets, called on companies to produce net-zero transition plans, ensure director accountability and subject the plans to regular shareholder votes. A handful of companies, such as Nestlé, Unilever and Equinor, ran shareholder votes on their climate plans in 2020.

However, investors were generally reluctant to comment on the issue. It's likely, of course, that many have set overly ambitious targets of their own.

“It’s great that corporate leaders are creating transition plans, but we’re reaching the point where we need everyone doing it,” says Paddy Arber, head of international government engagement at Aviva Investors in London. “Everyone needs to be measured by the same yardstick. We’ve seen great progress on climate risk disclosure – that needs to happen for transition plans next.”

Some have been more explicit in their views. Institutions committing to long-term objectives without specifying how they plan to achieve them may create reputational issues for themselves, says Audun Grønn, a consultant to Norway’s central bank. Norges Bank Investment Management, the country’s sovereign wealth fund, accordingly has not set a net-zero target.

Kicking the can down the road?

An obvious issue is that most company executives and board members are unlikely to be in the same role in 30 years' time. That makes ensuring accountability for a 2050 goal very difficult.

And while ESG targets are increasingly being incorporated into executive pay, most reward packages have a far higher correlation to short-term financial targets that depend on increasing production in the short term. 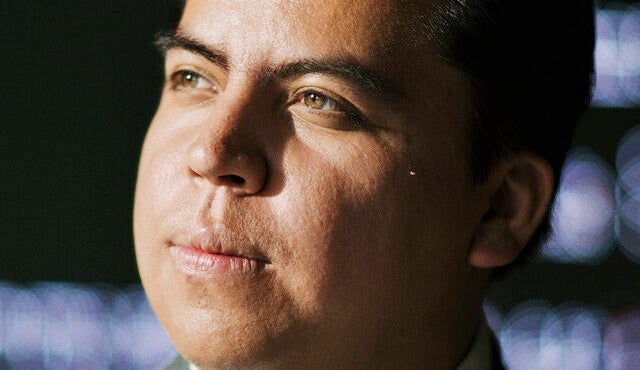 But digging deeper reveals things that do not quite add up, he adds. The lack of standardisation means companies can measure either emissions intensity or absolute emissions, for instance. There can also be differences in the source of emissions, the speed of reduction and the time frame.

These discrepancies are not necessarily anyone’s fault and highlighting them is not meant as finger-pointing – but, as Pineda says, they fuel confusion and accusations of greenwashing.

“It is a bit of a 'Wild West' out there, but that’s to be expected – the rules are either unclear or are unconsciously encouraging the wrong behaviour,” says Adam Woodhall, executive director of Lawyers for Net Zero, which helps in-house corporate lawyers build net-zero transition plans.

“Nobody knows exactly what ‘net zero’ is at the moment. But rather than unconsciously chucking tree-planting at the problem, companies need to be asking these questions.”

The UN’s Race to Zero programme says a credible plan covers all emissions, including those under Scope 3 (those not generated directly by the company setting the plan but by its suppliers or customers). It also has regular interim targets, requires regular and transparent reporting and strongly limits – or eliminates altogether – reliance on offsets.

Part of the issue is that net zero is not a legal term. The definition used by the UN-convened Intergovernmental Panel on Climate Change differs from the UK government’s definition in the Climate Change Act of 2008. Because of this, law firm CMS, which has committed to be net zero across its operations by 2025, has opted for SBTi alignment “and focuses on measurable emissions reduction, rather than offsetting”, a spokeswoman for the firm says.

Voluntary frameworks like the SBTi fill a gap left by policy. The same can be said about the proliferation of ESG standard-setters, reporting frameworks and standards boards, of which there are 614 and counting. While the sheer number can be overwhelming, together they create a policy framework for governments to pick approaches that suit them best.

There is little appetite for mandatory requirements around net zero now, though that’s likely to change in the next decade, says Brian O’Hanlon, executive director of the Center for Climate-aligned Finance. “This is predominantly an economic transformation, but unlike [other similar transitions], we have a literal doomsday clock ticking in the background, which does make governments’ role a bit more important.

“I would say that by 2030 directors will be held accountable for many more things than they are today,” he predicts.

A spokeswoman for the UK government says that it is not the government’s job to directly enforce climate commitments made by private companies, but that it is encouraging all businesses to join the Race to Zero campaign.

In the meantime, peer comparison and pressure is likely to be a guiding force.

The same is true for governments. While 192 countries committed to the Paris Agreement, there is no legal mechanism for holding most of those governments to account for missed targets – or for not setting them in the first place. Just 75 have made a specific pledge, known as a nationally determined contribution, since 2015.

There is little appetite for mandatory requirements around net zero now, though that’s likely to change in the next decade. Brian O’Hanlon, Center for Climate-aligned Finance

Independent public bodies like the UK’s Climate Change Committee play a hugely important role here in both scrutinising and advising the government on climate policy, and there are strong arguments for more countries creating them.

Litigation can also be an effective tool in bringing both governments and corporations to heel. Non-government organisation Friends of the Earth has been particularly successful in the Netherlands, winning cases that forced both the government and oil major Royal Dutch Shell to slash their emissions in line with the Paris Agreement. But these are remarkable because they are so rare; only a small fraction of all climate cases are successful.

The future in investors’ hands

But while governments answer only to voters, companies – public ones at least – are accountable to powerful stakeholders: namely, shareholders.

That places an enormous responsibility on investors, which are for their part building efforts considerably in stewardship and corporate activism. It is particularly important for huge asset managers with trillions of dollars in index fund portfolios, such as BlackRock, State Street Global Advisors (SSGA) and Vanguard. They can wield considerable power over the companies they invest in.

While SSGA has joined the Net Zero Asset Managers initiative, for instance, it is “still working through the methodology and internal processes to ensure that we honour our [stewardship] commitments”, including how to set and monitor targets.

Yet while shareholder activism is on the rise, questions have been raised about the resources big companies are devoting to it and whether they are sufficient. Many argue that more and quicker action is needed – with justifiable and fast-mounting evidence.

Greater accountability for those making net-zero pledges would perhaps inspire more urgency on this front among both investors and the corporates they invest in.