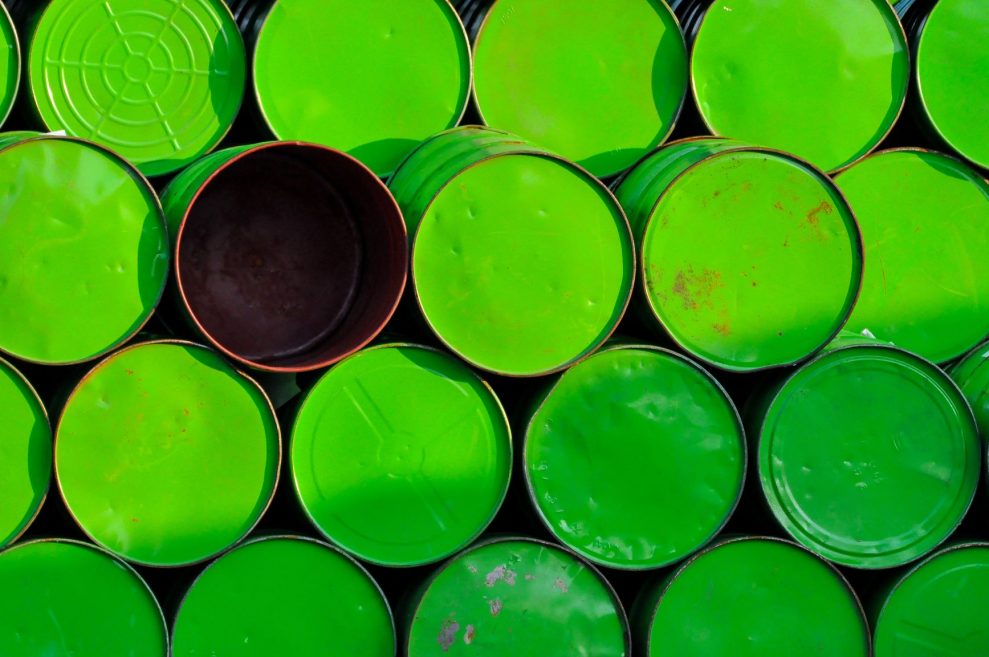 Despite huge pressure, some large asset owners are holding firm to their belief not to set long-term carbon reduction targets. (Photo by Dr.Pixel via Shutterstock)

Norway’s huge sovereign wealth fund has been working to measure and reduce climate risk in its portfolio for longer than most asset owners. But it is often criticised for not doing enough on this front, given certain decisions it has made for reasons that it clearly explains.

“Climate change has been a strategically important topic” for Norges Bank Investment Management (NBIM) since 2006, it said in its annual responsible investment report issued in March this year. The fund set that year as a baseline from which it measures emission reductions, and it has been calculating, reporting and reducing the carbon footprint of companies in its NKr11.65trn ($1.34trn) portfolio since 2014.

NBIM aims to “significantly” reduce that footprint, but has not specified an amount or schedule for doing so, said deputy chief executive Trond Grande, speaking in May at a gathering of students hosted by the IE Institutional Asset Management Club, part of the IE Business School in Madrid.

Accordingly, the fund has been steadily reducing its exposure to fossil fuels and increasing its holdings of renewable energy assets. It did its first direct deal in the latter space this year and it also has a strong focus on sustainability in its real estate investments.

What’s more, NBIM is continuously considering ways of enhancing its approach to this area. That is clear from a letter the fund sent this month to Norway’s Ministry of Finance (MoF) setting out in detail its position on climate risk strategy.

Yet such is the rather binary approach often taken these days of ‘fossil fuel bad, renewable energy good’ that any oil, gas or coal holdings in portfolios tend to be vilified and face calls for them to be sold off.

NBIM had $23.3bn invested in fossil fuel – or ‘black’ – stocks as of the end of 2020, says US research house Global SWF in its June newsletter (see chart below). This figure had nearly halved since the year before, while the fund’s listed equity exposure to renewable energy (green stocks) nearly doubled over the same period to $11.8bn.

Coal-related exposure is a fresh casualty. NBIM updated its ethical guidelines on 1 September last year with a new absolute criterion for coal and provides a list of companies that are on observation or excluded. The fund also decided in 2019 to remove oil and gas exploration and production companies from its benchmark.

It makes financial as well as ethical sense to divest from fossil fuels. By Global SWF’s calculations, NBIM’s portfolio of black stocks lost 23%, 10% and 11% in the one, two and three-year periods ending 31 December. In stark contrast, the green portfolio gained 92%, 257% and 316% over the same time frames.

As a result, says the research firm, “there is no reason for NBIM not to divest from its (still very significant) portfolio of fossil fuel stocks and use the proceeds to invest more in companies engaged in renewable energy, both listed and private”.

All this being said, NBIM is on the right track, suggests Diego Lopez, founder and managing director of Global SWF.

“The fund is taking a lot of heat [for its fossil fuel holdings] from the media and general public lately, including from us,” he tells Capital Monitor. “But the reality is that they are best in class [for portfolio governance and sustainability], especially when it comes to other sovereign wealth funds.”

Indeed, Global SWF handed NBIM a 96% rating this month for its governance, sustainability and resilience efforts, on a par with New Zealand Superannuation Fund. Only Australia’s Future Fund ranked higher, with 100%.

Ultimately, NBIM hangs on to certain fossil fuel assets because it feels it can have a positive impact on the companies in question. After all, it is clearly not doing so for profit, as Global SWF points out.

The fund’s carbon footprint measurement helps it in this regard. Yet it has preferred not to set a specific emission reduction target nor adopt a climate-adjusted equity benchmark, for related reasons that we explore in this article.

In any case, its equity portfolio’s carbon footprint has halved in the seven years since, despite the fund growing in size. Based on its percentage holdings in each company, the equity portfolio’s total emissions amounted to 92.4Mt of CO2 equivalents in 2020, 14% lower than the previous year, says its responsible investment report.

NBIM’s lack of a carbon-cutting target is related to the fact that the fund must be managed close to the benchmark index, fund spokesman Line Aaltvedt tells Capital Monitor in an email.

The MoF could quantify a target for the fund’s carbon footprint, either explicitly in the mandate or implicitly by choosing a climate-adjusted benchmark index. NBIM says such a change would have consequences for how the fund is managed and which assets it invests in.

NBIM’s lack of a carbon-cutting target is related to the fact that the fund must be managed close to the benchmark index. Line Aaltvedt, Norges Bank Investment Management

All the portfolio investments are managed within a limit for an expected relative volatility (tracking error) of 1.25 percentage points, Aaltvedt says. “If a target were set for reducing carbon emissions in the portfolio, NBIM would have to draw on the volatility limit to meet the target. This deviation from the index would not necessarily improve the fund’s return and risk characteristics.”

A further issue is that there are several climate-adjusted equity indices available from firms such as FTSE Russell and MSCI, but there is no industry standard for their design, says NBIM in the letter. “Climate-adjusted indices will therefore be less transparent and verifiable than the current benchmark index,” it adds. They also do not tend to include small companies “so are less representative of the global equity market and far less diversified”.

Other asset owners with a strong focus on climate risk also prefer not to set long-term carbon targets. Canada’s Ontario Municipal Employees’ Retirement System (Omers) has not committed to a longer-term net-zero emissions objective for its portfolio, preferring to target what it sees as more feasible, shorter-term goals, as reported by Capital Monitor.

To have realistic, intermediate targets is more credible in my view, rather than signing up to high-flying targets for some time in the future. Audun Grønn, Consultant to Norges Bank

Audun Grønn, who retired as a special adviser to the governor of Norges Bank in June but remains a consultant to the central bank, takes a similar view. Institutions committing to long-term objectives without specifying how they plan to achieve them may create reputational issues for themselves, Grønn told Capital Monitor in May. “To have realistic, intermediate targets is more credible in my view, rather than signing up to high-flying targets for some time in the future.”

The fund acknowledges the limitations of carbon footprint measurement, saying it “provides a snapshot and says nothing about how the companies in the portfolio plan to address the low-carbon transition”.

For example, the calculations do not capture the fact that 30 of the 100 highest-emitting companies have set targets for reducing their emissions. Nor does it show that some of these 100 companies are integrated oil and gas businesses with ambitions to be important producers of renewable energy.

The calculations do not capture that 30 of the 100 highest-emitting companies have set targets for reducing emissions.

“Since 2018, for example, we have had a dialogue with 59 of the 100 highest-emitting companies," it states. "The information is also used to identify small companies with particularly high emissions. These companies are then analysed in greater depth before we decide on risk-based divestment.”

The fund also analyses how the values of companies and portfolios might change in various climate scenarios. The analyses are used to shed light on both physical and transition risk in the equity portfolio.

To analyse the equity portfolio’s transition risk, for instance, NBIM has stress-tested the portfolio using the targets in the Paris Agreement. For its submission to the MoF, it has considered climate scenarios where temperatures rise by 1.5°C, 2°C and 3°C by 2080. Based on those outcomes, it projects long-term losses of between 1% and 9% of the fund.

To calculate companies’ carbon footprints, NBIM starts with Scope 1 and 2 emissions – direct emissions and those created indirectly from purchased energy and heat, respectively. The fund follows the recommendations from the Task Force on Climate-related Financial Disclosures (TCFD) and uses data for individual companies supplied by analysis firm Trucost, covering Scope 1 and 2.

The footprint calculations do not take account of indirect emissions from companies’ value chains, which is called Scope 3. “[The latter] may be considerable but are not included in the calculations due to double-counting and different methodological approaches,” says NBIM in the MoF submission. “Emissions from companies’ value chains nevertheless provide useful information when we analyse individual companies.”

Hence the fund carries out and publishes its own analysis of Scope 3 emissions, using data from MSCI. Where there are gaps in the data, Grande said, “we need to model companies’ footprints by a proxy of the country and sector in those countries”.

Also helping to reduce NBIM’s carbon footprint is its growing exposure to clean power and sustainable real estate. The fund made its first investment into unlisted renewable energy infrastructure in April this year by acquiring 50% of the Borssele 1 and 2 offshore wind farm in the Netherlands for €1.375bn.

The fund had gained approval to invest up to 2% of the portfolio directly into renewable real assets late last year, Grande said, and will be focusing on solar and wind assets in Europe and the US: “There will be more [following the Borssele deal], but we're not rushing into this; this is a very attractive investment case for the time being.”

Meanwhile, the fund’s real estate team – another relatively new area of investment – is largely looking for sustainable buildings, Grande added, because tenants tend to want their offices to have the smallest carbon footprint possible.

“So we’re spending time on the certifications of our buildings, on refurbishments and those kinds of things, to lessen the energy and water usage and the waste in general,” he said.

One common factor across the cities that NBIM invests in is that the local authorities have set concrete targets for carbon reductions in both the short and long term, says the MoF letter. The same is true for many of the properties’ tenants, it adds.

The Norwegian fund’s approach to climate risk and carbon emissions underlines that there is often a lot more than meets the eye when it comes to fossil fuel holdings and supposedly simple ‘green’ decisions.