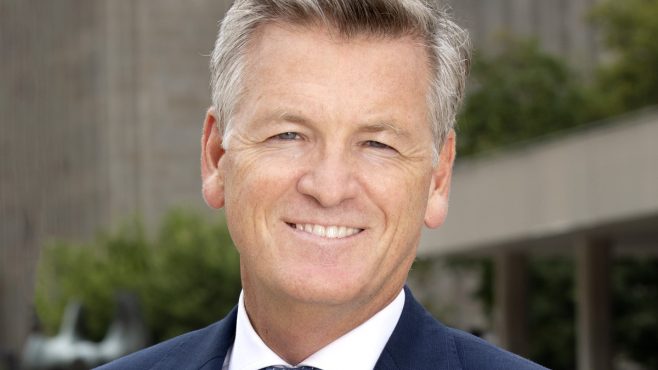 Canada’s big public pension funds are widely viewed as global leaders in both direct and responsible investing. Ontario Municipal Employees Retirement System (Omers), which manages at least 90% of its C$105bn ($87bn) of assets in-house, is a member of this influential group and has underscored its sustainability credentials in various ways.

Most recently, Omers committed in its annual report in late February to reducing the carbon intensity of its portfolio by 20% by 2025, after completing its first-ever total portfolio carbon footprinting exercise.

The methodology for the analysis was based on the recommendations of the Task Force on Climate-related Financial Disclosures (TCFD) and includes scope 1 and 2 emissions. The former are direct GHG emissions and the latter indirect ones from the purchase of power, heat or steam.

The footprint – calculated for C$80bn of public and private assets as of 31 December 2019 – was 58t of carbon dioxide equivalent (tCO2e). And the weighted average carbon intensity was 199tCO2e per million Canadian dollars in revenue.

It was a six to nine-month process, and it was pretty labour-intensive. Michael Kelly, Omers

Omers has also been ramping up its focus on the social aspects of ESG investing, Kelly told Capital Monitor during an in-depth interview last month.

But central to the discussion was the fund’s first-ever exercise to measure its portfolio’s carbon footprint.

“It was a six to nine-month process, and it was pretty labour-intensive,” Kelly says, adding that it involved a team of around a dozen people internally. “But we will redo it every year and we think it’ll get easier.

“Many companies measure the carbon footprints of their own operations. But we own hundreds of companies in a portfolio. So we engaged external advisers to help us.”

The scope of coverage by asset class is as follows:

To help analyse the public market assets, such as listed stocks and bonds, Omers engaged Trucost, a carbon data and measurement provider. Where emissions data was not available, Trucost provided estimates based on its own calculations.

According to Omers’ website: “Trucost collects the disclosure of GHG emissions for a large universe of public companies globally. In the absence of disclosure, Trucost uses its proprietary Environmentally Extended Input-Output model, which combines industry-specific environmental impact data with quantitative macro-economic data to estimate emissions.”

On the private market side, Omers had to source the data itself because it isn’t necessarily publicly available, Kelly says. That was a major task because about half of the fund’s balance sheet sits in direct holdings of real assets, such as the UK’s Thames Water or the Port of Melbourne in Australia (see pie chart below).

“We have access to [such data] through our seats on company boards or otherwise through our ownership interest,” Kelly adds. Individuals covering different asset classes helped do deeper dives into Omers’ investment holdings.

The fund also hired PwC to audit the findings in the period between when it set the carbon-reduction goal in December and announced it in March.

Another firm that closely contributed to the process is sustainability consultancy ERM. Omers and fellow Canadian fund Alberta Investment Management Corporation jointly hold a majority stake in the London-based firm, which they have now agreed to sell to private equity firm KKR.

“[The portfolio carbon footprint] will still be somewhat labour-intensive [to calculate in the future], but it’s important enough that we want to do it,” Kelly says. “It’s the only way that we can track how we’re doing against our goal on carbon reduction. We’ll see year-over-year if the progress is moving towards that and, if not, we’ll have to course-correct.”

When Omers decided internally on the carbon reduction target in December, Kelly says, only one major Canadian pension plan – CDPQ – had publicly set such a goal. Since then, two others – British Columbia Investment Management Corporation and Ontario Teachers’ Pension Plan – have done so.

However, Omers has not set a longer-term net-zero emissions objective for its portfolio. It has preferred to make a more feasible, shorter-term commitment that is aligned with the Paris climate agreement, Kelly explains. This legally binding international treaty aims to limit global warming to well below 2°C  and preferably to 1.5°C, compared to pre-industrial levels.

“Our thinking was that we wanted something that explicitly governs our behaviour today and for the next five years,” Kelly says. There has already been a slight drop in its overall energy sector exposure, for instance (see table below).

“[But] we’ll look at the longer-term commitments as well,” he adds. For instance, Omers could potentially use tools such as carbon offsets to abate any remaining emissions in the portfolio.

Certainly, there are concerns that many organisations are announcing net-zero targets without really having an idea of how they are likely to achieve them. Indeed, the chairman and CEO of Brazilian cosmetics group Natura admitted as much about his company’s own targets, in a recent interview with Capital Monitor.

Of course, measuring the ultimate impact of sustainable investments is no easy task, as Kelly acknowledges.

“When you’re going into an investment, it’s hard to quantify some of these factors because they don’t lend themselves to the kind of spreadsheet analysis you’d normally do around revenue growth and that sort of thing,” he says. “But for us as a pension plan, they are still financial metrics – just not as quantifiable as others.” Kelly did not provide any specific examples.

To some extent the true impact value of an investment will be priced in, he suggests.

For example, the value of renewable energy assets is rising because of supply and demand and as result of the transition to cleaner sources of power. “Assets that, let’s say, have better ESG metrics or ESG ‘hygiene’ are attracting more interest than assets that don’t,” Kelly says.

“The proof will be in the exit value of some of these assets, and the next institutional investor that’s buying them we know will be looking even harder at ESG factors than maybe they are today,” he adds. “The easiest way to assess this is in asset pricing.”

Of course, pricing sustainable assets appropriately will become a great deal easier when there are widely adopted standards of ESG disclosure and ratings. That is what drove the so-called ‘Maple eight’ Canadian pension fund CEOs to publicly set out their stance on this issue.

“We felt we needed better information on both climate and ESG factors generally,” Kelly says. Hence the call for more standardised disclosure and advocating TCFD for climate reporting and Sustainability Accounting Standards Board (SASB) for broader ESG issues, he adds.

Omers is putting a greater focus on diversity and inclusion beyond its investment strategy.

“There’s a lot happening in the space. The World Economic Forum has come out with standards, for example. And now the IFRS [International Financial Reporting Standards] is developing the International Sustainability Standards Board, which I think will incorporate SASB and some of the other groups emerging.”

Kelly sees the IFRS as being an influential initiative and that it is likely to make a major announcement at the UN Climate Change Conference in Glasgow in November.

Ultimately, companies need to be addressing climate risk more in their annual reports, he adds.

“The more standardised the disclosure process is, the easier it will be for smaller companies to understand what they’re being asked to do,” says Kelly. “Right now, maybe it’s overwhelming because if you’re not in this space all the time you’re not sure which disclosure programme to follow.”

While climate risk is a big focus of Omers’ investment strategy – partly because of its large exposure to the energy sector – the fund is taking note of the S in ESG too.

The 'social' aspect of sustainable investing is increasingly coming to the fore, says Kelly. The Covid-19 pandemic has notably shone the spotlight on issues such as social inequality and community relations.

In 2018, Omers had defined what it means by E, S and G for its portfolio managers as they seek to integrate these factors into the portfolio, Kelly says. “I’m looking at our policy around the 'S' part," he adds. "We think about things like labour practices, government and community relations, inclusion and diversity, health and safety.”

In fact, Omers is putting a greater focus on diversity and inclusion beyond its investment strategy too, in respect of its contracts with service providers. It wants to know that the people working on its accounts are representative of the communities they live in. Plus the law firms the fund uses give annual reporting on their inclusion and diversity issues, says Kelly.

Such action taken by respected and influential asset owners can only help drive improvements in sustainable investing best practice.