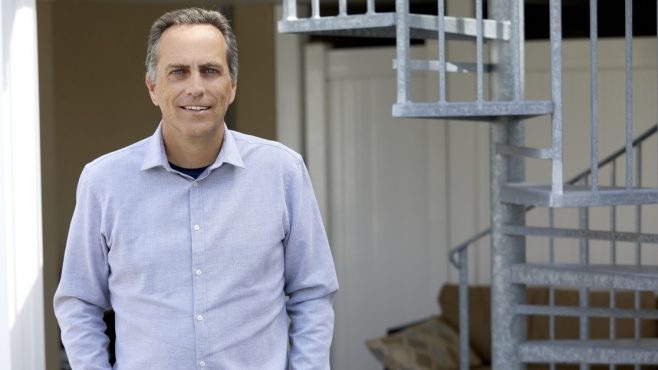 Roberto Marques, CEO of Natura &Co. The company is committed to tackling deforestation in the Amazon. (Photo courtesy of Natura)

Even as President Jair Bolsonaro does his level best to weaken protections for the Amazon rainforest, another high-profile Brazilian – the head of the country’s biggest cosmetics company – is forging a very different path.

Roberto Marques, chairman and chief executive of Natura &Co, which owns Australian beauty brand Aesop and UK firms Avon Products and The Body Shop, is a poster boy for corporate sustainability. He is on the board of the United Nations Global Compact, a sustainable initiative founded in 2000, and spoke on corporate climate action at the opening session of the World Economic Forum in March.

Natura itself has also had a long commitment to sustainability, including specifically to protecting the Amazon. When it was certified as a B Corporation – one legally required to consider the impact of its decisions on its workers, customers, suppliers, community and the environment – in 2014, it was the world’s largest listed company to achieve that status.

So it seemed only a matter of time before Natura, which last year reported revenues of 36.9bn reais ($6.9bn), entered the country’s fast-growing sustainable debt market (see graph below). The group did so with a flourish late last month, raising a $1bn sustainability-linked bond. It was the largest-ever single issuance by a Brazilian company in this format (see also table below).

The rationale was to push out the maturity of the company’s debt by some three or four years and benefit from the cost advantage of green funding, Marques told Capital Monitor in an interview last week.

The bond has two main key performance indicators (KPIs). Natura aims, by 2026, to reduce its relative greenhouse gas emissions by 13% and to increase the percentage of plastic that it recycles after use to 25% from 16% last year and 9% in 2019. If the company misses these targets, the interest rate it pays will increase by 65 basis points (bp) to 4.775%.

Second-party opinion provider Vigeo Eiris calls both the relevance of the bond’s KPIs and its ambitions “advanced”.

While the sudden enthusiasm that some companies are showing for green funding can be read with a healthy level of cynicism, for Natura it seems to be a genuine call to action.

I don’t know if five years ago we would even be structured internally to do a bond of this magnitude with this level of data and science behind [it]. Roberto Marques, Natura

“From the beginning, from the early conversations we had about [issuance], we wanted to put a stake in the ground,” says Marques. “We needed to show that the notion of finance and sustainability are not incompatible – in fact, they are converging.”

Indeed, the deal is also an indicator of Natura’s own progress in terms of financial innovation. “I don’t know if five years ago we would even be structured internally to do a bond of this magnitude with this level of data and science behind [it],” Marques says.

He credits, if that is the right word, the coronavirus pandemic with “accelerating awareness of the importance of thinking more holistically about the environment and about social impact”.

There was certainly strong demand for Natura’s issue, with orders placed peaking at $3.8bn. This allowed the banks involved in arranging the deal – Bank of America and HSBC – to tighten pricing by 12.5bp before it printed with a coupon of 4.125%.

Rating agencies’ responses also helped in respect of the pricing. In April, Moody’s gave both the company and the bond issue a Ba2 rating, while Fitch designated the issue BB, having upgraded Natura to that rating in November. The latter agency cited improvements in the group's credit profile as well as synergies from the Avon acquisition and its digitalisation plan.

The bond’s pricing was broadly in line with a green bond issued by another Brazilian company in the same week. Auto components maker Iochpe-Maxion also priced a seven-year sustainable bond at the end of April. Rated one notch below Natura at Ba3/BB-/BB-, the $400m bond has a coupon of 5.25%.

More significant, though, is that the transaction demonstrates the cost advantage of green deals for issuers.

Natura’s last visit to the bond markets was in January 2018, when it printed a $750m five-year issue at 5.375%. Given that there have been no major changes in the company’s management or strategy since then and similarly rated conventional bonds in Latin America are still pricing at a similar level (around 5.35%), Natura’s recent issue saved it 125bp. An extra two years on the tenor was icing on the cake.

The funds will be used to refinance 2.1bn reais of debt due this year and the $750m due in 2023. This helped substantially reduce the company’s net debt to earnings before interest, taxes, depreciation and amortisation (Ebitda). At the end of March, it stood at 1.18 times – a sharp improvement on 3.93 times 12 months earlier.

The fact that the bond was a 144A/Reg S issue indicates it targeted international buyers, but Natura has not published a breakdown of investors in the bond by geography or type and declined to provide one to Capital Monitor.

The company was able to broaden its investor base via the deal, Marques says: “The take-up of the bond was more diverse, more global and more international than just Latin America. A lot of ESG investors that understood what we were trying to do also participated.”

Interestingly, though, on the earnings call for the company’s full-year results in March and its first-quarter results in mid-May, there were no specific questions from analysts about the company’s ESG strategy or even, on the latter call, about the bond itself.

Still, some have referenced the company’s green credentials. In a report released on 17 May, European-based investment research firm Andri Capital described Natura as a “fast-growing ESG juggernaut”. But most analysts tend to focus on traditional metrics for assessing Natura.

Meanwhile, partners at Brazil’s Verde Asset Management see Natura as likely to benefit from the post-Covid rebound. It is one of the top ten stock holdings for the fund house, making up a 4.1% stake in its Verde Performance FIA fund.

Natura’s plans also bode well for the longer term, from a sustainability perspective at least. The company has committed to achieving a net-zero carbon footprint by 2030, and Marques is candid about the challenges that will pose.

“[Our 2030 commitments] are pretty ambitious. If you ask me whether we have all of the answers about how to get to all those targets, the answer is no,” he says with refreshing candour. “But we believe that we’re going to be able to drive the innovation that we need by bringing together a coalition of financial markets and the private sector working with a scientific community.”

Such cross-sector and cross-border collaboration will be essential if global emission reduction goals are to be achieved. And if influential individuals such as Marques can help counter negative actions by the likes of Jair Bolsonaro, so much the better.