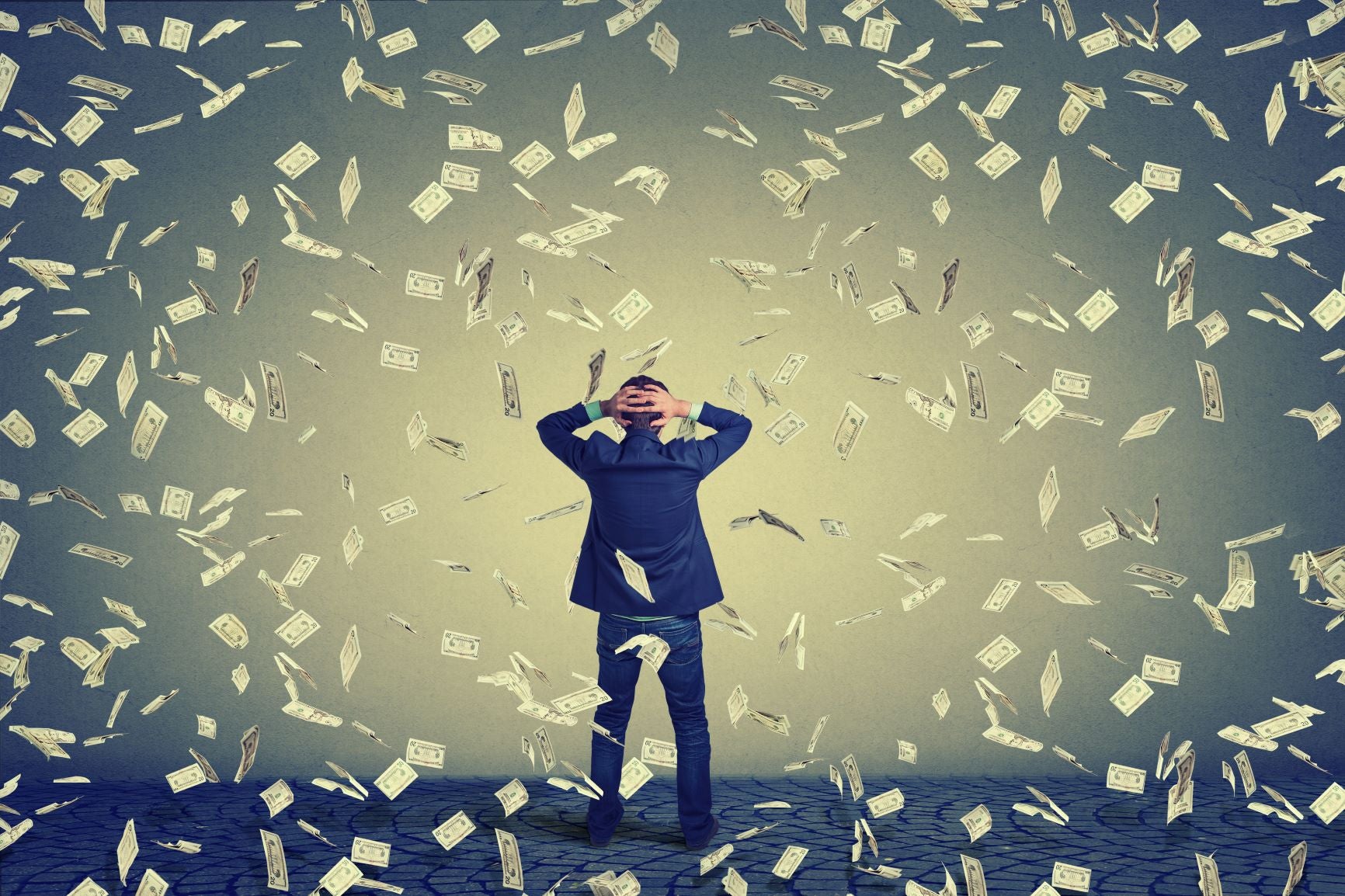 Incorporating ESG into executive pay incentives is proving a headache. (Photo by pathdoc via Shutterstock)

Corporate leaders, already under growing pressure to improve the sustainability of their businesses, are increasingly suffering consequences for their pay packets if they don’t deliver on their green promises.

Most shareholders now want to see companies link executive remuneration to ESG-related metrics, with the coronavirus pandemic having only added to this momentum.

Two-thirds of institutional investors say they want to see executive compensation linked to ESG performance, according to a survey released in November by public relations firm Edelman. It had polled 600 institutions, including asset managers, in six countries representing firms that manage a total of $20trn.

That message appears to be getting through. Nearly half (45%) of FTSE 100 companies have an ESG measure in either their annual bonus targets or long-term incentive plans (LTIPs), found research published in March by PwC and the London Business School’s Centre for Corporate Governance.

“The reality is that firms have been on a fairly rapid journey [in respect of linking executive pay to ESG measures],” says Phillippa O’Connor, London-based reward and employment leader at PwC and one of the authors of the report. She reckons that as many as 75% of FTSE 100 companies will have ESG measures in place for board remuneration by the end of the year, such is the topic’s growing importance.

Progress tends to vary by country, though, with the US lagging behind the UK, for instance – going by the admittedly rough measure of comparing the two surveys. Fully 62 of all the Fortune 100 companies still do not tie compensation to ESG goals, finds the Edelman survey. It also varies widely by industry, in the UK at least (see chart below).

Still, some US companies have been lining up to establish their ESG credentials in the boardroom.

Google intends from next year to introduce a bonus programme for the senior executive team “that will be determined in part by performance supporting” ESG goals, chairman John Hennessy wrote in a proxy statement to the US’s Securities and Exchange Commission in April.

US-Irish industrial manufacturing company Trane Technologies was more specific about its plans. In a first-quarter earnings call last month, chief executive Mike Lamach said he had revised the company’s annual incentive plan for some 2,300 managers to link directly to ESG metrics. These incorporate reducing carbon emissions and advancing diversity and inclusion. All salaried employees must now include at least one sustainability-related goal in their annual performance plans.

The most common way for companies to incorporate the ESG measure, in the UK at least, is to link it solely to the bonus, with a quarter of firms doing this, according to PwC (see chart below). Far fewer link it to the LTIP, but around one in ten do link it to both the bonus and the LTIP.

But how much of an executive’s salary should be linked to ESG metrics? The report says a typical proportion is 15–20%, and PwC’s O’Connor reckons that is about right. “For these executives, that’s still a significant amount of money. It means that they have to deliver profit in an environmentally [and] socially appropriate way,” she says.

Brazilian cosmetics giant Natura has taken this route. The company has “dashboards” for bonuses and incentives, for which it sets short and long-term milestones that it assesses yearly, says chief executive Roberto Marques. The company this year increased the percentage of an executive’s bonus linked to sustainability goals to 30% from 20%.

Natura feels this approach clearly underlines its priorities, but declined to comment on any financial benefits derived from it.

There are several drivers for the increased focus on linking executive compensation to ESG.

First and foremost is pressure from shareholders. Edelman is seeing growing demand from its asset management company clients to embed ESG considerations into their investment processes. Fund managers convey such expectations to their portfolio companies as part of their move to integrate ESG into the investment process, says Heidi DuBois, Edelman’s global head of ESG. 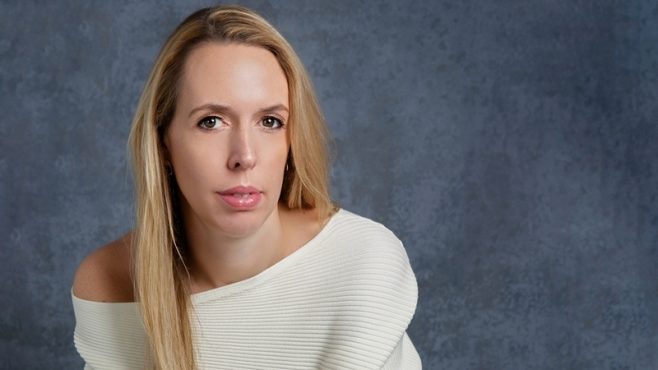 PwC's Phillippa O'Connor says companies have been on a rapid journey in respect of linking pay to ESG. (Photo courtesy of PwC)

Another driver is the simple realisation – accentuated by the coronavirus pandemic – that “it is the right thing to do”, PwC’s O’Connor says.

Athanasia Karananou, head of corporate governance at the UN-supported group Principles for Responsible Investment, supports this view: “The pandemic has brought up issues like inequality and race. All of these things have been at the forefront of many people’s minds.”

Moreover, doing the right thing tends to make sense commercially, too, in the long run. There is an increasingly strong perceived correlation between companies that are well run and those that take their sustainability responsibilities seriously. The data is seen as too scarce to make a concrete judgement on this now, but it should become measurable with a longer track record.

And then there is the reputational aspect. Chief executives are increasingly recognising the benefits of being seen as advocates of sustainability, says Tom Gosling, executive fellow at London Business School’s Centre for Corporate Governance.

“There’s an external credibility and kudos that comes from that, and it can genuinely be helpful for employee engagement,” he adds.

The intentions are good. But implementing such policies is – as ever – often easier said than done and could result in unintended consequences.

Companies can perhaps expect too much from ESG-linked executive pay, Gosling warns. By trying to micro-manage behaviour through targets, he says, companies can tie themselves up in knots.

For instance, areas of business that have not been incentivised may become under-emphasised, leading to new objectives being established. Before you know it, Gosling adds, “we have set targets for everything, and our heads have exploded in a morass of complexity”.

The best approach is for companies to embrace sustainability broadly. “Incorporating ESG for the sake of doing it for marketing greenwashing doesn’t help anyone,” says Karananou. “You need to find your appropriate ESG metrics and integrate them into your pay plan in a meaningful way. And… provide information so that you are transparent to your investors.”

Inevitably, though, some companies are resisting the ESG-linked pay trend even when their investors are behind it.

In late May, shareholders of Republic Services, the US’s second-largest refuse collector, proposed that the company integrate ESG metrics into executive compensation. They were heavily defeated, with Republic arguing there was no need for such a measure. “Sustainability is a core part of our culture and our strategy and, as such, sustainability goals are embedded in our three-year plan,” it said.

Legislation is one potential solution and such a move is under discussion in the European Union. But forcing companies to incorporate ESG metrics into their compensation packages is seen as a blunt tool.

“Regulation has the ability to accelerate things, but it needs to be very carefully crafted,” warns Karananou. “I don’t think you can ever force adherence to legislation when things are not clearly defined,” she says. A more appropriate approach is to “set the direction of travel”.

Over time, shareholder and peer pressure may do the rest.

Note: Capital Monitor will reveal its own findings on executive pay in the banking space, analysing how ESG-related bonuses are structured and how that may be influencing internal policy.