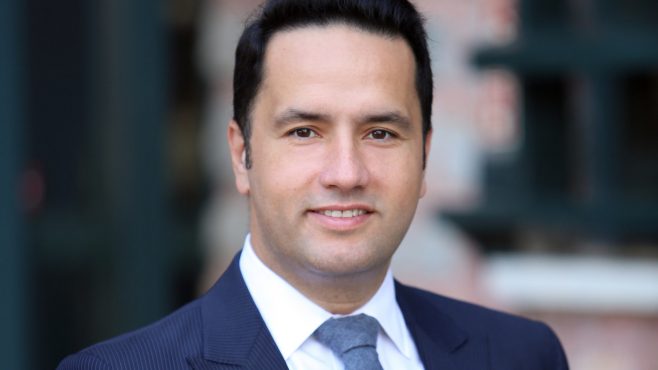 Polat Şen, CFO of Arçelik, says the company wants to be a leader on reducing Scope 3 emissions. (Photo courtesy of Arçelik)

When companies seek to reduce their carbon footprint, they tend to focus on cutting Scope 1 and 2 emissions under the Greenhouse Gas Protocol. These refer, respectively, to direct greenhouse gas emissions and those generated indirectly by the likes of electricity, heating and cooling.

Firms are generally far less inclined to take on the much trickier challenge of tackling Scope 3 emissions – those connected with a company but outside its direct control (for example, pollution created by their suppliers). Most tend to skirt around the issue or ignore it entirely.

An exception is Turkey’s Arçelik, the second-biggest white goods maker in Europe after Sweden’s Electrolux. The Istanbul-based company has – in addition to setting targets for Scope 1 and 2 emissions – committed to cutting its absolute Scope 3 emissions by 15% by 2030 from a 2018 baseline.

“[Scope 3 emissions represent] part of the chain that we don’t really own. We really take this seriously and we want to be the leaders,” says Polat Şen, chief financial officer of Arçelik, in a call with Capital Monitor.

Arçelik will use proceeds from the transaction to finance green projects in renewable energy, pollution prevention and sustainable water management.

The company intends to achieve its Scope 3 targets by reducing energy consumption per product by 45% during the manufacturing phase and by increasing the amount of recycled plastic it uses for making products – from 10% to 40% of its total plastic usage.

Arçelik is also targeting a 30% reduction in absolute Scope 1 and 2 emissions by 2030 from a 2018 baseline. It intends to achieve this by doubling the amount of power it sources from renewable energy to 15MW for its manufacturing operations and by buying all of its electricity from renewable sources for its global production sites, where feasible.

“Mainly what we’re going to do is work on energy reduction on our products… and product efficiencies,” says Şen. The company’s research and development team has been set a target of a 20% reduction in energy usage for its manufacturing by 2030.

With such aims in mind, Arçelik raised its first green bond – which was also the first for a Turkish manufacturer – in late May despite the challenge of domestic economic turbulence.

It will have helped that the company, which posted turnover of €5bn ($6bn) last year, is very much an international business. Arçelik may not be a household name, but its Beko and Grundig brands certainly are.

The coupon on the latest deal was eye-catching for various reasons. Arçelik is paying far less interest on the bond than other Turkish companies have paid on their handful of other issues this year. Indeed, it is even getting a more favourable price than on government debt.

At the end of April, Pegasus Airlines printed the first corporate bond after central bank governor Naci Ağbal was sacked after hiking interest rates, and had to pay 9.25% for its $375m ten-year issue. Similarly, port concession company LimakPort paid 9.5% for its $370m 15-year bond in mid-May.

Those levels of coupons might be expected, especially for conventional bonds, but even greener Turkish issues have struggled to achieve a coupon of less than 9%. At the end of May, Zorlu Renewables, which operates 12 renewable energy power plants in the country, had to pay 9.5% for a new $300m ten-year issue. 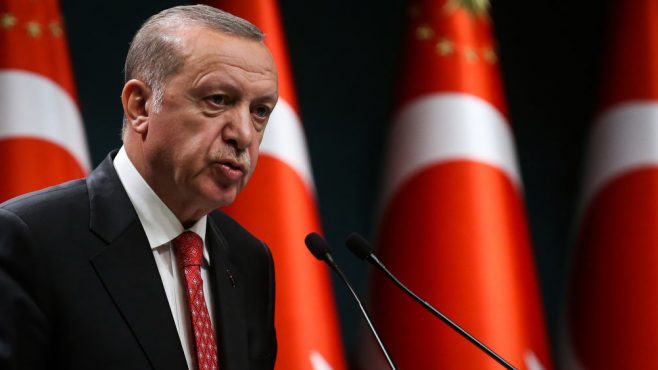 Only Akbank has been able to come close to Arçelik, and not even that close. In mid-June, the country’s second-largest commercial bank did the first offshore bank issue in five months, paying 6.8% for its $500m ten-year tier 2 sustainable bond.

Moreover, Arçelik’s bond priced more than 100 basis points (bp) tighter than local sovereign debt. At the time, Turkey’s 5.2% 2026 euro paper was trading at 104.98 to yield around 4.12%, according to the Luxembourg Stock Exchange.

Admittedly Arçelik (rated BB+/BB  by S&P/Fitch) is rated one notch higher than Turkey (B2/B+/BB-), but the yield differential took even Şen by surprise. He says it was “more than we had expected”.

However, the company could not entirely shake off its Turkish background in this case. The coupon is at least 100bp higher than for similarly rated green issues in Europe. And it is some 250bp more expensive than French industrial gas group Air Liquide’s debut €500m 0.365% ten-year green bond of late May. Arçelik had looked to such deals for comparisons.

Yet investors’ questions about Arçelik’s green bond had focused more on Turkey’s economic backdrop than on the sustainability aspects of the deal. The Turkish lira has fallen 15% against the US dollar since March, as the economy has been through what Şen calls “turbulent times”.

That is putting it mildly.

Turkish president Recep Tayyip Erdoğan sacked Ağbal, who had been central bank governor for just four months, in late March after the interest rate hike. His successor, Şahap Kavcıoğlu, became the fourth governor to hold the position in two years. He has sought to rebuild the confidence of local and foreign investors.

But after Turkey’s recurring boom-and-bust currency cycles in the past decade, “confidence is the name of the game” and Kavcıoğlu has faced “an uphill battle”, says Phoenix Kalen, a member of Societe Generale’s cross-asset research team.

The differential between the yield on Turkish government debt and on Arcelik’s green bond was ‘more than we expected’.  Polat Şen, Arçelik

So it is little surprise that the Turkish bond market has been quiet this year.

But Şen and the rest of the management team carried out two days of presentations with at least 60 one-on-one meetings. It seems to have worked, with bankers on the deal able to tighten pricing on the bond by 50bp after orders swelled to €1.6bn.

Ultimately, with the hunt for yield still the order of the day in bond markets, Arçelik’s issue was very attractive to the investors – mostly European asset managers – who bought in.

Arçelik aims to use proceeds from the transaction to finance green projects around renewable energy, pollution prevention and sustainable water management as part of its green financing framework.

Certainly, Şen stresses that the company’s sustainability goals are “a strategy” rather than “a marketing project”.

And its ambitions are important ones, because reducing the carbon footprint of homes is essential. According to Eurostat, the statistical office of the European Union, households accounted for 26.1% of final energy consumption in the EU in 2018, the last year for which figures are available. While heating takes up the largest chunk of energy used in the home (63%), ‘lighting and appliances’ account for a substantial 14.1% (see chart above). And once cooking is included, white goods may be contributing one-fifth or more of household energy usage.

Such issues are at the front of policymakers’ minds. The British government, for instance, announced new legislation for white goods in March. It aims to cut eight megatonnes of carbon emissions in 2021. That is the equivalent of all emissions from the English cities of Birmingham and Leeds – with populations of 1.1 million and 800,000, respectively – each year.

With such government pressure rising in Europe, it may be that companies increasingly look to Arçelik’s example and try to reduce their Scope 3 emissions.