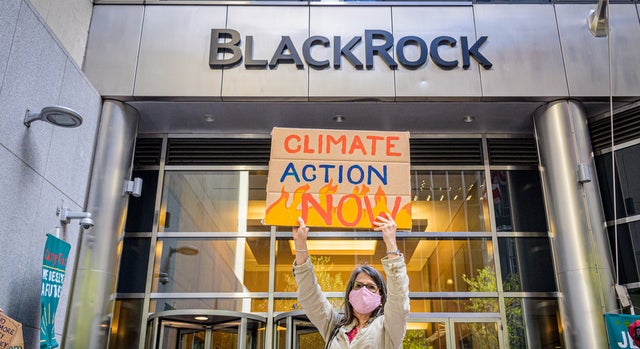 The asset management giant, like other financial firms, is under pressure to stop funding fossil fuels. (Photo by Erik McGregor/LightRocket via Getty Images)

Pressure is building on both asset managers and owners to take stewardship of their holdings more seriously in light of climate change concerns and a rising focus on sustainable investment generally. Last month, BlackRock responded by announcing it would offer wider proxy voting options to its institutional clients from January.

The surprise decision by the world’s biggest fund house was broadly welcomed. But it has also sparked questions about BlackRock’s motives, the extent to which clients would take up the option, and how much ultimate impact the move would have.

Moreover, BlackRock’s biggest peers were reluctant to say whether they would take similar action, despite growing pressure from bodies like the UK’s Taskforce on Pension Scheme Voting Implementation (TPSVI) – as Capital Monitor outlines in more detail below.

BlackRock said that around 40% of the $4.8trn in its index equity portfolios and $750bn of pooled fund assets were eligible for the new voting options.

However, while seeing BlackRock’s announcement as positive, John Rekenthaler, vice president of research at Morningstar, said in a note on 11 October: “How meaningfully this approach will change how index funds vote in corporate actions remains to be seen.”

Large institutional investors have the resources to research corporate proposals, but smaller institutions will be less enthusiastic. John Rekenthaler, Morningstar

The bigger institutional investors have the resources to research corporate proposals, “but smaller institutions will be less enthusiastic”, he wrote. “Typically, when provided the opportunity to vote, they farm out that right to proxy voting services. Most will either treat their index fund shares similarly or abstain, thereby handing their responsibility back to the fund company.”

Others were explicitly critical in their assessment of the fund house’s action.

BlackRock’s “‘power hand-off’ is an effort to lower the heat in debates about the vast and growing influence of select asset managers”, Suren Gomtsian, associate professor at the University of Leeds school of law, wrote in a letter to the Financial Times dated 13 October.

“BlackRock has been facing a dilemma over how to respond to simultaneous accusations that it has too much power and that it’s not doing enough as a responsible shareholder,” Gomtsian added. “By passing voting on to investors, BlackRock becomes a mere intermediary distanced from policy debates.”

A further caveat to BlackRock’s move is that the proxy voting option will not be available on clients’ shares that are out on loan as part of the company’s securities lending business. Around 5% – or $240bn – of the $4.8trn of BlackRock’s index equity assets are generally being lent.

“One of the problems we see consistently with proxy voting is that large asset managers like BlackRock regularly refrain from voting to collect revenues from securities lending,” Joshua Mitts, associate professor of law at Columbia Law School, tells Capital Monitor.

Big fund companies such as BlackRock have “a weak incentive to vote”, Mitt adds, as the revenues they can pocket from lending shares outweighs the potential increase in value of portfolio companies through voting. 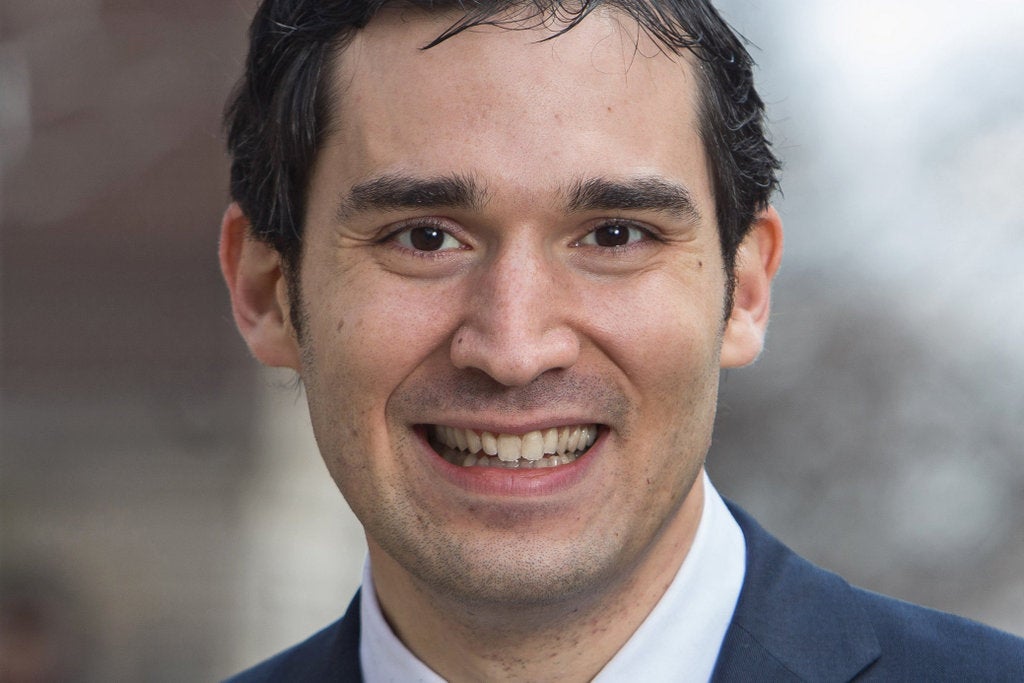 As Mitts wrote last month in the Columbia Law School Blog on Corporates and the Capital Markets, BlackRock faces a choice: collect 1% by lending its shares or recall its shares for voting, approve the proposal, and thereby increase the value of firm X’s stock by 1%. The latter is less appealing because BlackRock only collects a fraction of that increase in portfolio value.

“The message is clear: for BlackRock, shareholder empowerment only goes so far,” Mitts added in the blog. “When the price is right, BlackRock will trade away its clients’ votes for short sellers’ cash.”

Ultimately, the largest fund houses have huge clout in boardrooms. The ‘big three’ – BlackRock, State Street and Vanguard, with combined investment assets of around $21trn – retained, in aggregate, voting power over an average of 19.8% of the shares cast at annual meetings of S&P 500 companies in 2019, found a draft academic paper published by Harvard Law School in February. And this proportion is expected to grow in the years to come, said the paper.

Yet despite such influence, it is well documented that the largest asset managers have tended to vote with company management and have often abstained on ESG-focused proposals.

This is changing, however. The number of ESG-related proposals that BlackRock and Vanguard, for instance, have voted on has risen sharply in the past year (see chart below). This was largely down to a surge in support for climate-related shareholder resolutions, as Capital Monitor has reported. The number of proposals that had passed as of mid-August 2021 had already surpassed that for the whole of 2020, according to Georgeson, a provider of shareholder engagement and governance consulting services.

Responsible ownership of assets has been neglected in recent years, at least partly as a result of the growth of low-cost passive fund management, says Sarah Wilson, chief executive of London-based proxy voting firm Minerva Analytics.

She is also vice chair of the TPSVI. In September, the task force set out recommendations for implementing British pension schemes’ voting preferences after years of pushback from asset managers on such proposals.

While index-based investment is “a latter-day miracle of the financial services industry, it has led to meagre resources and attention being directed towards stewardship”, Wilson tells Capital Monitor. But there is now a renewed worldwide recognition that stewardship matters, she says.

“I am not surprised that there’s a degree of discomfort in fund management [around proxy voting for clients],” she adds. “[Fund managers'] business models have been predicated on a low-cost model and suddenly they’re finding that they’ve now got these new responsibilities that they hadn’t anticipated. Well, we’ve all got costs.”

This may help explain the reluctance of some of BlackRock’s largest rivals to comment on the issue. Capital Monitor emailed the rest of the top ten fund houses by assets to ask if they would consider extending proxy voting options to index fund clients in the near future.

A spokeswoman for State Street Global Advisors (SSGA) says the firm has "for decades" offered separately managed account clients the option to retain their voting right, to let SSGA vote on their behalf or to delegate their voting to a third party. "We continually evaluate evolving market practices and ways to deliver value to our clients, including proxy voting services,” she adds.

But she did not say whether the firm might offer proxy voting to clients of commingled funds. Passively managed assets made up $2.9trn of SSGA's $3.5trn under management as of the end of 2020, with exchange-traded funds accounting for around $900bn of the total.

Similarly, Amundi has been offering "bespoke" proxy voting choices for its "dedicated funds and mandates" for years, says spokesman Jais Mehaji. The French firm offers clients a choice between applying their own voting policy or relying on Amundi’s, with most leaving it to the fund house, he adds. Mehaji did not specify whether Amundi would consider extending the option to clients of commingled index funds.

But some companies have sought to get ahead of the curve – DWS, the asset management arm of Deutsche Bank, is one. The firm – the subject of a probe undertaken in August by German and US regulators – launched a solution in February whereby pension schemes can express their stewardship preferences in pooled funds. 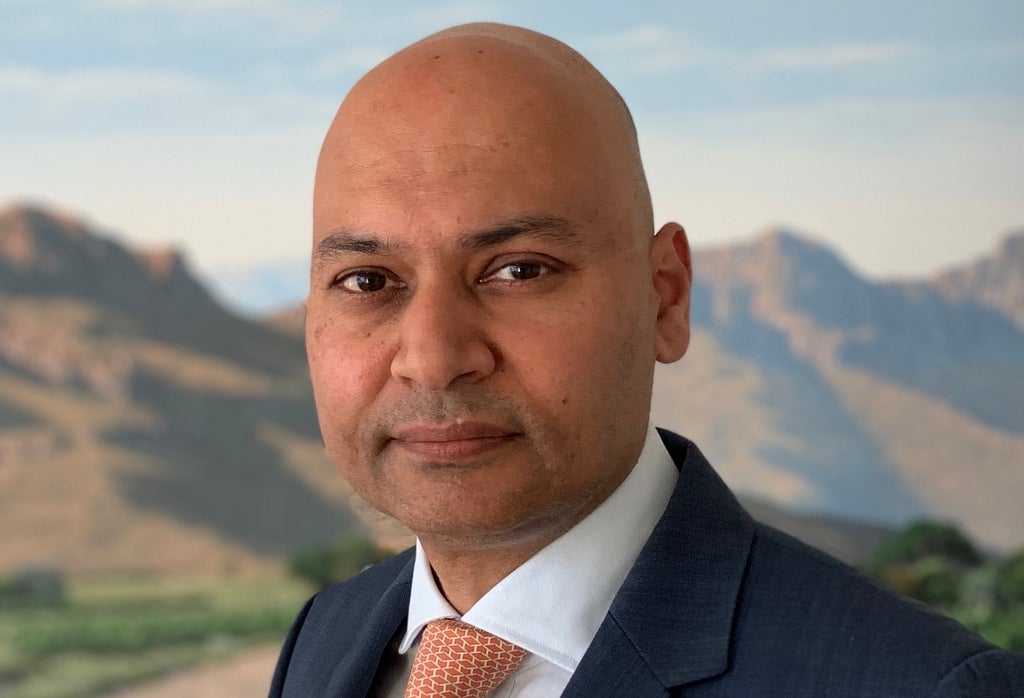 DWS's Shalin Bhagwan says there have been conflicting messages on proxy voting from the asset management industry. (Photo courtesy of DWS)

DWS developed the offering alongside the Asset Management Exchange, a fund infrastructure platform owned by Willis Towers Watson, and in partnership with Minerva Analytics and asset management and servicing firm Northern Trust.

The service is a response to the growth of low-cost passive investing, alongside growing regulatory and societal pressure on pension funds on issues such as climate change, says Shalin Bhagwan, DWS’s head of pensions advisory for the UK and of consultant coverage for Europe, the Middle East and Africa.

But promoting the service will come with challenges, he adds. “You have to remember that for a long time, pension funds and advisers believed [proxy voting] was not possible.

“There have been conflicting messages on this from the asset management industry as well,” Bhagwan admits, which has proven a hindrance to the use of proxy voting. “For a long time… fund managers for some reason or other were not able to offer the service.”

Investment consultants – on whom pension schemes, in the UK at least, rely heavily – have not helped matters. “Consultants are not always supportive of trustees wishing to be more robust on voting issues,” says the TPSVI’s September report, suggesting they fear alienating asset manager clients.

Mike Clark, founder of Ario Advisory, a UK-based consultancy for asset owners, agrees: “It is certainly the case that investment consultants can up their game on stewardship, starting with voting and engagement activity related to climate risks in their clients’ portfolios.”

Regulatory pressure may help move the needle – on the pension side too. On 21 October the UK government’s Department for Work and Pensions (DWP) backed the TPSVI, starting a consultation on providing clarity to trustees on voicing their voting preferences. The DWP is also considering mandating trustees to publish a template for reporting votes and/or engagement.

The consultation is focused above all on climate-related investment disclosure, highlighting how effective stewardship and voting are essential for tackling environmental risk.

The UK’s Association of Member Nominated Trustees (AMNT) – from which the TPSVI emerged – is also upping the ante in this area.

Pension trustees are under pressure to do more to tackle climate change, but most fund managers refuse to accept trustees’ voting policies, Janice Turner, founding co-chair of AMNT, tells Capital Monitor. Hence the AMNT is calling on the UK’s Financial Conduct Authority to take action on fund managers’ poor climate-voting records, she adds.

Rising regulatory pressure, alongside the moves by BlackRock and DWS, suggest the tide is turning. Asset managers may in future find it harder to avoid offering some level of voting rights – whatever their motives. It will then be down to asset owners to play their part.