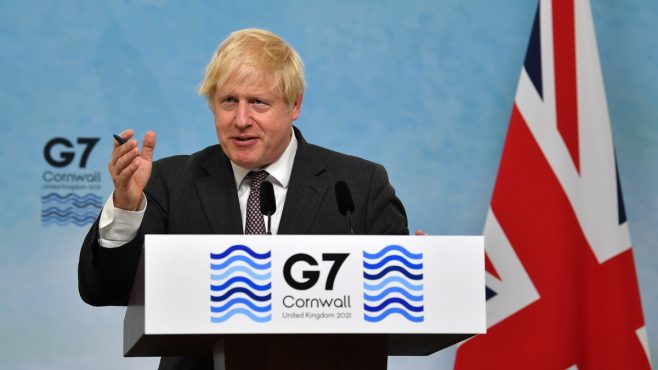 When the UK Sustainable Investment and Finance Association (UKSIF) was created in 1991, energy major ExxonMobil and car maker General Motors were the world’s biggest companies by revenues. The Gulf War was looming, following Iraq’s invasion of Kuwait over an oil dispute. In short, petroleum was central to economic and political thinking.

It’s fair to say, then, that the environment was not a priority for the financial sector, despite the signing of the Montreal Protocol on Substances that Deplete the Ozone Layer in 1989.

Three decades on, UKSIF has 260-plus member firms representing some £10trn in assets across banking, asset management, pension schemes and other financial service providers.

James Alexander, who became chief executive in the midst of the Covid pandemic in October 2020, sees the 30-year anniversary as a major inflection point for climate action. 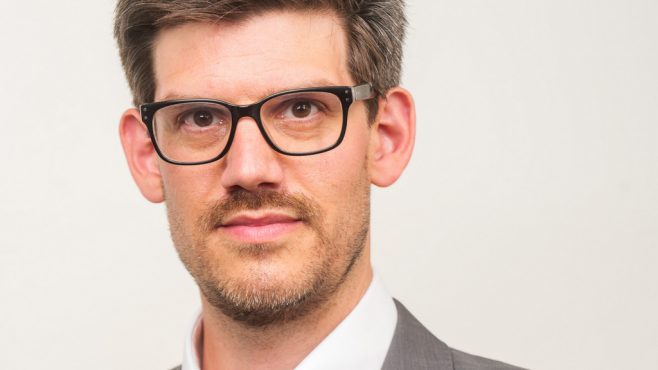 James Alexander, CEO of UKSIF: “We need to be better at communicating that [engagement with corporates on ESG] does not mean cosy chats with management.” (Photo courtesy of UKSIF)

“We’re 30 years on from the [1992] Rio Earth Summit, and 30 years away from our big goal of net zero [carbon emissions] by 2050,” he tells Capital Monitor. “We’ve come a long way. In the 1990s there were a lot of sceptics, but we’ve now got the public, industry and government wanting to act. We now have to figure out how to do that as quickly as possible.”

That’s where UKSIF sees its role. An unprecedented level of interest and concern about the climate crisis has emerged within the financial services sector.

At least 100 member firms worked on UKSIF’s landmark policy vision, which it unveiled in April. The 11-page report outlines numerous initiatives it wants the UK government to undertake, centring on eight key themes. Examples include better integration of carbon pricing into the UK’s tax system, improving collective understanding of biodiversity, and establishing a ‘Just Transition Commission’ to ensure people and communities are not left behind by the shift away from fossil fuels.

“The UK is a small country, but its financial services industry has shaped the world agenda,” says Alexander. “We now want to be the world leaders in sustainable finance – partly because we want the relevant skills and business to come to the UK, but also because we want New York and Hong Kong to see what we’re doing and do the same.”

Alexander is optimistic about the report’s prospects, explaining that several ministers are now reviewing it. He also points to recent policy achievements.

UKSIF had been publicly advocating for several things: the government to adopt standards set by the Taskforce on Climate-related Financial Disclosures (TCFD) across the economy; pension fund supervisors to place more emphasis on climate change and risk; the establishment of a new national infrastructure bank; and the government to sell green gilts. These were all included in the ten-point plan for a green industrial revolution, which Downing Street unveiled in December.

The proposals include private sector initiatives, but Alexander stresses that the government should take the lead. “This cannot just be left to financial services – the government has to have the political courage to embed the environment into decision-making across the economy,” he says.

He points to the Bank of England’s recent shift to a green mandate as an example of policymakers putting their money where their mouth is on sustainability.

We have maybe six parliaments left between now and 2050 – this government needs to show that it’s doing its one-sixth of the work.  James Alexander, UKSIF

UKSIF wants the same to happen across the government. “I want a paragraph in every section of the next Budget to explain how every single decision contributes to us achieving our net-zero target; an impact assessment for net zero,” Alexander says. “We have maybe six parliaments left between now and 2050 – this government needs to show that it’s doing its one-sixth of the work.”

UKSIF is also calling for the international aid budget to be restored to its pre-pandemic level of 0.7% of national income – the UN’s target for OECD countries.

Chancellor Rishi Sunak announced in November that the level would be cut to 0.5% as a temporary spending reduction to counter the pile-up of pandemic-related public debt. But the move – which amounts to $4.12bn of aid – has attracted widespread criticism,  including from overseas and within the Conservative Party.

“The UK’s international aid budget is a really important part of our global responsibility to address climate change,” says Alexander. “A lot of the poorer countries [that receive the funds] are the custodians of the natural infrastructure we all need to stay alive, so it makes total sense. We hope that decision will be reversed in the near future.”

The British government is taking steps in the right direction, though. During last week’s meeting of G7 leaders in Cornwall, it unveiled the Green Technical Advisory Group (GTAG). UKSIF is a member of the new body, alongside representatives from the Institutional Investors Group on Climate Change (IIGCC), Confederation of British Industry, Principles for Responsible Investment, and Climate Bonds Initiative.

GTAG’s first objective will be to create the UK’s own green taxonomy, before turning to disclosure rules for asset managers and corporates. Part of the challenge will be to justify divergence from other taxonomies, says Alexander. The EU sustainable finance taxonomy was the first, but the process has been muddied by intense lobbying and is far from complete. A key lesson to take from the EU’s experience is the danger of letting politics get in the way of the science, he adds.

While UKSIF feels policy changes are the key next step, it recognises the influence of its members. The ultimate question for the organisation is: what does a Paris Agreement-aligned financial services industry look like?

Alexander sees stewardship as key: “[As an investor collective] we own large chunks of the world economy, and that makes us extraordinarily powerful – in terms of access to management teams and the ability to file resolutions that can have a real impact."

There is a growing number of investor initiatives globally and in the UK working with such objectives in mind. The IIGCC in March launched a new framework for net-zero emissions alignment, while British Telecom's pension fund and the Church of England Pension Board in May unveiled Assessing Sovereign Climate-related Opportunities and Risks (Ascor), a scheme they are developing to assess the climate risk of sovereign debt.

“We’re seeing firms really thinking about how they can use that power for good,” Alexander says. “But we do need to build better public trust in the concept of stewardship.”

Investment firms have been clear that net zero does not necessarily mean divestment away from all fossil fuel-linked companies, but is about engaging with those companies to ensure they remain viable throughout the transition. Yet such a stance is often viewed as an excuse for maintaining ‘business as usual’.

“We need to be better at communicating that [such engagement does not mean] cosy chats with management over a drink,” Alexander adds. “It’s a concerted programme with specific objectives.

“What happened at Exxon is a good example of that," he says, referring to hedge fund Engine No.1’s success in getting three members voted onto ExxonMobil’s board with a view to driving change in the oil giant's climate strategy.

"The reality is that these companies would continue to exist regardless of whether our members own shares in them,” he adds. “It’s better that those shares are in the hands of somebody that cares about the future.”

Banks do, however, need to cut the amount that they lend to the fossil fuel sector for new oil and gas projects, Alexander says.

Of course, if UKSIF achieve its aims, it will no longer be needed, he admits. “Every non-profit pushing for change in the environmental space ultimately wants to no longer need to exist. If we all achieve our goals then we’ve arguably done ourselves out of a job.”

But such a utopia appears some way off yet.

“We’ve made progress in that we’ve convinced people of the need to take action, and the quality of the data and science has improved,” Alexander says. “But the next step is figuring out exactly what action we need to take – that’s what we see as our role.”

And that, as UKSIF knows all too well, will be much easier said than done.