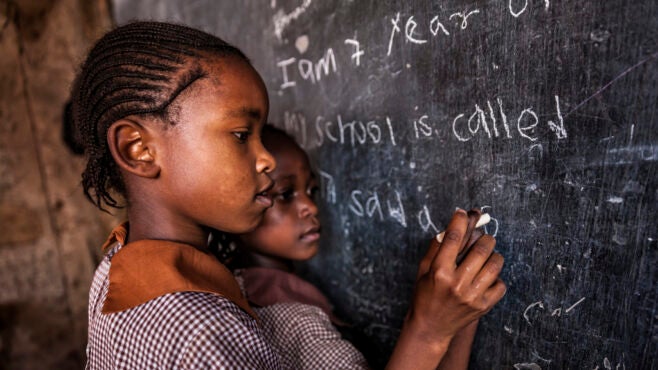 The possibility of achieving the UN’s fourth Sustainable Development Goal (SDG), Quality Education, by 2030 is under serious threat thanks to a severe shortage of investment. The United Nations Educational, Scientific and Cultural Organization (Unesco) expects the annual funding gap for education in poorer countries potentially to reach $200bn as a result of Covid-related school closures and hits to economic growth, up from $148bn in 2020 and $39bn in 2015.

Hence experts and practitioners in the sector are calling for more private capital – especially public-private partnerships such as blended finance – to support future growth, innovation and access to education. The Asian Development Bank (ADB), a Manila-based development finance institution (DFI), is among those trying to draw in more private investment, highlighting the huge need for training in digital skills, among other things.

The $5trn education sector, accounting for some 6% of global GDP, received just $300bn of the $88trn sitting in capital markets in 2020, as against $5trn going into the $8trn health care market, according to data from impact intelligence platform HolonIQ, the World Bank, the World Health Organization and rating agency S&P Global.

One brighter spot has been education technology, or ‘edtech’, which has been seeing strong investment growth in recent years, including in emerging markets. Data provider Preqin has tipped the segment to attract $404bn of capital globally by 2025, amid increased recognition of the benefits of remote learning during the pandemic. But that will still only account for 5.5% of the projected $7.3trn size of the global education market by then, Preqin says.

What's more, last year's crackdown on private tutoring in China – the biggest K-12 (ages five to 18) education market – has cast a pall over the outlook for edtech and seen stocks in the sector suffer.

Convergence provides data for blended finance models to help de-risk private investments into emerging and fragile sectors where educational needs are severely acute. The UN estimates that 258 million children and adolescents around the world do not have the opportunity to enter or complete school. In sub-Saharan Africa, for instance, fewer than four in ten girls complete lower secondary school (covering an age range from 11 to 14) and some four million children and youth refugees are not attending school at all.

And yet only $1.46bn in committed finance has been allocated to SDG 4, as against $15.8bn for SDG 3, Good Health, according to Convergence’s data on blended finance deals. Just 36 of the 690 such transactions captured by Convergence target education. And it has recorded only $350m of commitments from DFIs to date to blended finance deals in the education sector. Education only accounts for 5% of ADB's current $19.4bn in lending, for instance. 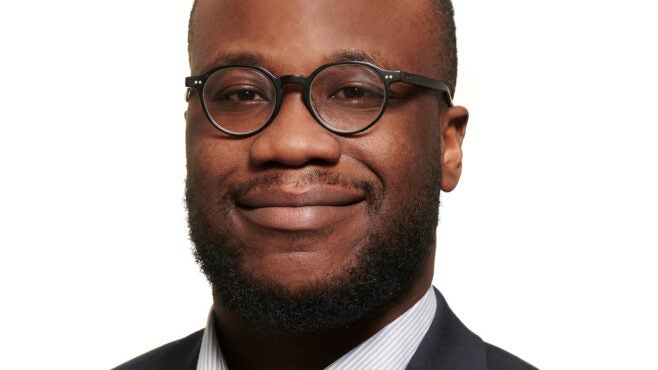 The lack of appetite is down to a variety of factors, including small deal sizes, insufficient returns or limited investor expertise in this area, Apampa says. Policy risk is also a concern that investors highlight to Capital Monitor, with China’s private tutoring ban a recent example.

Institutional investors, such as pension funds and insurance companies, typically prefer large-scale, more well-established sectors, such as financial services or energy, Apampa adds. Indeed a $400bn-plus pension scheme and an even larger sovereign wealth fund both told Capital Monitor that education was not a core investment focus for them.

A lot of investors see education as a sector reserved for the government as opposed to something that private investors can participate in. Andrew Apampa, Convergence

“There is still a big challenge in terms of achieving scale within education as a sector,” says Apampa. “And… a lot of investors see education as a sector reserved for the government as opposed to something that private investors can participate in. Those are the sort of barriers you are also having to navigate.”

Convergence says 64% of the blended finance education deals it has tracked are smaller than $50m, with a median size of $31.5m. By comparison, health care transactions have a median size of $50m, with 29% over $100m in size, led by large-scale international facilities like the International Finance Facility for Immunisation or the Africa Medical Equipment Facility.

Amitabh Brar, an education finance specialist based in Washington, DC, confirms that education is a very fractured market with no large businesses to attract big private investors. “Where the money is flowing in blended finance is in the large transactions.”

Moreover, impact investors typically expect annual investment returns around the mid-teens in terms of percentages. But higher transaction costs because of smaller deal sizes in the education sector can lead to lower-than-average returns, Brar says. "But the counterpoint here is that education investing also tends to be a lower risk compared to other impact sectors, since families really value education for their children."

Another issue Brar points to is that investors – especially Western impact-focused players – face a moral dilemma: should they even be investing in education? They point out that Western countries often have successful state-provided education models, he adds, so question whether Nigerians, for example, should have to pay for their own kids’ education.

In fact, some DFIs will not invest in the fee-charging sector, after International Finance Corporation (IFC), the private sector arm of the World Bank, came under scrutiny for its investment into a large school chain in Kenya, says Brar.

IFC had reportedly invested $13.5m in Bridge International Academies, a for-profit company that runs low-cost private schools across Africa. Bridge was being investigated for a complaint that it had breached Kenya's labour standards, health and safety requirements and education regulations.

The UK government’s DFI, British International Investment ­– formerly CDC – says in its 2022-2026 strategy document that it “will not prioritise new investments” into private schools. ADB, meanwhile, has not yet provided financing directly to for-profit K-12 schools, says a spokeswoman, while future proposals will be considered on their individual merits. 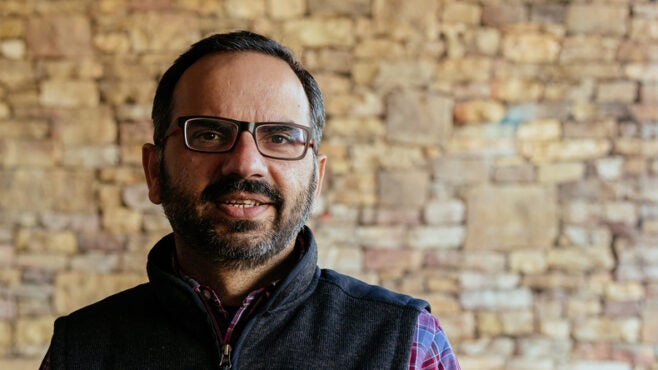 Amitabh Brar, an education finance specialist, says some development finance institutions are now not investing into the fee-charging school sector.

However, there is huge demand for private education, says Brar, with half of the children in the Nigerian capital Lagos attending fee-paying schools, and a similar proportion in India. “The demand is only going to increase… a lot of young people coming and participating in the education system are not satisfied with the public education [provided],” he adds.

But the sector is facing financial trouble. In India, for example, the affordable private school sector has been hard hit by lockdown restrictions during the Covid-19 pandemic in the past year or so, having been unable to collect school fees while continuing to pay staff and rent.

The crisis has highlighted opportunities to mobilise local capital in such countries, Apampa says. “Local financial institutions don’t often recognise education as an investable sector. So part of the challenge is getting practitioners to become more comfortable with understanding the investment opportunity and safety of [funding] private schools in developing markets.”

More familiarity with the educational sector among local institutions would help unlock lending and fuel the development of financial and investment products designed for this market.

The role of DFIs

An even more substantial move would be for DFIs to increase the level of guarantees they provide on funding. A survey published on 14 January by Convergence found that if there were more guarantors of education sector loans, it would remove some of the key barriers local financial institutions face in appraising and underwriting private schools. 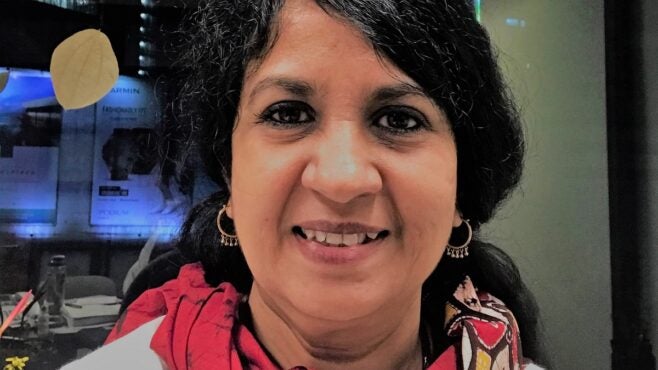 Shanti Jagannathan of the Asian Development Bank says its financing support for education has grown in terms of the number of countries it covers and the types of projects it backs. (Photo courtesy of ADB)

For the ADB, meanwhile, education only accounts for 5% of its current $19.4bn in lending. A key reason for this is that large-scale lending to infrastructure, which makes up the bulk of the DFI’s portfolio, can be absorbed and implemented in the short term, whereas educational interventions are a much longer-term proposition, says ADB principal education specialist Shanti Jagannathan.

Nevertheless, ADB’s financing support for education has grown both in terms of the number of countries it supports and the types of educational intervention it backs, Jagannathan tells Capital Monitor. The DFI, which has ongoing investments of nearly $4bn in education, expects its annual commitment to the sector to rise from $1bn in 2020 to about $1.5bn by 2023.

ADB aims to bring in more private investors, having done recent deals with private equity firms. In 2019, India’s Kaizen Private Equity (in which ADB has a stake) and the DFI each invested $12.5m for a minority stake in Phinma Education Holdings, an owner and operator of schools in the Philippines.

Last year, the ADB also sold its inaugural education bond to finance technical and vocational training in the Asia-Pacific region. The A$75m ($53m) ten-year, 1.283% deal was bought entirely by Japan’s Dai-ichi Life Insurance. The DFI has now issued a total of $161m in education bonds.

To be sure, emerging markets are not alone in seeing funding for teaching suffer amid the pandemic; the UK is another glaring example of the issue. But the trickle of capital into education in countries that need it most seems unlikely to turn into a flood any time soon.