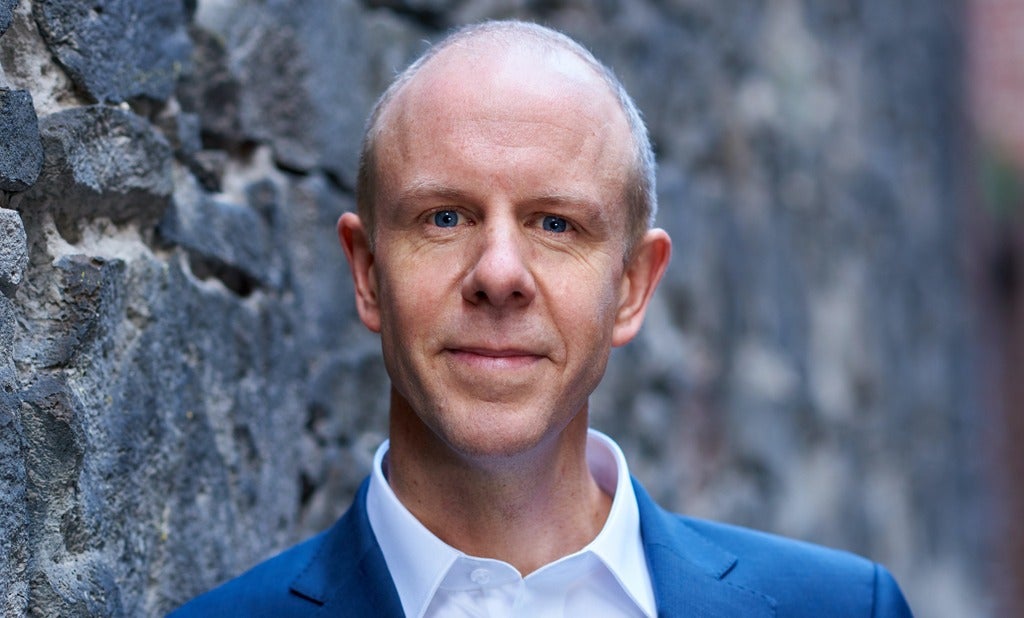 Simon O’Connor, chair of the GSIA, says demand for ESG assets is increasing irrespective of the official numbers. (Photo courtesy of GSIA)

As demand for ESG assets increase, the scope for what makes assets sustainable should eventually narrow. At least if you’re going by recent research by the Global Sustainable Investment Alliance (GSIA), that is.

This may seem counter-intuitive, but it makes sense – and is driven by how regulations and institutional investment strategies are redefining what constitutes sustainable. Some markets – notably Australasia, Canada and the EU – are leading the way in this respect, despite having somewhat different approaches.

The amount of global investment deemed sustainable grew by 55% between 2016 and 2020 to hit $35.3trn, or 35.9% of total assets under management, according to GSIA, a  collaboration of the seven largest sustainable investment associations, including those in Australasia, Canada, Europe, the UK and the US.

And yet, Europe – the recognised global front runner in ESG standard-setting – has seen its share of sustainable investment as a proportion of total assets steadily fall by nearly a third to 41.5% since 2016, GSIA indicates in a report released on 19 July (see graph below).

The only other major region to record a drop in ESG-to-total investment ratio is Australasia, and only since 2018, the GSIA data shows. Like Europe before it, Australasia appears to have reached a key inflection point in terms of regulatory definitions and standards.

In short, it is now harder to ‘greenwash’ assets in those markets – and that is clearly a positive development.

“We aren’t actually seeing fewer investors with commitments to sustainable and responsible investment in Europe and Australasia,” Simon O’Connor, GSIA chair, tells Capital Monitor. “But standards have been delineated and clarified and, in the case of Europe, articulated into law.

“[In those two markets,] you need to do more now than just make a commitment to sustainable investment to call yourself a sustainable investor,” adds O’Connor, who also heads the Responsible Investment Association Australasia (RIAA) and is co-chair of the Australian Sustainable Finance Initiative (Asfi). “As a result, the bar is lifted.”

To meet the required sustainability standards, investors now need to be able to explain what they are doing to achieve best practice and how they are achieving relevant outcomes, O’Connor says. “Effectively, how is your capital being deployed more effectively to deliver sustainability impact.”

The shrinking proportion of sustainable assets in Europe was driven in large part by a strong legislative push that now explicitly sets out sustainability standards for sustainable finance products, the GSIA report explains.

In Australia, it was down to two main factors related to how information is reported. One was a shift in sustainable investment standards expected for inclusion in regional survey data undertaken by the RIAA. The other was a change in the data source used to define the total market size based on the domestic central bank definition.

But the country’s institutional investors – most notably in its well-developed retirement sector – are having a particularly big influence on driving sustainable investment and disclosure standards.

Launched in March 2019, Asfi “was an industry-led development in the absence of government leadership” – such as that seen in Europe, the UK and Canada – to drive a sustainable finance action plan, O’Connor says. It is backed by asset managers, banks, insurers, pension funds and other institutions – which have warmed quickly to the task.

“We’ve seen examples of very fast moves by pension funds towards achieving their 2050 net-zero targets with short-term commitments,” O’Connor says. He points to retirement funds such as Aware Super, Australia's second-biggest with A$130bn ($95.8bn), and Cbus, the A$65bn scheme for the building and construction industry.

We’re now seeing a lot of pension schemes in Australia reporting against their contribution to the SDGs. Simon O'Connor, Global Sustainable Investment Alliance

In late July, Aware Super published a 12-month progress report for the Climate Change Transition Plan it launched in 2020. Emissions in its listed equities portfolio are now 45% lower than they were on 31 December 2019. This is a further 5% reduction since late 2020 and significantly exceeds the fund’s target for a 30% reduction by 2023, it said on 28 July.

And Cbus in September set a target of net-zero emissions for its property portfolio by 2030.

More broadly, O’Connor says, he is seeing improved levels of disclosure around corporate engagement and voting among institutional investors in Australia.

O'Connor again highlights Cbus as a good example of such activity. The fund “has a good annual report that incorporates SDG reporting with some really clear metrics”, he says. “They’ve gone through a process of identifying the SDGs that matter to them, to their membership, and where they can have an impact.”

Cbus lists SDGs 5, 7, 8, 9, 11, 13 and 17 as those where it feels it can invest to make a difference. The fund points to the Sustainable Development Investment (SDI) Asset Owner Platform set up in 2019 by Dutch pension fund giants APG and PGGM, saying it was asked to “contribute to the framework’s evolution”. The scheme aims to provide a common definition, taxonomy and data source for investments into the SDGs.

It has helped Australia’s progress on sustainability that the country’s financial institutions are global in nature and outlook and have already been affected by European policy developments, O’Connor says. “The goal is, in principle, to align and harmonise [ESG standards] where possible, but also ‘Australianise’ where necessary.”

He points out that Australia’s economy is far more natural resource and fossil fuel-dependent than Europe’s, and has a big agricultural sector. Hence, it will make sense to use the EU’s sustainable taxonomy and other frameworks as a foundation, O’Connor says, but with “an Australian lens applied to them”.

“We've realised that with a larger component of our economies in non-green taxonomy sectors, we are going to have to transition for us to achieve Paris Agreement targets. That means we're going to need a solution that can help us to measure the transition process and progress in transition,” says O’Connor.

This is something Canada has been an early mover on, he notes. The country has, since 2019, been developing a green taxonomy that will suit its economy, which, like Australia’s, is heavily commodities-dependent.

“Most green taxonomies developed around the world do not recognise several Canadian natural resource sectors as being ‘green’ or ‘in transition’,” said the Standards Council of Canada when announcing its plans.

The country is becoming more focused on the concept of measuring transition and areas such as sustainability lending standards, O’Connor says. Indeed Canadian pension schemes are increasingly issuing green bonds, and are so far the only retirement funds to do so, according to data provider Refinitiv.

Unlike Australia, though, Canada’s proportion of sustainable/ESG to total assets has risen since 2018, and fast.

The country seems likely soon to hit its own inflection point where that figure will need to be revised, given its efforts on this front, most notably on climate policy. It is perhaps surprising that Canada has not reached that stage already, given that it is home to some of the largest and most environmentally focused pension funds in the world.

Most recently, Ottawa launched the Sustainable Finance Action Council in May, as one of 15 recommendations set out in 2019 to mobilise sustainable finance to support Canada’s transition to a low-carbon economy. It chaired its first meeting last month, and incorporates heavy-hitting institutions and individuals such as Michael Kelly, head of the sustainable investment committee at Ontario Municipal Employees Retirement System.

Such developments are in line with Canada’s strong progress in pivoting its post-Covid-19 stimulus spending more towards green ends. “Only Canada and parts of Europe oriented their stimulus in a way that significantly shifted their trajectory, thanks to a concerted effort from early on in the crisis,” according to the latest update to the 'Greenness of Stimulus Index' (GSI) report by Vivid Economics and Finance for Biodiversity.

Canada has gone from having a negative GSI 'net environmental impact of stimulus' score in October 2020 to third place (with a net positive impact), ranking just behind the EU. Only the US’s score improved by a larger amount, but the latter still retains a net negative impact overall.

Australia made some efforts on this front, but did not manage to achieve a transformational shift through its stimulus, the report adds.

The right approach to regulation is clearly key to driving sustainable finance. But – as Australia in particular has shown – influential institutional investors can play an equally important role.