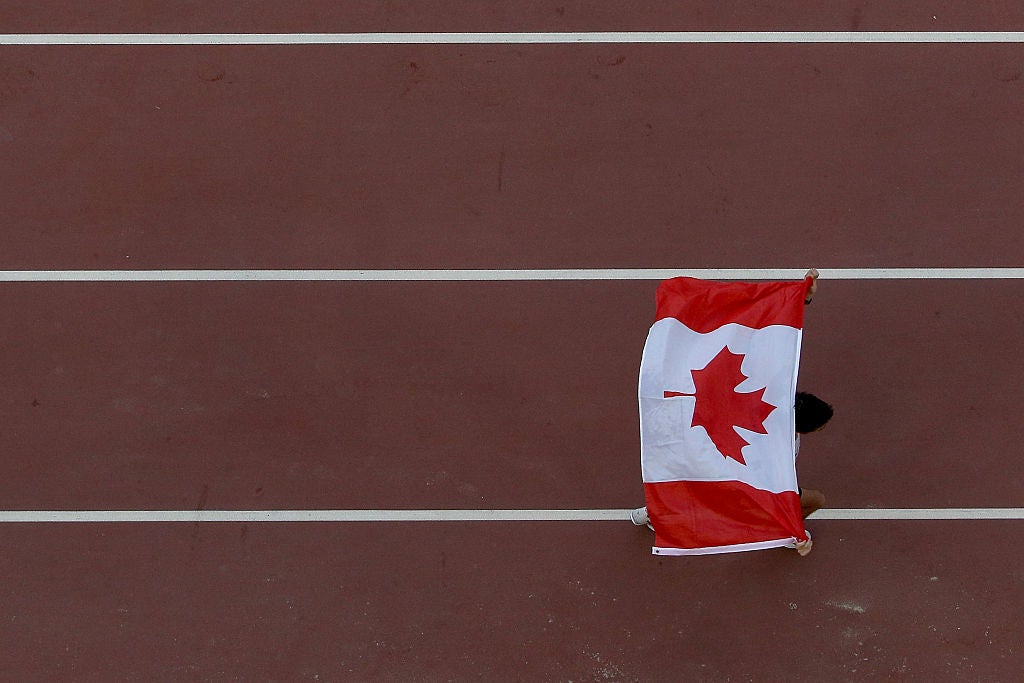 League of their own: Canadian pension funds are paving a way for green issuance among institutional investors. (Photo by Patrick Smith/Getty Images)

When it sold its first green bond in May this year, Canada’s second-biggest pension plan took a step still unheard of outside its home country – data provider Refinitiv records no green debt issuance by any retirement funds elsewhere in the world as yet.

Canada Pension Plan Investment Board (CPPIB), the country’s largest retirement fund, was the first of its domestic peers to print a green bond. It made its debut with a Canadian dollar issue in 2018 after selling its inaugural vanilla bond in 2015 (see table below). Several more green transactions have followed, including both euro and US dollar debt. The C$497bn ($396.4bn) fund has since been the most prolific issuer among its peers.

But it wasn’t the first to sell a conventional bond – that distinction goes to CDPQ, which has been issuing debt since 2003.

Canadian pension funds have so far issued around $6bn of green bonds, not including those sold by their real estate arms. Tapping sustainable financing was a logical step to take given they were already active issuers of conventional debt. CDPQ, CPPIB, Omers, OTPP and PSP Investments have sold $86.9bn of vanilla bonds between them (see graph below).

CDPQ spokesman Conrad Harrington tells Capital Monitor: “After establishing its presence in the SSA [sovereign, supranational and agency] market as a regular issuer, it was important for the organisation to incorporate its stewardship investing strategy into the debt issuance programme.”

Canadian pension plans were already regarded as some of the most forward-thinking and sophisticated investors worldwide; their sustainable issuance activity further underlines their status as pioneering institutions.

“Not many pension funds issue bonds, but the Canadian retirement sector is very well developed,” one head of debt capital markets (DCM) at a large investment bank tells Capital Monitor. “Every other country is looking at them to see what they can learn.”

So why are Canadian retirement schemes ramping up their green bond issuance now?

In CDPQ's green bond investor presentation, the C$366bn fund gives its reasons for entering this market as: optimising portfolio construction for better risk-taking; more flexibility in deploying its long-term strategy across asset classes; and increased efficiency in liquidity management.

A key motivator for Canadian funds to issue bonds is to add portfolio leverage with a view to boosting returns in light of persistent low interest rates and thus investment yields, the DCM head says.

The Canadian public sector is dominated by defined benefit schemes, with 90% of public sector funds there based on this model – more than anywhere else. This has necessitated a series of innovative and diversified steps for improving returns, of which bond issuance is the most recent.

“Pension funds look at introducing more risk into their portfolio in two ways. They can purchase riskier assets or increase leverage through bond issuance,” the DCM banker adds. “[Canadian pensions] are all leveraging a little bit – a very controlled, small amount to keep their triple A rating.”

Sebastien Betermier, associate professor of finance at McGill University in Montreal, makes a similar point: “Leverage has become important for the asset-liability management strategy of these funds. It helps to align their assets with their long-term liabilities and to optimise their asset allocation strategy.”

Green bonds typically pay a lower coupon than their conventional equivalents. And while this is still broadly the case, rising demand for debt with environmental, social and governance (ESG) characteristics has meant the cost of capital for the issuer through this so-called ‘greenium’ has been shrinking.

In any case, cash generated can be re-invested in riskier assets that pay a higher rate of interest, providing a good margin. Debt on the side also helps to increase liquidity.

CDPQ’s inaugural green bond was priced with a re-offer yield of 1.007% and a coupon rate of 1.000%. It achieved the tightest re-offer spread versus mid-swaps and Treasuries for a US dollar transaction across any tenor for the pension fund. There had been $3.1bn in orders for the $1bn issue.

Katharine Preston, Toronto-based vice president of sustainable investing at the C$105bn fund Omers, underlines the point on the cheaper cost of funding. “We are particularly interested in green bonds as an issuer," she said in May. "Many of our portfolio companies have issued green bonds, which provide attractive financing rates for qualifying projects.”

Certainly green bonds are well-suited to Canadian pension issuers. They are big, direct investors in real assets such as infrastructure and property and among the world’s leading proponents of sustainable investing and cutting emissions.

CDPQ’s strategy includes ambitious investment goals for low-carbon assets ($36bn in 2020) and a platform it calls "innovation in stewardship investing" to develop new partnerships for business opportunities. The fund will maintain a green bond register with information on the use of proceeds and uses Sustainalytics as its second-party opinion provider.

Research by McGill University shows Canadian institutional engagement in real estate and infrastructure through both the use of green bond proceeds or other financial instruments is unusually high. Even though the funds manage just 6% of global pension assets, they are responsible for 60% of the total value of direct real estate deals by pension funds.

In several Canadian cities, they retrofit buildings and raise standards through new developments they build themselves. For example, nearly all of Toronto’s financial district buildings have been or are currently directly owned and retrofitted by the major Canadian pension funds with green objectives in mind. In fact, 17 of the 26 Toronto buildings that have obtained the highest ecodesign certification have done so under pension fund ownership.

Use of proceeds from CPPIB’s green bonds include energy-efficient buildings with the highest green ratings in Calgary and Toronto, for example.

Meanwhile, QuadReal has projects in Vancouver, including its rehabilitation of The Post, a heritage post office building aiming for the highest energy-efficiency rating once complete. Funded through QuadReal’s green bond programme, the project is committed to carbon neutrality and includes features like waste heat recovery and electric vehicle charging stations.

Out on their own

Despite the advantages of issuing sustainable or conventional debt, retirement funds outside Canada may not have the same appetite for debt issuance, suggests McGill University’s Betermier. He highlights differences between large Canadian, European and US public sector pension funds, for instance.

“The Canadian model is fairly advanced. These funds work at arm’s length from the government and are well paid,” Betermier says. “That’s not something you would necessarily find in US public pension funds [for example]. These are quite constrained on compensation policy to employees, on governance structure and on public disclosure of the actions they take.”

The Canadian model is unique, he adds, in that it enables pension funds to make challenging decisions around investing in less liquid assets or adding more leverage. As a result, he expects the country’s retirement plans to continue issuing more green bonds than their peers elsewhere.

Given the size and continued expansion of Canadian public pension funds – and their growing penchant for investing internationally – this trend bodes very well for flows of capital into sustainable projects.

Joe Marsh contributed to this article.

Elisabeth Jeffries is a freelance editor and journalist who has focused on environmental, social and governance (ESG) coverage since the 2000s for a variety of titles. She has also worked as a reporter and editor for Reed Business Information newswires and for Ends Report, an environmentally focused publication.
Websites in our network