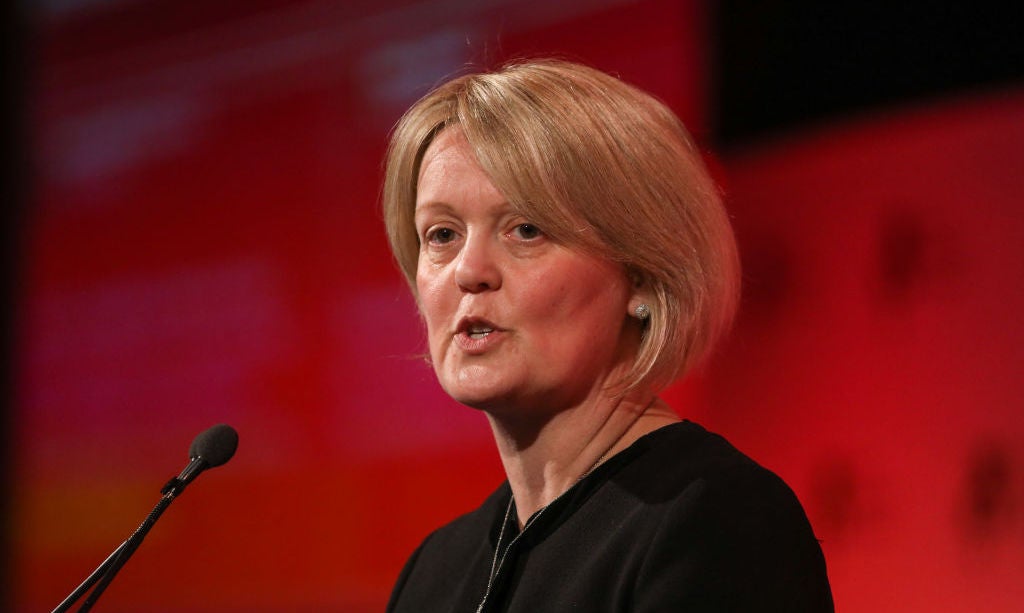 Alison Rose, CEO of NatWest, has a bonus target linked to both the group’s operational and portfolio emissions. (Photo by Chris Ratcliffe/Bloomberg via Getty Images)

Only one in four of the world’s 100 largest banks have linked chief executive remuneration to their business’s environmental impact, and transparency is often lacking in respect of such targets, shows exclusive Capital Monitor research.

This is despite growing stakeholder pressure to link CEO pay to ESG factors (as is also the case in the broader corporate universe) and proliferating public commitments by financial institutions to environmental improvement.

The findings – part of a deep dive into how the world’s most influential banks incentivise their top executives – are based on analysis of publicly available data collected by GlobalData, Capital Monitor’s sister company.

The research also shows that most environmental bonus targets do not account for financed emissions – the emissions generated by the companies the banks lend to and raise capital for. Instead, many lenders have adopted narrower operational targets relating to the emissions produced by their offices and business travel.

Eleven of the 100 banks link remuneration to sustainable finance targets. While there is no harm in this, Capital Monitor considers it odd to ignore the impact of the rest of the business. A bank could achieve an ambitious sustainable financing target by underwriting more green bonds than its rivals, for instance, but doing so would take no account for any other debt it underwrites.

Alison Rose, CEO of UK-based NatWest, considered a leader in terms of carbon-cutting plans, has an operational target but also one that covers the emissions impact of the firm’s portfolio, including goals for what it describes as impact sectors.

Dutch bank ING also has targets linked to high-impact sectors in its portfolio. The CEO’s variable remuneration is linked directly to the implementation of the group’s Terra project, which aims to help clients in nine high-emitting sectors to transition to lower emissions.

Pressure for ESG-linked pay in Europe

It is chiefly European financial institutions that set environmental targets. Of the 25 banks with any explicit environmentally linked pay, 21 are based in Europe. Three are in Asia-Pacific: China’s Industrial Bank, Japan’s Mitsubishi UFJ Financial Group and South Korea’s Shinhan Financial Group. Goldman Sachs is the only North American bank to show evidence of having incorporated environmental impact into its CEO pay, albeit on a holistic, qualitative basis.

Meanwhile, more European bank bosses are likely to find their pay linked to environmental performance following guidance published in June by the European Banking Authority. It states that staff remuneration policy should be consistent with the objectives of an institution’s business and risk strategy, including ESG risk-related objectives, corporate culture and values, and risk culture.

Greater scrutiny is also coming, at a global level, from the Task Force on Climate-related Financial Disclosures, which said in October that it wanted to increase its focus on ESG-linked pay for executives.

There also appears to be shareholder pressure on bank boardrooms. Canada’s CIBC could be the first North American bank in the top 100 that links its CEO’s bonus to a quantitative environmental target, following conversations with stockholders. The lender said this year it would introduce an ESG bonus accounting for 10% of variable pay for executives.

North American groups are more advanced in respect of the social and governance targets, such as the proportion of women in the senior management team and measures related to employee and client surveys. Of the 16 North American banks in the top 100, 12 have such goals (see chart below). Globally, 48 banks link remuneration to an environmental, social or governance target.

Taking a different approach, four banks – Dutch group ABN Amro, Japan’s Mitsubishi UFJ and Sumitomo Mitsui, and Italian firm Unicredit – have an ESG incentive linked directly to ratings or indices provided by data providers such as CDP, Dow Jones, MSCI and Sustainalytics. But it appears more transparency is needed, such as in respect of what these ratings consider.

Meanwhile, BNP Paribas and Goldman Sachs take yet another different approach to ESG remuneration, considering it as a factor but not necessarily tying it directly or solely to quantitative measures. In such cases, remuneration committees should be providing detail on how they came to a decision on CEO pay.

Lack of bonus transparency a concern

Given the importance of being able to hold executives to account for their actions, Capital Monitor has created a unique transparency score for all the banks covered in the report, focusing on how much information was publicly available.

The most transparent banks tend to be based in the UK; Barclays, HSBC and NatWest were three of the six that achieved the highest available score (100). The score took into account the disclosure of fixed and variable pay amounts, targets, key performance indicators, weights, assessments and level of detail given in evaluations of CEOs by remuneration committees.

The average transparency score was highest in North America (56), while it was 40 in Europe.

It is of deep concern that only one in four of the 100 largest banks have publicly announced environment-related incentives for their CEOs. Daniel Flatt, Capital Monitor

As far as Capital Monitor can tell, only two banks analysed have made any progress towards an approach linking remuneration with financed emissions: ING and NatWest Group.

Greater transparency is needed in Asia Pacific, where the level of public disclosure is worryingly low. The average transparency score for banks in the region is 18, with 25 out of the 40 banks in the top 100 not disclosing any CEO remuneration data.

But it was not the worst region in this regard. The three Latin American banks in the list – Banco Bradesco, Banco do Brasil and Caixa Econômica Federal – all scored zero, as did the only Middle Eastern one, Qatar National Bank. This meant no data was publicly available for the CEO’s pay.

For banks with ESG targets, there were several areas where transparency could be improved. Several banks have sustainable finance or operational targets, but do not provide specifics around those objectives or what counts as success or failure.

“Given the huge environmental challenges we face, and the influence the world’s 100 largest banks can exert on the corporate sector, it is of deep concern that only one in four have publicly announced environment-related incentives for their CEOs,” says Capital Monitor’s editor-in-chief, Daniel Flatt.

“Equally troubling is the general lack of transparency provided on how key executives are paid, with a few exceptions, as laid out in this report,” he adds. “We hope that remuneration committees look to leaders in this area, such as ING and NatWest, and choose to take a similar path very soon.”